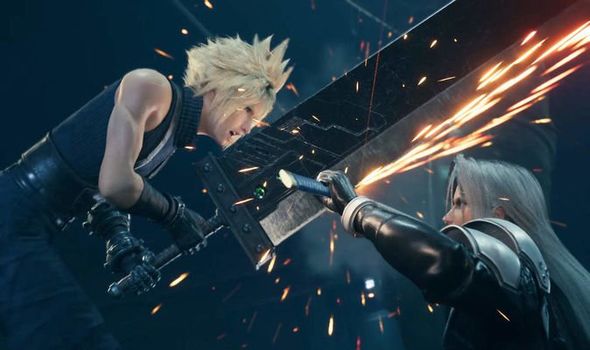 With FF7 Part 1 leaving things on something of a cliffhanger, Final Fantasy 7 fans are counting down the days until Part 2 gets a release date.

The good news is that Part 2 is out of pre-production and has now entered full development.

In a translated interview with game director Tetsuya Nomura, the FF7 lead said that the aim is to release Final Fantasy 7 Remake Part 2 as soon as possible.

“We know that everyone wants the next instalment quickly,” Nomura explains (via Nova Crystallis). “We would also like to deliver it as soon as possible.

“Since we were also able to see the line of quality from the first instalment, we hope to make the next instalment even better in quality that can make for an even better experience.

“We would like to get it out as soon as possible, so please wait for it. I think we can clearly convey the direction when we officially announce the next instalment.”

While the translation is a little rough, Nomura is likely referring to the mixed messages about the number of games that will make up the Final Fantasy 7 saga.

However, as Nomura hinted at in a recent interview with the Japanese Ultimania book, the games may eventually be split into smaller parts.

“If we divide the story into large parts, it’ll take longer to make,” he said. “If we divide it into more detailed smaller sections, then developing it will be faster.

“I hope to release the next one ASAP.”

Presumably Nomura and the team at Square Enix will make things a little clearer when they officially unveil Final Fantasy 7 Remake Part 2 in the coming months.

If you haven’t played Final Fantasy 7 Remake Part 1, then you could always try the free demo available from the PlayStation Store.

“The new demo features a lengthy segment from the very beginning of the game: the iconic bombing mission against the Shinra Electric Power Company, and the subsequent escape,” reads a PlayStation Blog post.

The mission culminates with a battle against the iconic Scorpion Sentinel. Unlike the original game, however, this battle won’t be over quickly.

“When you reach your target, you’ll encounter the Scorpion Sentinel. It may be the first boss of the game, but don’t expect this mechanical monstrosity to give you an easy ride,” the post continues.

“If you manage to beat it, don’t think you can relax – you still have to escape from the complex before it collapses around you. But did you give yourself long enough to do so…?”

If you’re still not sure whether or not to buy the Final Fantasy 7 Remake, then check out Express Online’s 5-star review.