Final Fantasy 15's unique juxtaposition of lighthearted road trip and emotionally tumultuous second half has long secured its status as one of the more divisive entries in the series. For those whose tastes gel with the game's aims just fine, there's a lot to love about its central cast. Noctis and his allies have been friends for years before the events of the game take place, and their well-accustomed camaraderie shines.

FF15 sports a solid extended cast as well, including the delightfully grandiose antagonist Ardyn and no-nonsense frenemy Aranea. Let's take a look at each of these fun fellows in turn, isolating each of their particular personalities with a single quote. Or trying, anyway. 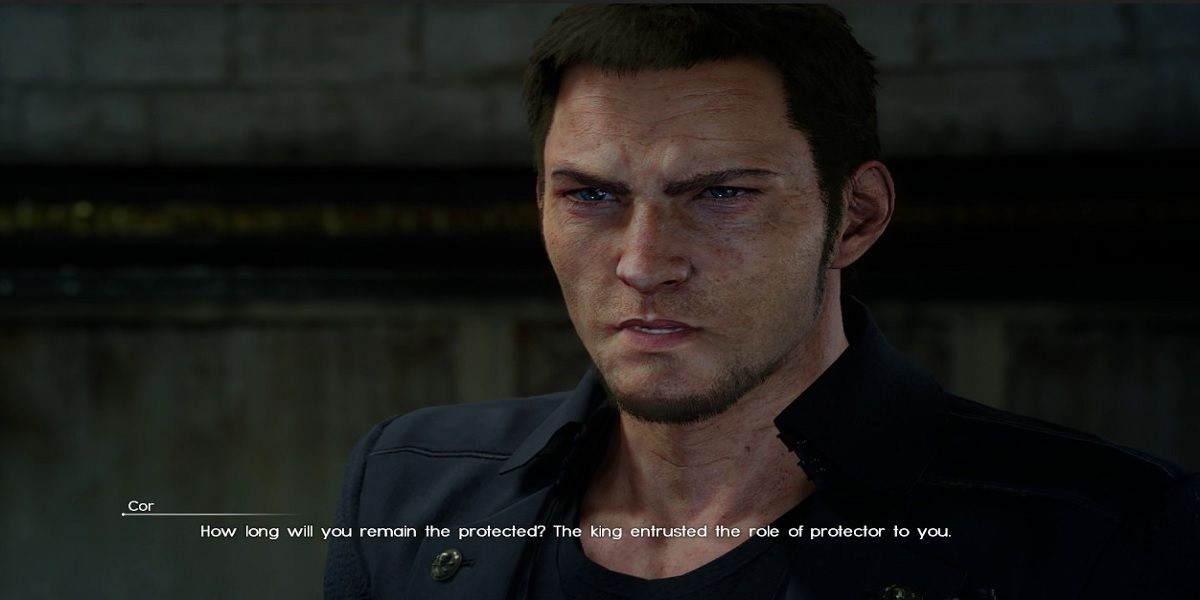 "To claim your forebears' power is your birthright and duty as king."

Cor's a good dude with a heart of gold and a heck of a sword-arm. But ultimately, he is the embodiment of the Kingdom of Lucis' virtuous ideals. He eschews most notions of self in favor of utter devotion to the Crownsguard, so it's no surprise that not only would his most defining quote regard Noctis' responsibilities as king, but we'd even chance to include a screenshot with another quote that does the exact same thing.

It's not that Cor Leonis is one-dimensional, so much as utterly committed to his cause. Which is reflected pretty neatly when all his best one-liners revolve around it. 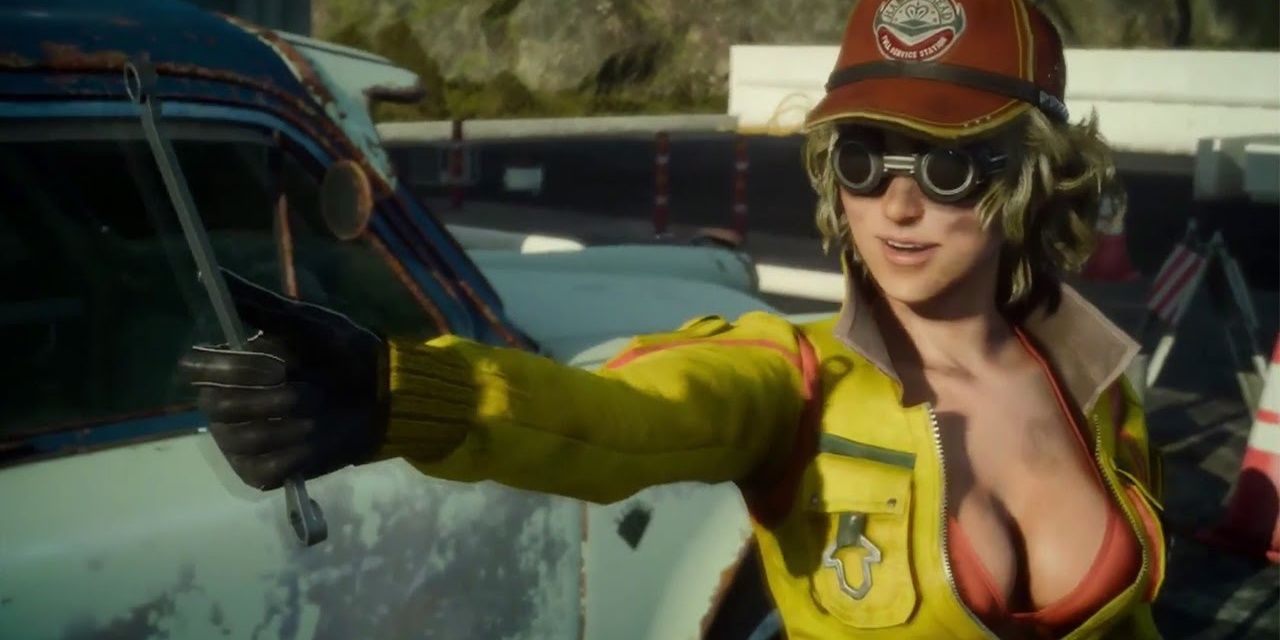 "That sounds funnier than a moogle in a chocobo race."

Cindy, granddaughter of Final Fantasy 15's mandatory Cid, is an extraordinarily talented mechanic out at Hammerhead who will fix the boys' car up right as rain. Players will snag some sidequests from her along the road to decking out the Regalia to their heart's content. Cindy's smart, but willfully simple — her love for machines-and-things is often expressed in decidedly "American Southerner" style. Is it charming or just plain silly? We're sure Prompto has an answer for that one. 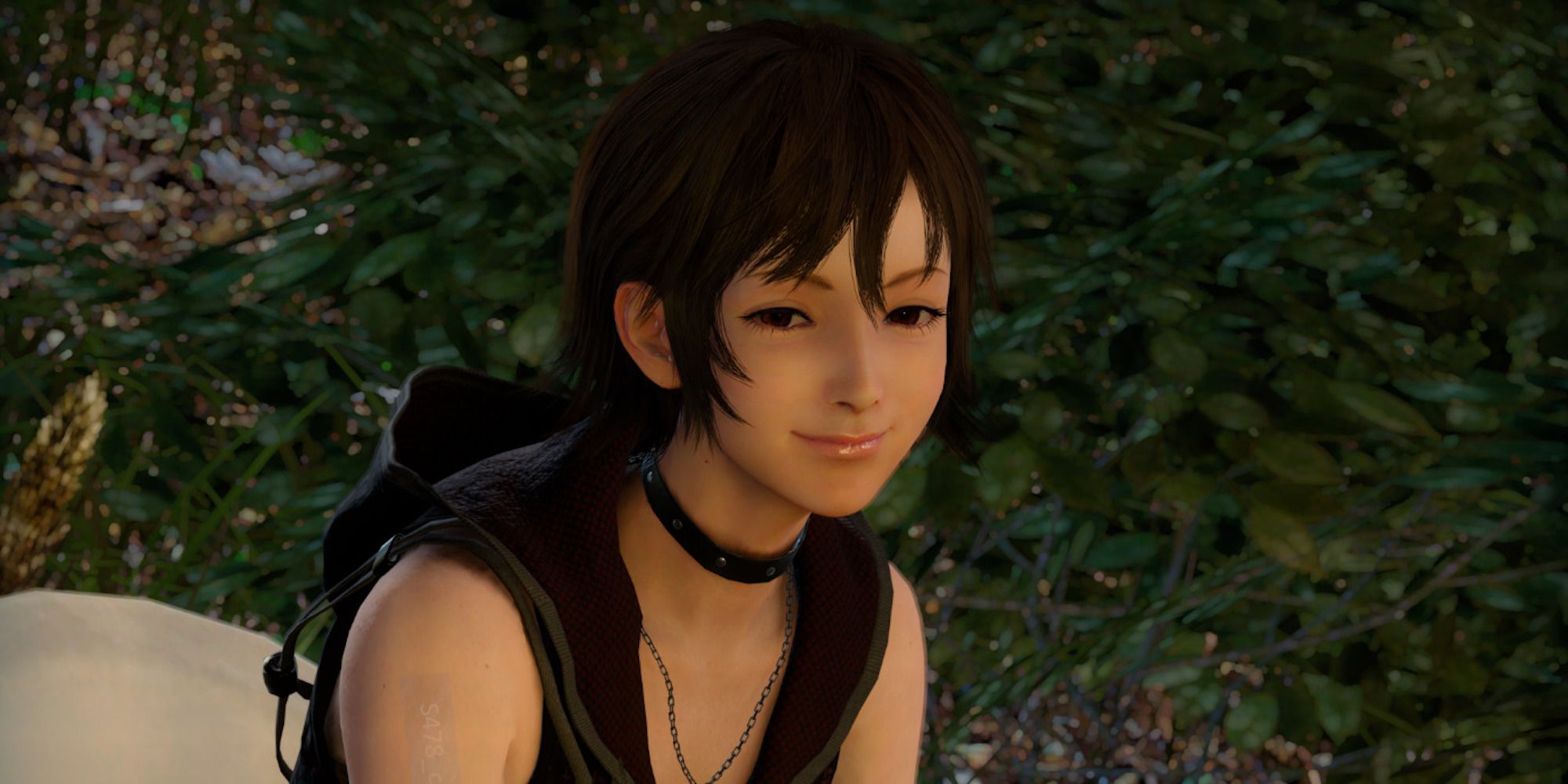 "You put your life on the life every day, so I wanted you to have a little assurance — a lucky charm."

Iris' quasi-secret love for Noctis is simultaneously cute and tragic. The Crown Prince is destined for another woman, but Gladiolus' younger sister treasures her final days alongside her dream beau before his bachelordom concludes.

Iris herself seems well aware her teenage crush can never come to fruition, but she does everything she can to root for Noctis and his pals from the sidelines. She helps as best she can, even offering a good luck charm to the team. All the sadder, then, that we never get to see her grown-up and daemon-hunting in the World of Ruin. 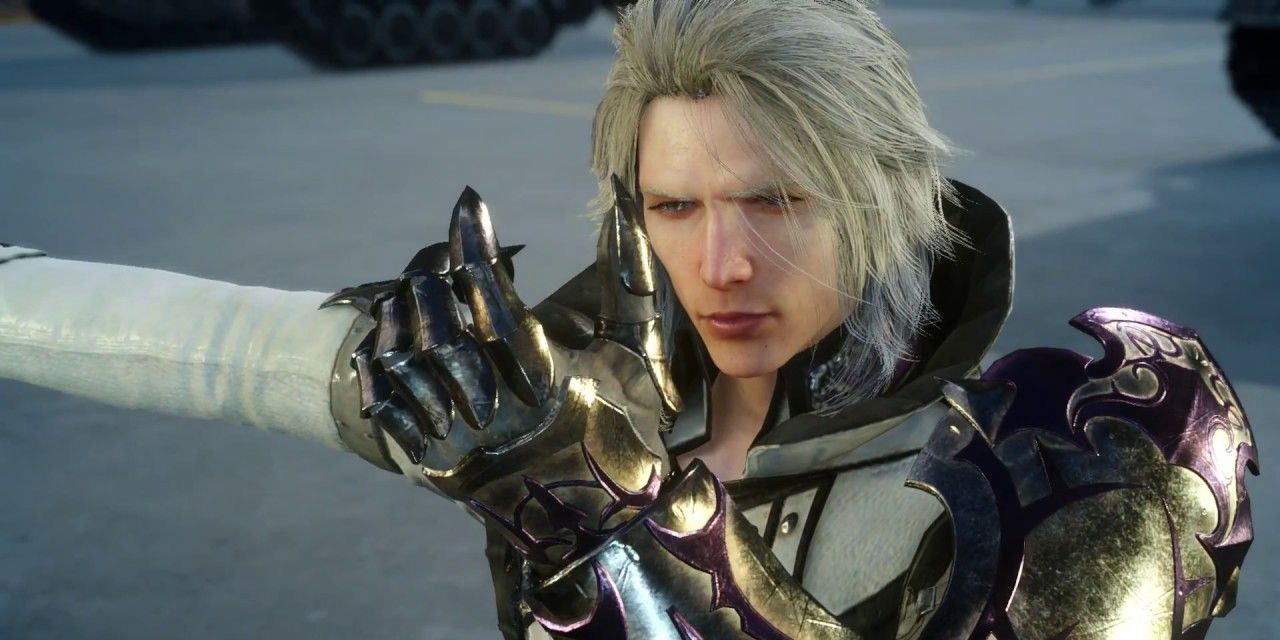 "Tell me: do you truly believe Noctis is the one True King?"

When Ravus asks Ignis to answer this question during the crisis with Leviathan in Altissia, he does so chidingly, still convinced there's no way it can be so. Ravus' distaste toward Noctis stems from two chief causes: Noctis' father did nothing to save Ravus as a boy when his life was endangered, and now a grown Noctis has the (destined) audacity to marry Ravus' sister, Lunafreya.

It's all a bit Shakespearean in nature, especially as we come to find that Ravus gradually does accept Noctis for his king shortly before perishing to an illusion of Ardyn's. In the final telling, that question that Ravus posits to Ignis comes to define the man's trajectory. 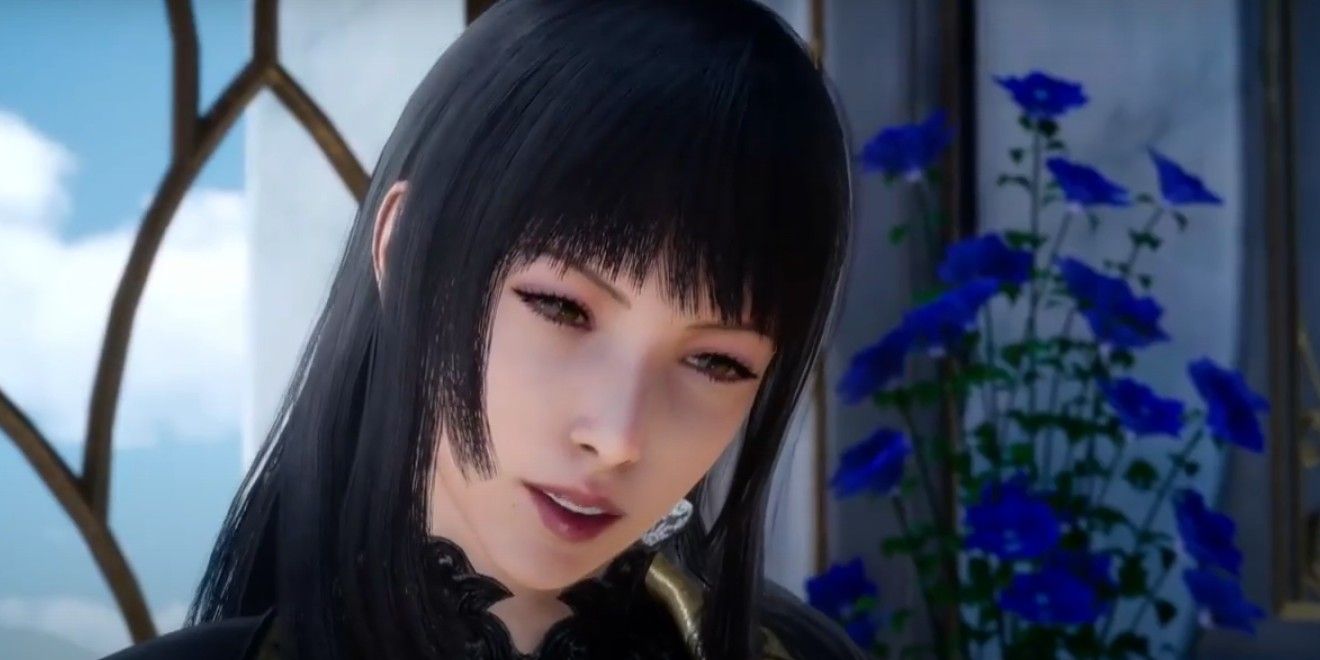 Of all Final Fantasy 15's cast, Gentiana best embodies the need to play all the game's post-release content to obtain a more satisfactory story. Gentiana, ostensibly Lunafreya's brave protector, is in fact none other than Shiva, the recurring ice-elemental summoned creature. Granting Noctis her power in Chapter 12 following Lunafreya's passing, Shiva explains a great many things about the true nature of the world of Eos, including her love for Ifrit and disdain for the thrall he's become.

In the original version of FF15, this most important bit is absent, but players who experience the Royal Edition content are then treated to Shiva kissing a defeated Ifrit in the penultimate battle, bidding him to rest now that his nightmare is ended. 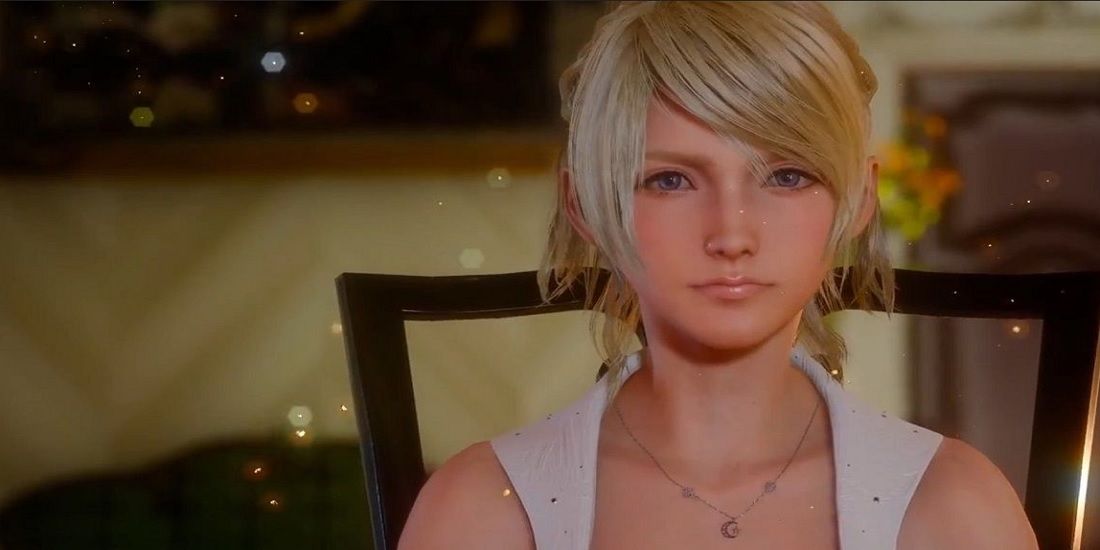 "By their blessing, by the Stars that light the heavens above, our world will be delivered from the perils of the dark."

You have to hand it to Lunafreya. She takes commitment to the next level. For almost her entire life, she knows what's coming, what she has to do, and how she must go about doing so. Even just communing with the Astrals takes a serious toll on her health, but sheer mental and emotional fortitude keeps Luna going even as the world darkens well on its way to its doom.

Death by Ardyn's hand barely seems to faze Lunafreya, so resolute and forthright in her mission. It's a relief that, in the midst of such a bittersweet ending, at least we know she's waiting for Noctis on the other side. 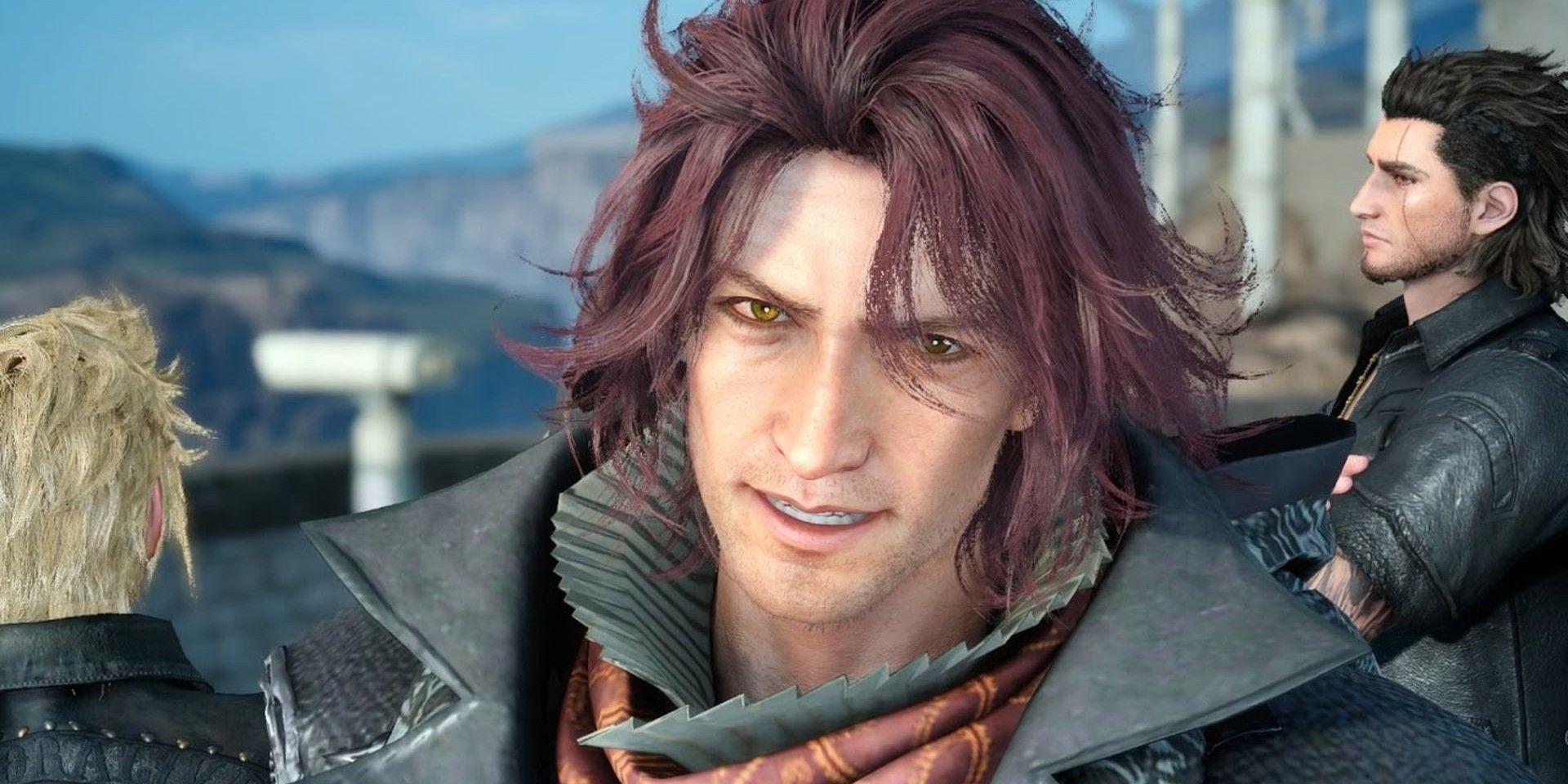 "For a moment, I felt death's chill wind, such is the might of the gods. But then, I remembered I'm immortal. Such is my blessing and curse. Your attack hurt me, nonetheless. My feelings, at least."

If there is an icon of chaotic good in the Final Fantasy canon, it's probably Ardyn Izunia. The game's central antagonist still manages to fit that descriptor, if barely; his actions might not justify his aims, but once you've played through the Episode Ardyn DLC, it's easy to see where he's coming from.

And what a bunch of zingers our chaotic good bad guy can deliver, the above just one of several sterling examples. Every word of Ardyn's oozes with the complex combination of mischief, mayhem, and total tragedy. 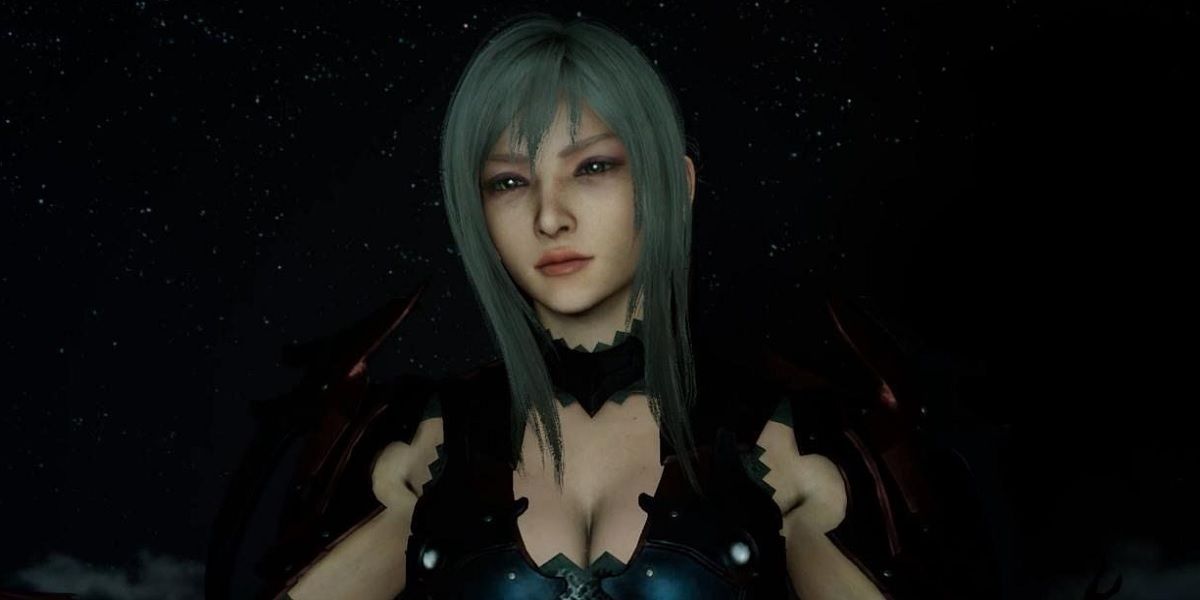 "Darkness is coming. If I were you, I'd watch my princely ass. Uh — kingly ass."

Like Ardyn, Aranea has a trove of fun lines to enjoy and a deep sense of being. The party does battle with her fairly early on before fighting alongside her some time thereafter. Such blurred lines befit a mercenary of Aranea's station. Her favorable image of the empire diminishes as she sees the depths Emperor Aldercapt is willing to comb to get what he wants.

We've chosen this quote in honor of Aranea's impressive ability to devise well-meaning smack-talk even in the most heated of moments. 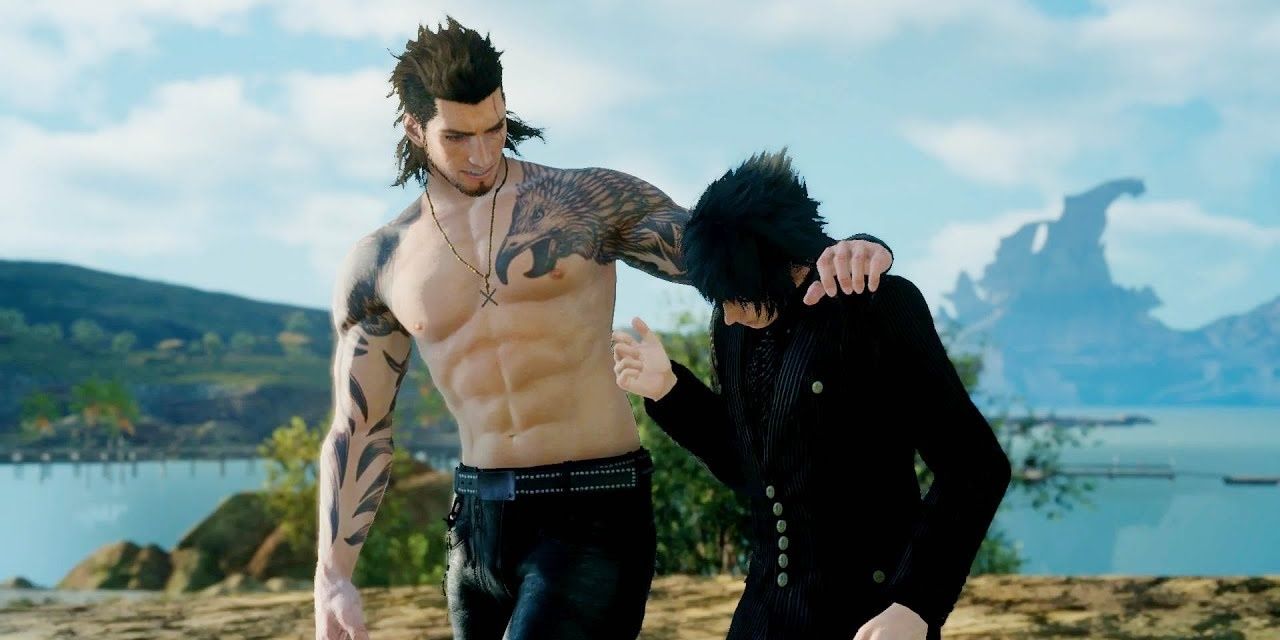 "All that's left is to make our noodle dream a reality."

This is all Square Enix's fault, you know. We would have been perfectly content quoting something more serious for everyone's favorite bodyguard bro, but they just had to introduce a Cup Noodle DLC collaboration. Overnight, Gladio transformed into the spokesperson for a corporate-spawned meme and none have gazed upon his bare chest the same way again.

The Cup Noodle quest is one of Final Fantasy 15's strangest, to be sure, and Gladio's concluding realization that "some things can't be perfected upon" — thus insinuating that the real-world instant meal product is flawless as-is — really puts a lid on it all. 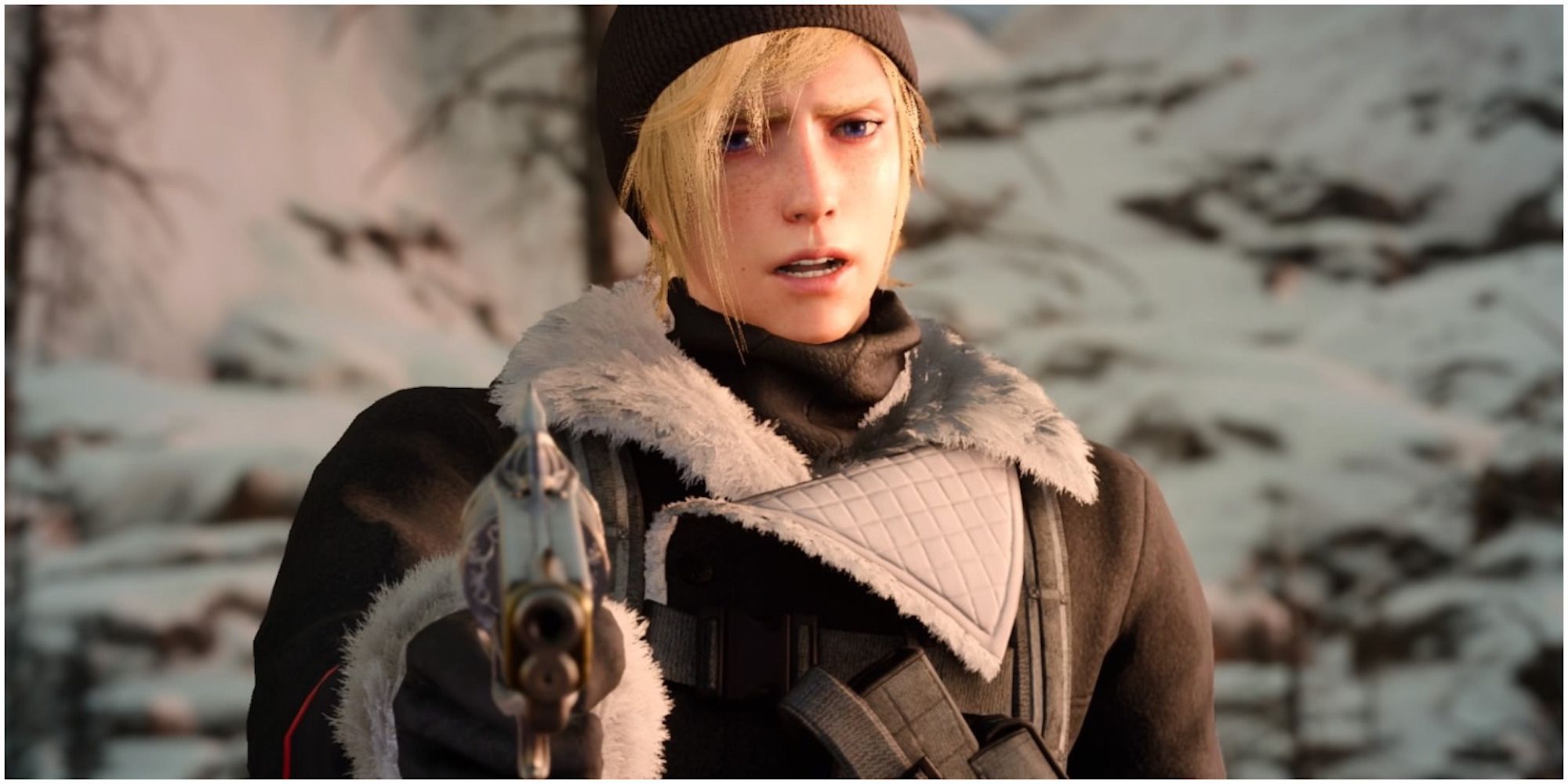 "I just hope that things can stay the way they were."

Prompto is the beating heart of Final Fantasy 15's road trip, the quirky kid who crushes on all the nice women to the amusement (and chagrin) of his peers and just wants everybody to be one big happy family by day's end. Of Noctis' Kingsguard trio, he is probably the closest the prince has to a true friend without the asterisks of honor and duty; Noctis can speak with Prompto pal-to-pal in ways he just can't with Ignis and Gladiolus.

It's heartbreaking in a way and endearing in another whenever Prompto laments his slow and steady realization that things will change forever once the team reaches Altissia. Like the photos he snaps, Prompto simply wishes he could freeze time for them all. 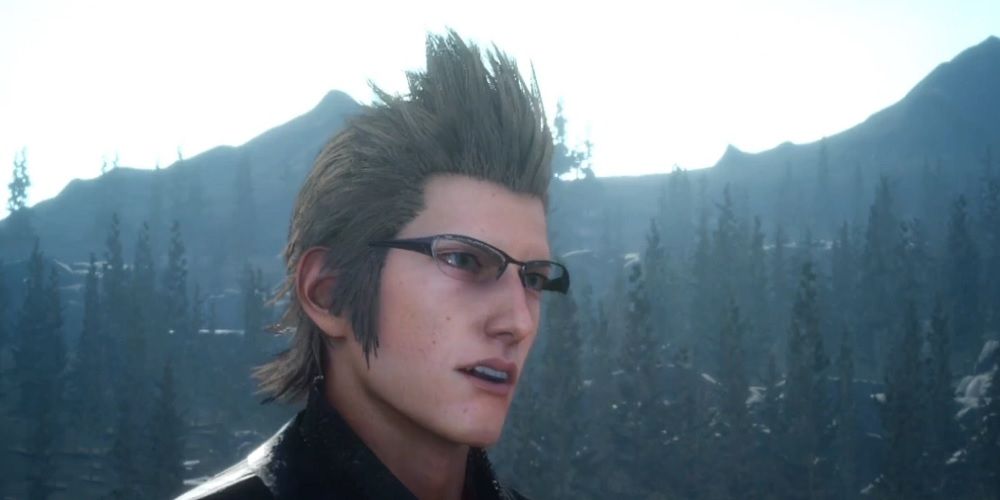 Ignis is the doting mom of the boy band, the most mature and innately nurturing, the one who makes sure they all get enough sleep at night and cooks all their meals. Most importantly that last part. Ignis served Noctis as something of a butler in the years prior to the game's events, and their friendship blossomed over good food and properly cleaned rooms.

Florence and the Machine created three songs for Final Fantasy 15, only one of which made it into the game itself. "Too Much is Never Enough" is not the one, but the somber song could apply just as easily to Ignis as it does to the overarching tale; Ignis speaks his highly iconic line entirely too frequently and in the strangest sets of circumstances, and yet we're always left wanting more. 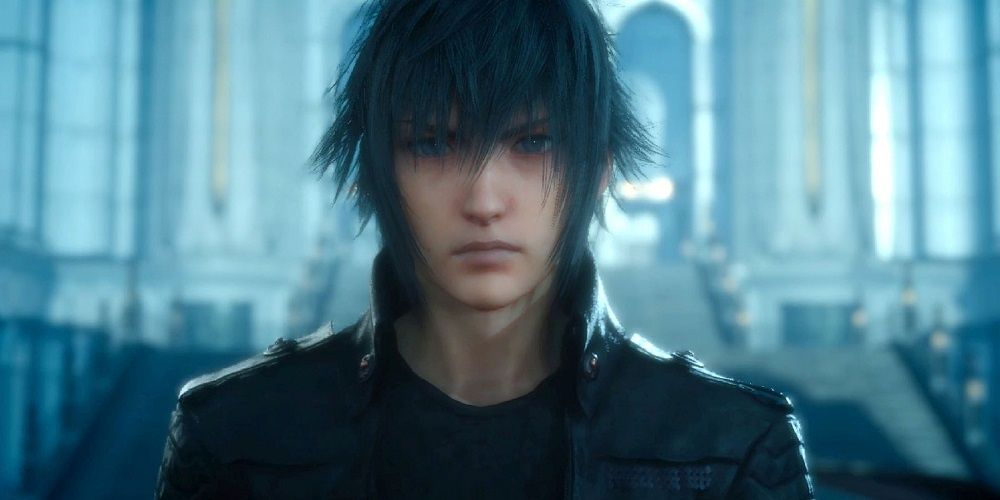 Even among the most stoic Final Fantasy fans, eyes begin to water when Noctis says this in the most emotionally devastating (and uplifting) scene in the game. These five words have gone on to become something of an epitaph to Final Fantasy 15; mention them to anyone who's played to completion, and you'll surely bond as closely as Noct and his companions ever did.

The words not only suit Noctis to a tee, but they live on beyond the one True King as testament to the power of camaraderie. 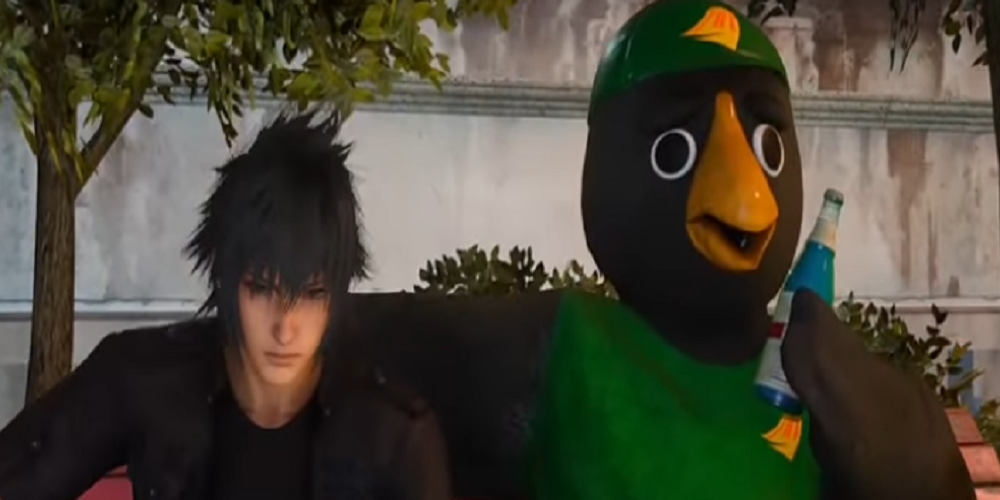