We’ve all experienced games that hit us so hard that we’ll never forget them. Heartbreaking storylines that made us cry, surprising plot twists that made us exclaim expletives out loud, and heartwarming moments where we felt so attached to characters that we couldn’t help but celebrate right alongside them.

When it comes to games that send us on emotional rollercoasters, we do what any thrill-seeker worth their salt would do, and put ourselves through it all over again. We replay games to try and recapture that initial feeling of enjoyment, and even though it’s never quite the same, that doesn’t stop us from reliving our favourites whenever the desire strikes.

Final Fantasy 14 has given us over a decade of memories, and I have countless unforgettable moments with the game that continue to resonate with me. That’s the beauty of an MMORPG. You’re part of a shared experience that spans years. My fondest memories are ones of adventuring with friends, even if the experience itself was sometimes hilarious or painful. I’ve lost count of how many times I went flying off the ledge while attempting to fell Titan or how many times I ended up in the drink when trying to get the best of Leviathan. It’s a flaw I maintain to this day, the idiot bard who uses Repelling Shots, landing right out of the boss arena. That’s me. 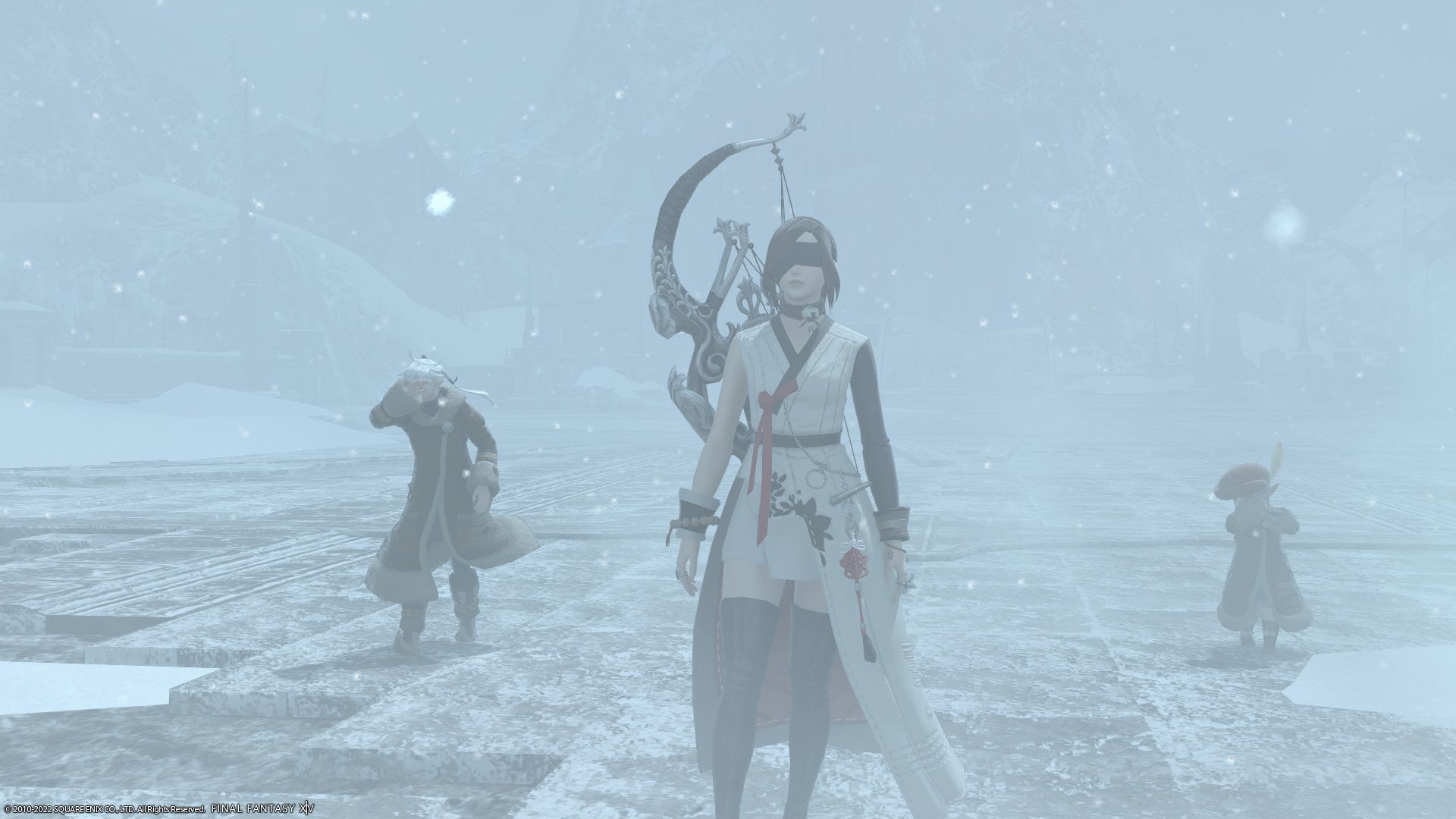 Where FF14 really shines is in its storytelling, but if you wanted to relive any of the stellar narrative, you either had to roll a new character and put in the legwork to witness it all once more or be content with rewatching cutscenes. Fortunately, that’s a thing of the past since Square Enix introduced the New Game Plus feature, where we can easily take a trip down memory lane to rediscover the history of our Warrior of Light. So, which events do I love to relive the most?

(Fair warning, there are spoilers ahead for anyone who is not up to date.)

The lead-up to the first expansion is where I can first pinpoint being truly captivated by the story. We had the mystery of Yugiri — an as-yet unveiled new race — and the dramatic conclusion to A Realm Reborn’s arc that saw our companions betrayed, Raubahun losing his arm, and the implication that the Sultana was executed. It was more than enough to keep us on the edge of our seats in anticipation, and it was hard to shake the feeling that shit had just got real.

I’ll never forget taking my first steps into Ishgard alongside the softly falling snow. It was all so new and exciting, and managed to capture the feeling of discovering a new, foreign land. Even the manner of dress for the local NPCs was different from anything we’d seen before. We fell in love with new characters as we became embroiled in the Dragonsong War and experienced brand new heights in a quite literal fashion, as for the first time we took to the skies with flying mounts. Collecting all the aether points is a painful memory for most, but the end result was undeniably worth it. 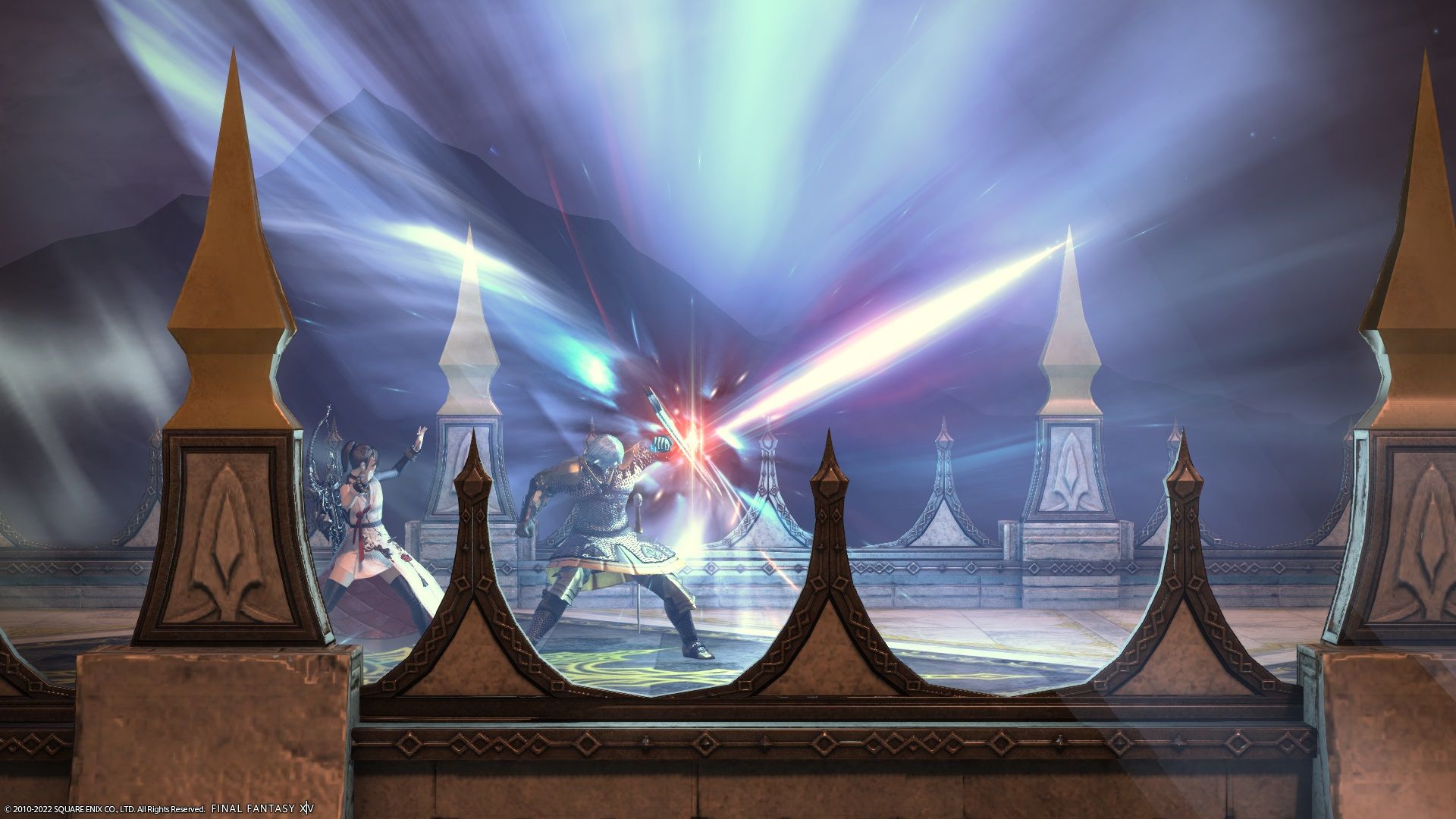 Heavensward was when the game really began to punch us in the heart. In two different scenes, Haurchefant and Ysayle sacrificed themselves to help the Warrior of Light and their allies, and Haurchefant’s death especially has lingered in the fandom as one of the sore points of the game’s story. Just when you think you’re getting over this grief, FF14 reopens old wounds years later with the addition of the Dragonsong’s Reprise Ultimate, taunting us with the idea of a world where Haurchefant survived.

Heavensward is my favourite expansion. Later ones added far more content, and it’s hard to surpass Endwalker’s dramatic, heart wrenching plot, but the nostalgia for that first fresh experience will always hold a special place in my heart. However, there are still plenty of moments that came after that have etched themselves into my memory.

Though the death of Gosetsu didn’t hit me as hard as Haurcefant (sorry, not sorry), I couldn’t help but be surprised by his return. What made this the most memorable part of Stormblood for me was how unexpected it was, not because a “dead” character came back, but because he came back with an amnesiac Yotsuyu in tow. She was no longer this villainous figure, and I didn’t expect the story to twist in such a way and turn one of the most infamously hated villains into such a pitiful and sympathetic character. 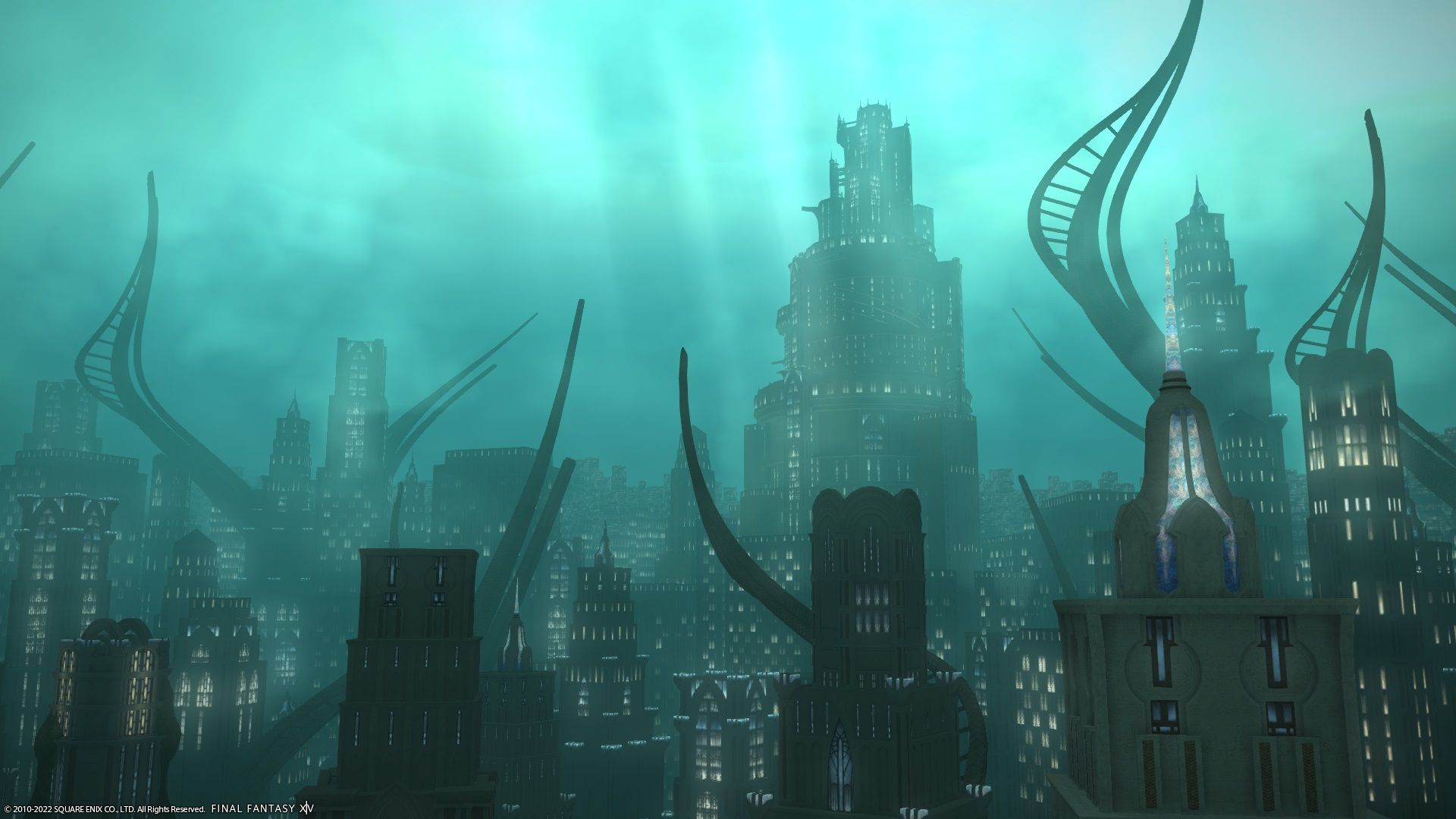 Travelling to the First at the beginning of Shadowbringers was an unforgettable opening, where everything we knew about this game and this world was turned upside down. We had the encroaching light to deal with, adopted the mantle of Warrior of Darkness, and dealt with the revelation that Zodiark and Hydaelyn — who we believed to be gods — were nothing more than primals, the very things we had been fighting all this time.

That was such a kicker to FF14’s lore that I won’t soon forget it, along with finding that hauntingly beautiful recreation of Amaurot in the depths of the sea and learning of the tragedy that befell the Ancients in the Final Days. Faced against a villain we couldn’t help but sympathise with, this was the first time that victory in the game felt a bit hollow for me, but it certainly wasn’t the last.

And where do I even begin with Endwalker? Elpis has to be the pivotal part of this expansion that players remember the most. Not only for the much-needed answers it gave us but for introducing us to the real Emet-Selch, or at least who he originally was before the world went to hell. It was here where I really questioned whether I wanted the Warrior of Light to win. If there had been an option in Elpis just to help them and save their future, I think I might have taken it. 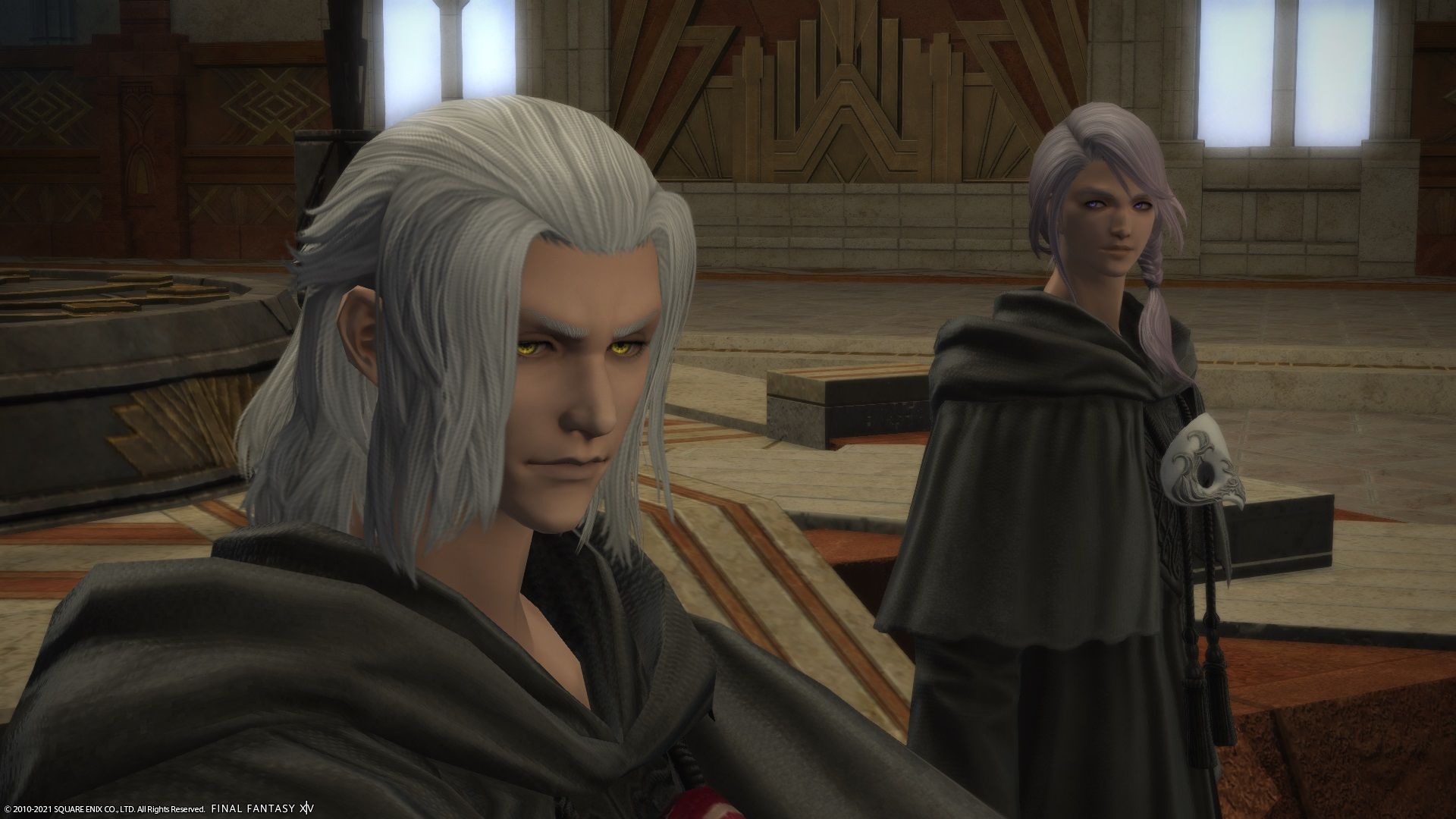 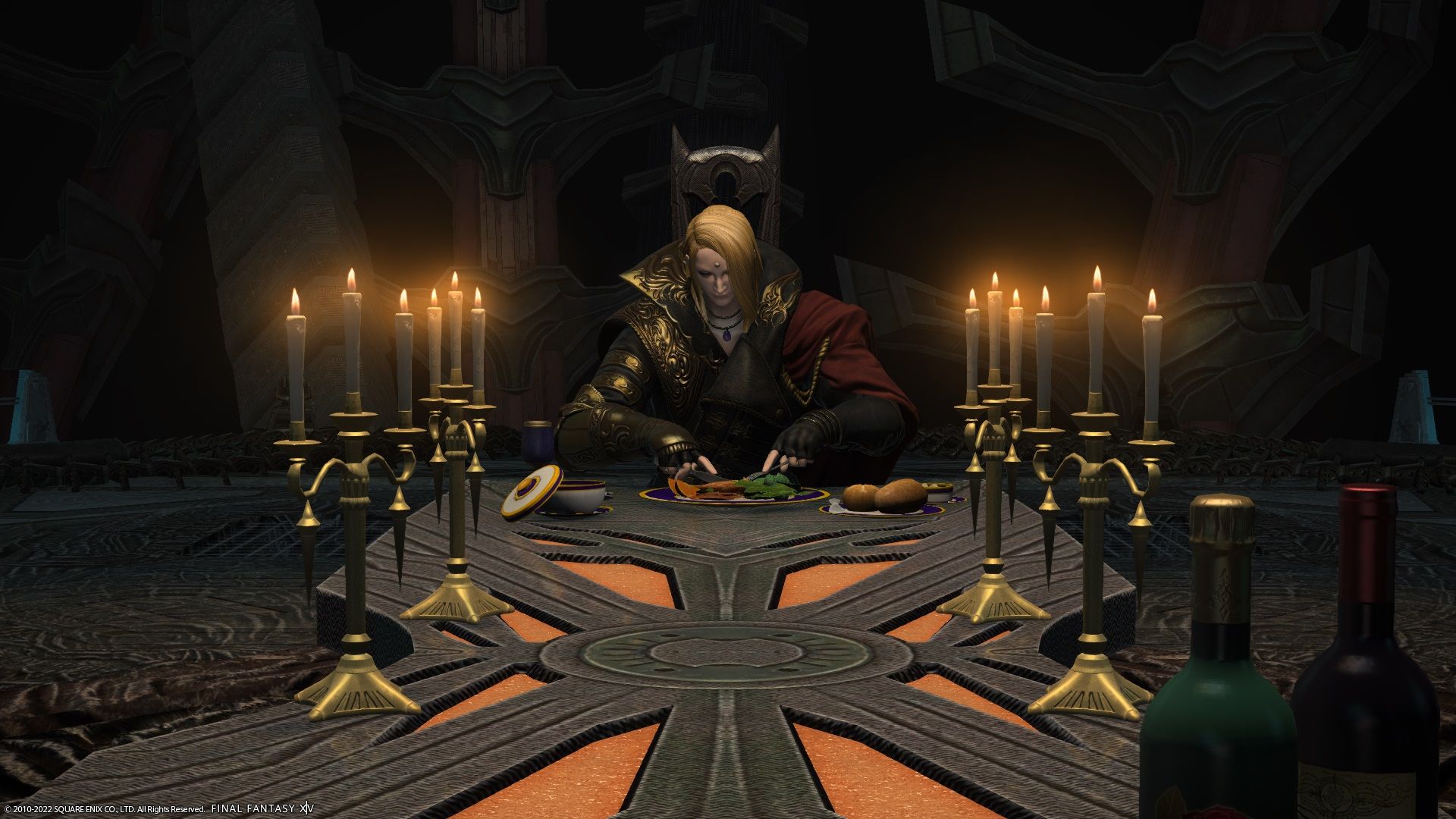 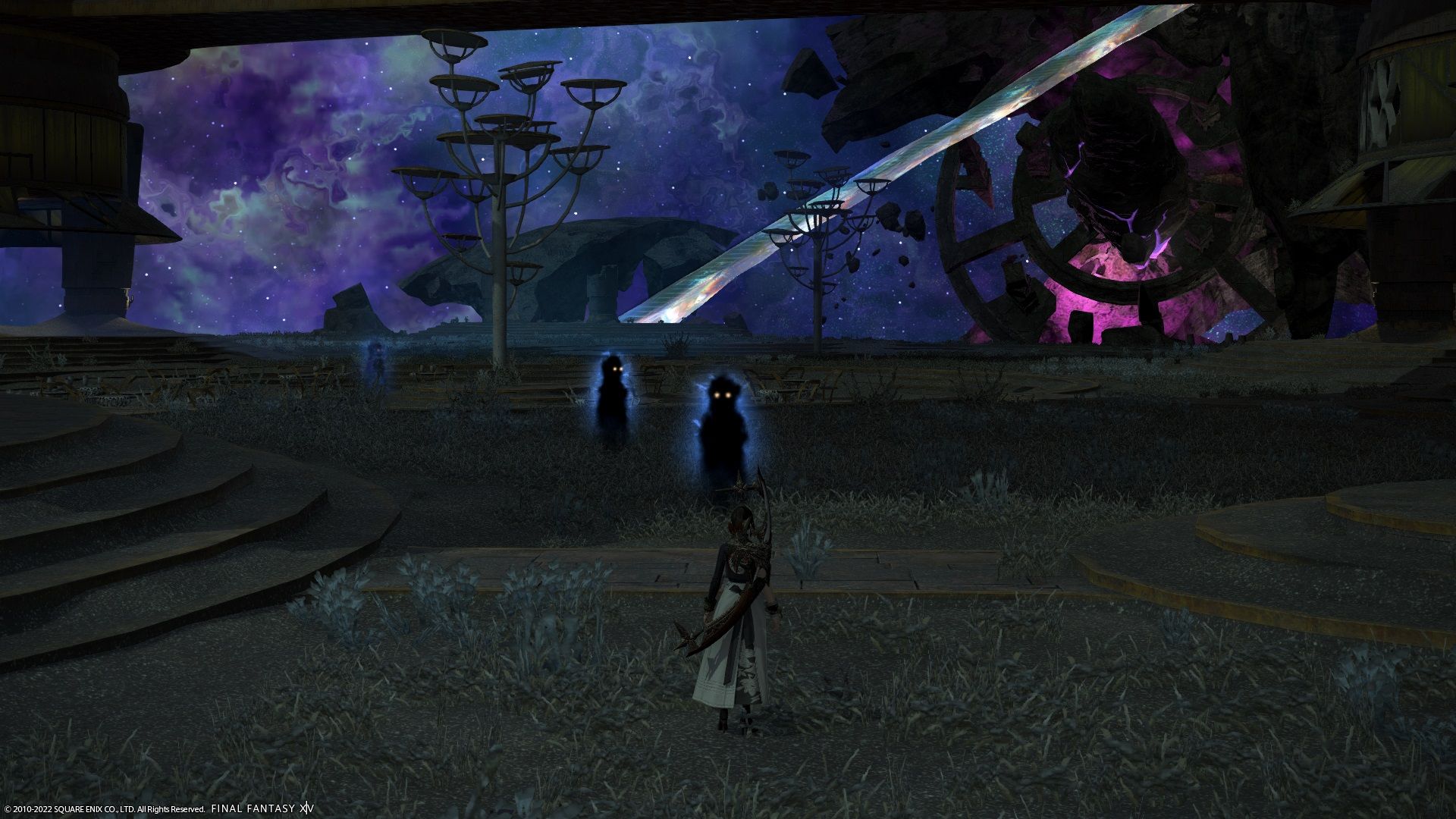 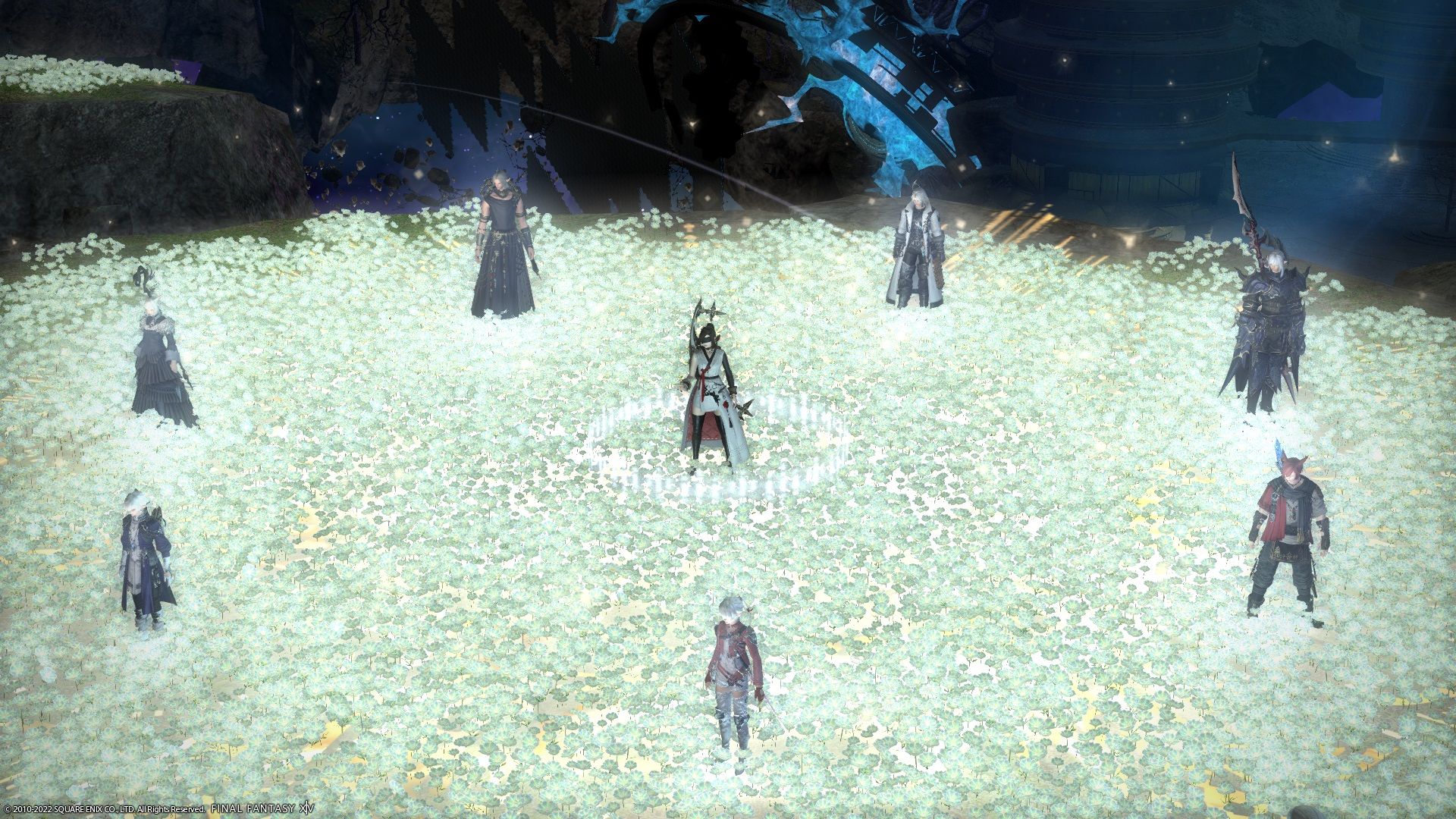 Aside from the whole Elpis portion of the game, two other key moments stand out as chapters I will undoubtedly replay more than once. The first is when Fandaniel and Zenos abduct you for the bizarre dinner date that seems almost comical at first glance, but quickly turns dark. It was unsettling to have Zenos take control of your character’s body. It felt like a violation. But it gave us one of the most brilliantly panicked main scenario quests. Battling through the ruins in a stranger's body to stop body-snatcher Zenos from killing your friends was stressful, to say the least. Despite that, I can’t help but applaud the game for its extraordinary and unique sequence.

The other part of Endwalker that will stay with me the most is the chapter of Ultima Thule. I played this whole end section in tears as it was emotional on so many levels, and just hearing the song from there sets me off now. You travel across this area with the fear of seeing your favourite characters die looming over you, as they each sacrifice themselves so you may continue. After that, you witness the culmination of Endwalker’s heartbreaking storyline that deals with depression and morality, two things that hit particularly close to home for me. And, as you reach the end, you have this bittersweet feeling of everything you’ve gone through in Final Fantasy 14 coming to a close, as you pass by the shades of those you’ve met on your journey throughout the years. Months later, I’m still not over it.

There are probably so many parts of the game that I have forgotten, and given how much time has passed since I first started as a little sprout, that’s hardly surprising. While New Game Plus is perfect for hopping to specific chapters I hold dear, it’s also a great way to remind myself of everything I’ve forgotten. One of the most interesting things about replaying content is seeing all the subtle clues and foreshadowing that you missed but that, with hindsight, are so much easier to spot. Now the only question is, what do I replay next?