Headpieces are some of the most controversial pieces of gear in Final Fantasy 14. Not because hats are a scandalous piece of clothing, but because some character races like the Viera, Eorzea's favorite bunnies, have a very limited pool that can be seen atop their fluffy ears.

Viera can wear most head armor in game, as long as they are equipped with the required job, but the problem is that most of those pieces are not visible due to the Viera's massive ears. The game's producer, Naoki Yoshida, has mentioned that Viera cannot wear most headpieces visibly due to issues with clipping, but that doesn't mean there aren't some existing pieces that will work well and look fantastic on any Viera hopping around your favorite city state. Here are the best options. 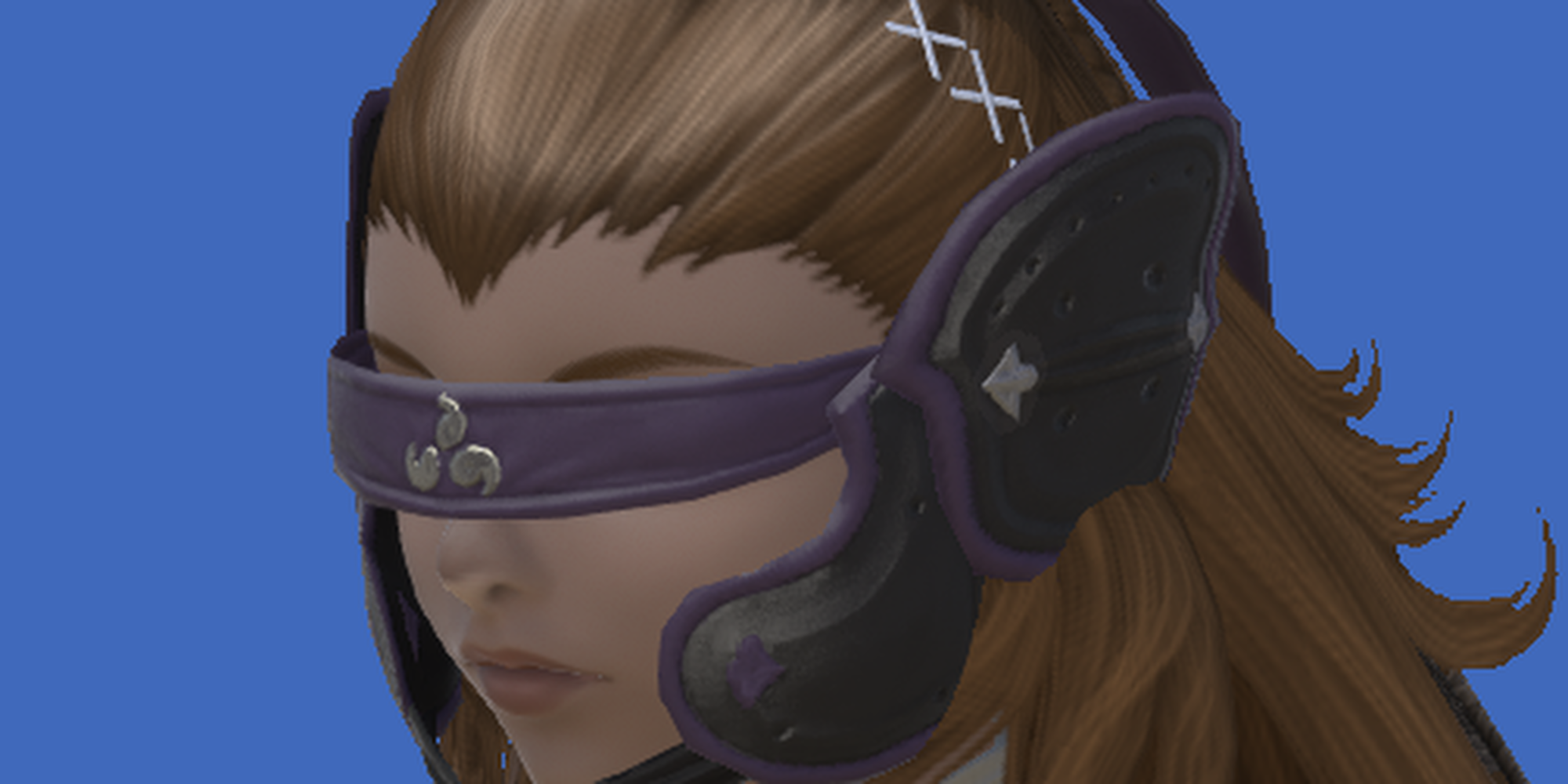 This piece of headgear is bit bizarre. It's not a full-on blindfold like the Yorha gear, which has lore tied to why they are blindfolded, but it covers most of the eyes. It also has earmuffs which make it seem like it is training gear for monks to stimulate their senses. Weirdly enough it ended up looking like something straight out of a cyberpunk story.

It's even funnier when Viera wear it since the Arhat Hanbo does little to attempt to cover the Viera's giant listening holes. That's what makes the piece so great. It works well as a cyberpunk-themed piece, but it can also work as a monk or ninja-style glamour. 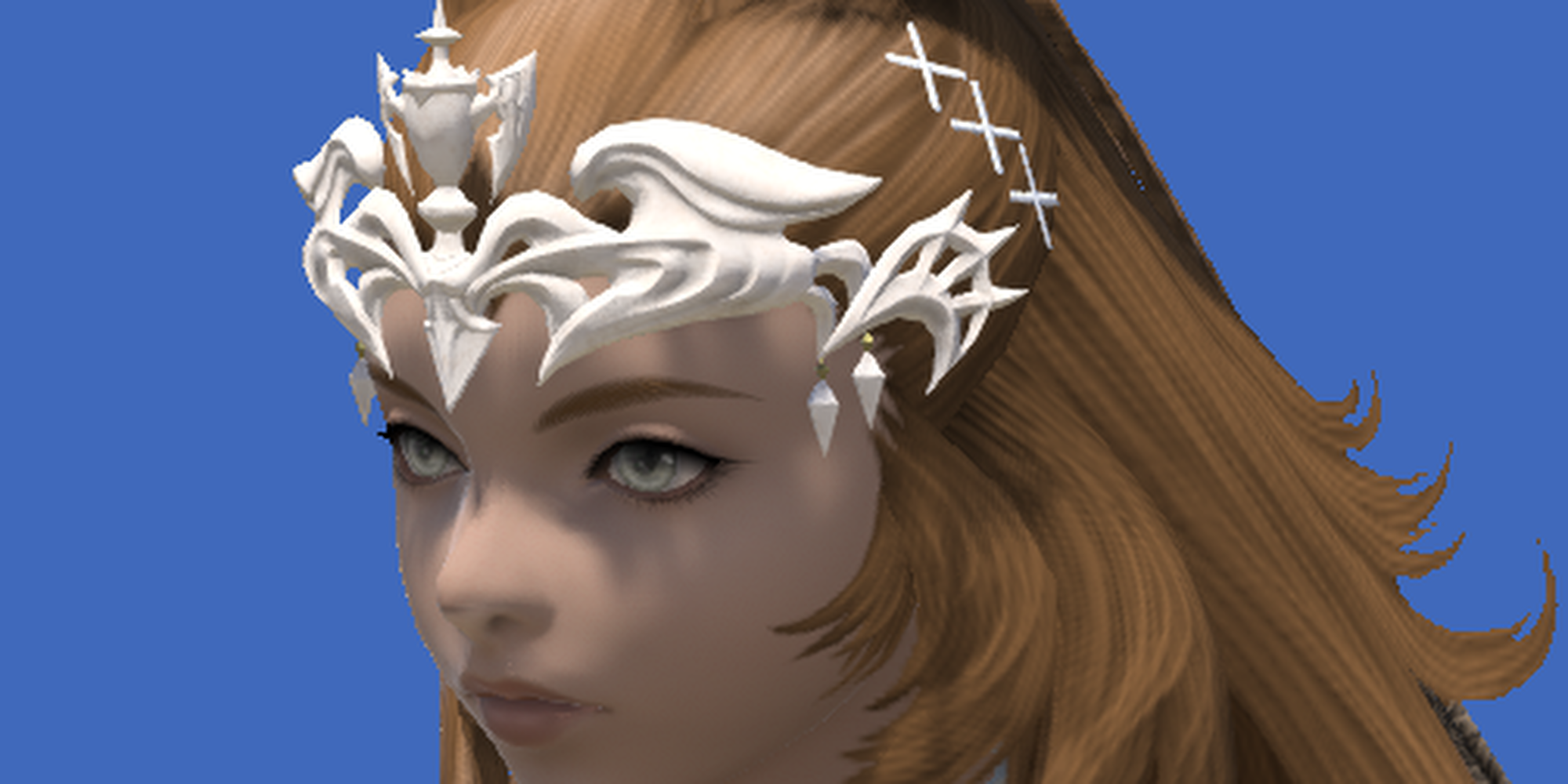 Something about the simplicity of the Royal Crown is what makes it such a fantastic and clean headpiece. A healer drop from the Labyrinth of the Ancients alliance raid, the crown subtly sits as a wreath of sorts atop of the Viera head, not drawing attention to itself.

Most of the headgear that Viera can wear that is visible to the public usually takes the form of a diadem but the Royal Crown is the gold standard for this type of Viera headgear with its regal and elegant design. 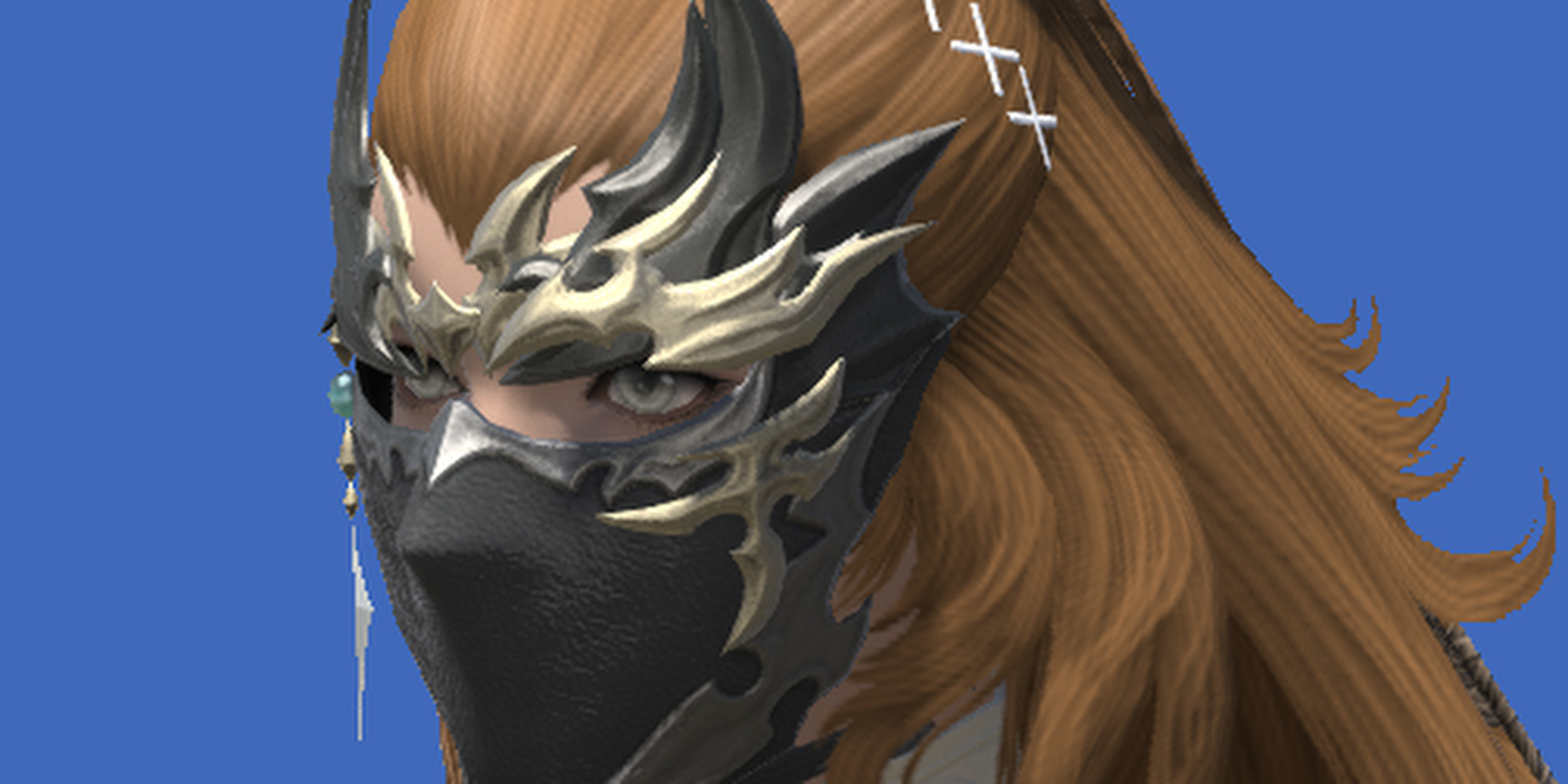 Although it does not cover most of the head, the Anemos Kage-Kakushi Somen is, hands down, one of the coolest looking masks in the game. It is not just a mouth covering. It also includes an ornate covering around the eyes and even a small crystal braid on the side, completing the full ninja look.

That being said, the Kage-Kakushi Somen will be rendered useless if the character's job is a Ninja since that is the only job that can't equip it. 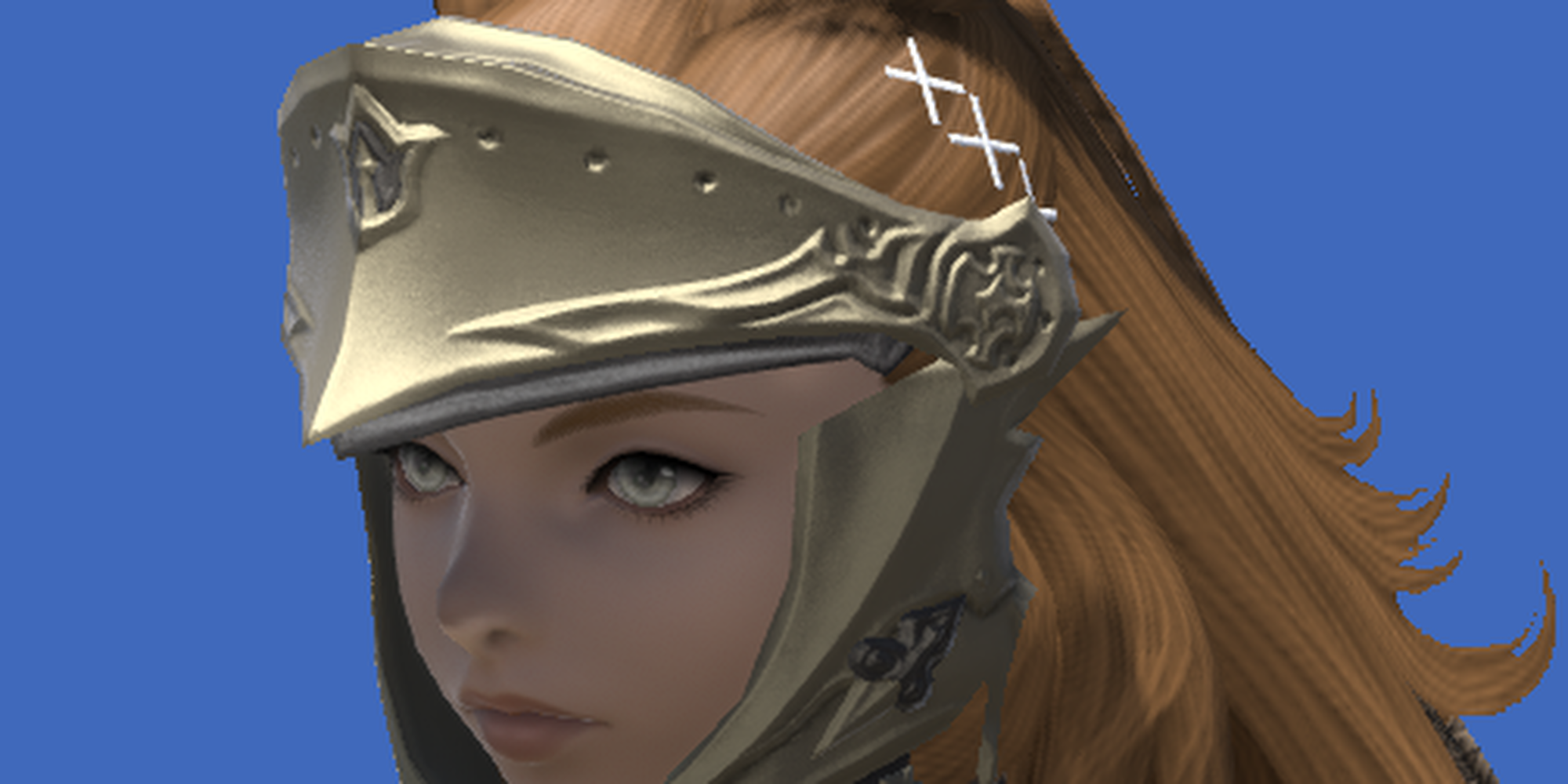 Out of all the pieces of gear that Viera can wear the Augmented Lost Allagan Headgear is some of the only pieces that Viera can wear that actually looks like a heavy-duty armor helmet. Like most Viera headgear, the Allagan Headgear only covers the face, but it does so in a way that mimics the look of a full-on armored helmet by blending in the face piece with the Viera hair.

Basically, it just ends up looking like an open back helmet. The only downside to this armor is that only the Striking and Scouting versions of the headgear are visible when worn by a Viera character. 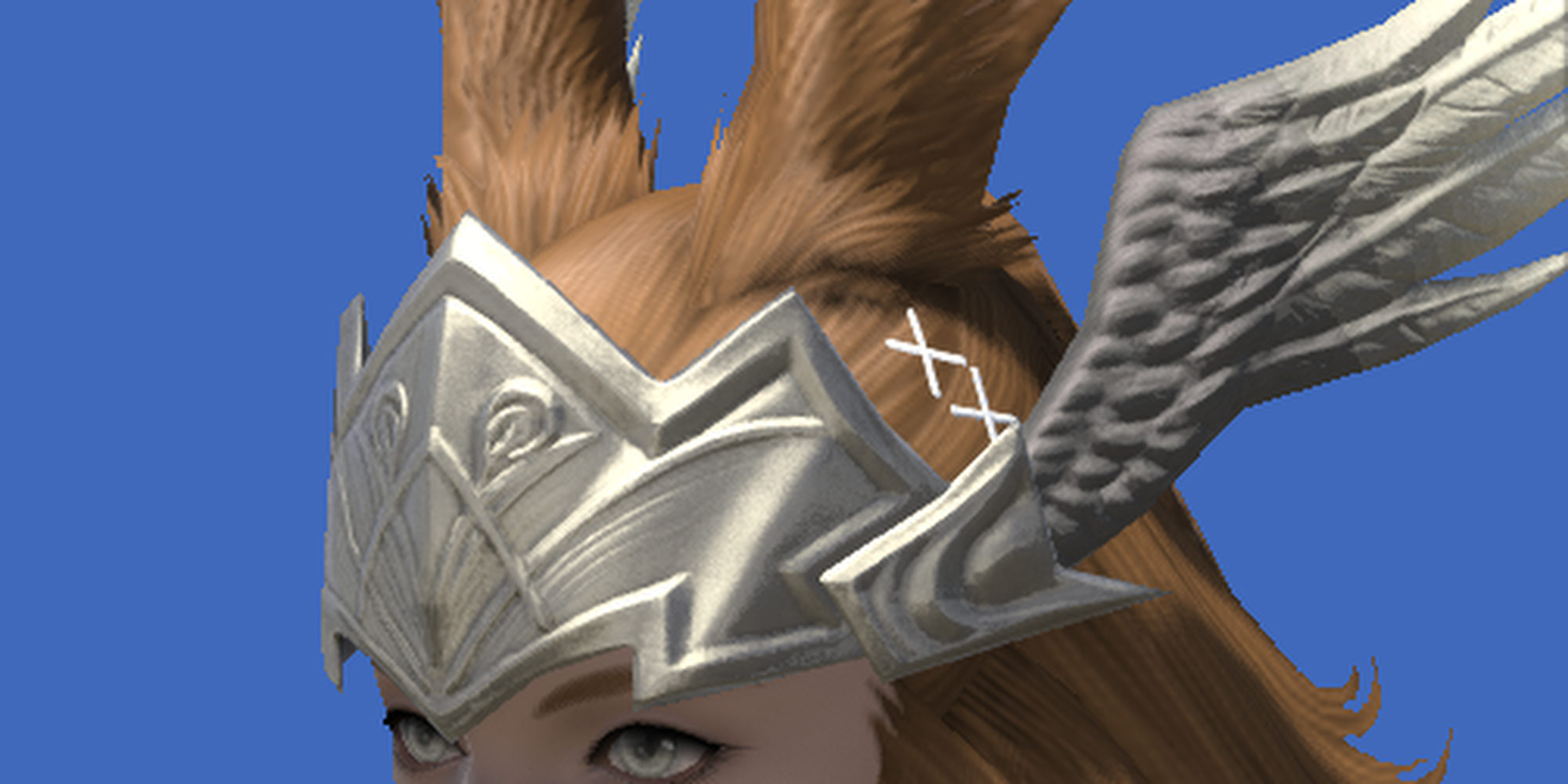 The Farlander Wings Of Fending is a beautiful circlet-like piece of headgear that can be worn by any race of character, but it looks especially great on Viera characters when its gallant wings are prominently shown to the rest of Eorzea. Paired perfectly with a Paladin job, this piece of headgear will turn heads at any of the major cities the Viera will strut about in.

The valkyrie look is a very popular aesthetic in most MMORPGs and the Farlander Wings do it justice in Final Fantasy 14. 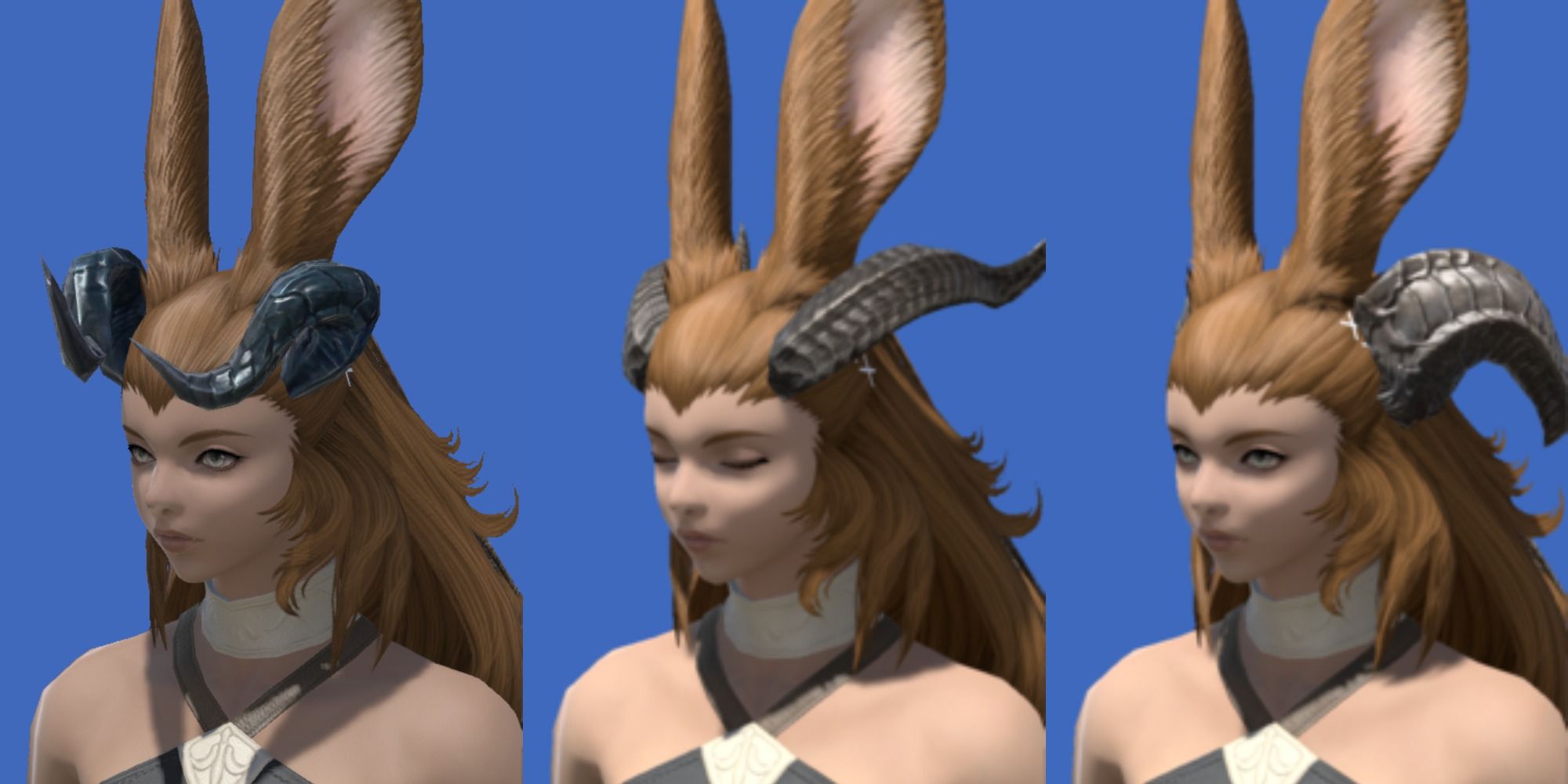 The many types of horns are some of the few pieces of ear-type headgear that Viera characters can wear, and they are fantastic. Not only do they sit atop the character's head, unlike most headpieces, but they also come in a couple of different shapes and sizes, like the Ultima Horns or the Arch Demon Horns, that will complement nicely with each type of Viera ears.

Whether the preference is forward, back, curved, or perked up, there is a type of pair of horns for every Viera's wants and needs. 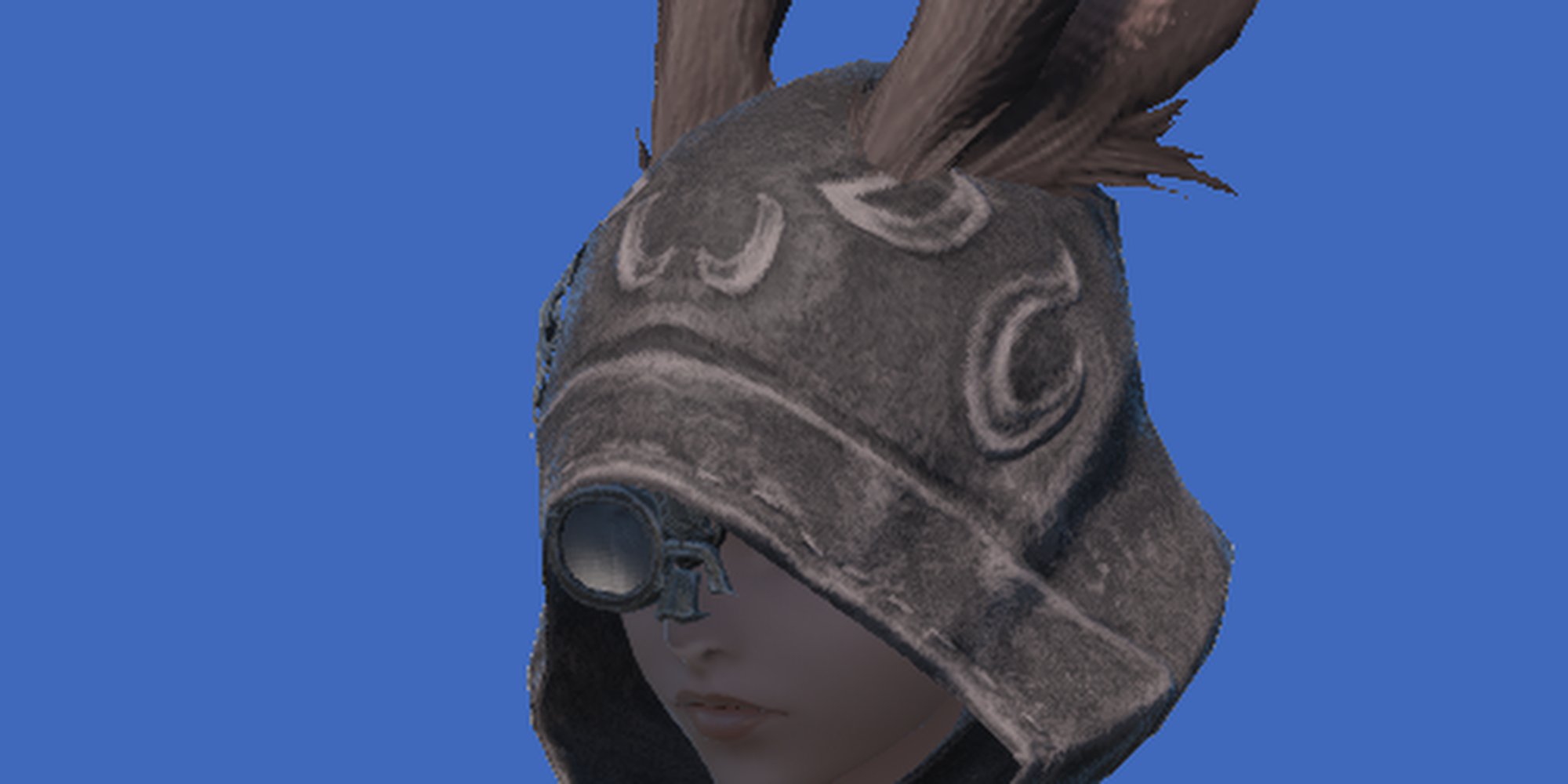 Finally, a piece of headgear that covers the entire head. Praise be to Naoki Yoshida and the design team! The Bozjan Hood is the perfect example of what Viera gear could be. If Miqo'te characters can get headgear that contours their ears why can't Viera have that as well? Or at least give them cutouts in the armor for them.

The Bozjan Hood not only does that, but it also gives the character a monocle 0 that would look great paired with the right glamour. 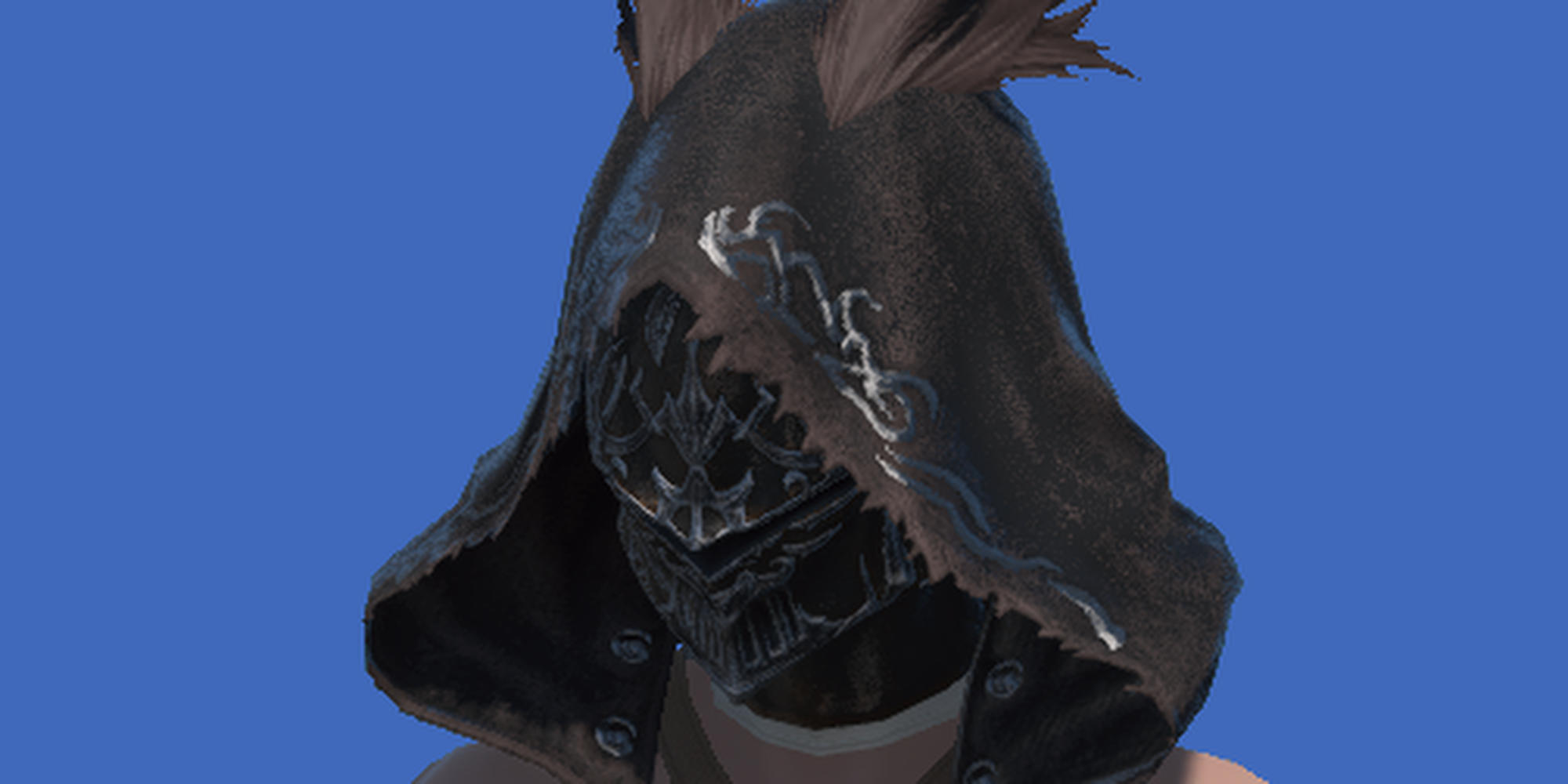 The Cryptlurker Helm is not only creepy and menacing but also wearable by Viera characters. This helmet is not only one of the easiest helmets to acquire, needing only a couple of Allagan Tomestones of Poetics to exchange for that can be farmed from daily roulettes, but it also looks fantastic with most armor sets that want the ragged and gritty medieval high fantasy aesthetic.

Tank players and fans of expensive Dark Souls armor alike will all love the threatening aura that emanates from this helmet.

2 Shadowless Mask Of Fending and Maiming 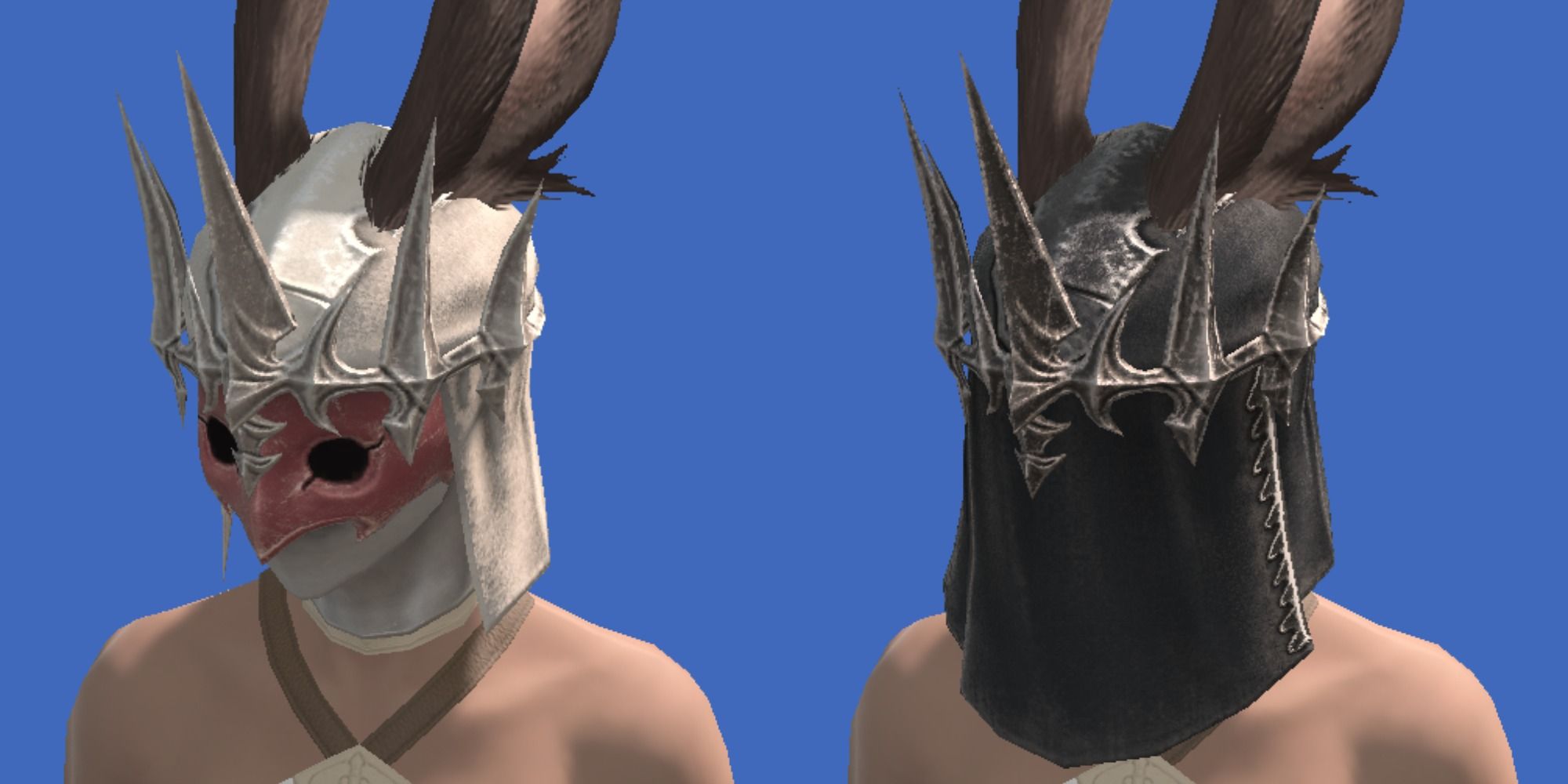 These are technically two separate pieces, but they are part of the same set and just as cool looking. Faceless masks are unique to the game and this piece of gear is one of them. Not only does the Shadowless Mask offer full head coverage for Viera characters, they also provide the player a spookier approach to character glamour. 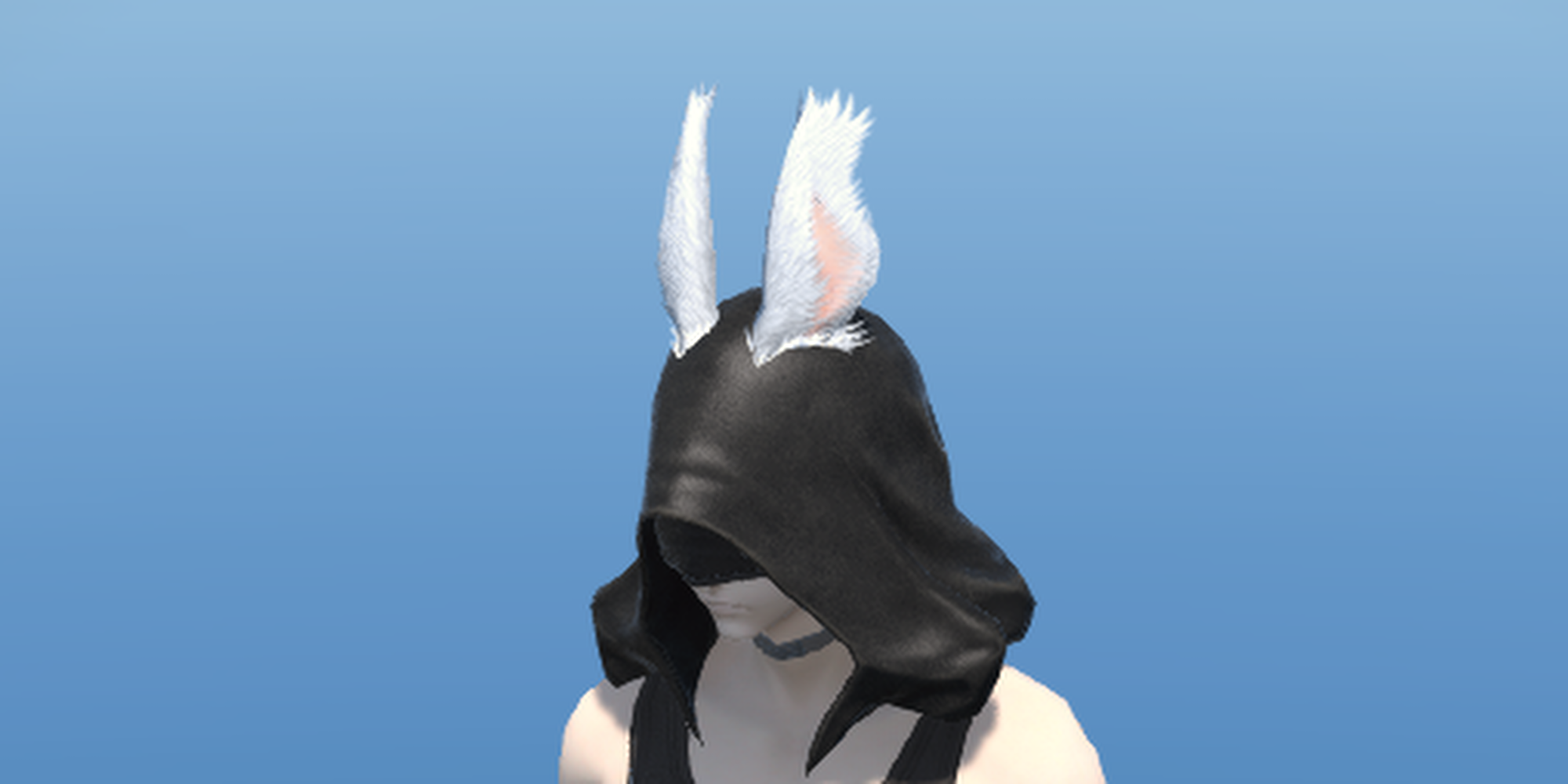 The Yorha gear is some of the most popular in the game, and for good reason. They give players very uniquely tailored dresses and peacoats, but the best part of the sets is that Viera characters can wear the Hood of Aiming and Scouting.

The head piece gives the character the iconic Yorha blindfold from the Nier Automata game, but it also gives a full on hood with small cutouts for the big beautiful bunny ears to poke out from the top. It would be criminal to not let Viera characters wear this headpiece.