Home » News » Final Fantasy 12: How to Defeat The Behemoth King

Final Fantasy 12: How to Defeat The Behemoth King

When it comes to tackling optional bosses and challenges, Final Fantasy 12 has more than its fair share due to its inclusion of the Hunt System, which tasks players with accepting contracts to take down specific marks. Many of the most challenging optional bosses within the game are related to hunts, and there are some familiar faces for long-time Final Fantasy fans.

One such enemy is the Behemoth King, a recurring enemy within the series. Defeating this guy will earn you the “Lord of the Kings” achievement/trophy. However, this mark is not found or defeated easily, so here’s everything you need to know about how to topple the king. 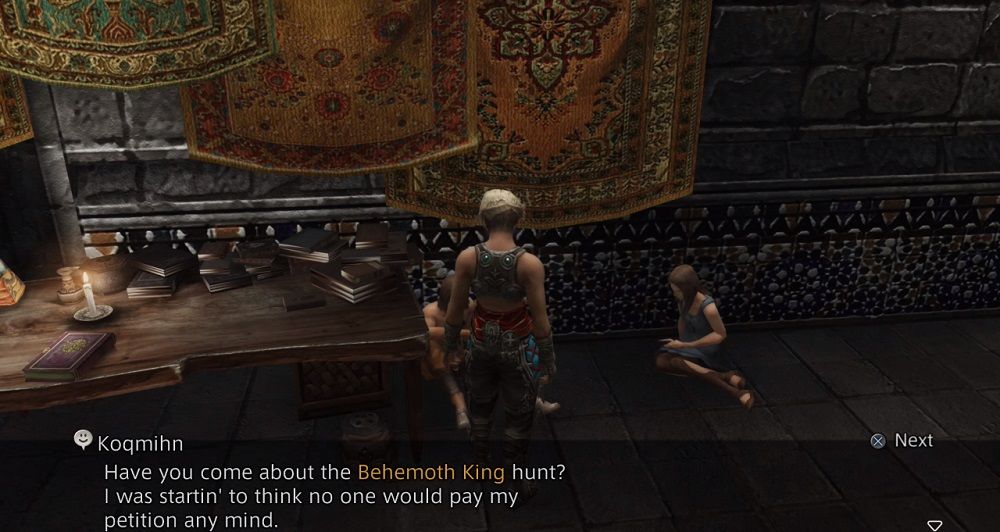 The Truth Shrouded in Mist petitioner is an NPC called Koqmihn, who can be found in Dalan’s House in Rabanastre Lowtown. This hunt only becomes available once you have defeated all hunt marks up to and including Fafnir. 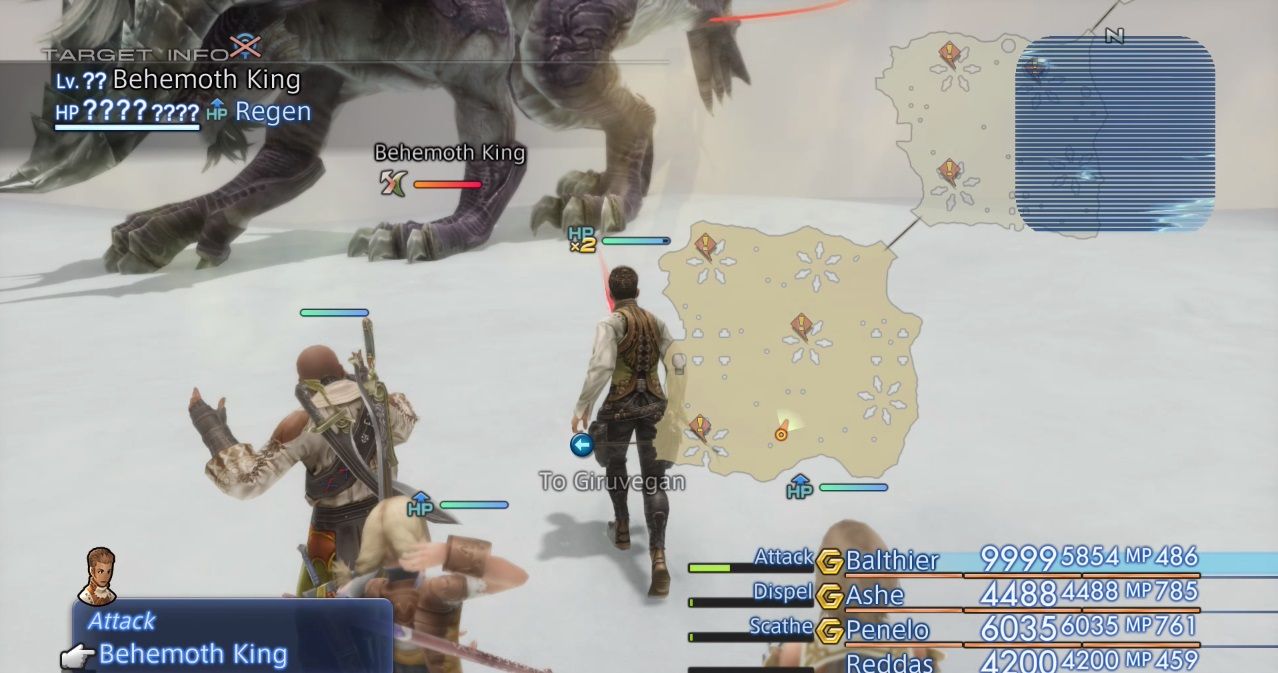 The Behemoth King spawns in the Edge of Reason area of The Feywood, the most northern area of the map, as shown above. However, there are certain steps that you must take first in order to make it appear.

Make sure that you defeat all of the required enemies in a timely fashion, otherwise they will begin to respawn and you will need to defeat the respawned enemies as well. 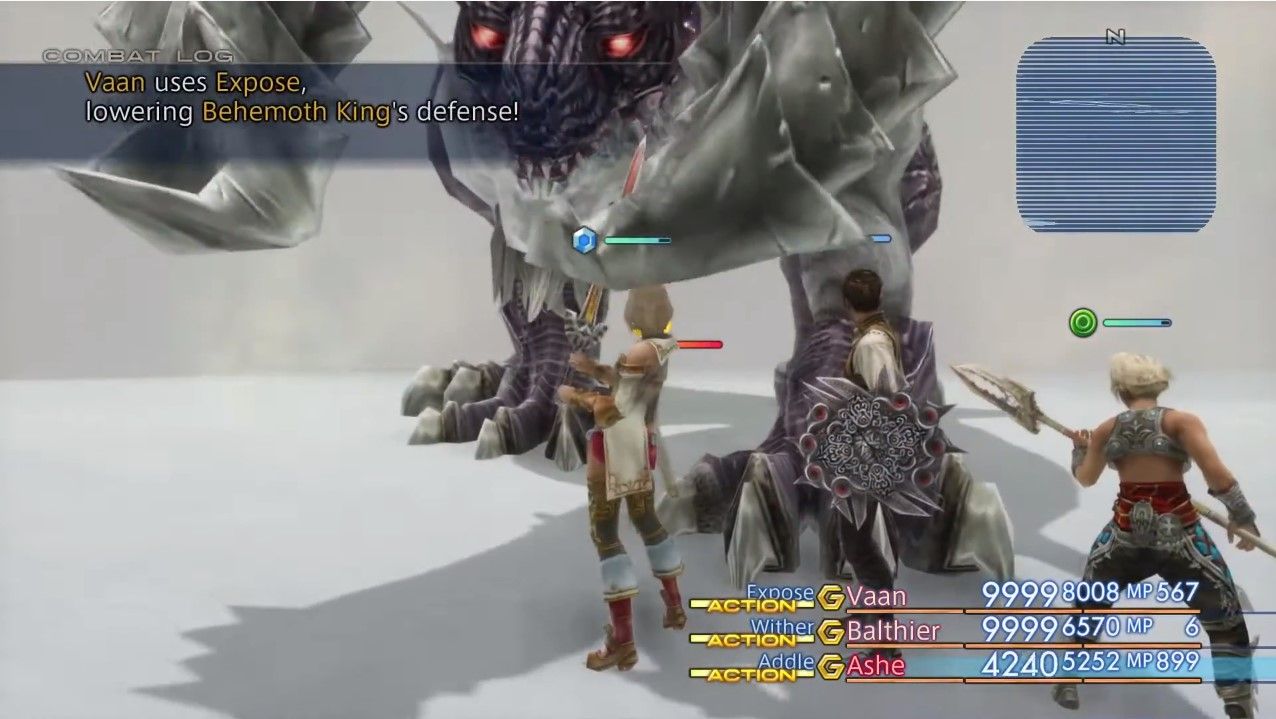 Behemoth King will hit very hard, so make sure your party is equipped with the best possible gear, bring lots of medicine items, and ensure you are using Protect and Shell at all times. Behemoth King uses a mixture of Holy, Fire, Ice, and Lightning-based Magicks, so having equipment that is resistant to these elements can make a real difference in the battle. Make sure you keep on top of healing at all times, switching between characters to conserve MP, and raise whenever needed.

It is also wise to have a dedicated tank using Decoy to take the brunt of this boss’s rage, preferably with a Bubble Belt equipped. The most effective way to utilize the role of your Decoy tank is to manually control them and have them positioned away from the rest of the party members, placing them behind a rock so that many of Behemoth King’s physical attacks won’t affect them. If you find you are struggling a lot with this battle, you can hide other party members behind obstacles in the environment to avoid many of Behemoth King’s attacks, and you can even set them up with ranged weapons so they will keep their distance if needed.

Behemoth King has a few buffs, so first and foremost you’re going to want to Dispel these, and having a Dispel Gambit in effect will be useful in ensuring it doesn’t replenish its buffs for the rest of the fight. Behemoth King can inflict both Slow and Stop, so having someone set up with a Chronos Tear Gambit or a Haste Gambit will be helpful in mitigating this. 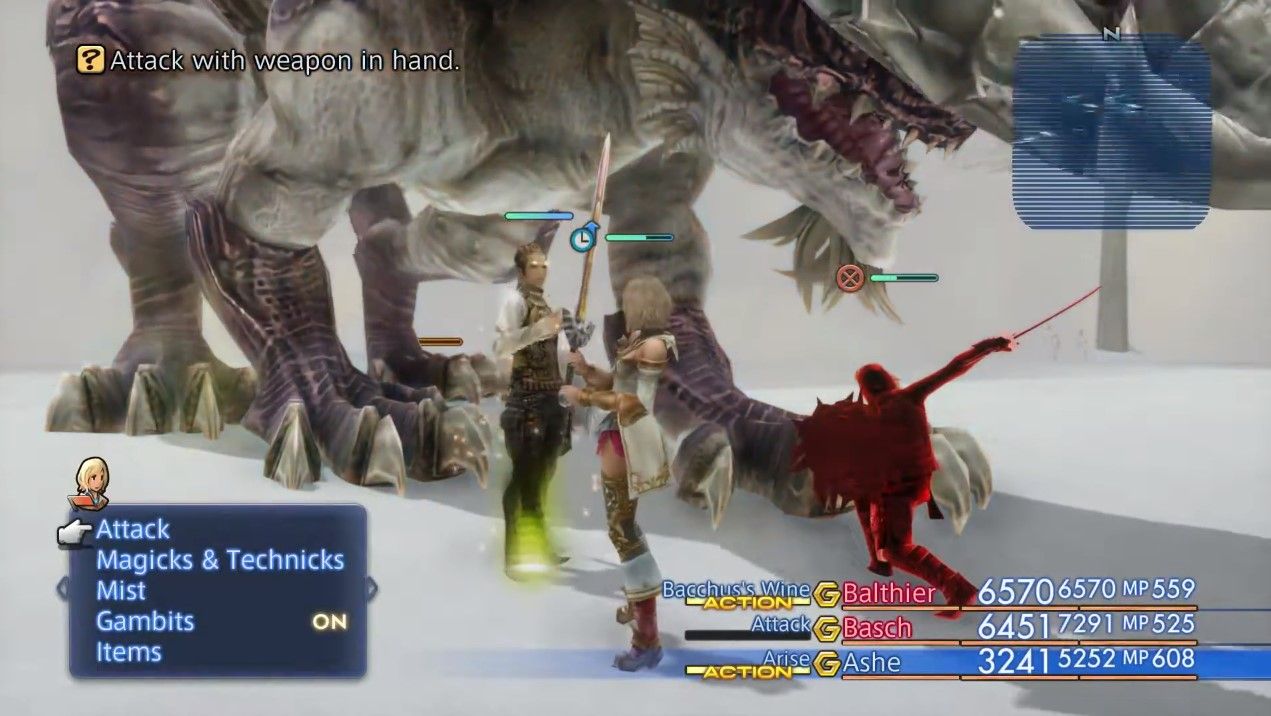 It will also use palings throughout the fight, making it immune to either Physical or Magickal damage. You can combat this by casting Arise on Behemoth King twice after it uses a paling, which will force it into the other paling, so you can choose whether you want to attack Physically or Magickally. While its Physical paling is in effect, Shock is a good choice to inflict some decent damage.

This will be a long fight as Behemoth King has a lot of HP and will definitely keep you on toes with its high damage to your party. If you are finding it hard to keep on top of healing, you can use Reverse so that you don’t need to keep spamming curative spells, but you will need to remember to keep replenishing this effect throughout the fight.

Using the Shear or Expose Techniks can help you to deal a little more damage. You can also use a combination of using either the Masamune or Kumbha weapon with the Genji Gloves gloves equipped to really improve your damage dealing. Once Behemoth King is running low on HP, a decent Quickening should finish it off.

Once you have defeated the Behemoth King, return to Koqmihn to obtain your reward of Bacchus’s Wine and 250 Gil. Additionally, once you’ve defeated this mark, you should travel to Mt Bur-Omisace and head to the Temple Approach where you can find a rock shaped like a wyvern’s head. Hit the Wyrm Snout rock with no weapon equipped to obtain 500,000 Gil and a Rod of Faith. 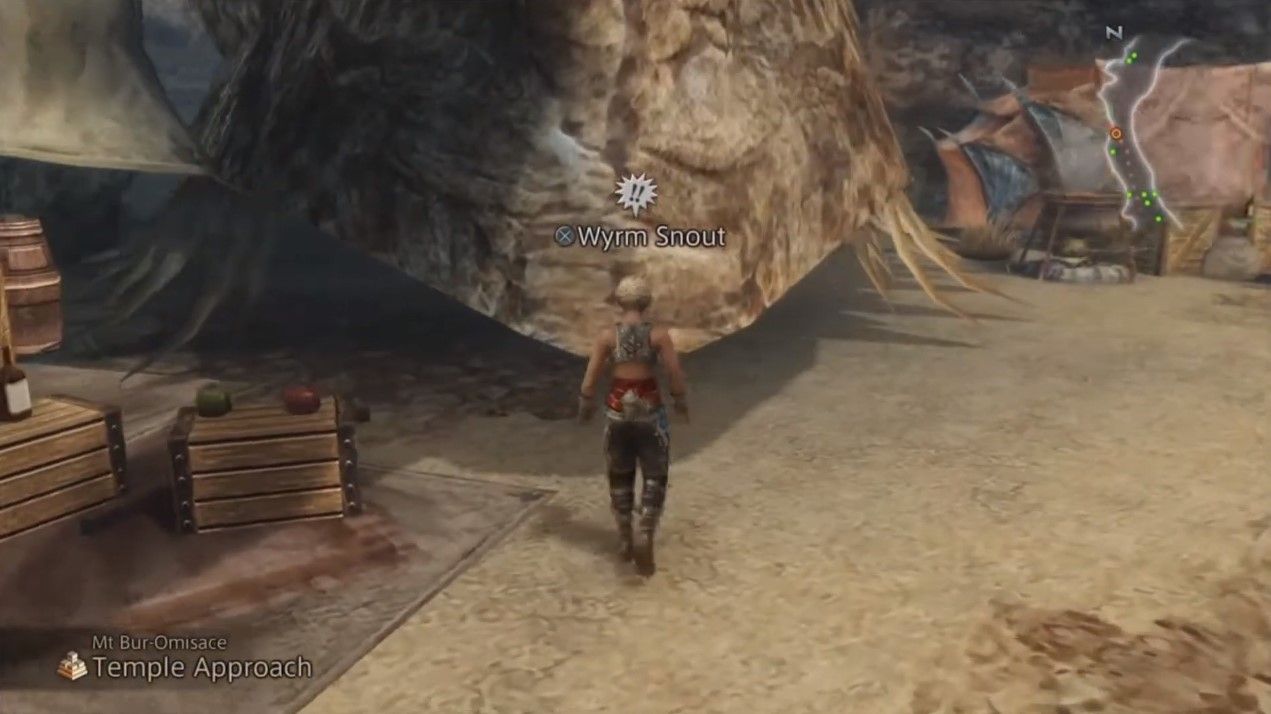 Next: Final Fantasy 12: Guide To Finding All Espers

Meg appreciates gaming on all formats but primarily spends her time achievement hunting to the extreme. Her passion for gaming began as a child when first introduced to the Amstrad.