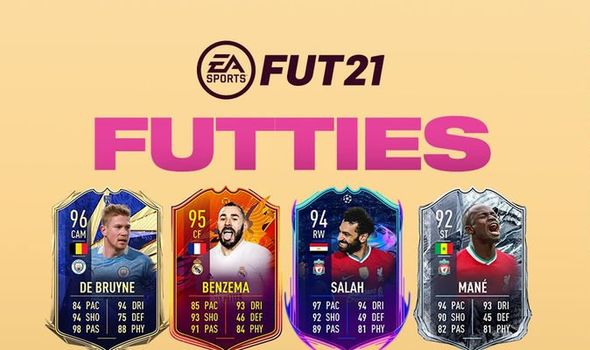 The latest EA Sports event has begun with the launch of the official FIFA 21 Futties promo. Having dropped Futties Teams from last year’s event list, the promo has returned with the first batch of players now confirmed.

Putting together the best FUT 21 Cards into a new bundle, the Best of Batch 1 can now be found in-game and includes the following players:

This is the first batch made available by EA Sports, with two more batches being planned to drop during the event.

And for those who need a catch up on this year’s event, here’s what FIFA fans can expect over the coming weeks:

“For 24 hours on select days during the campaign, players will find a Player Pick pack available in their account upon login. Each Player Pick will showcase Loan versions of 2 FUTTIES Nominees. The player you select will receive your vote.

“The FUTTIES Nominee that receives the most votes will be released via Squad Building Challenge as an upgraded FUTTIES Winner item that week.

“Nominees that fail to win their respective votes will be considered for FUTTIES “Close Call” Player SBCs towards the end of the campaign. “

There will also be FUTTIES Voting facilitated through the FUT Team Events feature available within the Objectives menu.

And that’s not all, with EA Sports deciding that each weekend will also include FUTTIES Favourite Player SBCs themed around a specific month and a popular FUT Player Item from that period in the cycle.

During FUTTIES, eligible players will have the opportunity to claim reward packs based on their engagement with FUT 21.

FIFA fans will have the entire duration of FUTTIES to login to FUT and claim their first reward packs if they’ve qualified to receive them.

A message from EA Sports adds: “There will be 2 additional opportunities to earn rewards based on how many times you login over the course of the FUT 21 FUTTIES campaign.