If you're attempting to stage a revolution against an incredibly powerful regime, you're going to run into some issues at times. In Far Cry 6, for instance, one of your best spies, Felicia, gets captured by Castillo's military force.

Luckily, you have some leverage because you happen to be holding one of their captains. So a simple prisoner switch is in order, which serves as the premise of the Tricks Of The Trade Yaran Story. But the actual trade only comes at the end of said quest. You first need to get the opposing party's attention by pasting your captive's face all other their billboards. Here's how you do all of that. 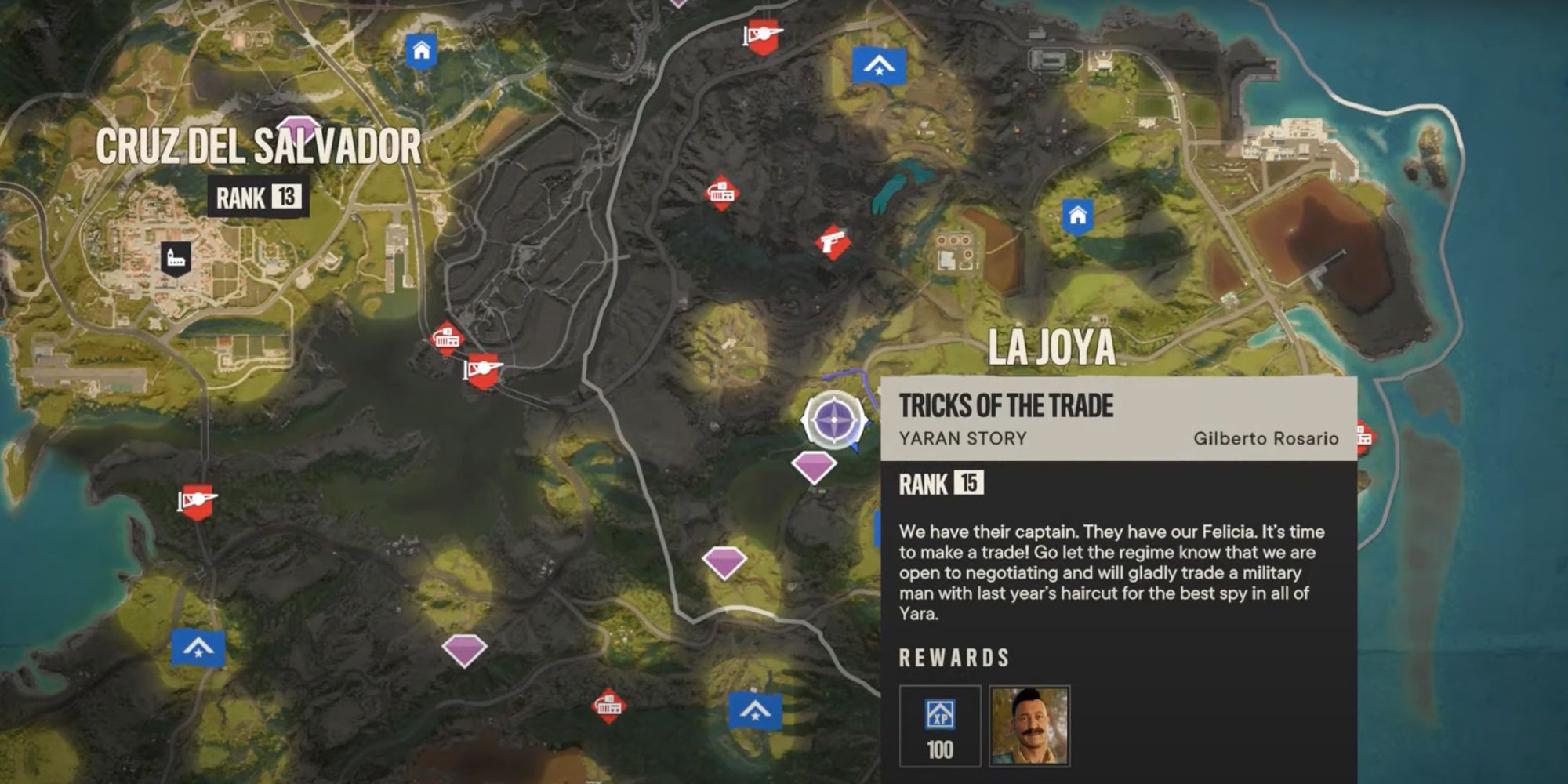 To unlock this quest, you first need to complete the Undercover Stud one, as that's where you acquire your captive and learn that your spy is missing.

After finishing Undercover Stud, the starting point for Tricks of the Trade will appear on the map within the La Joya region of El Este. Gilberto Rosario is the quest giver for this one, so speak with him.

Pick Up The Posters 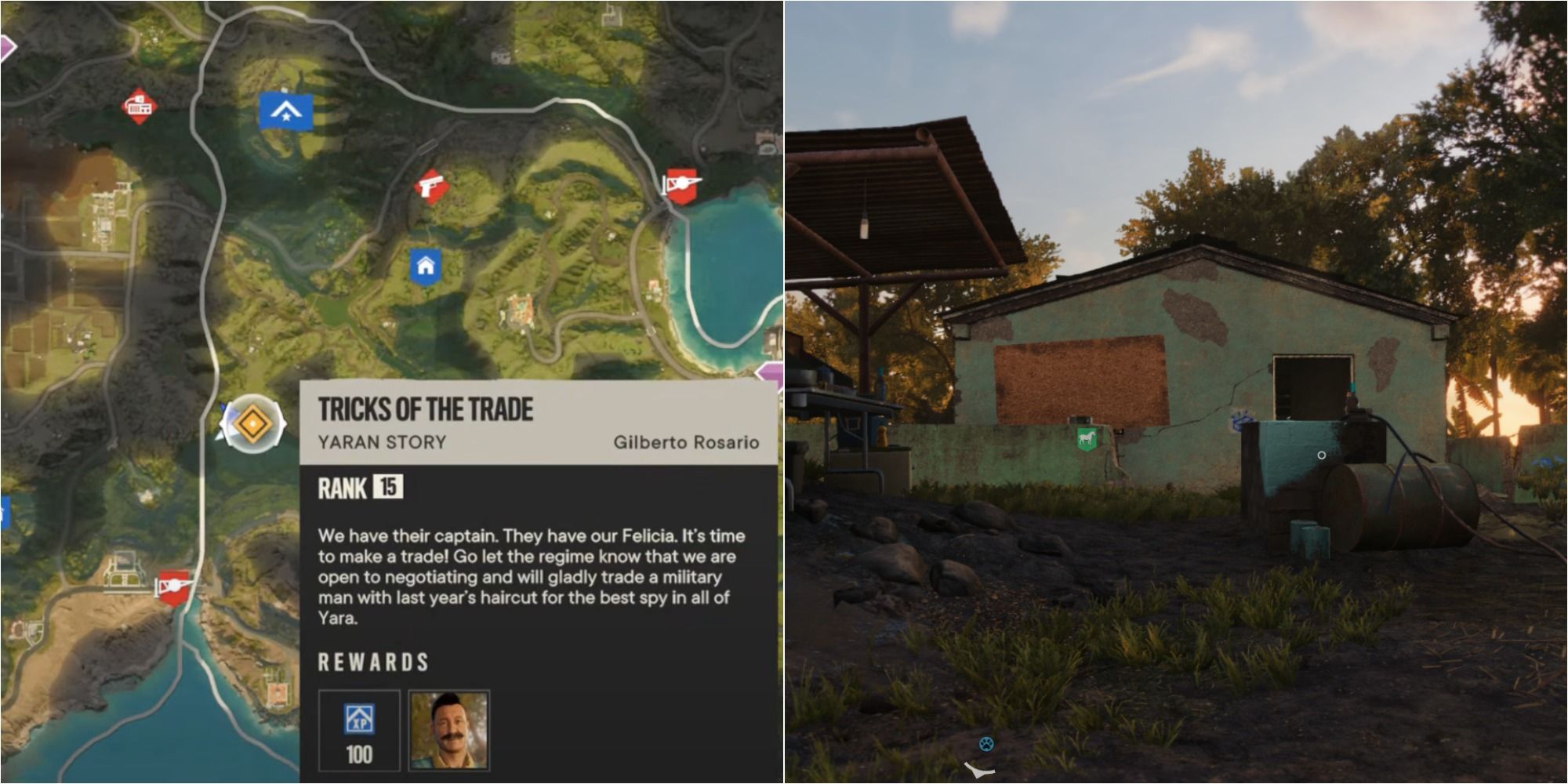 Your first task is to pick up a set of posters. They're on the western side of the Conuco region – still in El Este – at the Fernando Local Radio station.

Once you're at the spot, go inside the main building to find plenty of supplies. More importantly, though, the posters are on the table in the back room where the captain is being held. Simply walk over to the posters and pick them up. 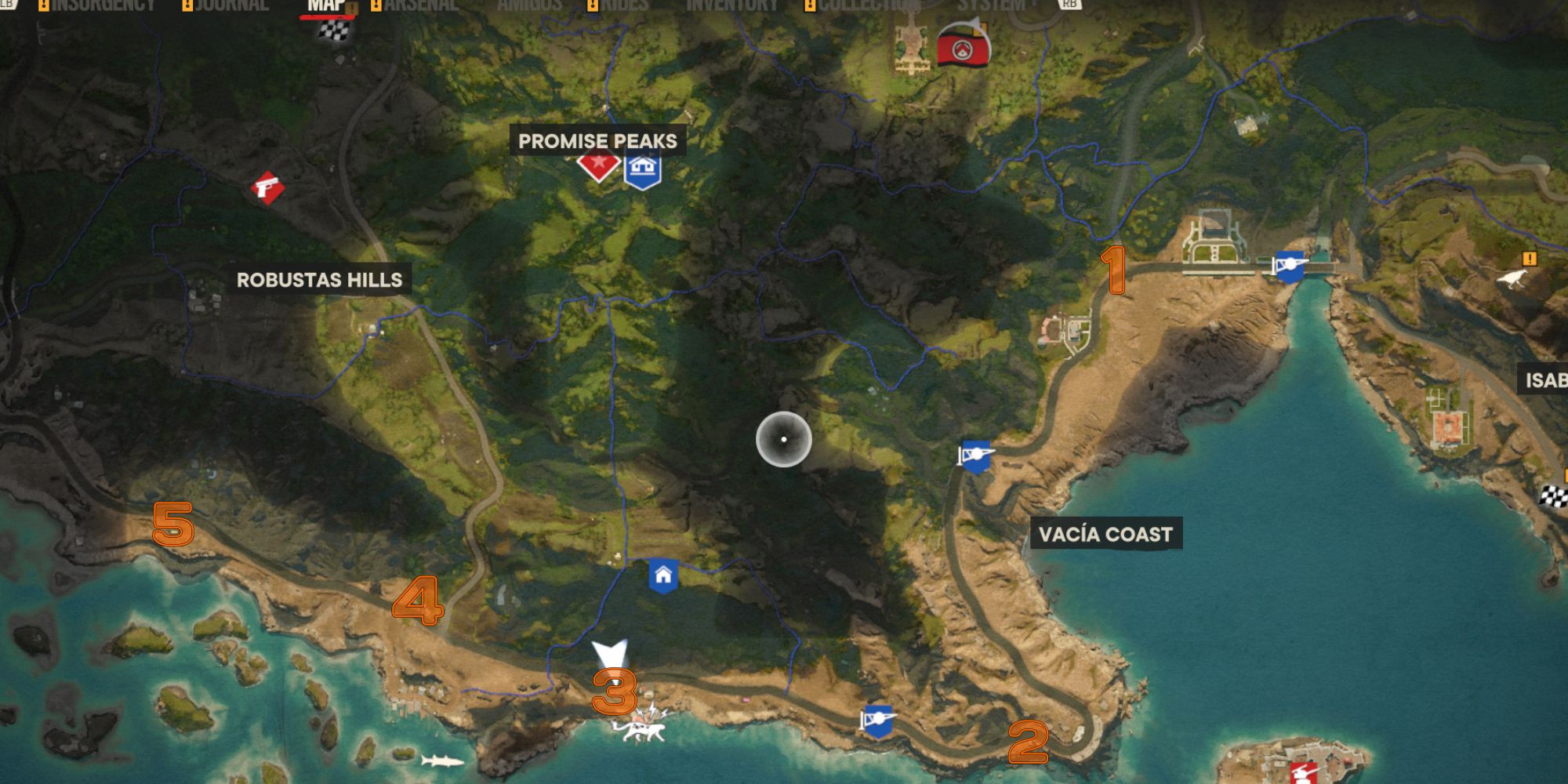 Now, your goal is to vandalize Admiral Benitez's billboards. They're all on the southern coastal road. There are five of them in total, but you only need to mess with three of them.

To do that, you must go up close to the billboard and press the interact button. None of the billboards are reachable from the ground, so you have to find a way to get up to each one. Here are all their locations: 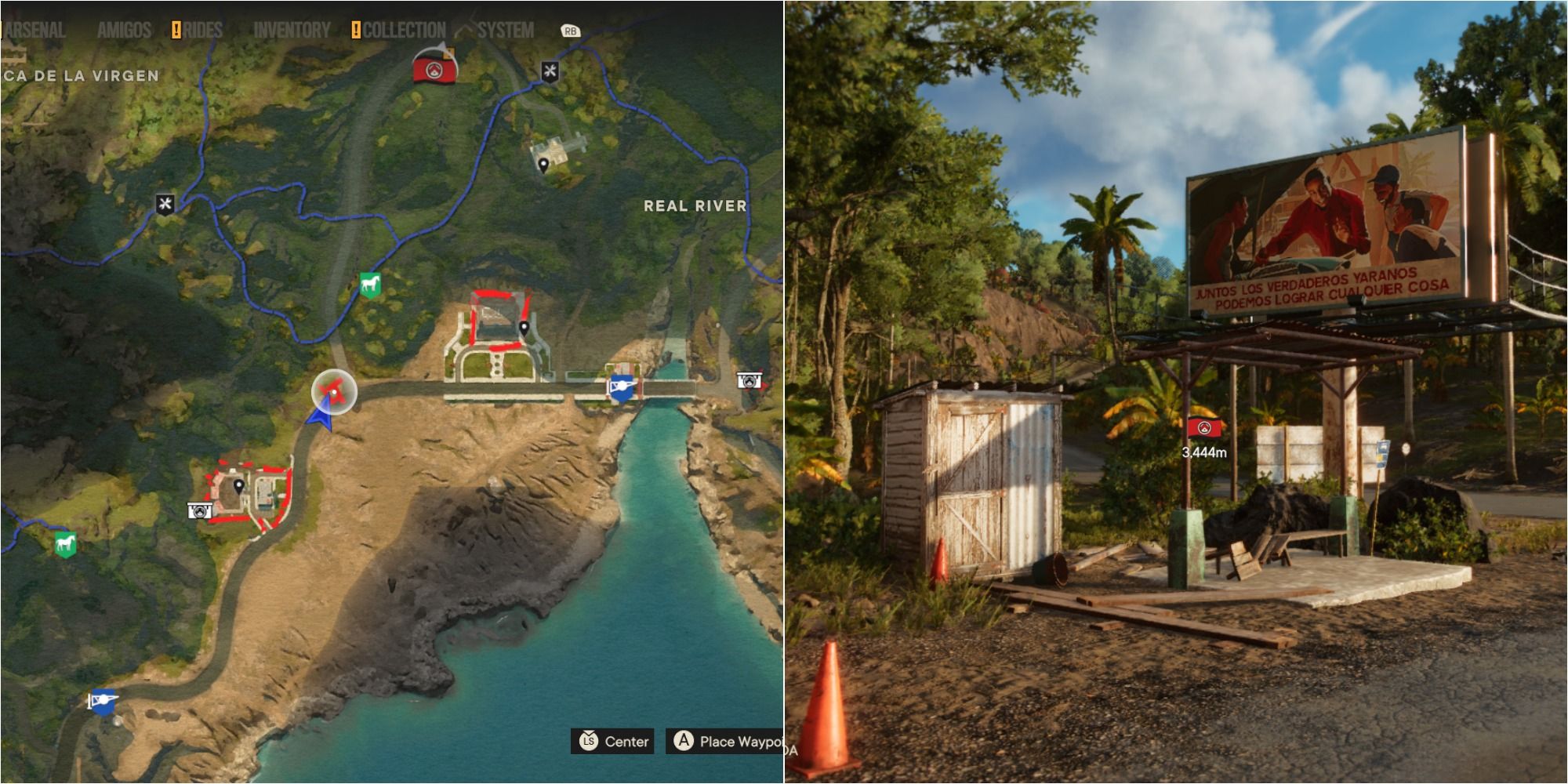 At the location, you will notice that next to the billboard is a bus stop and a little hut. Climb onto the latter to reach the former. Then when you're on top of the bus stop, you can leap over to the billboard, giving you a chance to vandalize it. 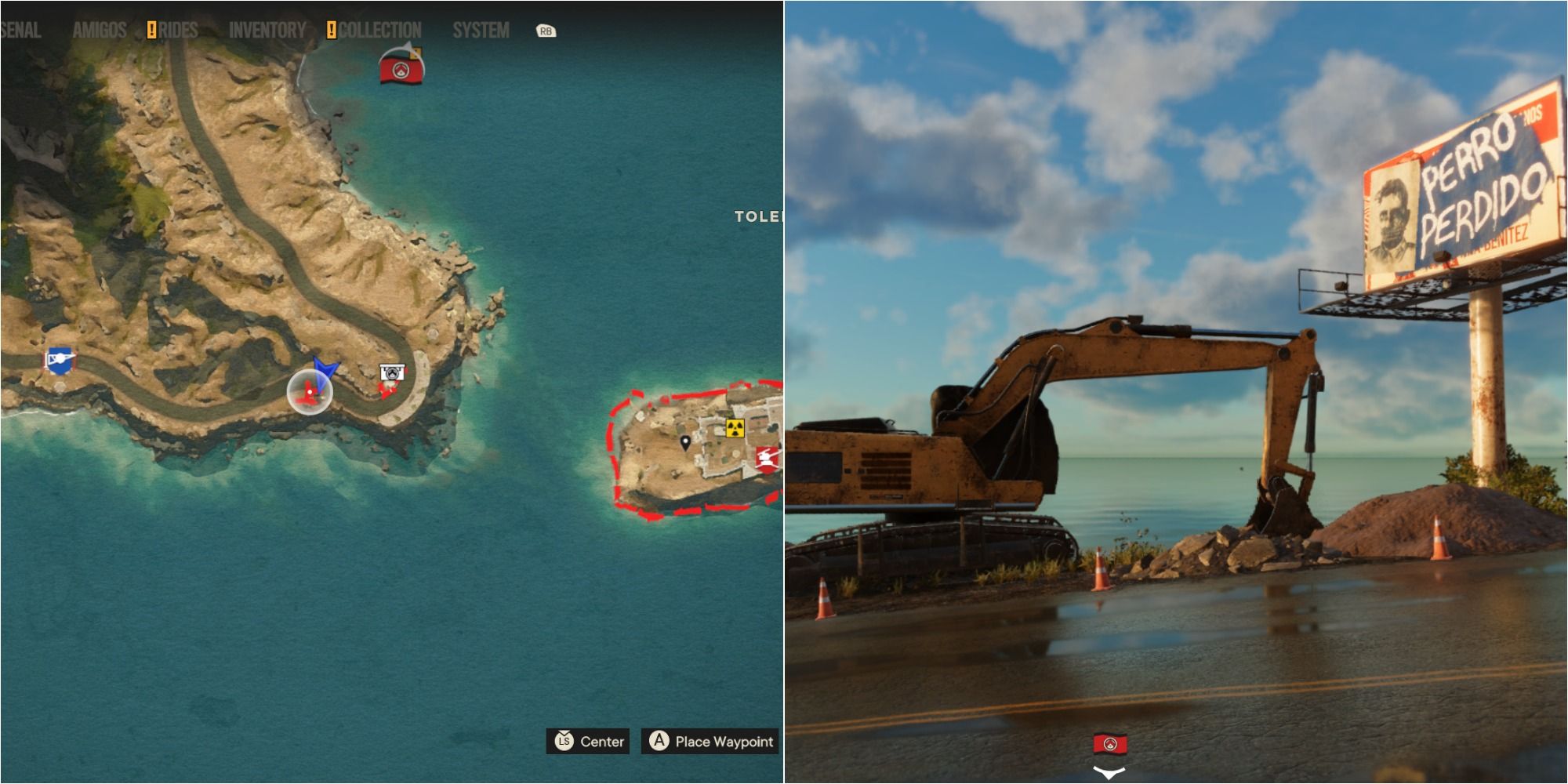 Billboard two is between Fontana Fort and Vacia Coast Checkpoint S. Right by this billboard is a large digger. Climb up the contraption and walk across it to get to the billboard. 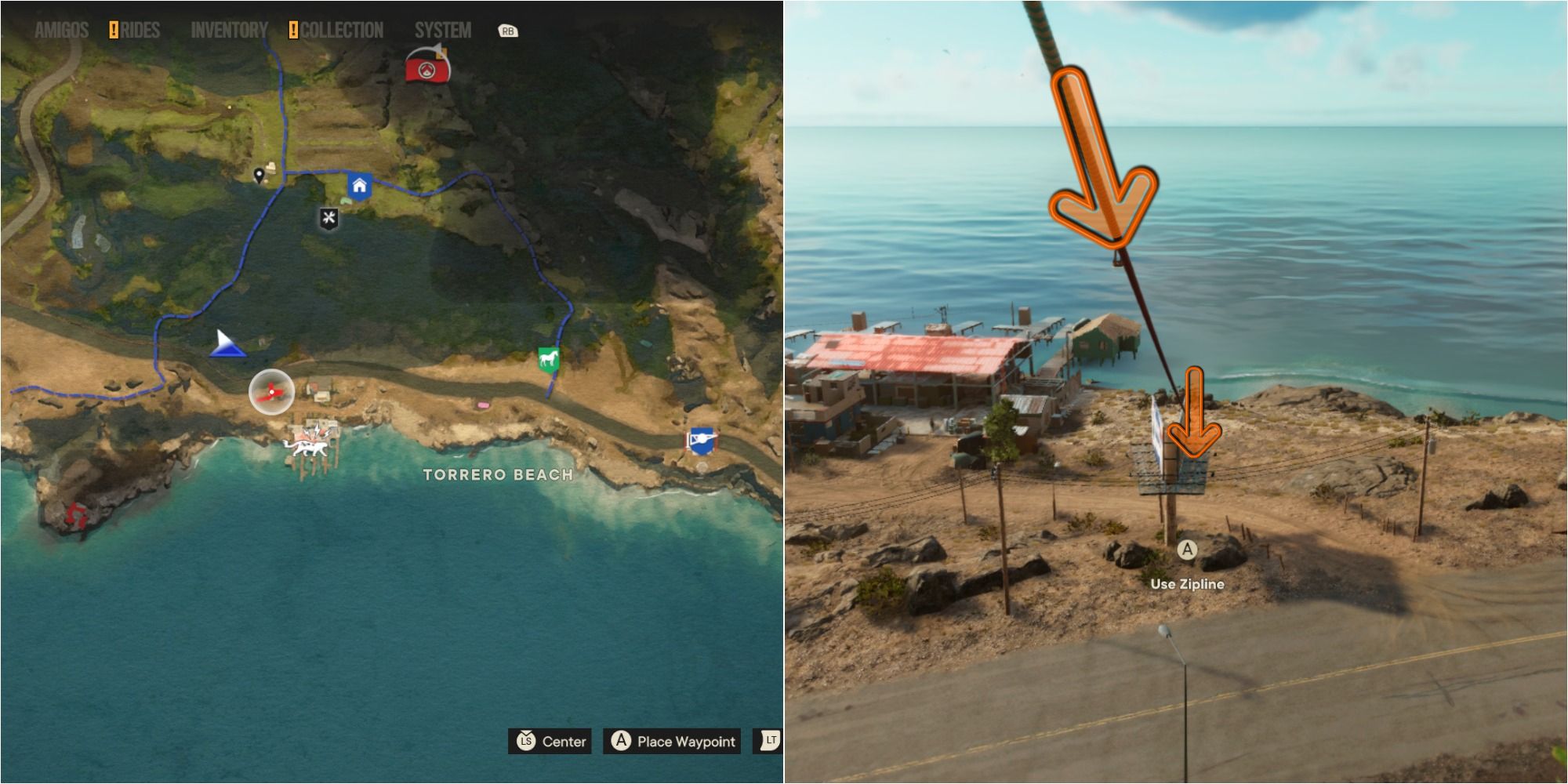 This next one is in the Promise Peaks section, near the fishery. To get to the top of this billboard, you must head up the hill to the north.

Up there is a little shack that has a zipline. Ride said zipline down and detach from it when you're over the billboard. 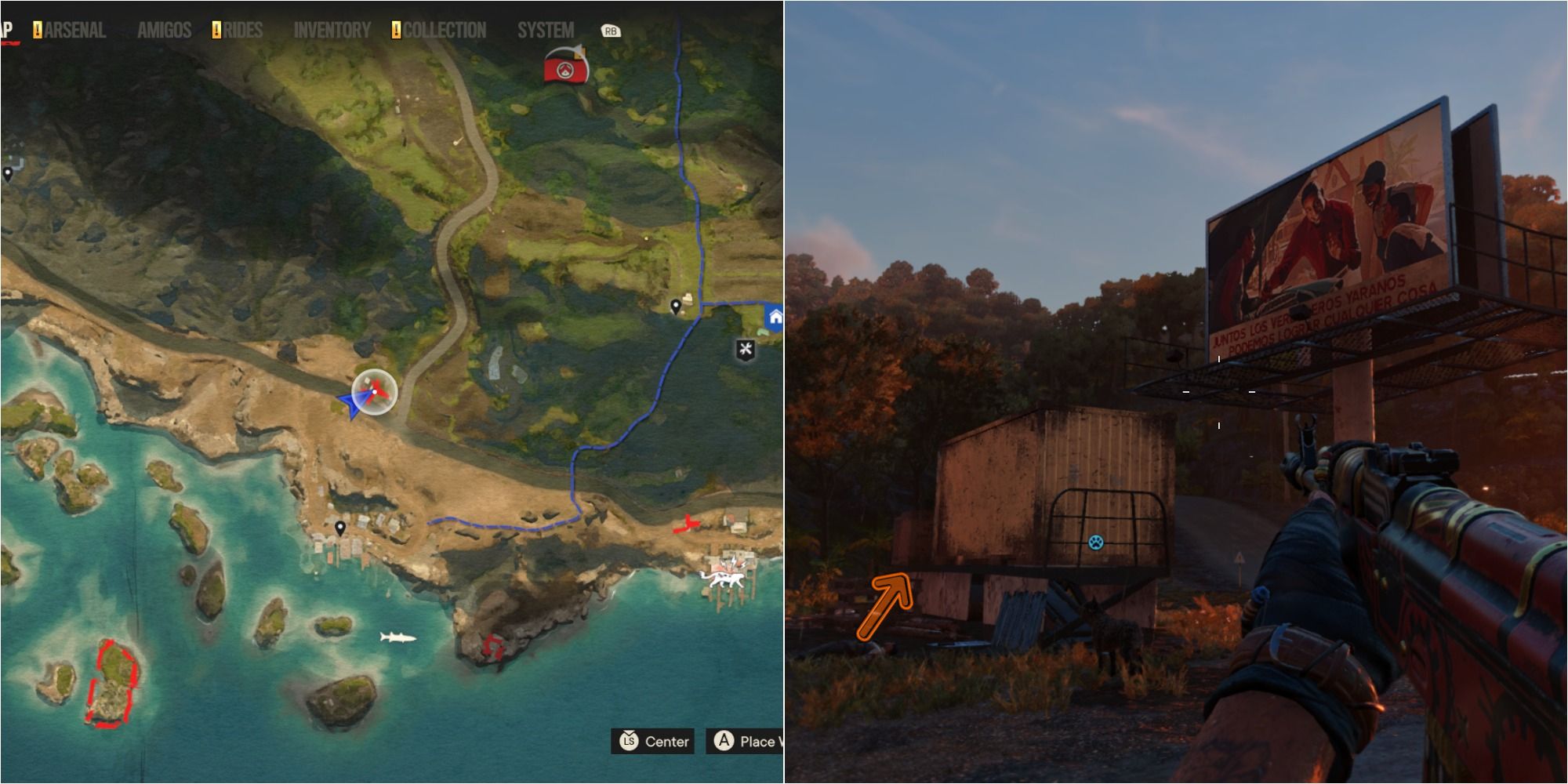 The fourth billboard is directly across the street from Yarabi. It has a large container next to it, which is what you must get on to reach your target.

So, go around to the back of said container to find a pile of palettes to climb. From there, you can walk up to the container and jump to the top of it. At this point, you have a free path to the billboard. 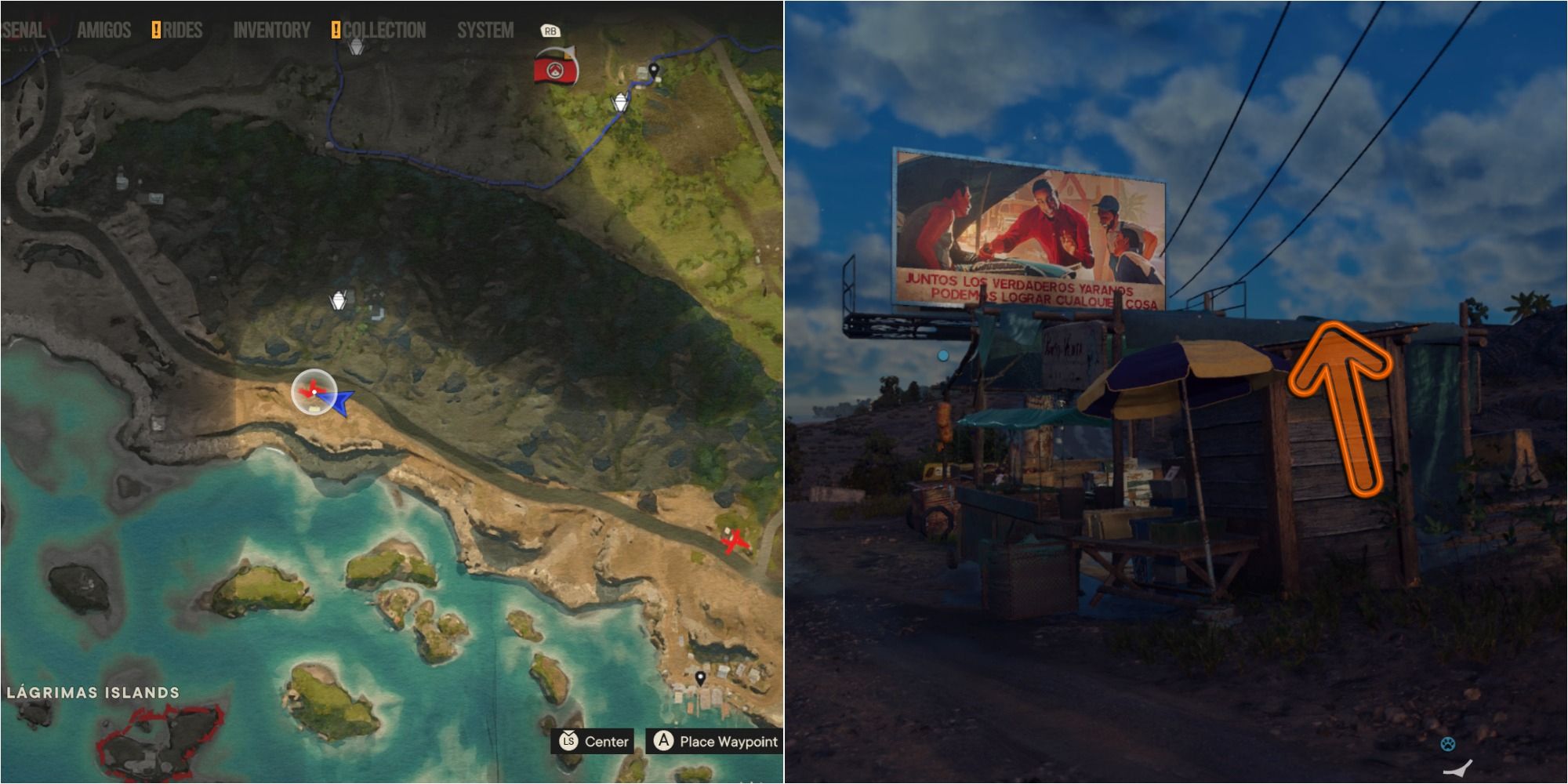 Billboard five isn't far from the Lagrimas Islands. There's a large stall next to it, which has a green sheet as a roof.

Climb on the small shack standing by the colorful umbrella, then walk across the roof of the stall to make it to the billboard.

Go To The Prisoner Swap 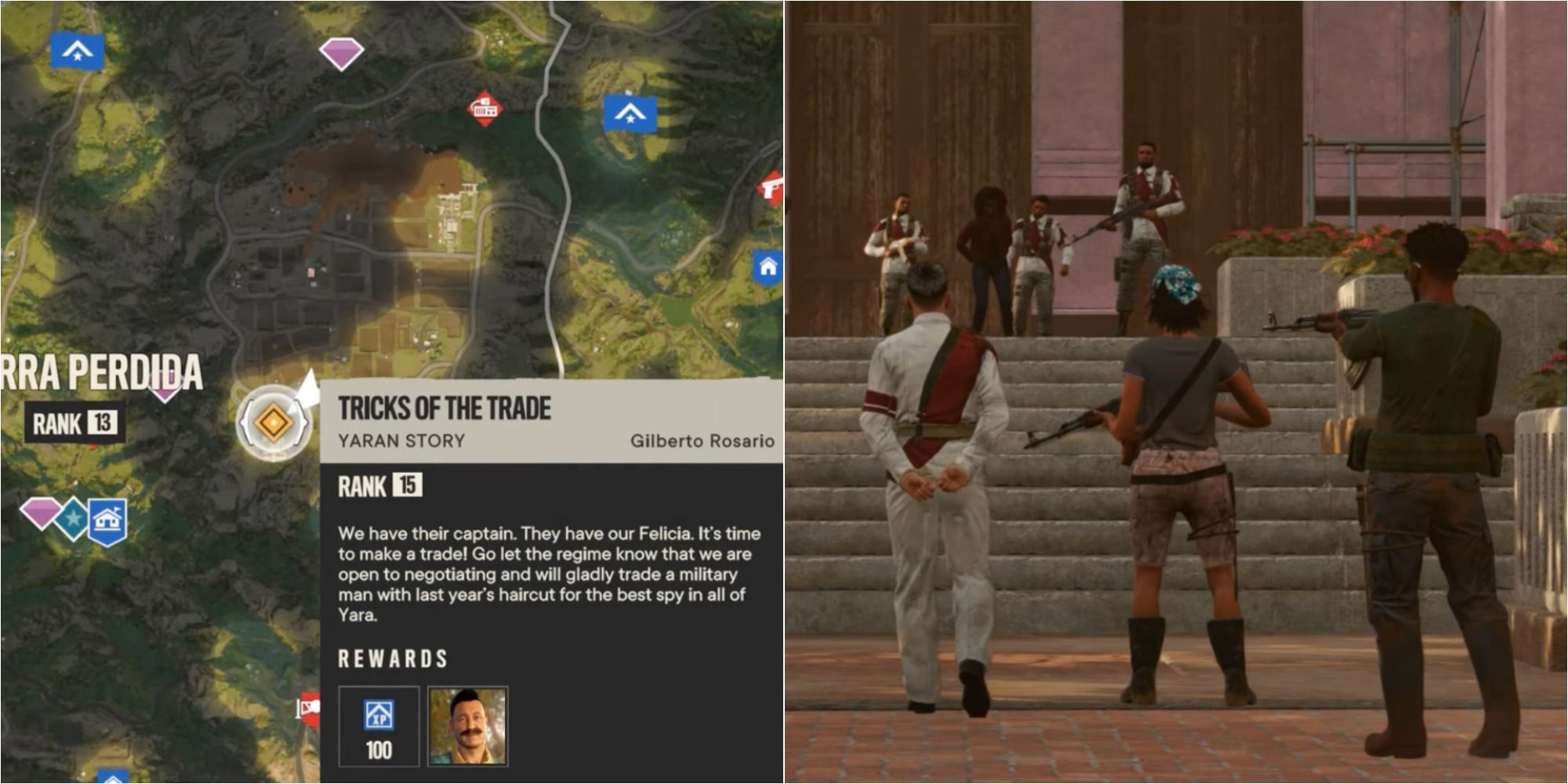 When you've ruined three of the billboards, you will get a call that the prisoner trade is ready to go ahead. It's taking place at Basilica de la Virgen at the bottom of the Savannah Fields. When you get to the spot, a cutscene will trigger. After it, the trade will begin with the two prisoners returning to their respective sides.

Keep your gun holstered as Felicia walks over to avoid starting any trouble. Once she makes it far enough, the soldiers will eventually attack. So, defend Felicia and kill them all. Afterward, go to Felicia and untie her hands. This will serve as the end of the quest.