Every Old Pokemon Spotted In The Pokemon Scarlet And Violet Trailer

Pokemon Scarlet and Violet were recently announced to be coming to Nintendo Switch in 2022, right after a lot of fans have just finished the playthrough of Pokemon Legends: Arceus. No new Pokemon were shown other than the three new starter Pokemon, Sprigatito, Fuecoco, and Quaxly, which still follow the Grass-Type. Fire-Type, and Water-Type patterns that were originally introduced in the first Pokemon games.

Prior to the reveal of the three new starter Pokemon, a handful of older Pokemon were shown in a variety of different environments, giving us a clue into what this brand-new Spain-based region will be like. Did you spot them all? 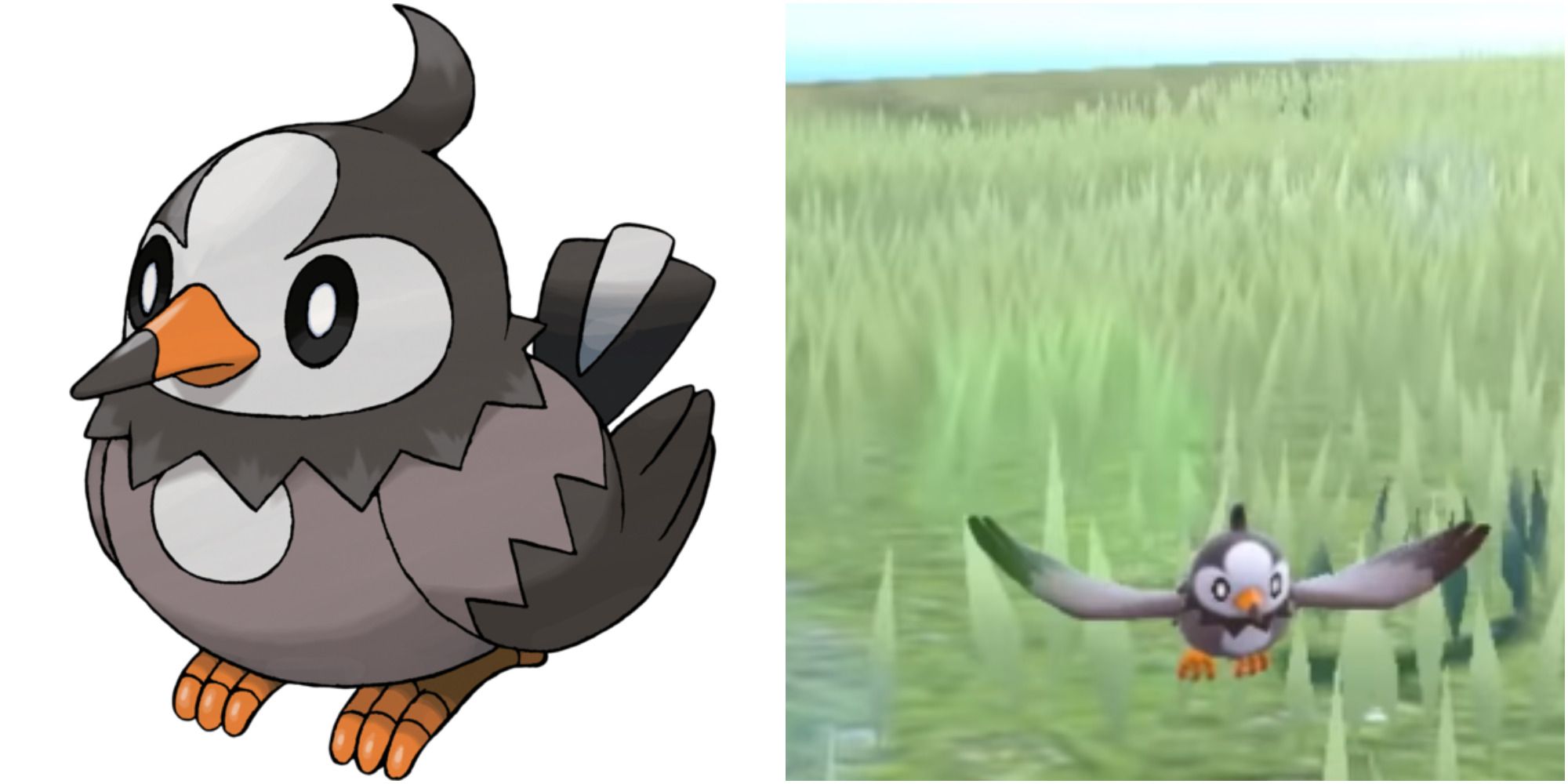 The first Pokemon seen in the trailer is the fourth-generation bird Pokemon Starly, and it is seen in a flock, which is how the Starling Pokemon usually appear.

Starly was first introduced in the fourth-generation Pokemon games, Diamond and Pearl, and more recently appeared in both the remakes, as well as Pokemon Legends: Arceus. Although Starly's evolved forms were not in the trailer, they are assumed to still be in the game, unless it has new regional evolutions. Maybe Starly and its evolutions will have some kind of relationship to a brand-new regional bird Pokemon. 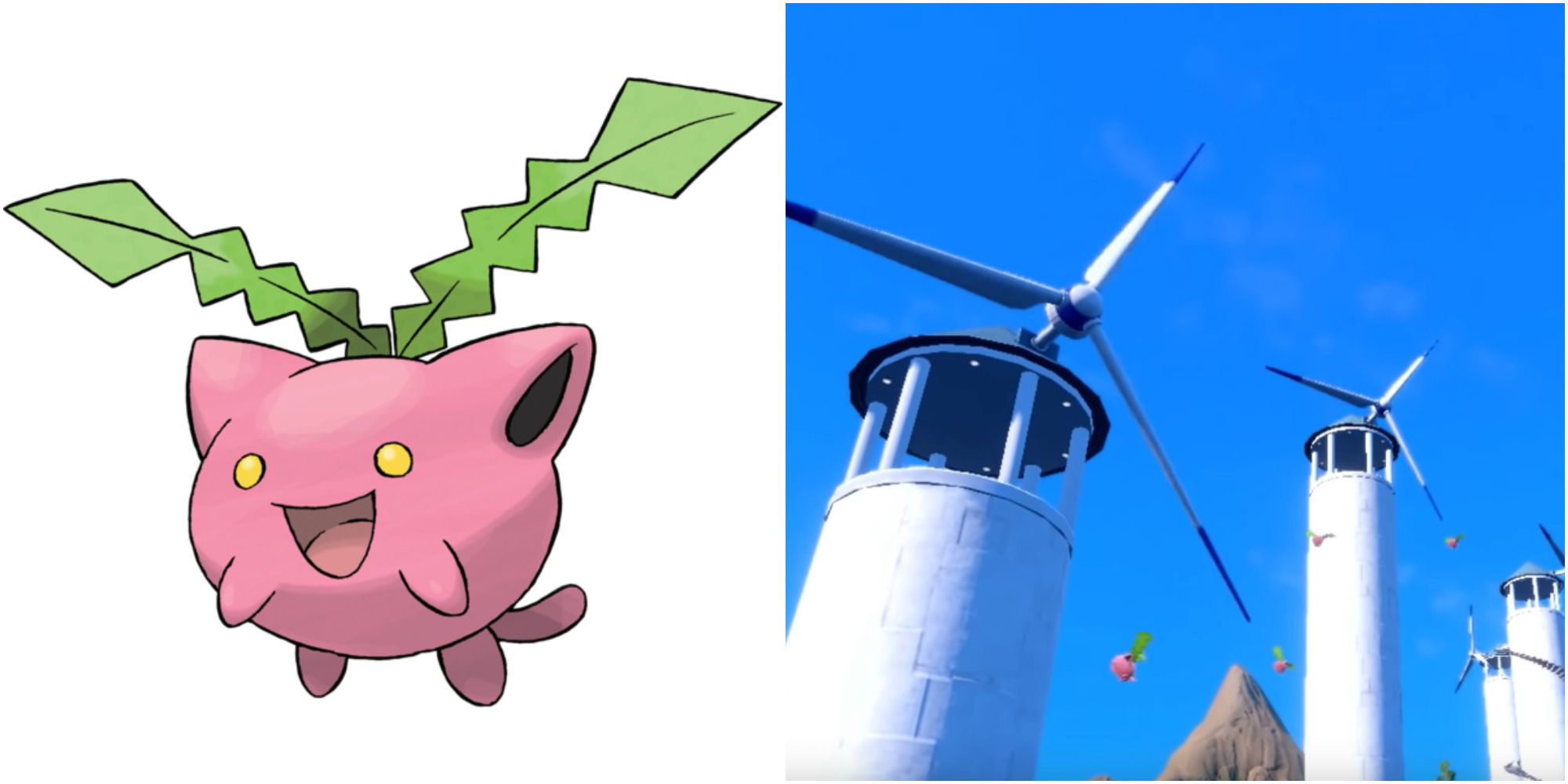 Hoppip is a dual Grass and Flying-type that was first introduced in the second-generation Pokemon games Gold, Silver, and Crystal, and many are seen floating by wind turbines in the new trailer.

Hoppip are known for being so light that even the slightest breeze can cause them to drift in the air. Both Hoppip and its evolutions, Skiploom and Jumpluff, were most recently obtainable in Brilliant Diamond and Shining Pearl when the player has received the National Pokedex after seeing the first 150 Pokemon in the Sinnoh Pokedex. In Scarlet and Violet, it seems they will be easier to obtain. 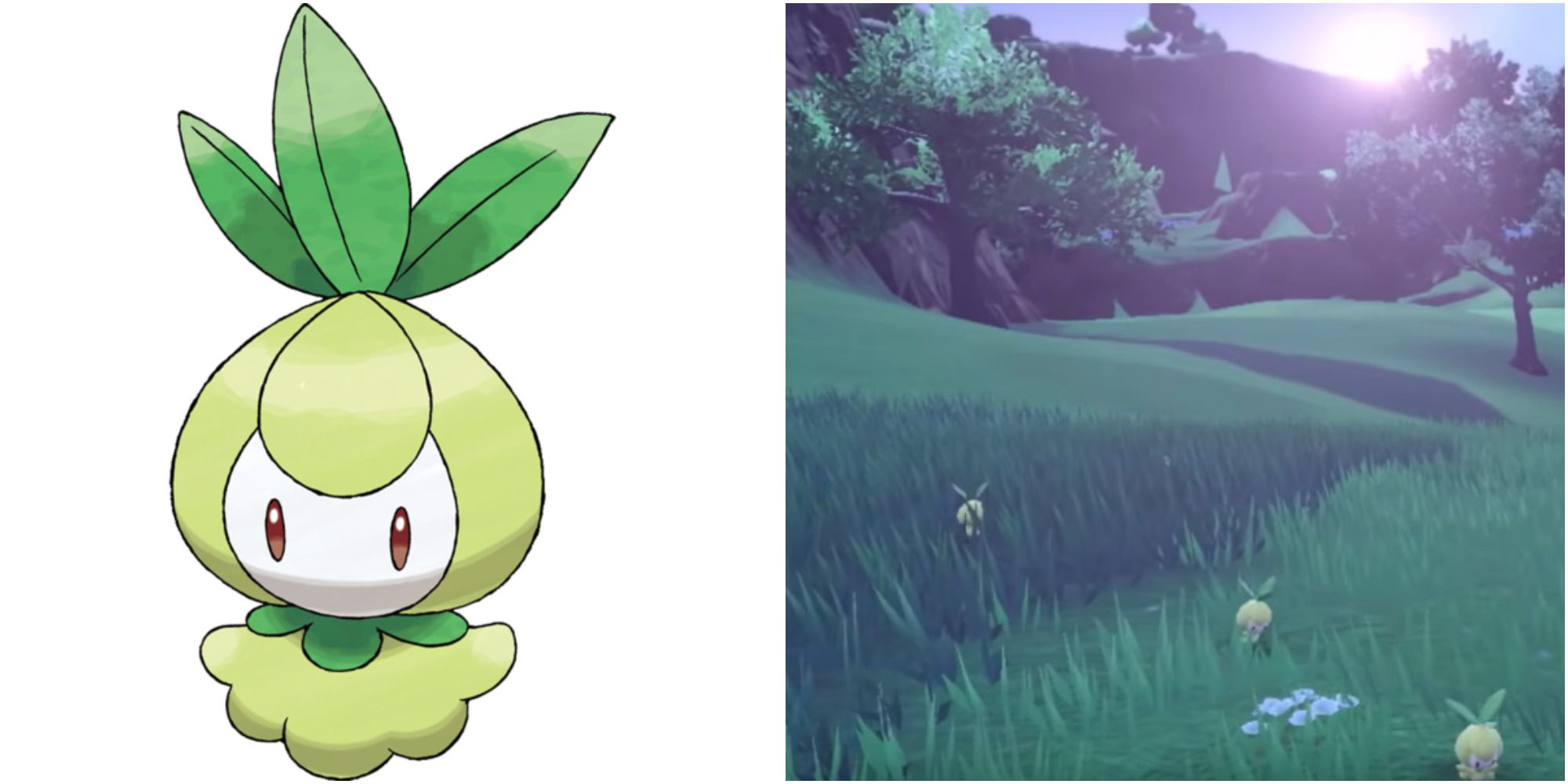 A group of the Grass-type Bulb Pokemon Petilil can be seen in the trailer walking alongside a group of Bounsweet. Petilil was first introduced in the fifth generation Pokemon games, Pokemon Black and White.

In Pokemon Legends: Arceus, Petilil's evolved form, the flowering spinning Pokemon Liligant, got a Hisuian version where it becomes part Fighting-type. Both the Unovan variant and Hisuian variant of Lilligant happen once Petilil has been exposed to a Sun Stone. Pokemon Legends: Arceus also happened to be the first time Petilil has been obtainable since the seventh-generation games Pokemon Ultra Sun and Ultra Moon. 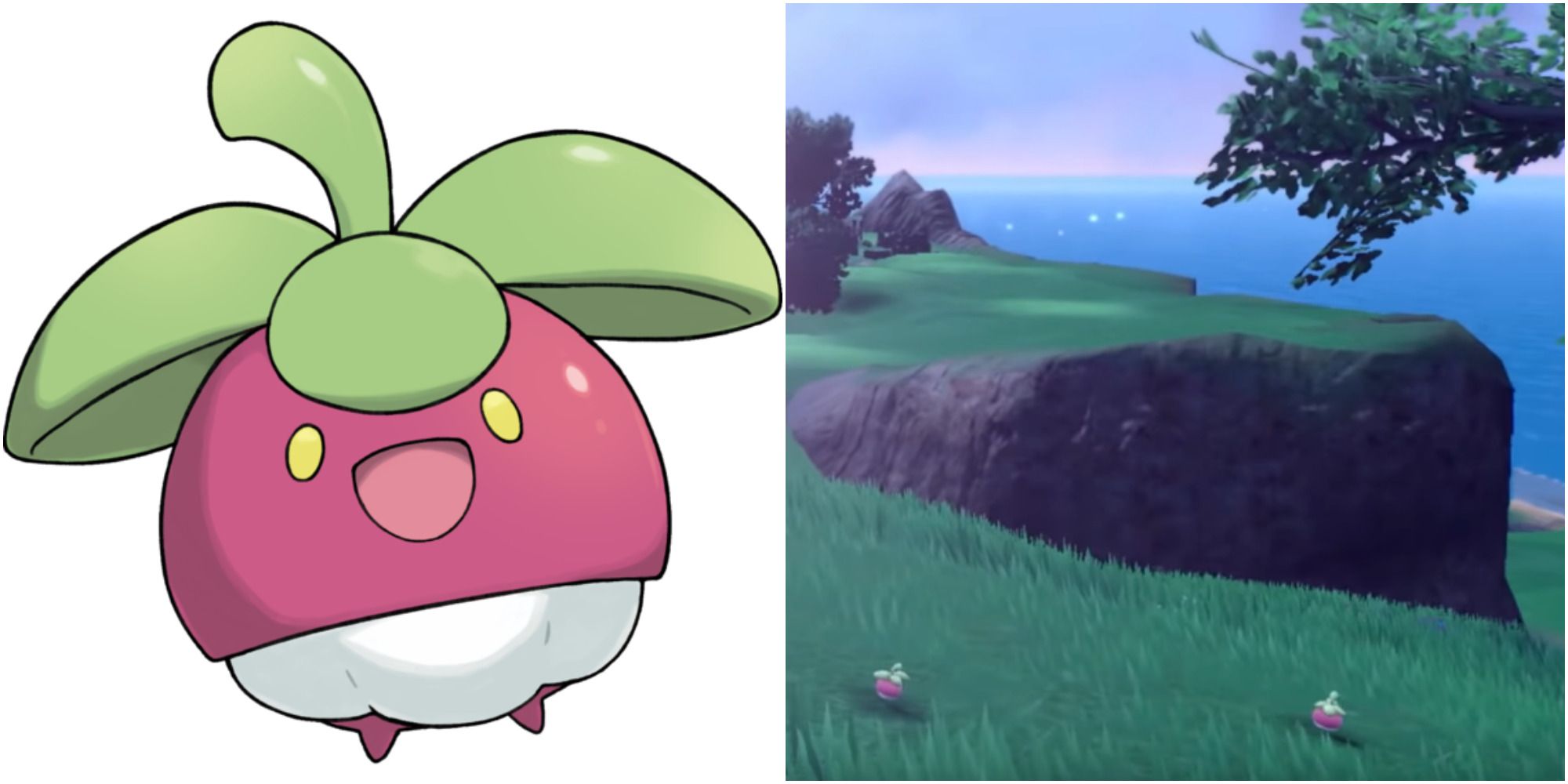 The Fruit Pokemon Bounsweet was first introduced in the seventh generation Pokemon games Sun and Moon. At level 18, Bounsweet can evolve into Steenee, and once it learns Stomp Steenee can evolve into the popular Tsareena.

While Bounsweet has a delightful scent, it is apparently too sweet for humans to consume, but its sweat can be made into juice once it has been watered down enough, and it is also used as a living air freshener. Its scent also causes bird Pokemon such as Toucannon to consume it whole, which is an unfortunate fate for such an adorable and seemingly carefree Pokemon. 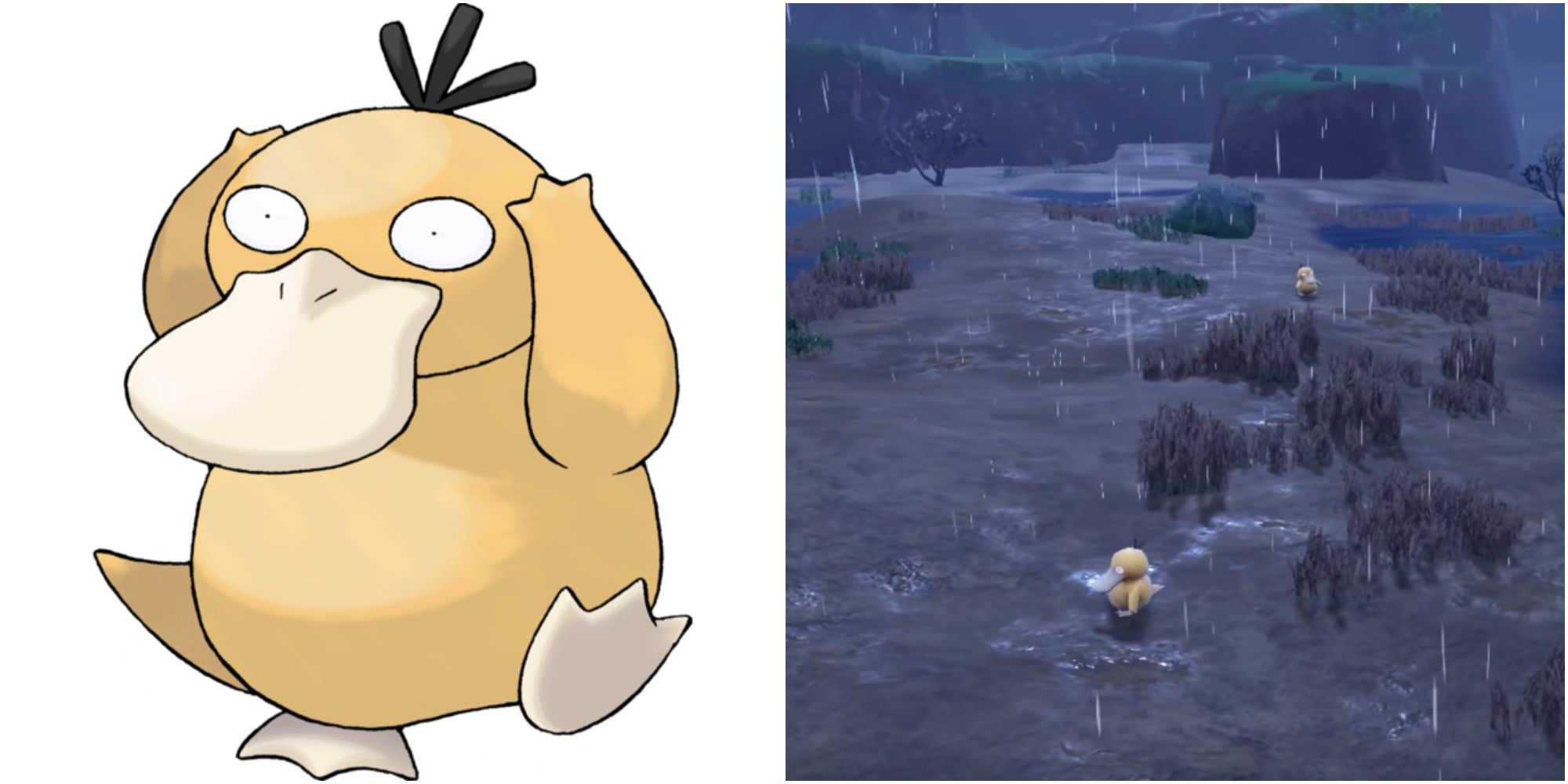 The original Duck Pokemon Psyduck is a classic Pokemon that first appeared in Red and Blue versions. Many are familiar with it due to Misty owning one in the original anime series.

Psyduck's appearances in the mainline games have been on and off, but it most recently appeared in Pokemon Legends: Arceus. There's even a request to obtain ingredients for medicine to treat its headache in said game. Psyduck can also evolve into Golduck at level 33. It'll be interesting to see if Psyduck and Golduck have any kind of relationship with the new Pokemon Quaxly and its evolutions. 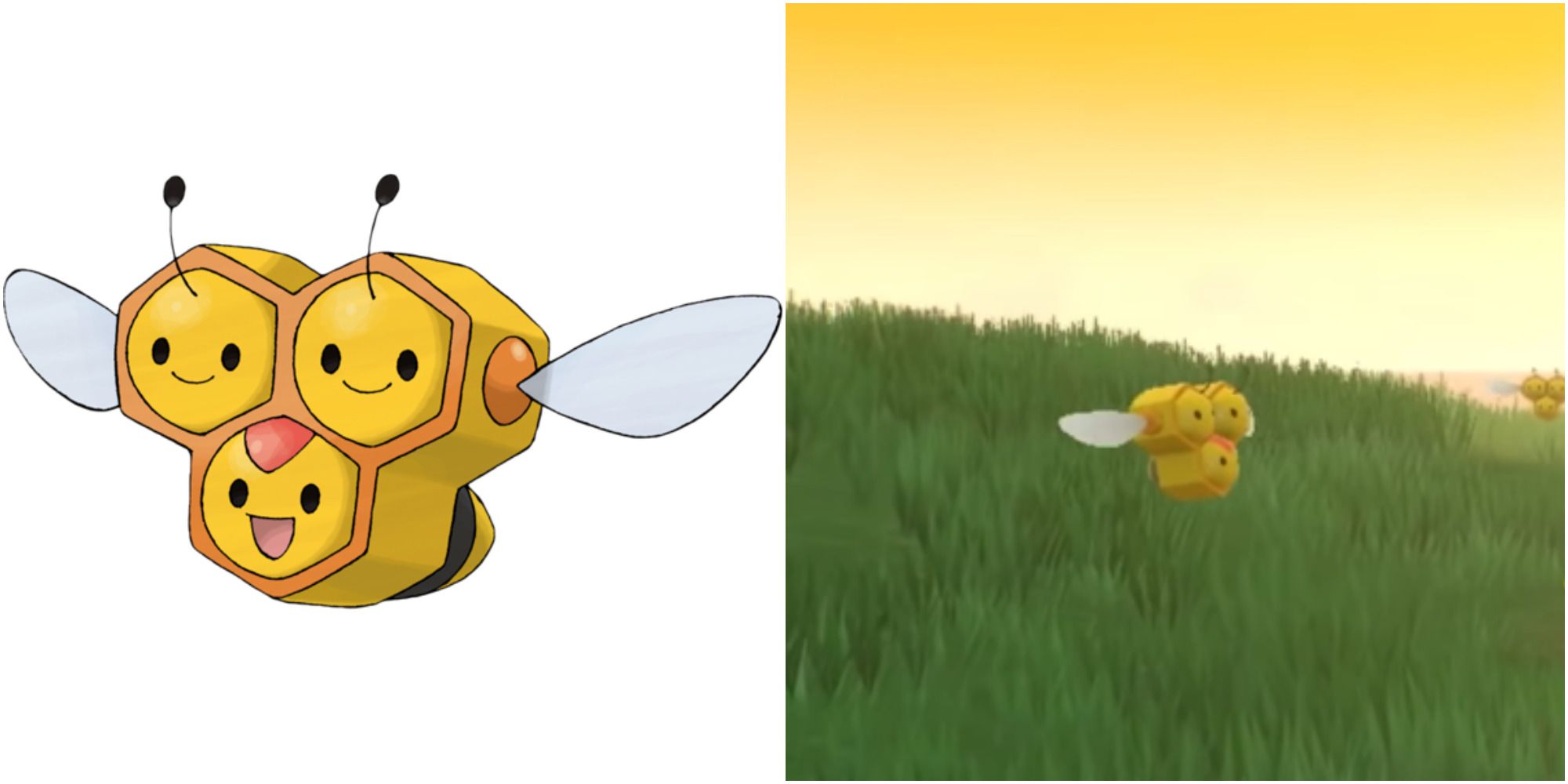 The Tiny Bee Pokemon Combee was introduced in the fourth generation of Pokemon and most recently appeared in Pokemon Legends: Arceus. Male Combee do not evolve, but female Combee can evolve into Vespiquen once they reach level 21. Every Combee is also a trio, and when sleeping, many Combee stack together to form a hive.

In Pokemon Legends: Arceus, wild Combee that are defeated or caught by the player will drop Dazzling Honey, which can then be used as bait to lure other wild Pokemon or as an ingredient for Honey Cakes or Old Gateaux, which can also be used as bait. 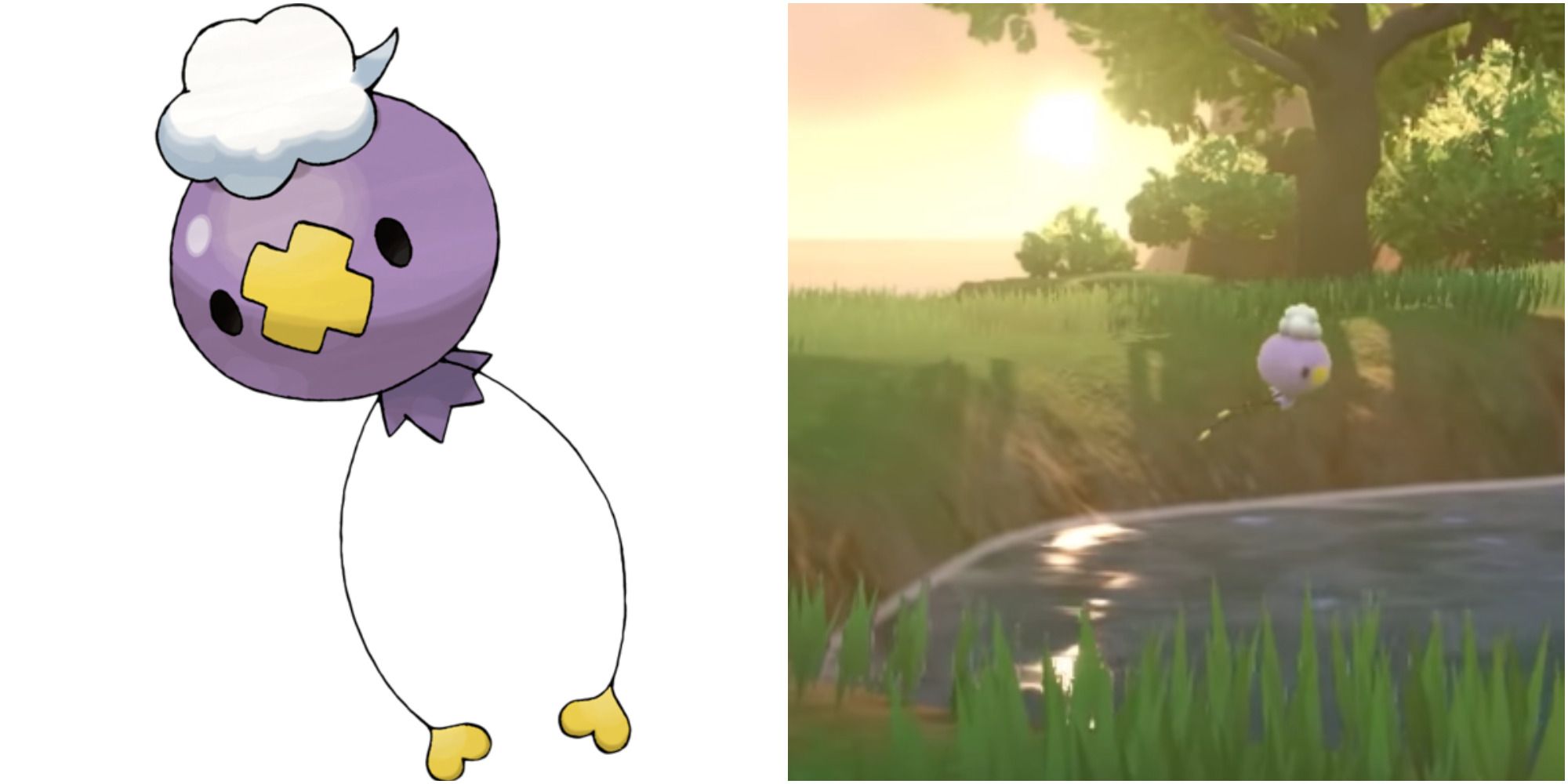 The dual Ghost and Flying-type Balloon Pokemon Drifloon was first introduced in the fourth generation games and can evolve into Drifblim once it has reached level 28.

Drifloon is similar to Hoppip in that it is usually seen drifting around, but as a Ghost-type Pokemon, it has much darker origins. It is said that Drifloon are formed from the spirits of both people and Pokemon and can cause children to go missing after it tugs on their hands, but they usually end up being pulled by the children instead since they're so similar to the balloons that they're based on. 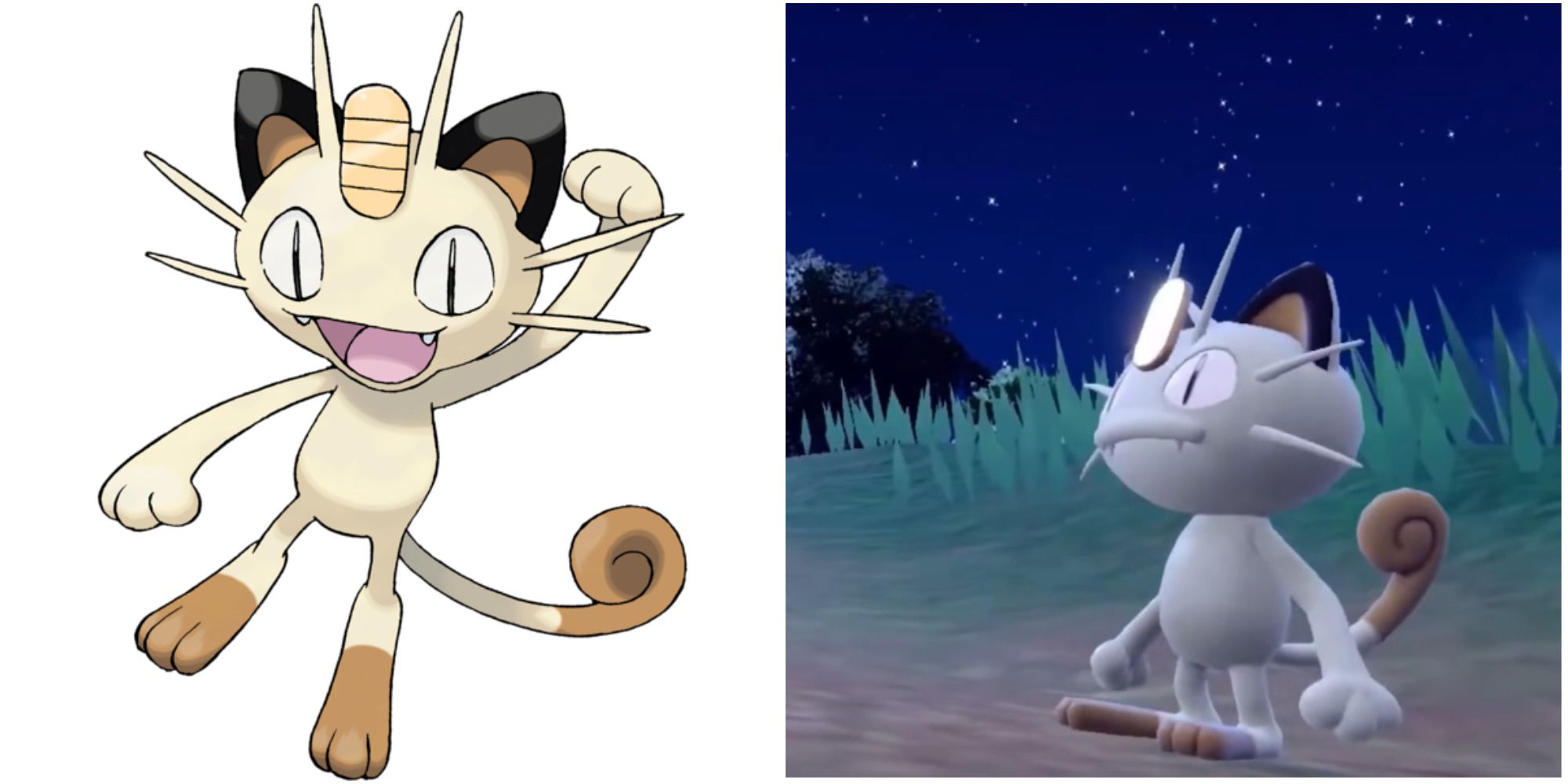 Meowth was introduced in the first generation and is one of the most well-known Pokemon due to its role in the anime series as part of the Team Rocket Trio, as well as the first Pokemon shown to be capable of human speech. 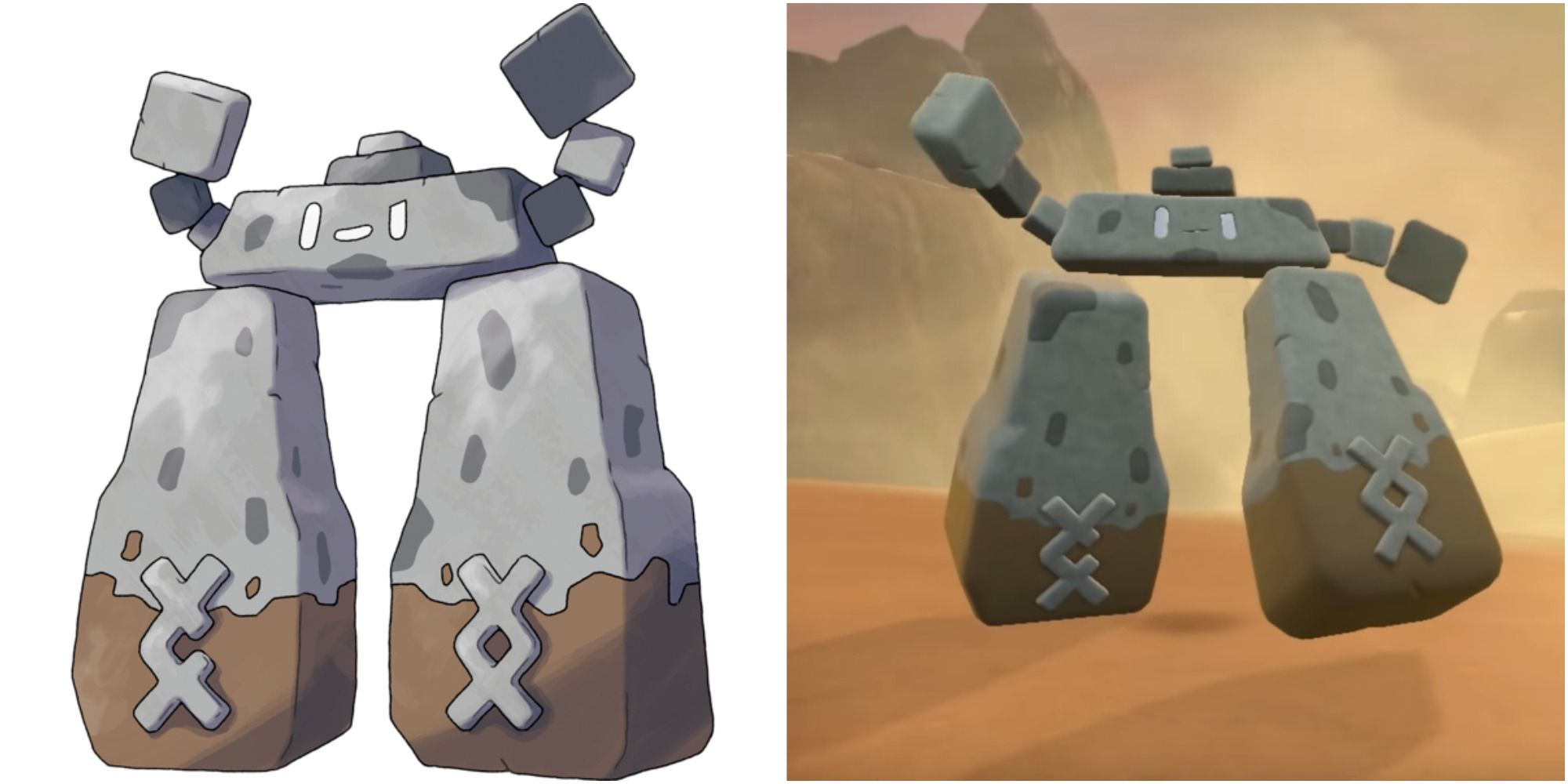 The Big Rock Pokemon Stonjourner was first introduced in the eighth generation Pokemon games and was a version exclusive for Pokemon Sword. There is currently not that much known about this Pokemon other than it prefers to live a quiet life, enjoys standing in the grass and watching the sun descend, and is capable of powerful kicks.

At certain times Stonjourner will gather together in a circle, looking like Stonehenge, and similar to their inspiration, it is unclear why they engage in this behavior. In the new trailer, several Stonjourner can be seen roaming through the desert during a sandstorm. 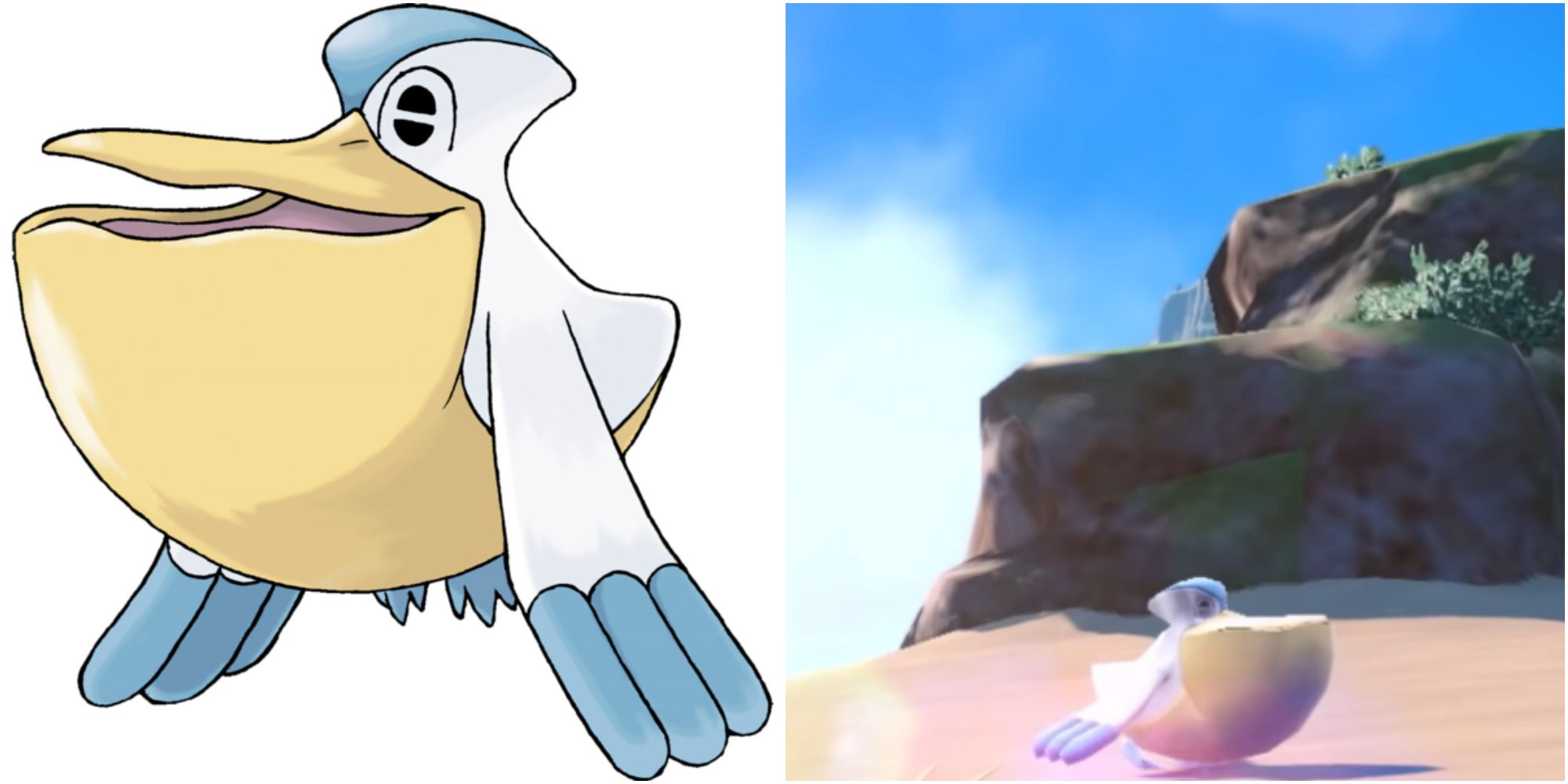 The Water Bird Pokemon Pelipper was first introduced in the third generation Pokemon games, Ruby and Sapphire, and can evolve from Wingull once it reaches level 25. Like real-life pelicans, Pellipper can use its bill to scoop up any unsuspecting prey. It can also safely transport its eggs as well as small Pokemon with its bill.

Pellipper is also known as the "messenger of the skies," and in Pokemon Mystery Dungeon Red and Blue, a group of Pelipper run the Post Office. In the Scarlet and Violet trailer, several Pelipper can be seen walking on a beach alongside several Clauncher. 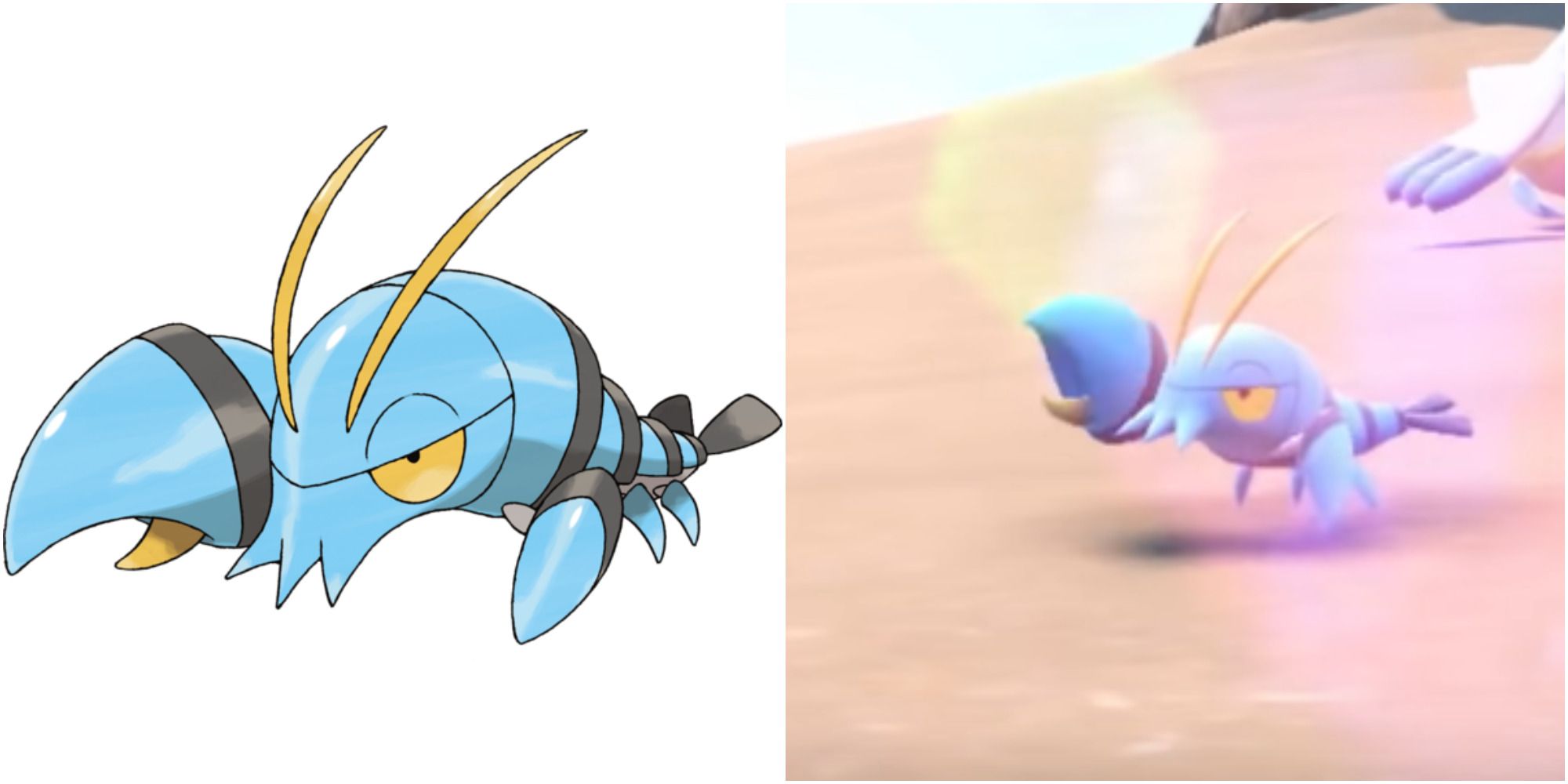 The Water Gun Pokemon Clauncher was first introduced in the sixth generation Pokemon games Pokemon X and Y and can evolve in Clawitzer once it reaches level 37.

Clauncher can use the gas that expels from their giant claw to fire compressed water at prey, a technique that has been compared to a pistol shot. It is said that sometimes the giant claw falls off, causing Clauncher to hide until it grows back. The fallen claws are also said to be a very popular food in several regions. In the trailer, several Clauncher are seen on a beach alongside Pelipper. 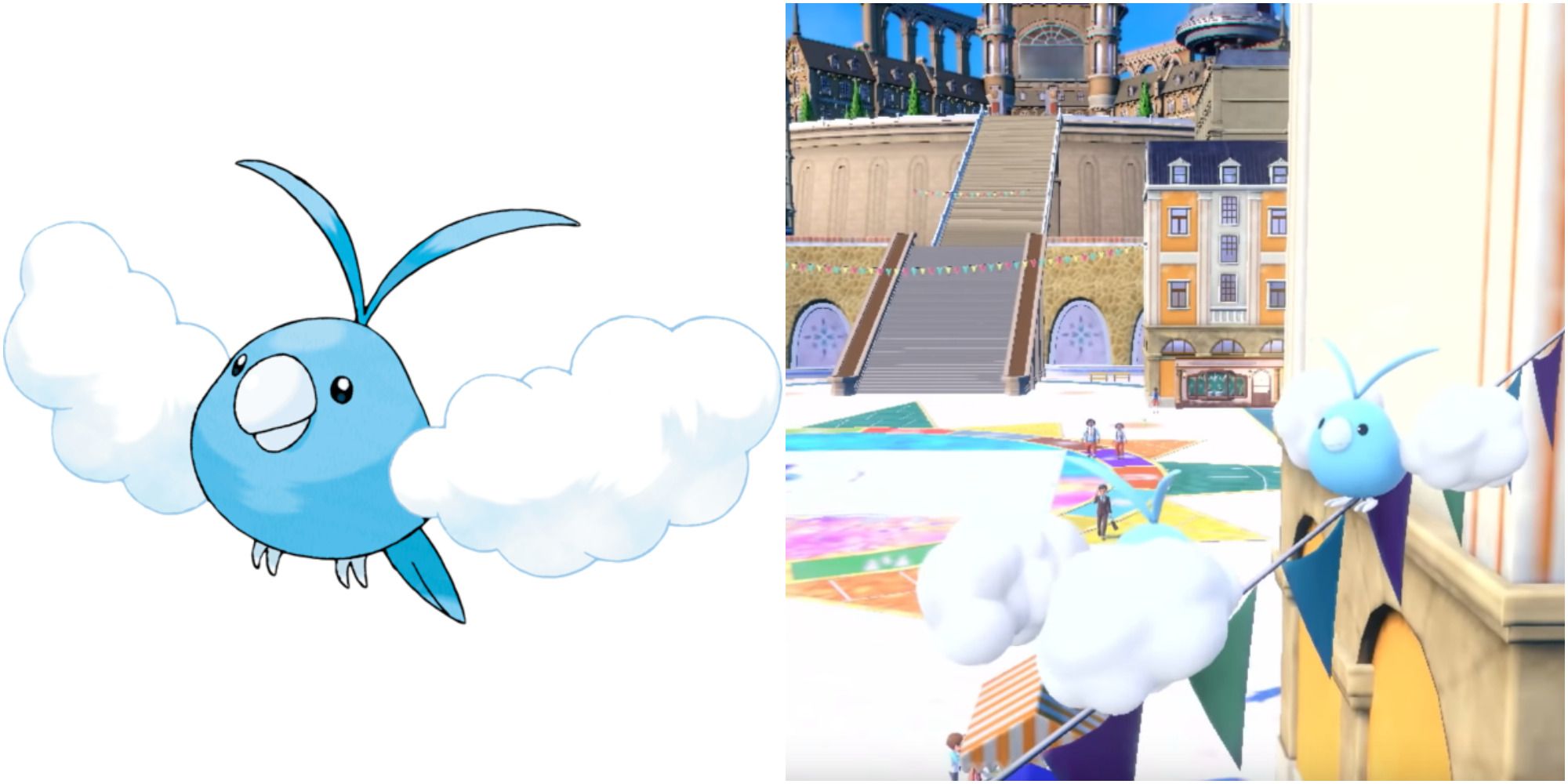 The Cotton Bird Pokemon Swablu is a dual Normal and Flying-Type that was first introduced in the third generation Pokemon games and can evolve into Altaria once it reaches level 35. Swablu are said to love cleaning things and will use their cotton wings to wipe and polish.

Swablu are also said to enjoy landing on people's heads and pretend as if they were a hat. They are usually found in the forest, but during springtime will often be found close to towns, which would explain why several Swablu are seen hanging out in a town in the trailer. 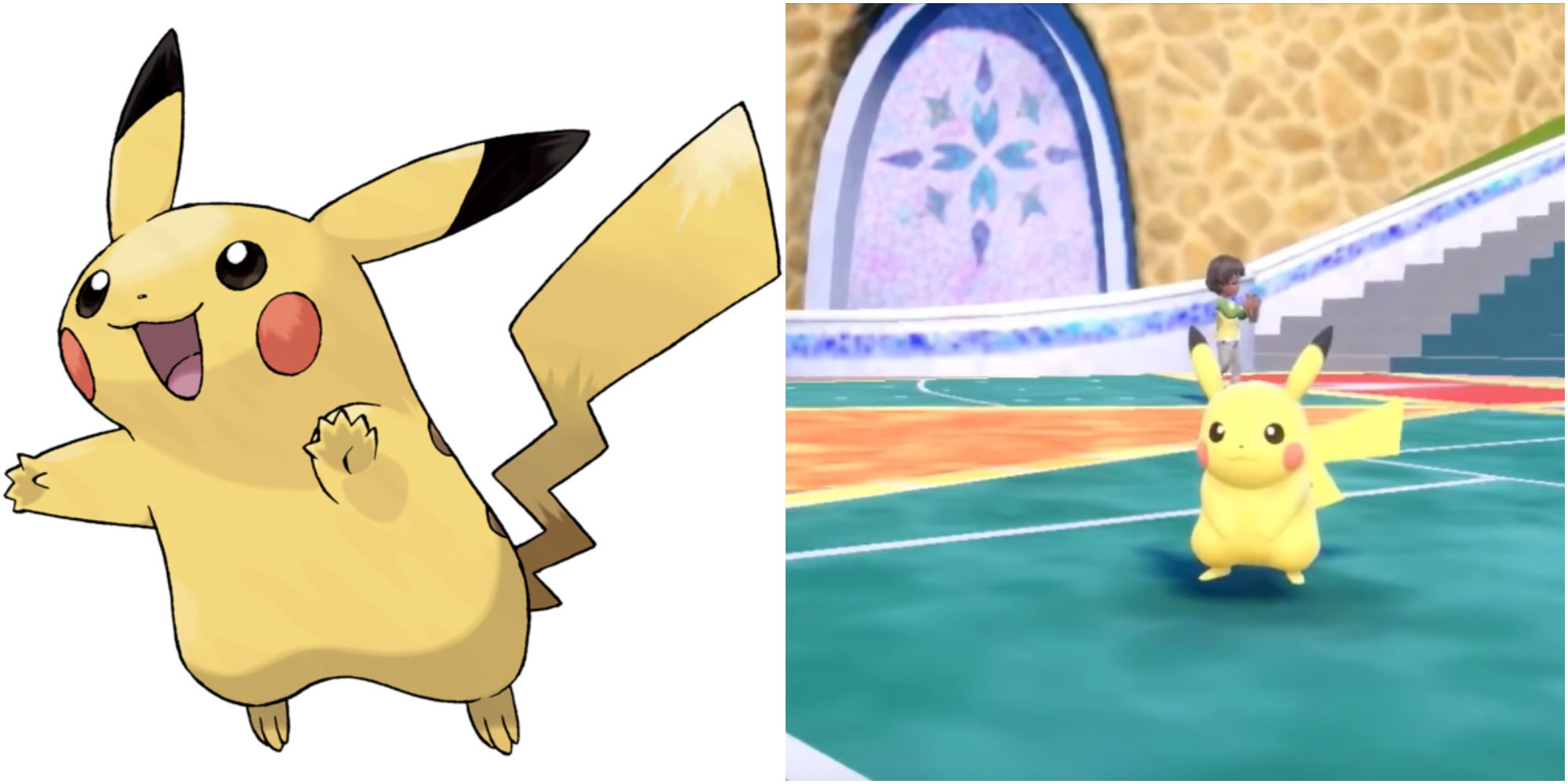 As the mascot of the entire franchise, the Mouse Pokemon Pikachu has been obtainable in every mainline Pokemon game to date. However, it was only obtainable from an event in Black and White and their sequels. In the Scarlet and Violet trailer, Pikachu seems to be in one of the towns, and it's unclear if this particular Pikachu is wild or owned by any character.

In the sixth-generation Pokemon games, Pikachu's cry was replaced by the sound it makes in the anime, and this has continued until Pokemon Legends: Arceus, where its cry was changed back to the older one. 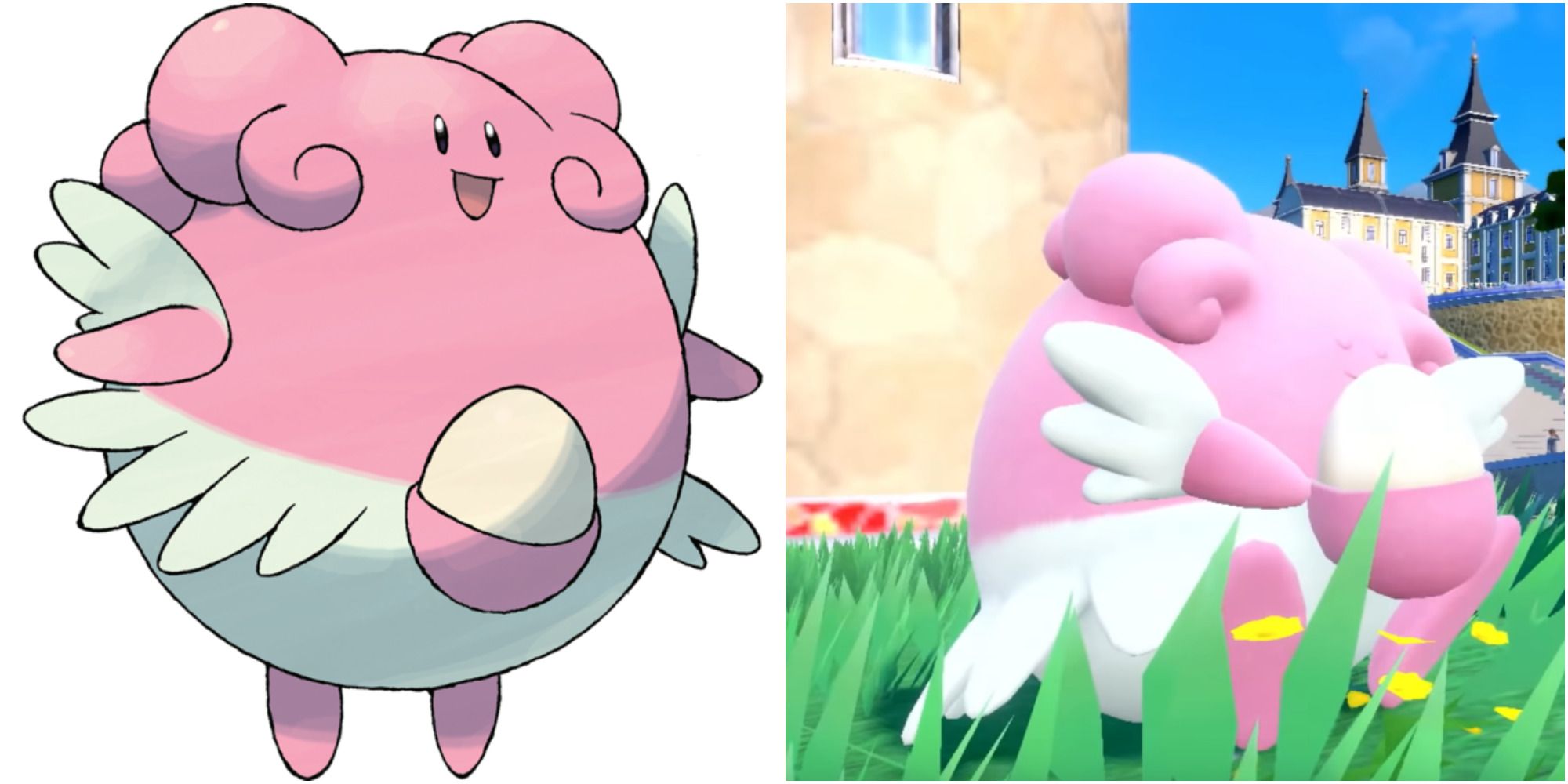 The Happiness Pokemon Blissey was first introduced in the second generation of Pokemon games and can evolve from Chansey once it has a high enough friendship level. Blissey is a compassionate Pokemon who will tend to both Pokemon and people if they are injured or sad. Blissey's eggs are also said to make anyone who eats then caring, pleasant, and happy.

In Pokemon Legends: Arceus, if a wild Blissey is near, it will run over to the player to check on them if they've been hit by a wild Pokemon attack. In the trailer, a Blissey is seen taking a nap. 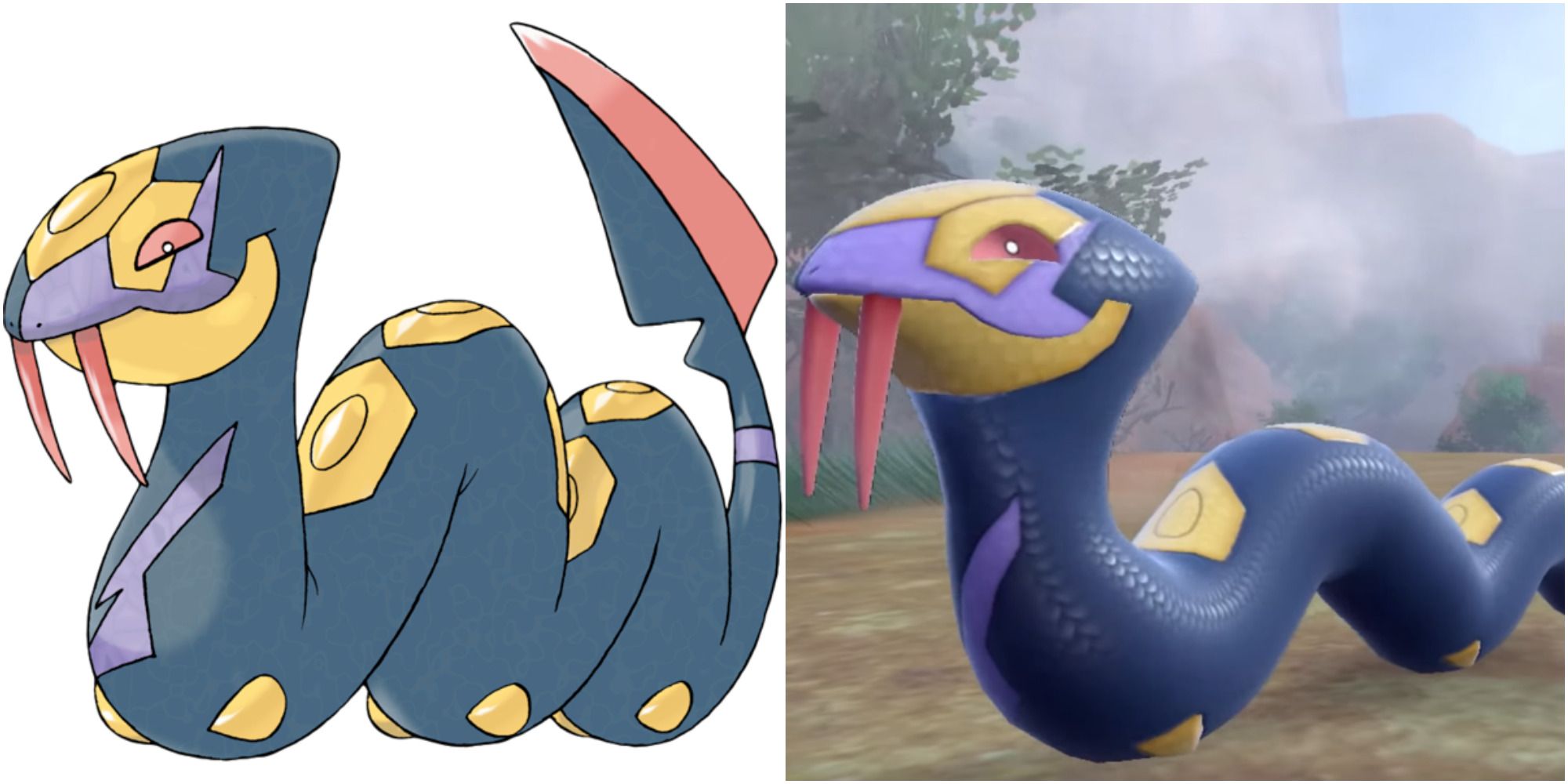 Seviper are known for two things, the poison they secrete from their bladed tails and their rivalry with Zangoose. Jesse of the Team Rocket trio also once owned a Seviper in the Pokemon Advanced anime series, but it was left at the Team Rocket headquarters when the trio traveled to the Unova region. Seviper is seen slithering around in the trailer. 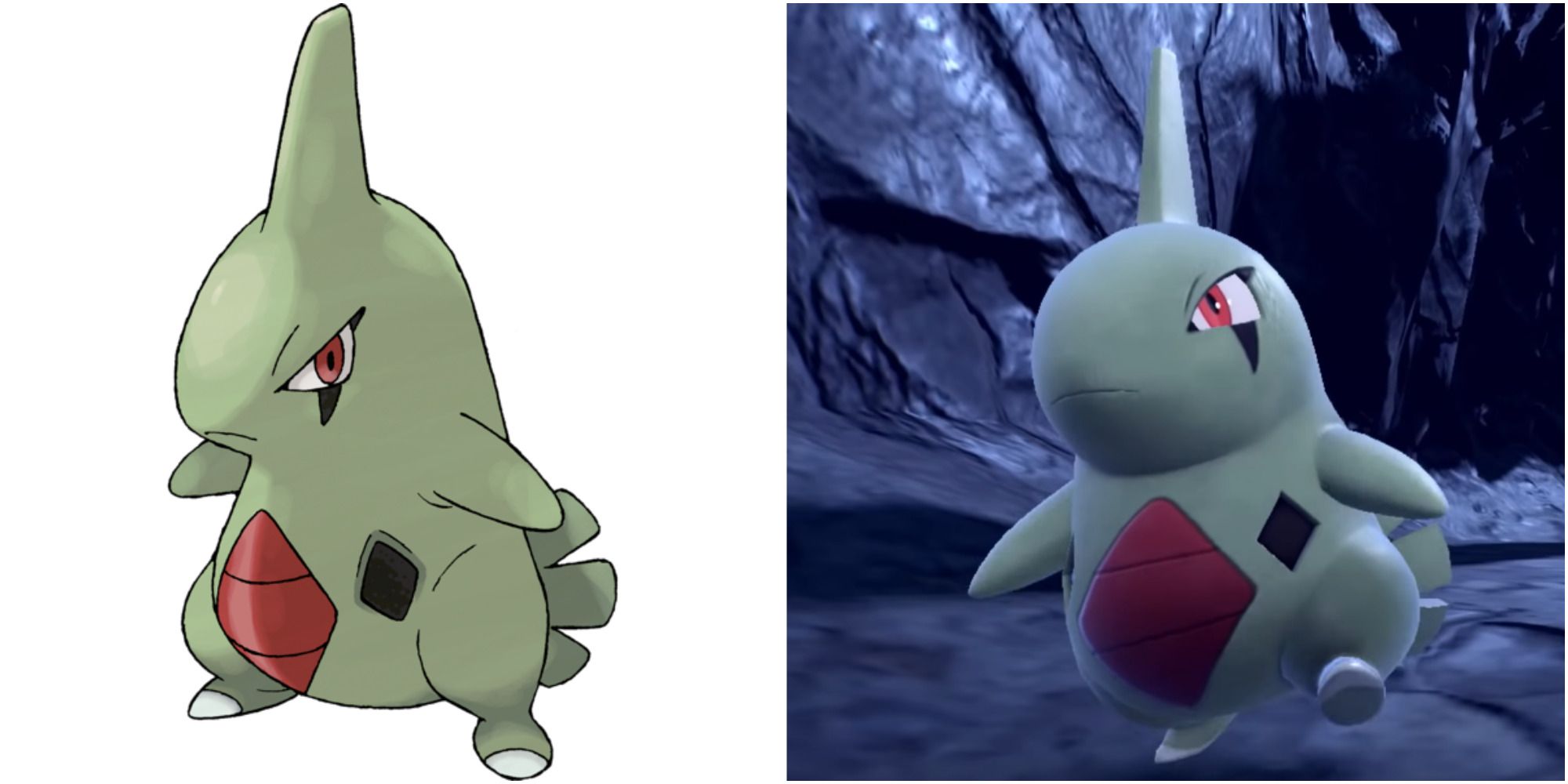 The Rock Skin Pokemon Larvitar was first introduced in the second generation games, and several can be seen walking through a cave in the Scarlet and Violet trailer. Larvitar can evolve into Pupitar once it reaches level 30, and at level 55, Pupitar can evolve into Tyranitar.

Larvitar are said to consume soil, and that they will go to sleep and become a pupa once they have consumed a mountain's worth of soil. In the Pokemon Master Quest anime series, Ash obtains a Larvitar after it hatches from an Egg in his possession and later reunites it with its mother. 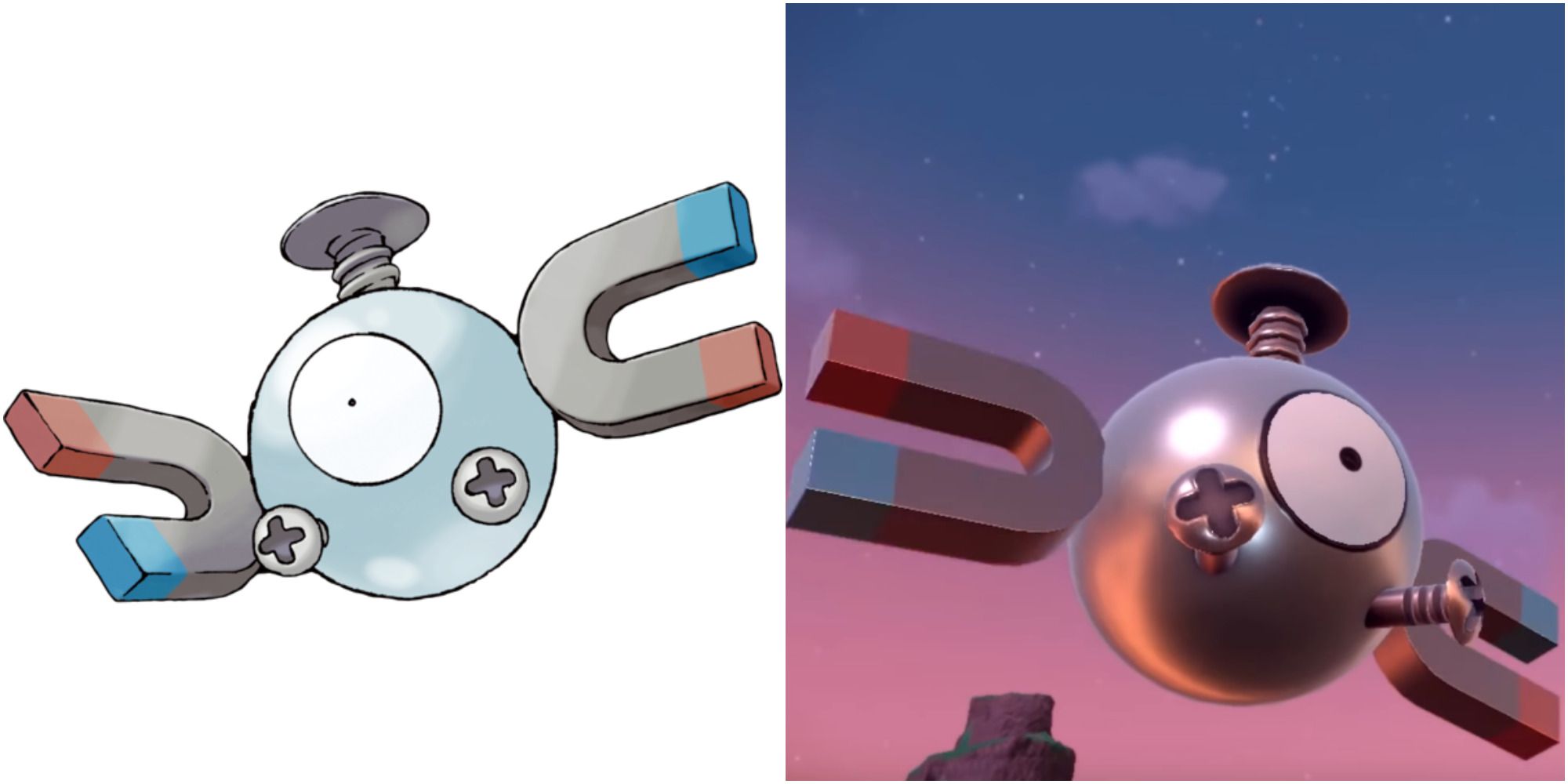 The Magnet Pokemon Magnemite was first introduced as part of the original 151 Pokemon from Red and Blue alongside its evolution Magneton, which it can evolve into once it reaches level 30. In the fourth generation games, Magnezone, a new evolved form of Magneton itself, was introduced, which it evolves into when training in special magnetic fields or when exposed to a Thunder Stone.

One notable trait of Magnemite is that it can levitate by using anti-gravity energy, as seen in the trailer. In Pokemon Legends: Arceus, Magnemite and its evolutions only appear in Space-Time Distortions in the Cobalt Coastlands. 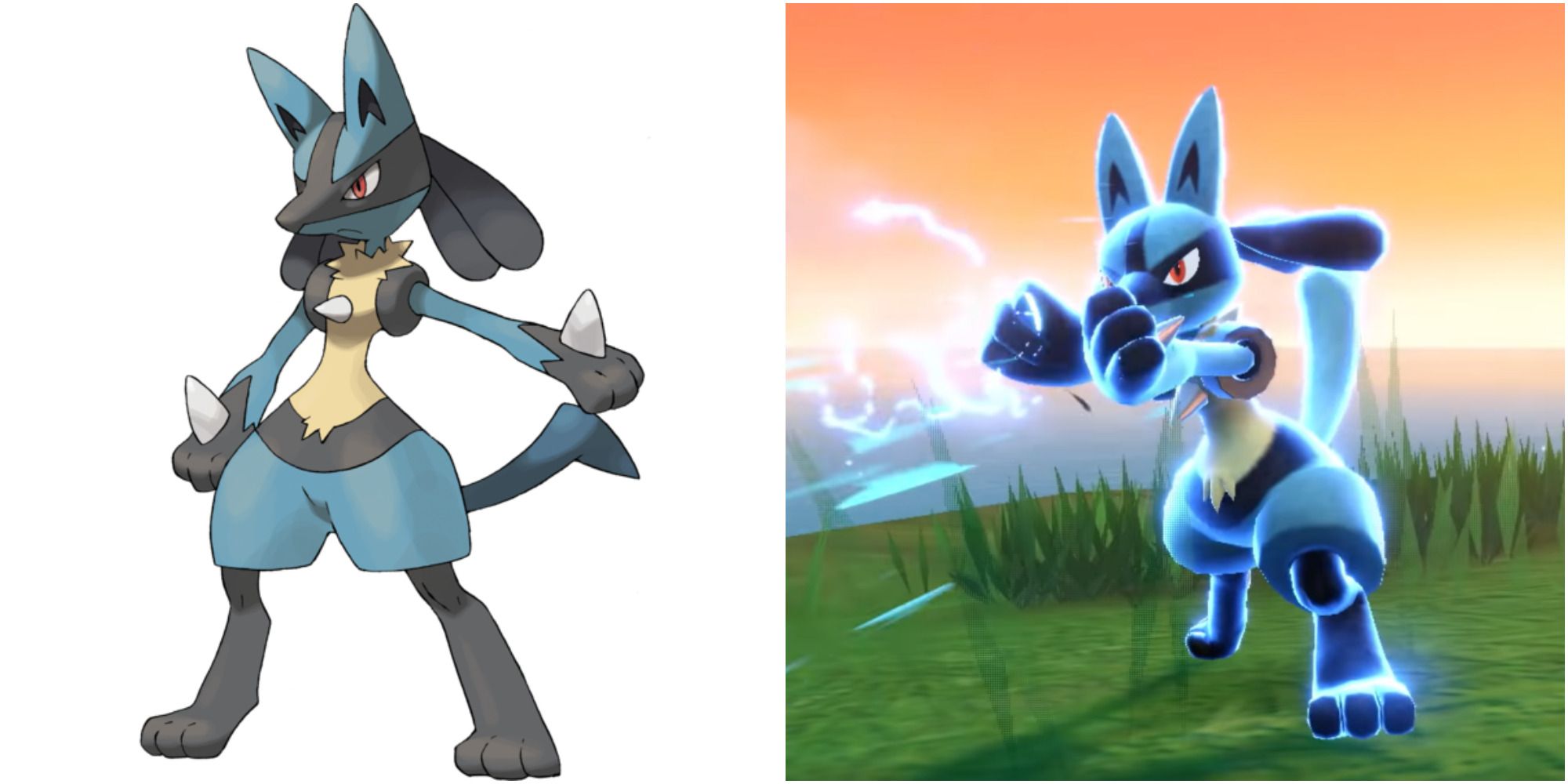 The Aura Pokemon Lucario is probably the most well-known Pokemon from the fourth generation due to its appearance in the eighth Pokemon movie Lucario And The Mystery Of Mew and its appearance as a playable character in the Super Smash Bros series.

This dual Steel and Fighting-type Pokemon evolves from Riolu during the day once it has reached a high enough friendship level. Lucario also had a mega evolved form introduced in Pokemon X and Y. In the Pokemon journeys anime series; Ash obtains a Lucario after his Riolu evolves. In the Scarlet and Violet trailer, Lucario is seen battling.