Home » News » Elden Ring: How To Get The White Mask

Elden Ring: How To Get The White Mask

We all remember how traumatizing the beginning of Elden Ring was… No, not the Chapel of Anticipation, with its deadly Grafted Scion that has claimed more noob lives than we can count, but being called maidenless by the quirky NPC, White-Faced Varre. One other thing that we might all remember, that is not as negative, is his handsome mask, which can be obtained with a little bit of work!

Before we get into the nitty-gritty details of how to get this the White Mask, along with its special, War Surgeon Armor Set, it should be noted that this cannot be done if you’ve defeated Mohg, Lord of Blood, beforehand. If you’re the unfortunate soul that has defeated him already, remember to come back here once you’ve started your New Game+.

Where To Find The White Mask 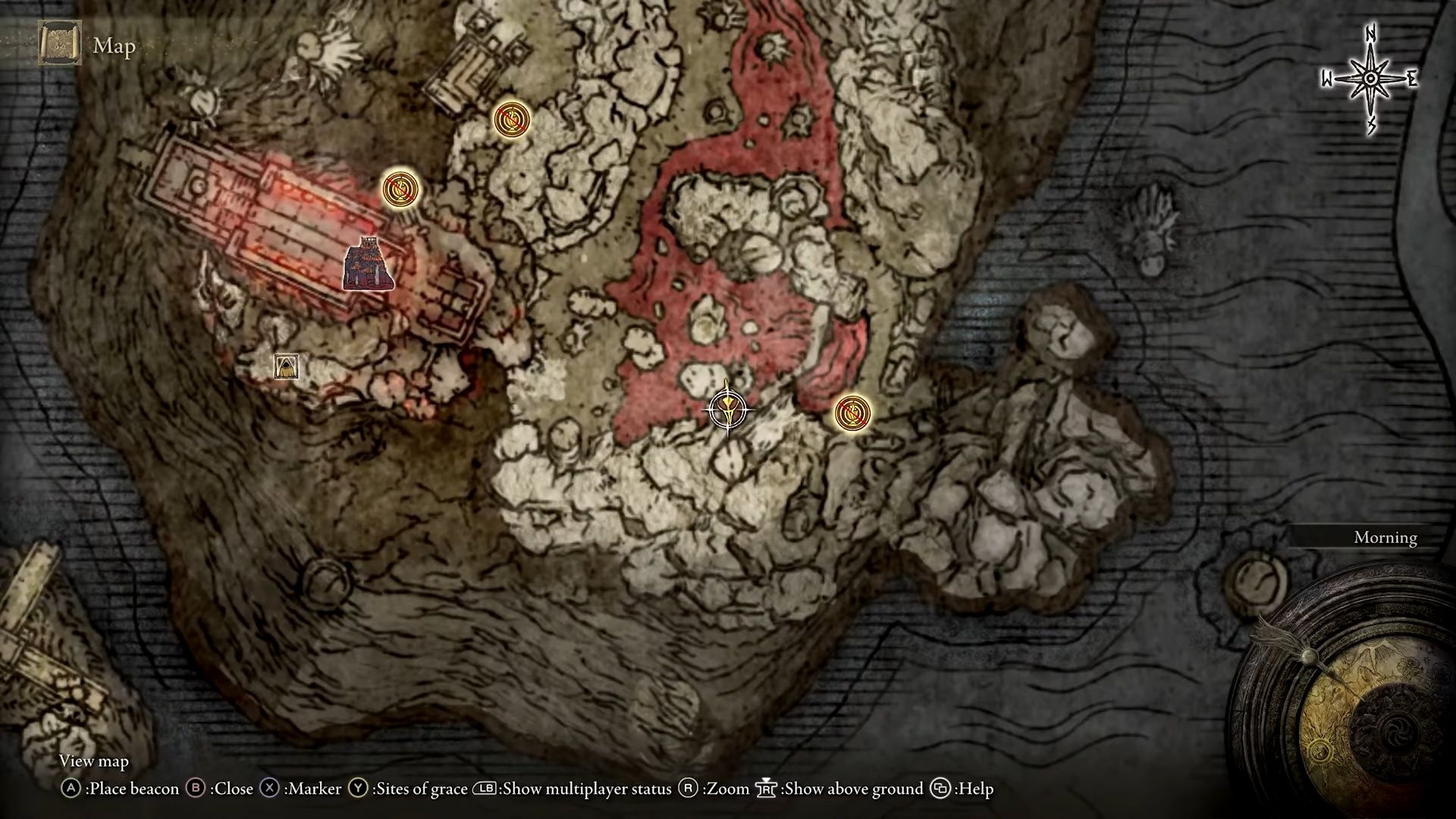 The fastest Site of Grace that you should fast travel to, if you’ve discovered it, is the Palace Approach Ledge-Road one. Once you’re there, ride down to the West, where you can see the Giant Crow, and pass it by or defeat it to advance.

If you haven’t made it to that Site of Grace, fast travel to the Dynasty Mausoleum Entrance one and travel by following the wall to the right. You can easily avoid your enemies by doing this.

Once you’re through, get to the location shown in the picture below, where a Nameless White Mask is going to spawn and invade you.

Make sure you’re at the exact location shown above, since there are three Nameless White Masks that can invade you, and the other two don’t drop any items.

How To Defeat The Nameless White Mask 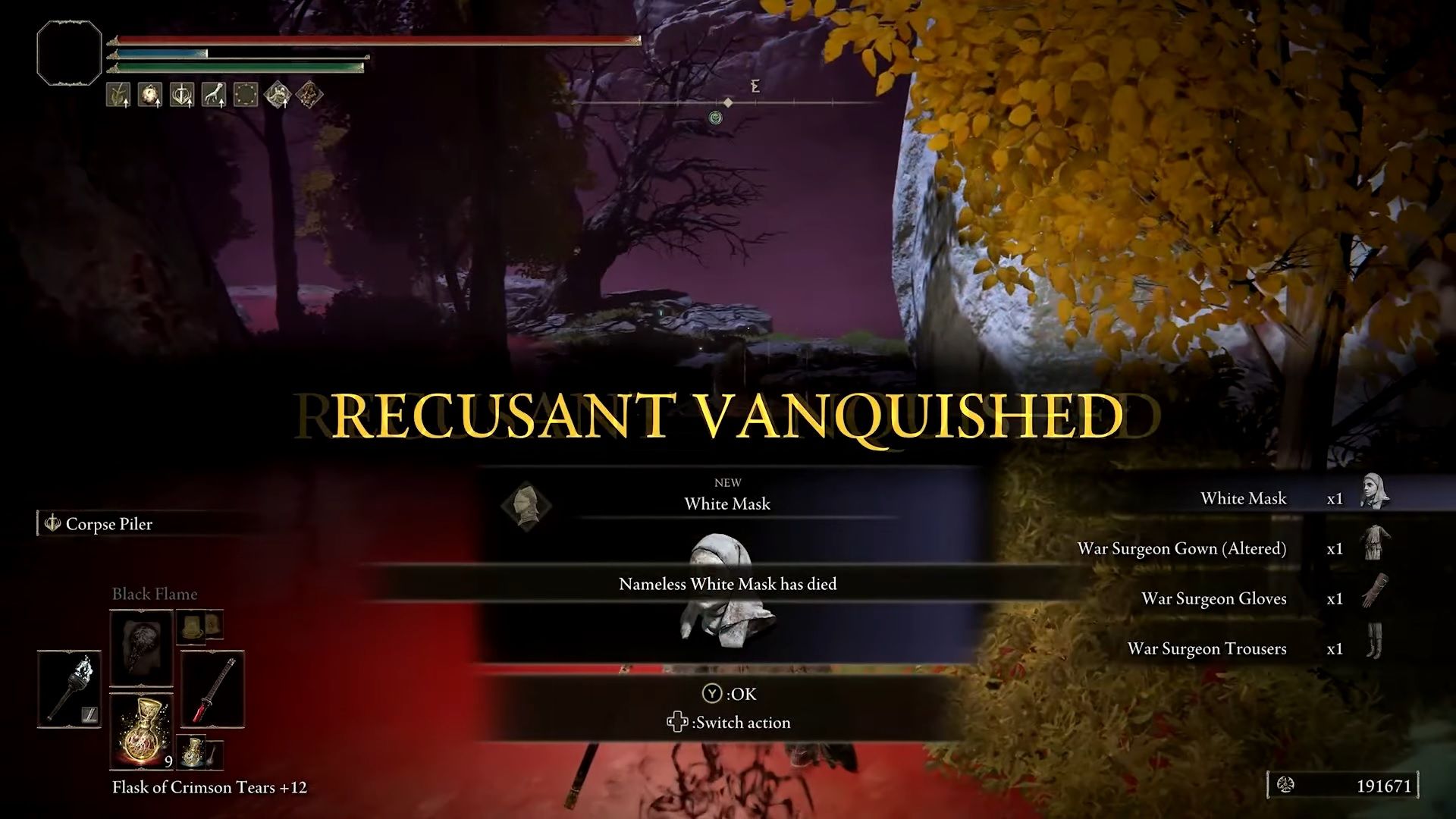 The Nameless White Mask is a pretty powerful opponent if you are underleveled. For this region in general, a minimum level of 90 is recommended for you to be able to defeat enemies without slamming your head into your desk due to rage-inducing health bars.

His attacks induce heavy Bleed, so try to keep your distance and make sure to constantly dodge his attacks. Another important fact is that his health is around the 4000 mark, so if you think that’s easy, go right ahead and end him.

Once he is defeated, he will drop the White Mask helmet, which you’ve been looking for, and the War Surgeon Armor Set. If you’re going for a light-weight build, these will be really useful.

If you’re wondering if all this is worth it, know that this amazing helmet will give you a ten percent buff to attack power after inflicting Bleed on an enemy. This is extremely powerful for a Bleed build that inflicts it after two to three hits, so, if that is what you’re looking for, this helmet will probably become one of your favorites!