Home » News » Elden Ring: How To Get The Moonveil Katana

Elden Ring: How To Get The Moonveil Katana

FromSoftware's recent hit RPG, Elden Ring, allows for a plethora of different builds, play styles, and approaches to its challenging world and bosses. From an armor-clad knight, to a magic-wielding sorcerer you can build your lowly tarnished into anything you want them to be.

Some weapons, however, have already gained somewhat of a cult following among the Elden Ring player base, due to their unique designs and powerful weapon arts. One such weapon is the Moonveil Katana, a magic blade you can get early in the game if you are willing to take on a challenging dungeon and boss.

How To Find The Moonveil Katana 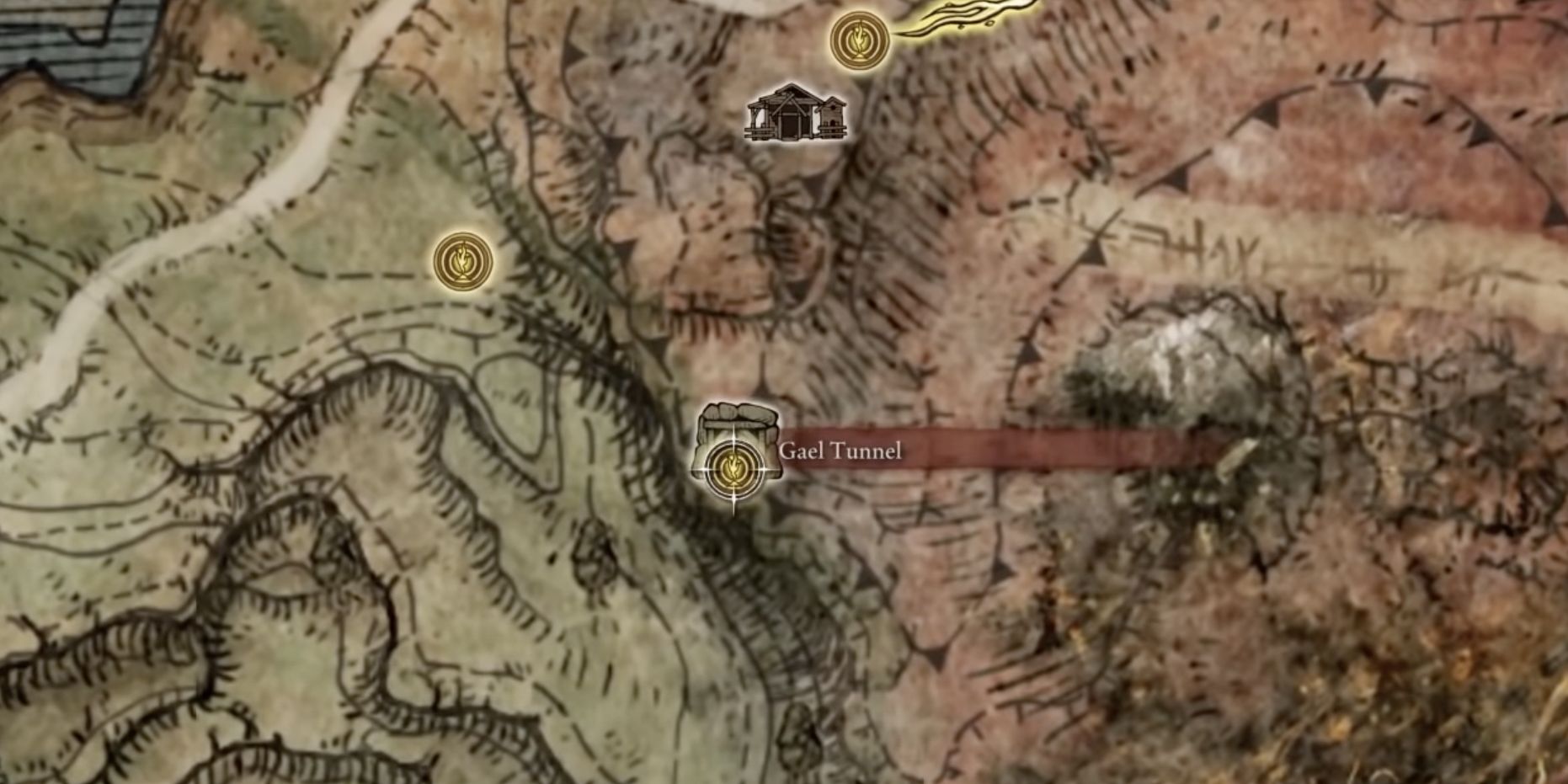 This powerful magic katana can be located in one of the game’s many dungeons. Specifically, in order to find the Moonveil Katana, you will need to head to the Gael Tunnel, located on the edge of Limgrave and Caelid, as pictured above.

Once you have arrived at the Gael Tunnel, you can choose to take out all the enemies that this dungeon has to offer, but be mindful that this is a mid-game area. So, if you are just starting your journey in the Lands Between, you may be better served avoiding the enemies here. There is a site of grace early on in the tunnel, so claim that in order to set it as your respawn point.

Once you have claimed the site of grace, travel through the tunnel, either fighting the enemies or dodging past them until you come to the boss door, as marked by a yellow fog gate. Do not enter the boss room yet. Open the door to its left to find another site of grace and the cave's exit. Once you have rested at the site of grace, you are ready to take on this dungeon’s boss and get the Moonveil Katana. 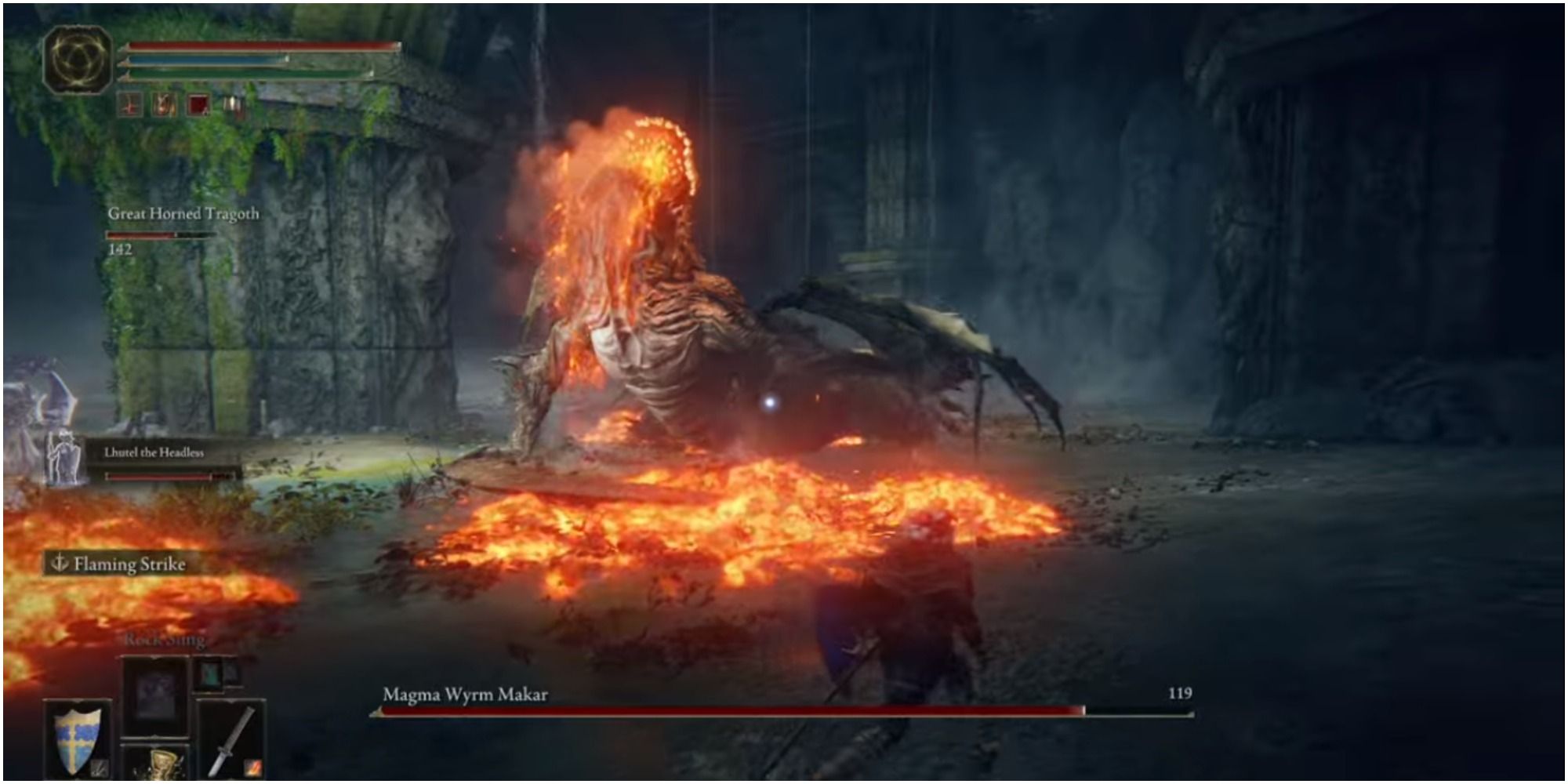 While this boss is not unique – it appears at a number of locations throughout Elden Ring – the Magma Wyrm in Gael Tunnel can pose a serious challenge at lower levels. This is in part due to its fire-laced attacks that deal heavy damage. However, it is mostly due to the cramped boss arena you will be fighting in.

Once you have beaten the Magma Wyrm you get the Moonveil Katana (as well as a Dragon Heart) as a reward. 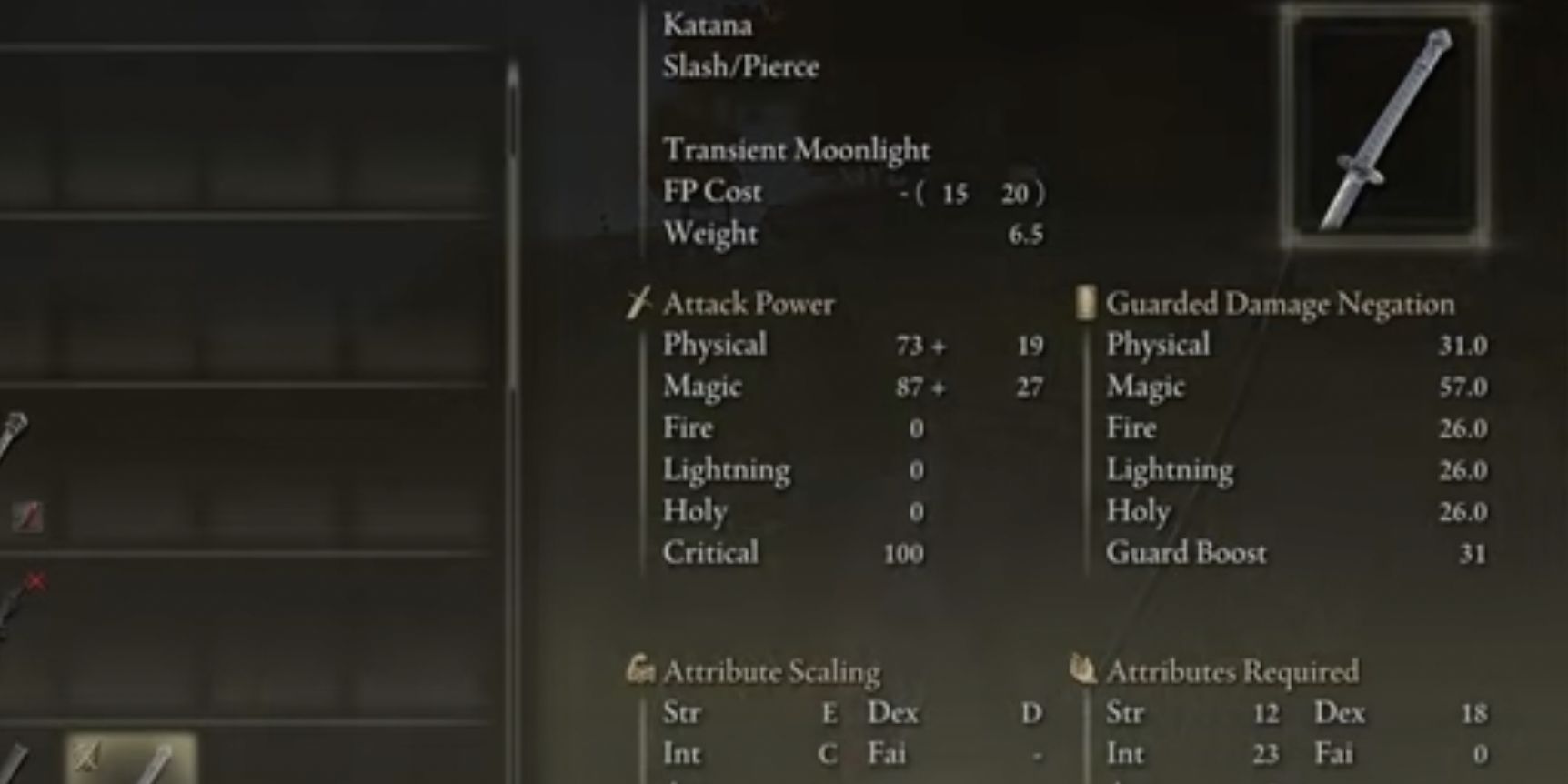 To use the Moonveil, you will need 12 strength, 18 dexterity, and 23 intelligence. Most weapons in Elden Ring have one key advantage that allows them to be strong but also quite balanced. The Moonveil, however, has a number of advantages that make it one of the most powerful weapons you can find.