Elden Ring: How To Complete Ranni The Witch’s Questline

Elden Ring is a huge game, filled with locations to find, bosses to overcome, and mysteries to uncover. FromSoftware's massive action RPG features a cast of characters that you can meet, talk to, and help in their own journeys. However, unlike many modern RGPs, Elden Ring has no quest log to help you keep track of the characters you have met and your next task in helping them.

One of these characters is Ranni the Witch, a mysterious NPC that you can meet early in the game and who plays an integral role in the future of the Lands Between. While her quest can often be hard to follow, the rewards are completely worth it, altering the story and allowing you to get your hands on the Dark Moon Greatsword, this game's version of the famed Moonlight Greatsword. 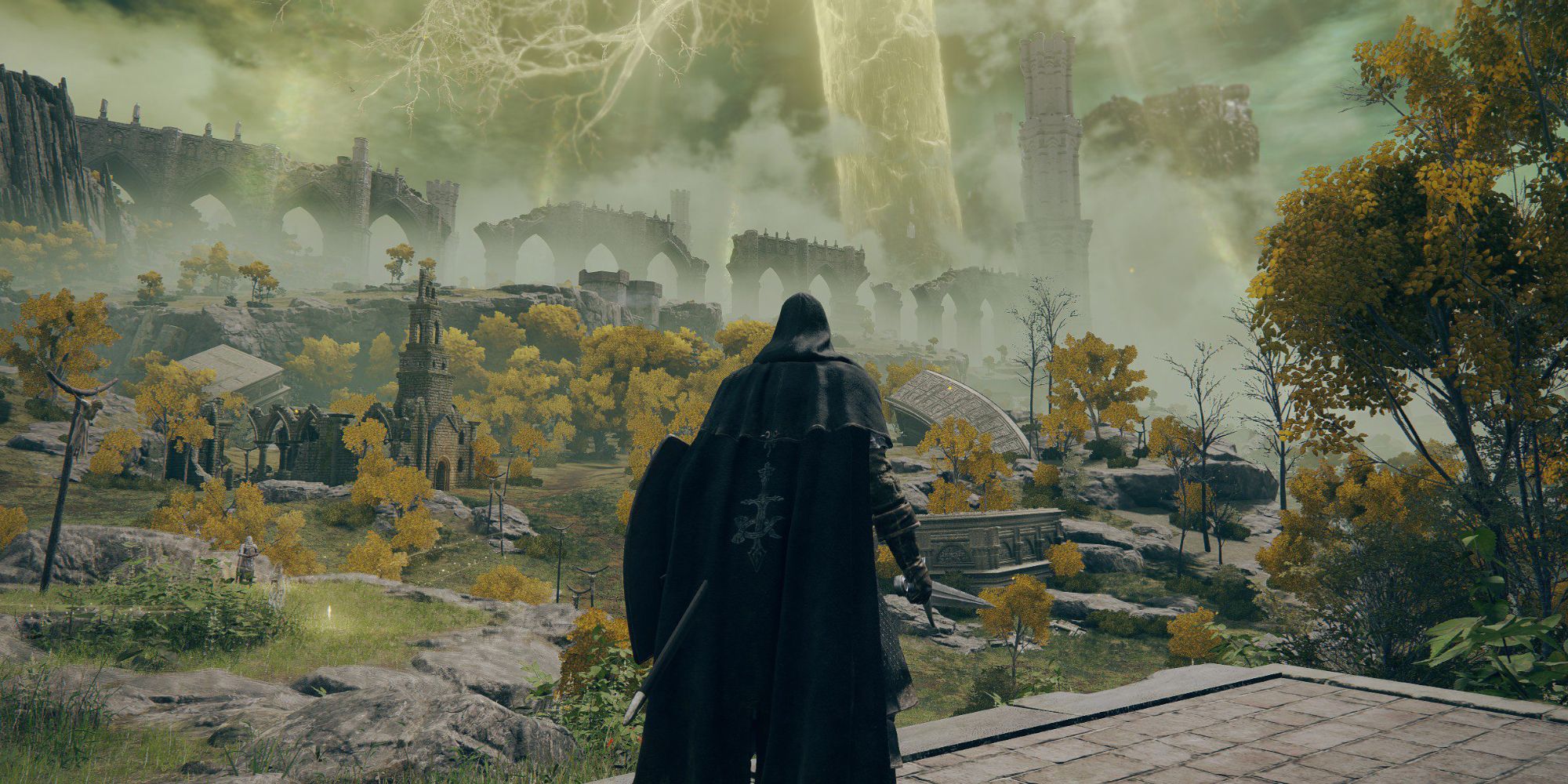 While not integral to completing Ranni's entire storyline, she can be interacted with at the Church Elleh location in Elden Ring's starting area of Limgrave. To meet her here, wait till nightfall, after being gifted your mount by Melina, and travel to the Church of Elleh Grace.

From here, you should see Ranni; she will introduce herself as Renna, sitting upon a wall. She will give you the Spirit Calling Bell, which will allow you to call upon summons during certain combat encounters. Following this, Ranni will depart.

Your First Visit To Ranni's Rise 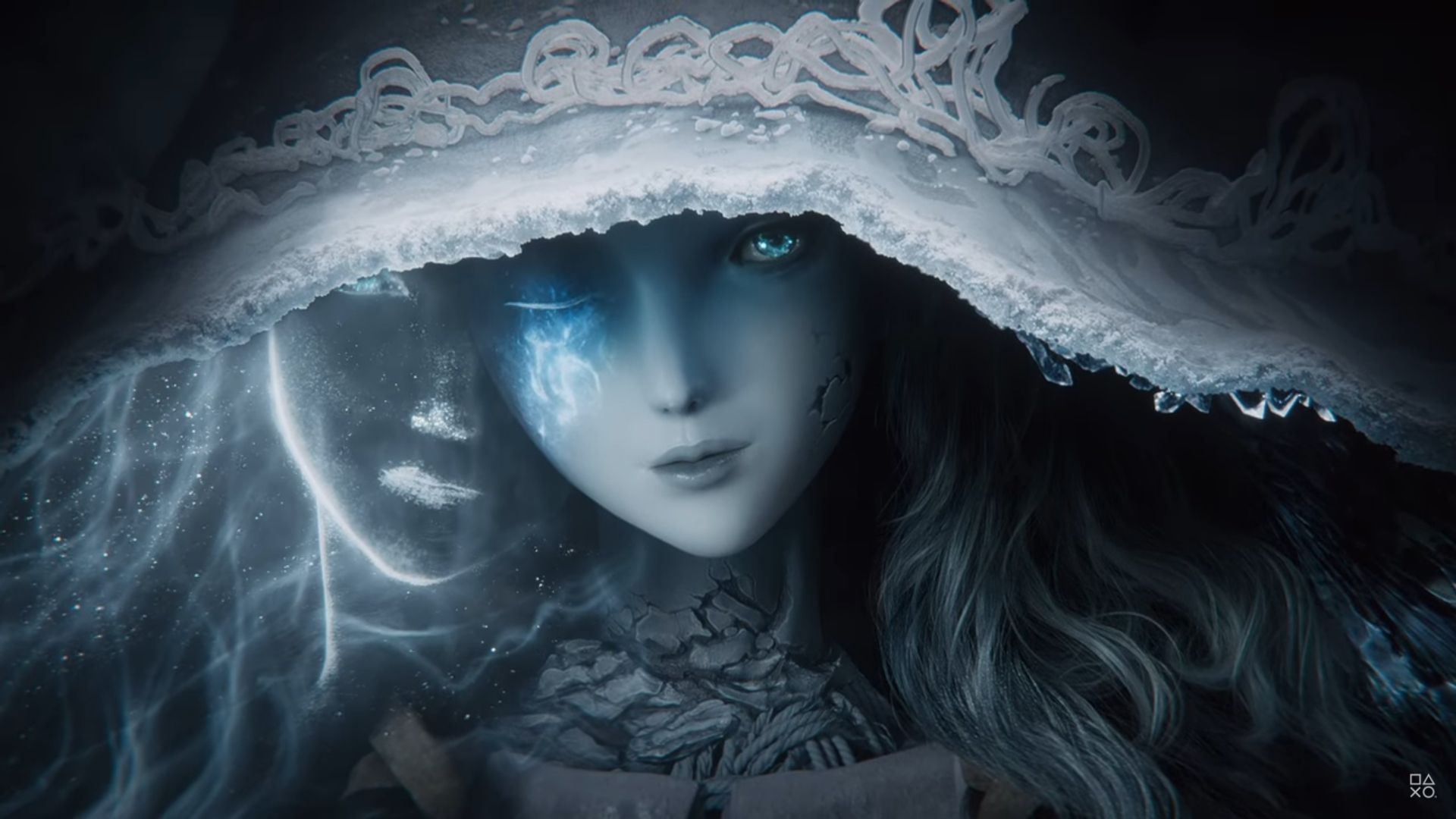 To begin Ranni's questline in earnest, you must meet her at Ranni's Rise, a tower in the upper left corner of the Liurnia of the Lakes region. To reach Ranni's Rise, you must first have completed the legacy dungeon named Caria Manor. This area is relatively linear but features some challenging hand-like enemies that can cause you a great deal of harm if you aren't good at dealing with them.

Once you have cleared Caria Manor by defeating the manor's guardian named Royal Knight Loretta, you will be able to enter the area known as Ranni's Rise. Here you will be greeted with three towers. Approach the one in the center, be careful to avoid (or defeat) the dragon guarding the tower and the wolves in the building's entrance. Once inside the building, climb to the top floor via the elevator and speak with Ranni.

While speaking with the witch, she will explain her past and motivations. If you wish to continue her questline, you must choose the "Serve Ranni the Witch" dialogue option. From here, Ranni will explain that she is searching for the hidden treasure of Nokron, The Eternal City.

Ranni will request that you head to the tower's bottom floor and speak with her followers, Blaidd, the half-wolf man, Iji the giant, and Seluvis. To progress the story, exhaust these characters' dialogue options and return to Ranni atop the tower. She will then inform you that she is about to enter a deep sleep and will be unable to help you in your search for Nokron further. 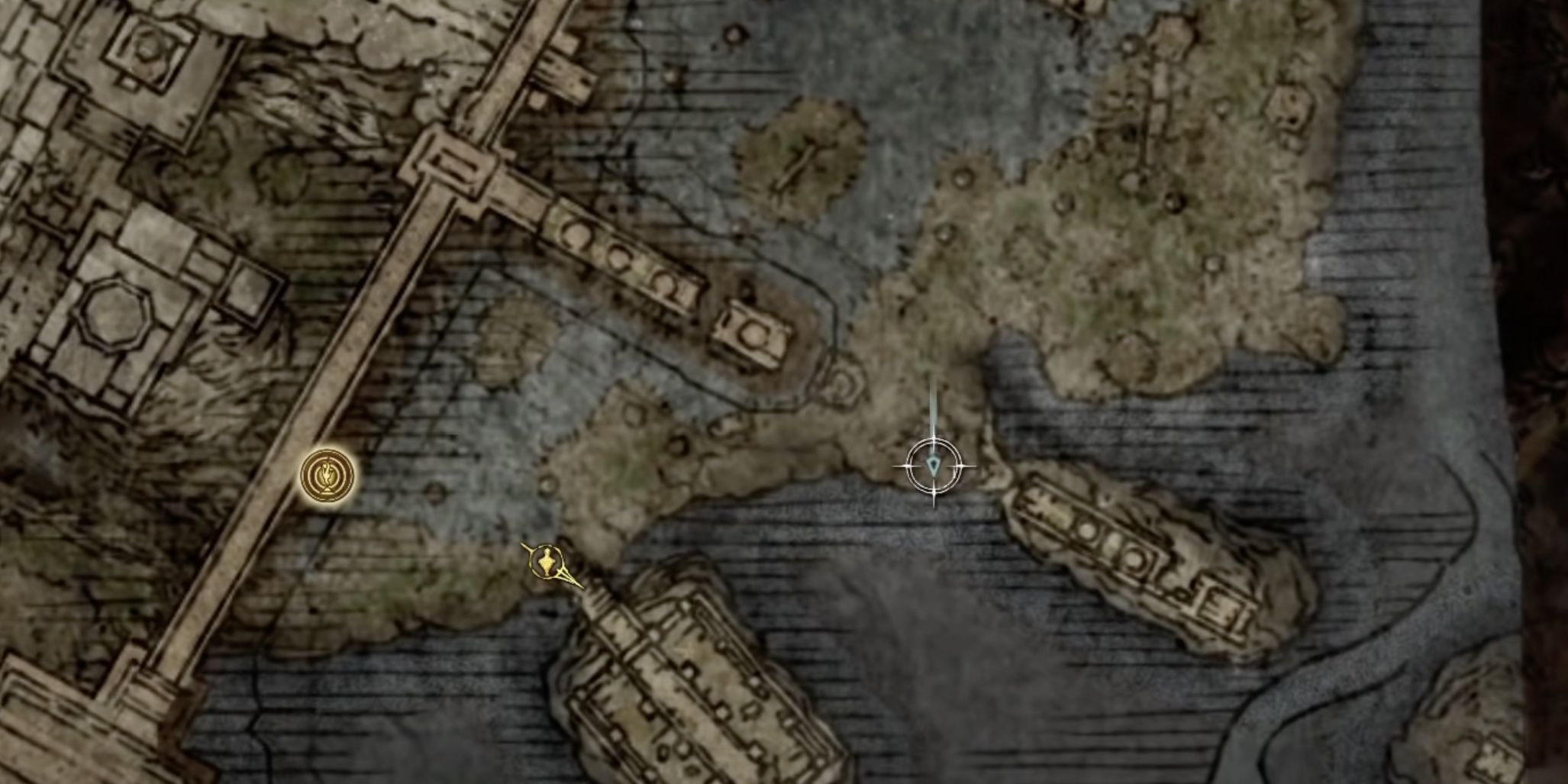 To begin your search for Nokron, The Eternal City, you must speak with each of Ranni's followers, learning clues for the city's whereabouts from all three of them. First, head to Seluvis's Rise, the tower to the left of Ranni's Rise. He will task you with finding a woman named Nepheli. You can accept or decline his request – it is not crucial to Ranni's story. Following your conversation with Seluvis, travel to the Road To The Manor Grace, just south of Caria Manor, to speak with Iji. Choose the About Nokron option to learn more about your goal.

Now, you must travel to the Siofra River, an underground location entered by finding an elevator in the Mistwood area of Limgrave. Travel through Siofra to find Blaidd in the location pictured above, and speak with the wolfman regarding Nokron. He will reveal that while Nokron is visible, suspended in the sky above Siofra, he knows not of how to get there. He will send you back to Seluvis to find out what he knows.

Return to Seluvis's Rise and select Ask About Nokron. He will inform you that a sorceress named Sellen knows information about the city. He will give you a letter of introduction and send you on your way. Sellen, who you may have already met as she appears in the game's starting area, can be found in Limgrave's Waypoint Ruins.

Speak with Sellen, giving her your letter of introduction in the process. She will inform you that Ranni's fate is directly linked with that of the stars. However, the star's movement was halted by General Radahn, one of the game's main bosses. Thus, to find Nokron, he must be defeated.

Before taking on Radahn, return to Blaidd to inform him of the news. He will eagerly offer his aid. Now travel to Redmane Castle in the east-most area of Elden Ring's map and defeat Starscourge Radahn to claim a Great Rune and continue Ranni's questline. Once Radahn is defeated, a cutscene will play, showing a star falling from the sky and crashing into Limgrave.

If all has gone to plan, Blaidd will be standing in the boss arena – speak with him and agree to meet at the site of the fallen star. 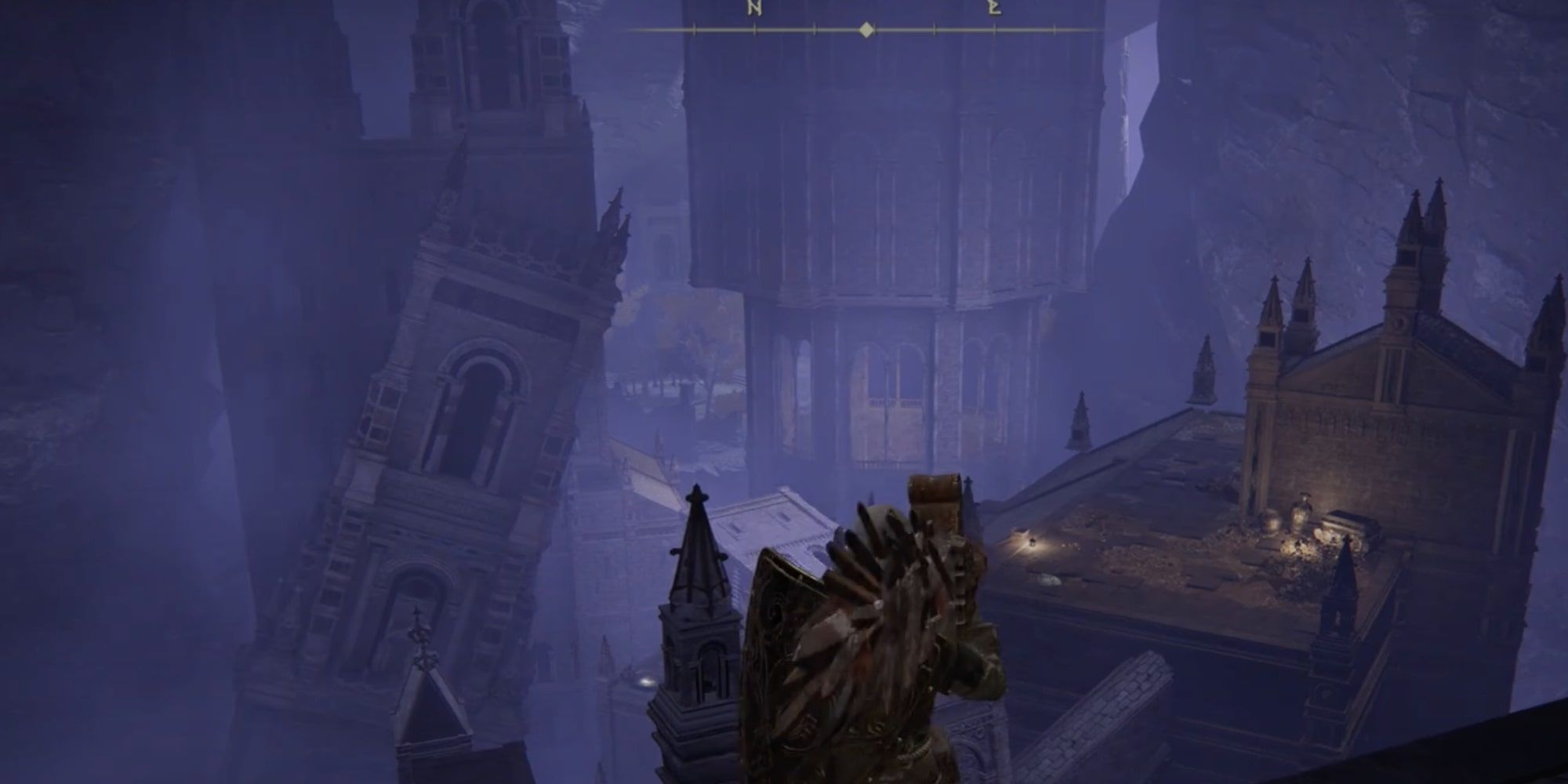 Travel to the site of the fallen star, which can be located in the Mistwood area of Limgrave. Enter the crater, traveling deeper until you reach the city. The path here is straightforward but requires careful platforming, jumping between the buildings while avoiding the attacks of the sludge-like creatures surrounding you. Keep moving forward until you reach the city's first Site of Grace, located after a quick fall into the city's ruins.

From the Site of Grace, travel forward into the courtyard ahead through the gate at the far side of the area. Cross the bridge and traverse the yellow mist. Here, you will have to defeat one of the game's most interesting bosses, the Mimic Tear, who will create a carbon copy of your character, healing flask and all. Once victorious, leave the boss arena and travel along the bridge ahead of you.

Before the end of the bridge, turn left and into the forest area ahead. Stick to the left-hand side of this forest, avoiding the enemies as they can swarm you very quickly, and find the Grace located on the edge of a cliff. From this Grace, leap down onto the roof of the building ahead, and continue to traverse the roofs until you can reach the first floor of this area. Be careful. This location will be filled with mimic enemies and other powerful foes. Fighting each one will take a great deal of time, so try to avoid them.

A towering doorway will be at the end of this area leading to a room with a chest. Open this chest to find what Ranni was searching for, the Fingerslayer Blade.

Your Second Visit To Ranni's Rise 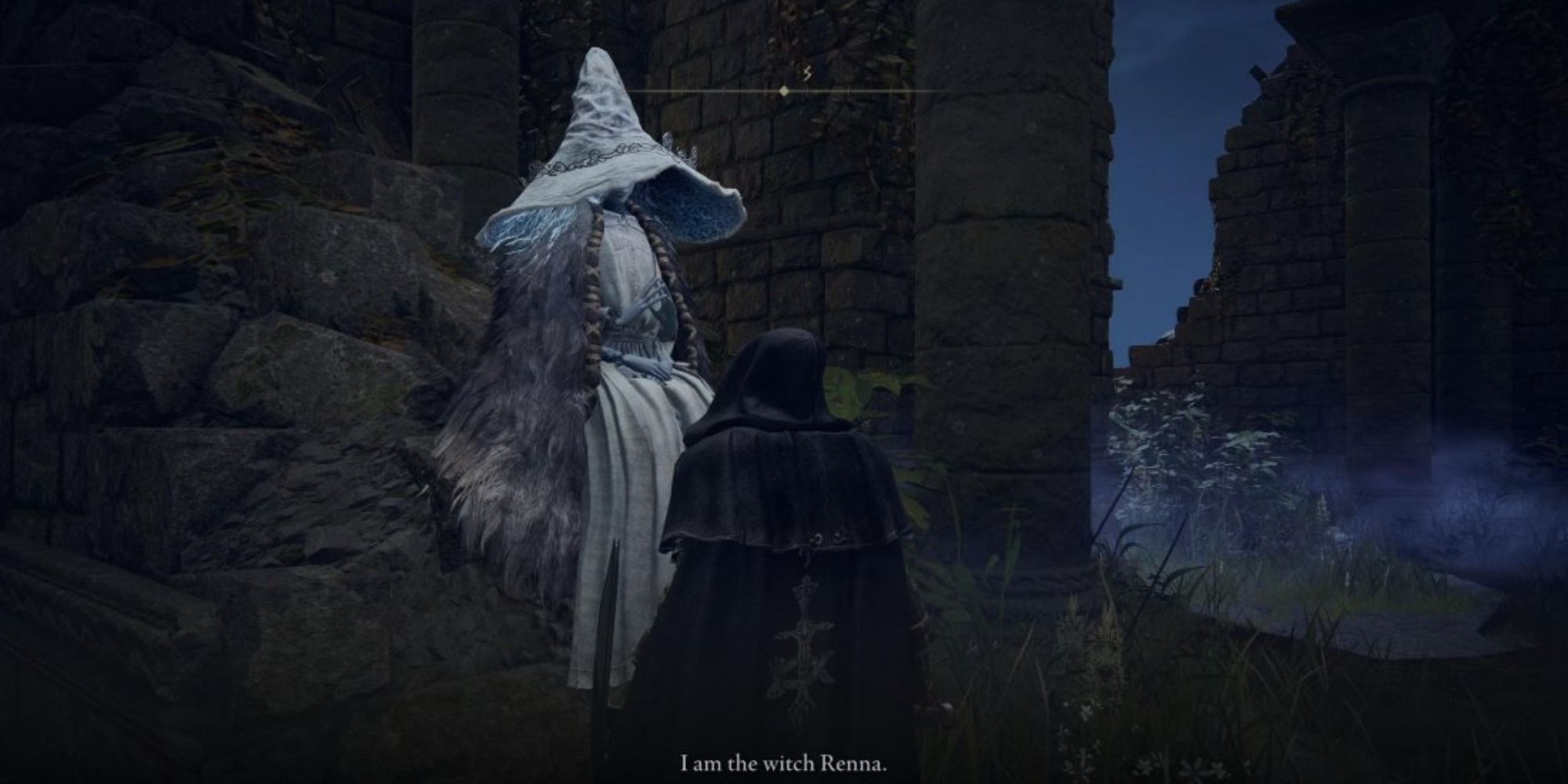 Next, head back to Ranni's Rise and present the witch with her treasure. She will thank you, but make sure you talk to her twice. In the second interaction, Ranni will give you the Carian Inverted Statue, a key item in the next phase of this quest.

Carian Study Hall And The Cursemark Of Death 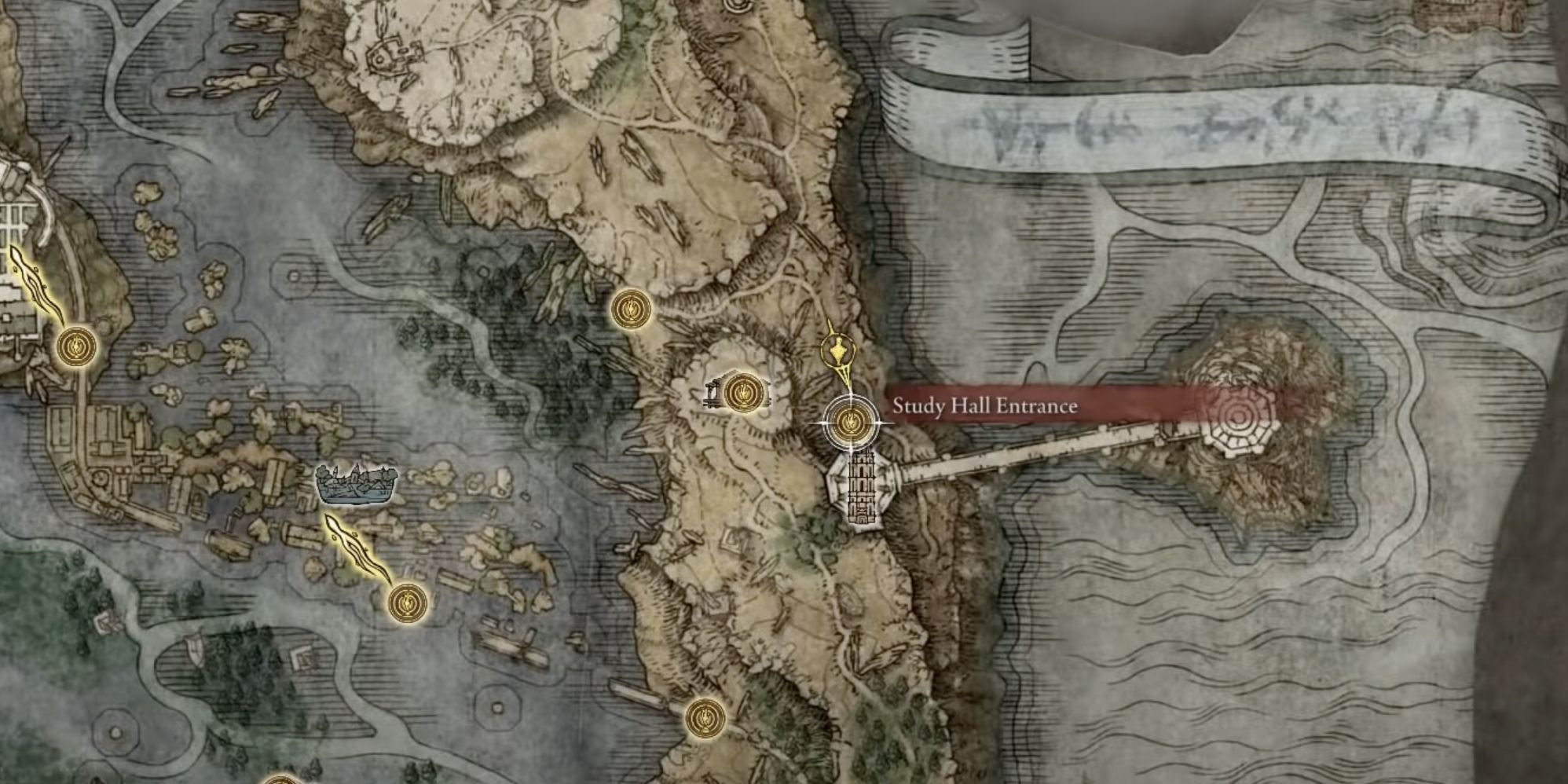 Travel to the Carian Study Hall found in the location pictured above. Upon entering the study hall, place the Inverted Statue in its place by choosing the Examine Pedestal option under the globe at the center of the room.

A cutscene will play, and you gain access to the Divine Tower of Liurnia. Journey to the top of the tower to claim the next key item in Ranni's questline, The Cursemark of Death.

Your Third Visit To Ranni's Rise 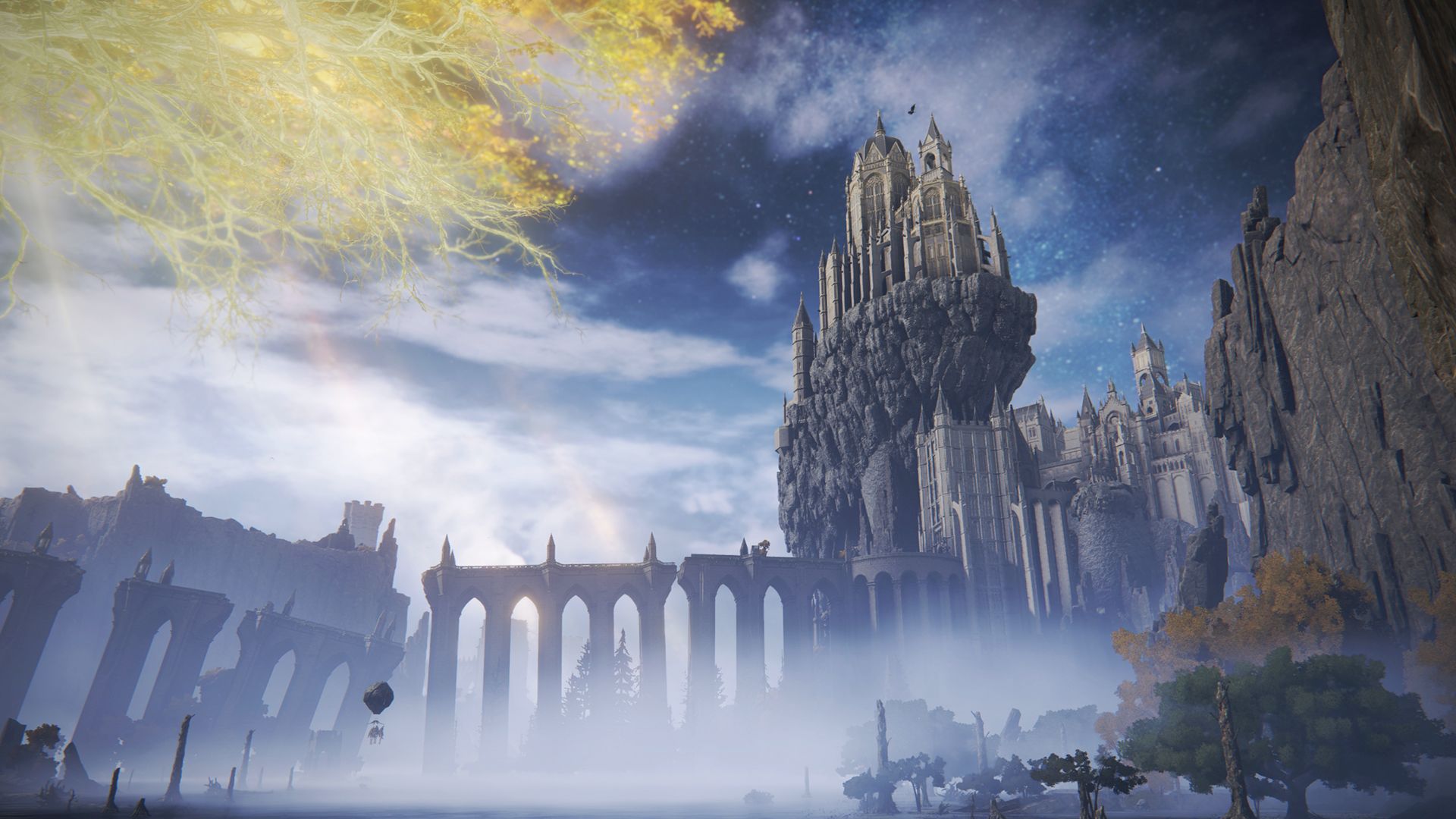 You are now approaching the final stretch of Ranni's questline. Travel back to Ranni's Rise and this time head to the right-most tower in the area. Renna's Rise, previously locked to you, will now be open. Climb the ladder and enter the portal at the top of the tower. 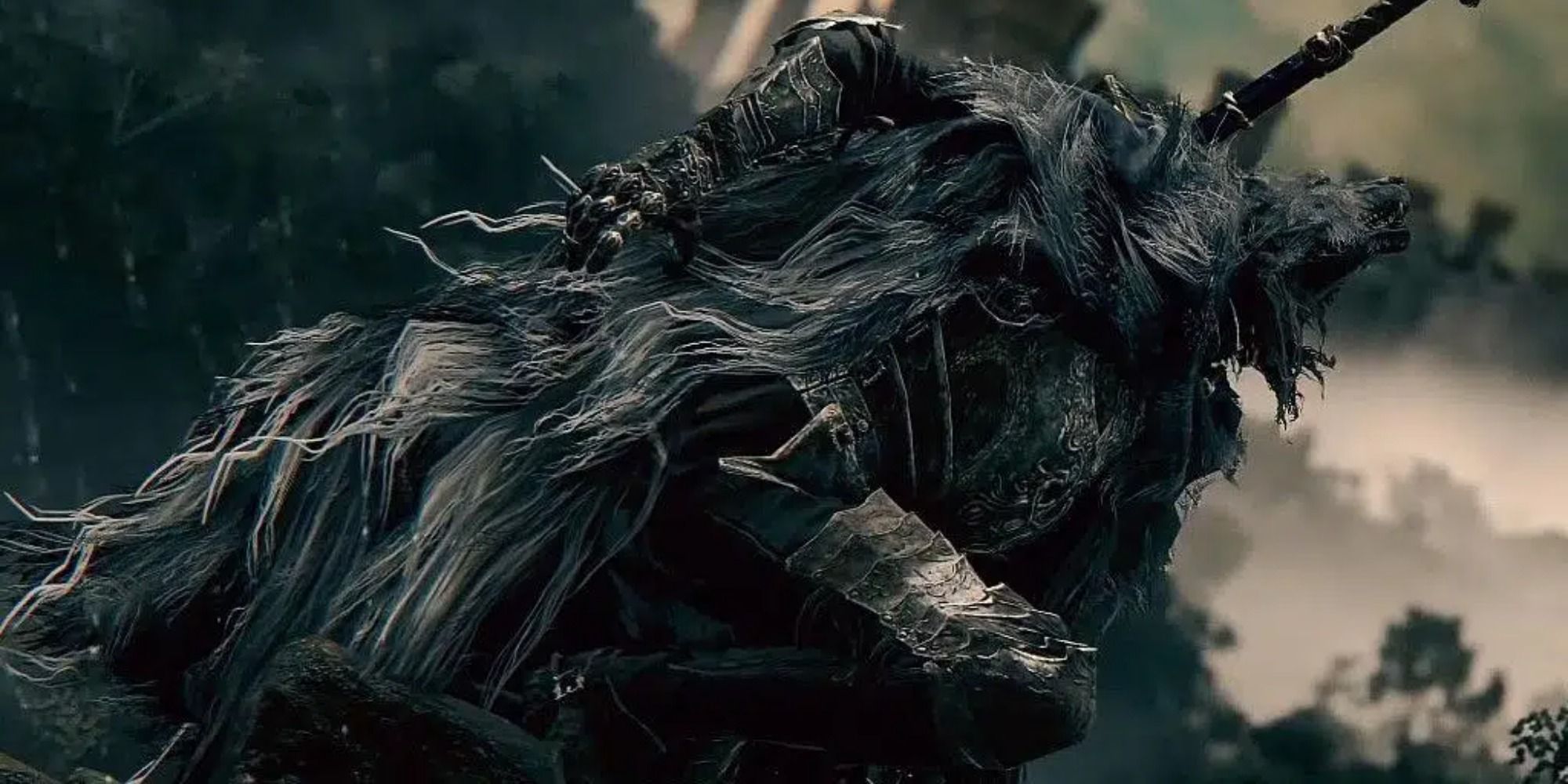 You will now be transported to the Ainsel River Main, another of the game's underground areas. The Miniature Ranni will be in a stone coffin directly in front of you. You must pick this item up.

Now, touch the Grace located to the right of the item, rest there, and choose to Talk To Miniature Ranni. She will not be pleased that you spoke to her in this form and will request that you defeat the enemies in this area.

To do so, you will need to defeat the Blaidd Shadow in the Eternal City Nokstella. This area is one of the largest in the game and is best explored at your own pace and at a high level. Explore this area and reach its end, located through a cave past a group of giant ant enemies, and defeat this shade of Blaidd. He is extremely tough, so make sure you are prepared for a tough fight.

Upon defeating this evil reflection of Blaidd, you will hear Ranni's voice, asking you to tell her followers and friends that she loves them. However, this is not the end of the quest. From defeating Blaidd, you will receive the Discarded Palace Key.

Traveling The Lake Of Rot And Defeating Astel, Naturalborn of The Void 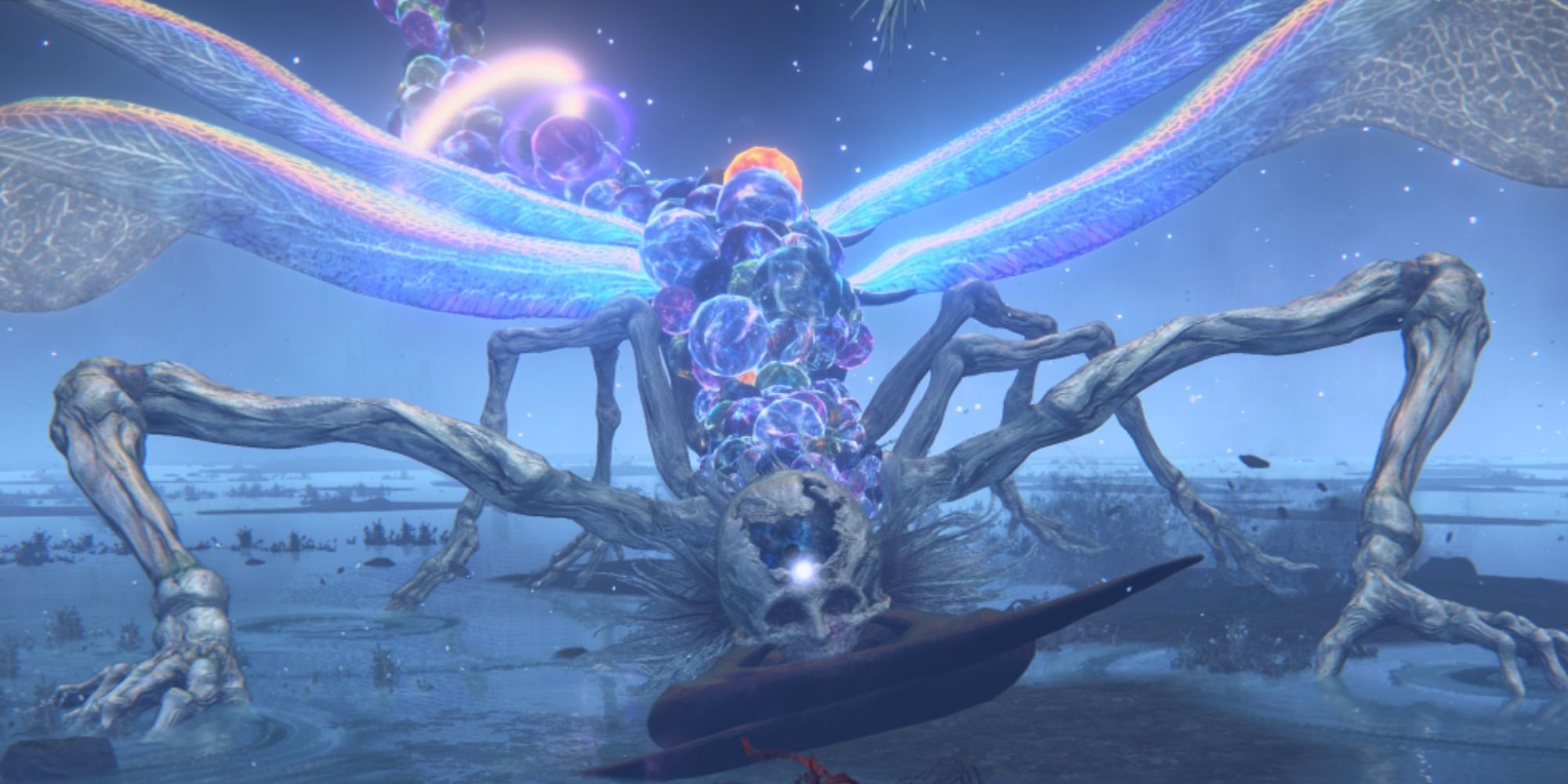 From where you defeated the Blaidd Shadow, travel down the elevator and into the Lake of Rot. For this area, you will need to cross a lake that rapidly causes Scarlett Rot, so make sure you stack up on Preserving Boluses.

There are several platforms throughout the lake that, when stood upon, will raise safe passage from under the rot and allow you to cross without dying.

Once the lake has been crossed, you will need to defeat Astel, Naturalborn of The Void, another of the game's main bosses.

The Final Stretch And The Dark Moon Greatsword 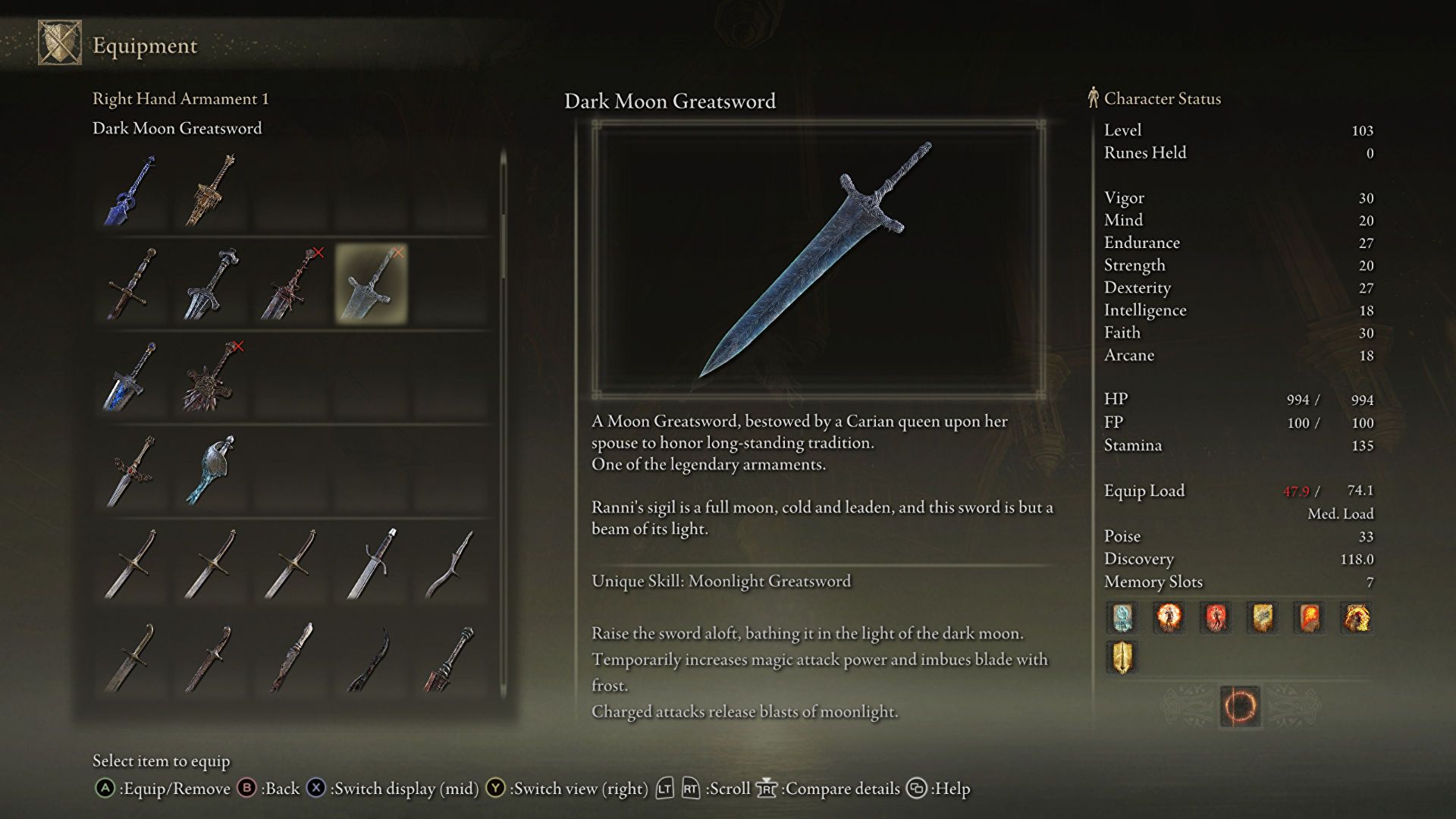 After defeating Astel, the door before you will be locked. This is where the conclusion of Ranni's questline will take place. To unlock the room ahead, you must travel to the Academy of Raya Lucaria Grand Library and open the chest in that room, using the Discarded Palace Key you gained from Blaidd's Shadow. This chest contains the Dark Moon Ring, the final piece in Ranni's questline.

Now, return to Astel's boss room and unlock the door to find the Moonlight Alter. Travel to the church atop the hill in this area, there is another dragon here, but you need not fight it. Touch the Site of Grace in the church and jump down the hole to the right to find Ranni the Witch. Place the ring on her finger.

After a cutscene and a brief piece of dialogue, Ranni will vanish, leaving an item in her place. This item will be the Dark Moon Greatsword, Elden Ring's take on the famed Moonlight Greatsword of the Dark Souls Series.

This is undoubtedly one of the best weapons in the game, combining Strength and Intelligence to create a truly unique weapon.

This questline has far-reaching consequences in Elden Ring and will ultimately allow you to alter the ending of the game, changing the fate of the Land's Between forever.