This cave is abandoned for a reason. Though the cave is short, it is arguably one of the hardest dungeons in Elden Ring because it is filled to the brim with Scarlet Rot. To get to the Abandoned Cave, you have to head East to North-East from the Smoldering Wall Site of Grace in Caelid. There will be a large undead dog and an Abductor Virgin in the distance.

Past the Abductor Virgin will be large tree branches extending across a ravine. You're able to walk along this branch and jump off onto the other side of the ravine. This will be the entrance to the Abandoned Cave. Surviving the Scarlet Rot buildup this cave gives you is the biggest challenge. This guide will show you how to reach the boss room and how to survive the endless perils of this Caelid dungeon. 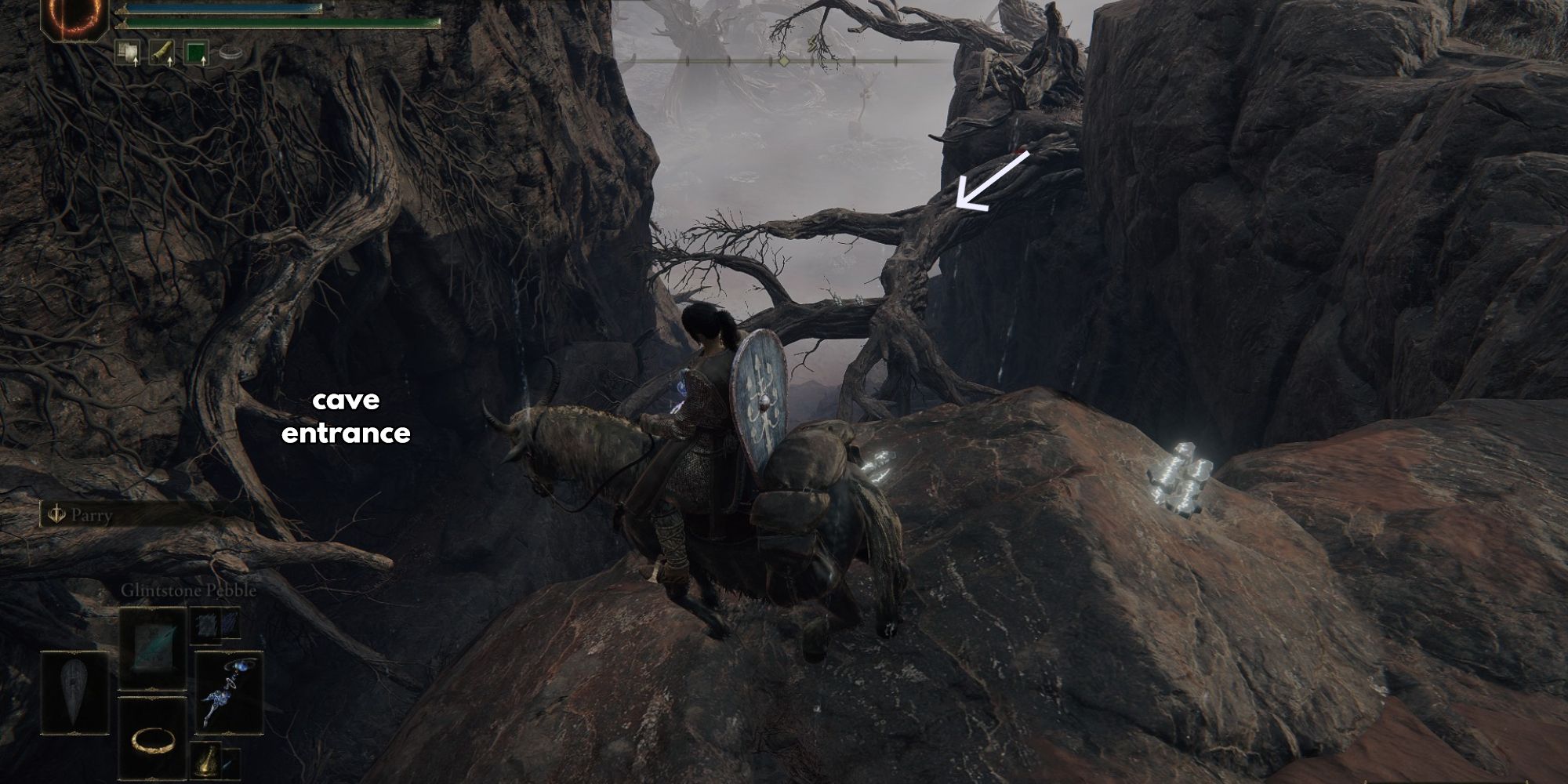 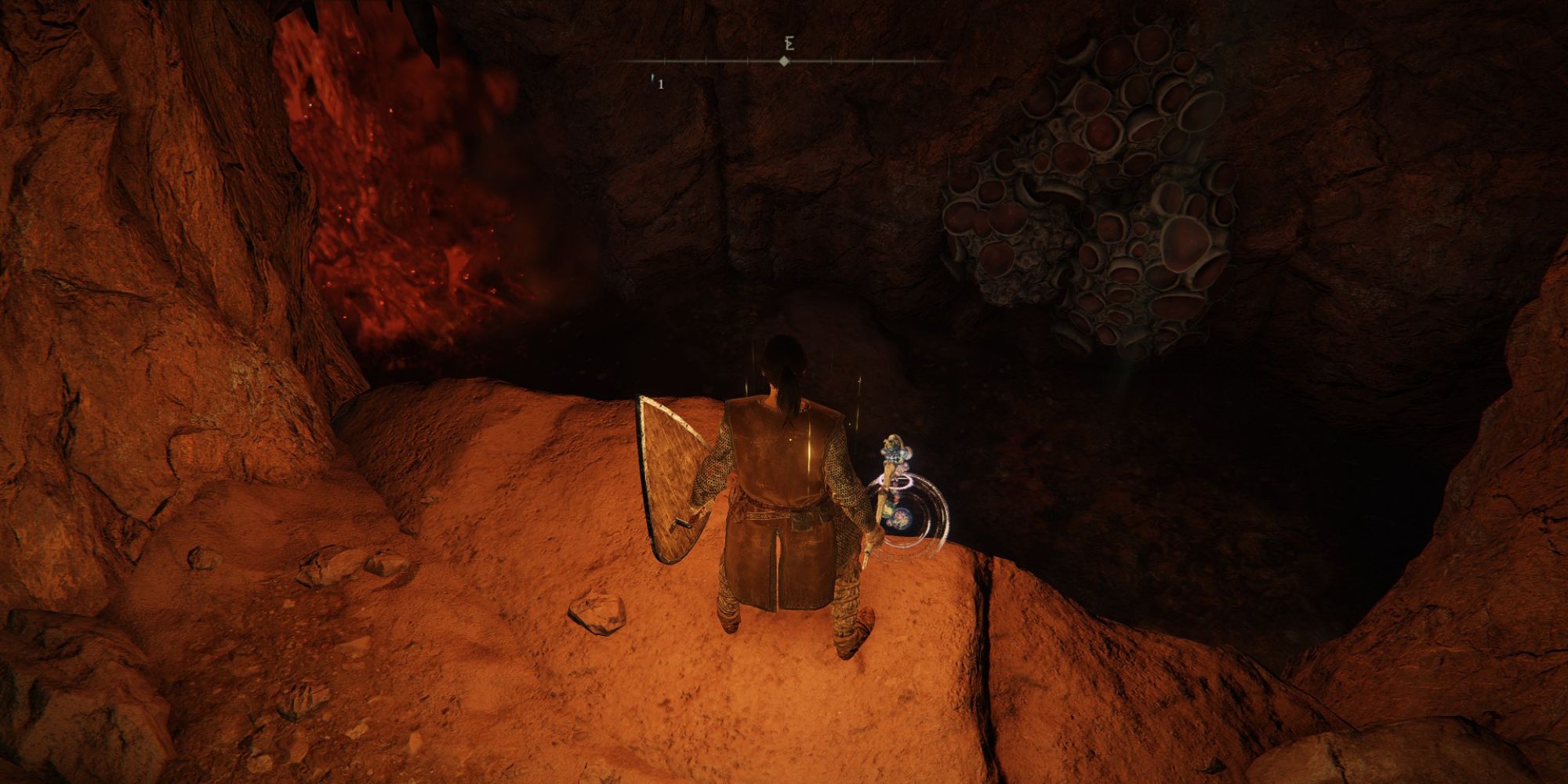 Immediately, walking through this cave seems impossible. The entire ground is drowning in Scarlet Rot river, along with exploding geysers that will insta-kill you. Before venturing further, you'll want to make sure you have all the necessary items to prevent and cure Scarlet Rot buildup.

You'll want to make it past the first geyser on your left. Hug the left wall. Once the geyser is down, spam roll forward.

The Scarlet Rot here will slow you down, making you unable to spring or dodge fast. These two Ashes of War will help you escape easier, as they allow you to speed forward. 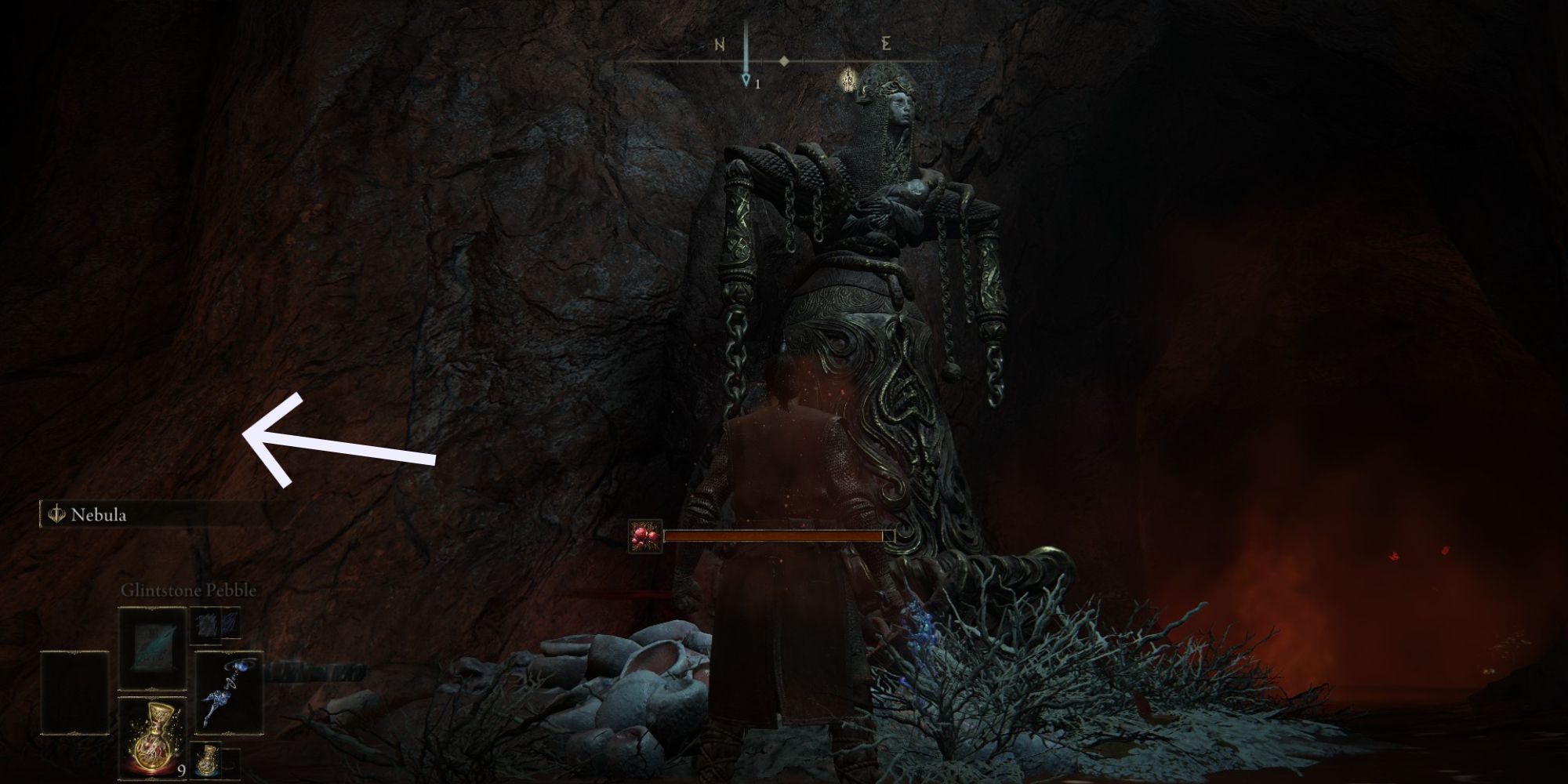 There will be a tunnel of safety with a Statue of Marika next. 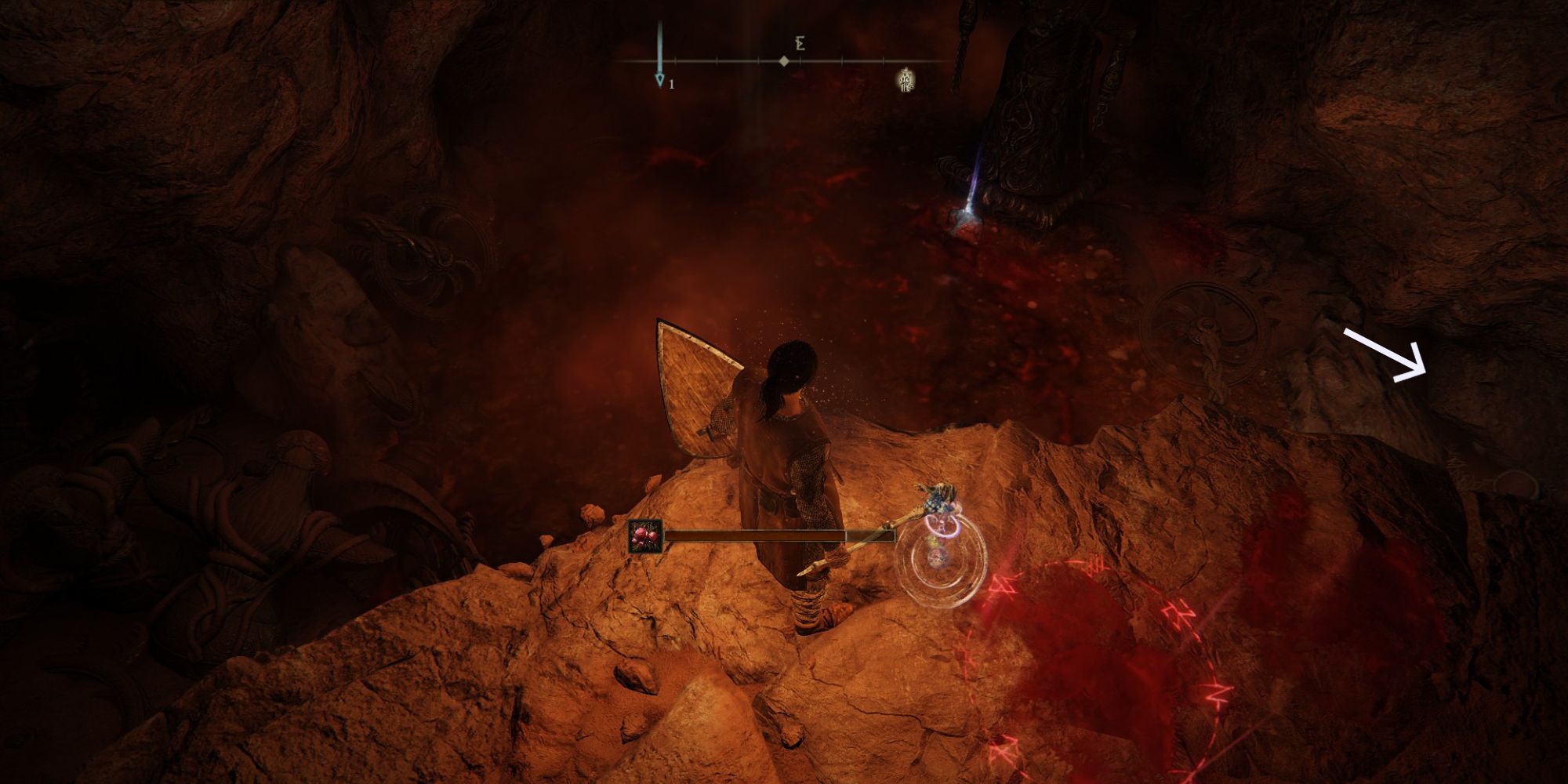 At the end of this tunnel, you will have to drop down South-West into more Scarlet Rot. Target-lock here, as there is a Servant of Rot enemy to the right.

The Serpent Bow can be found in front of another broken Abductor Virgin. 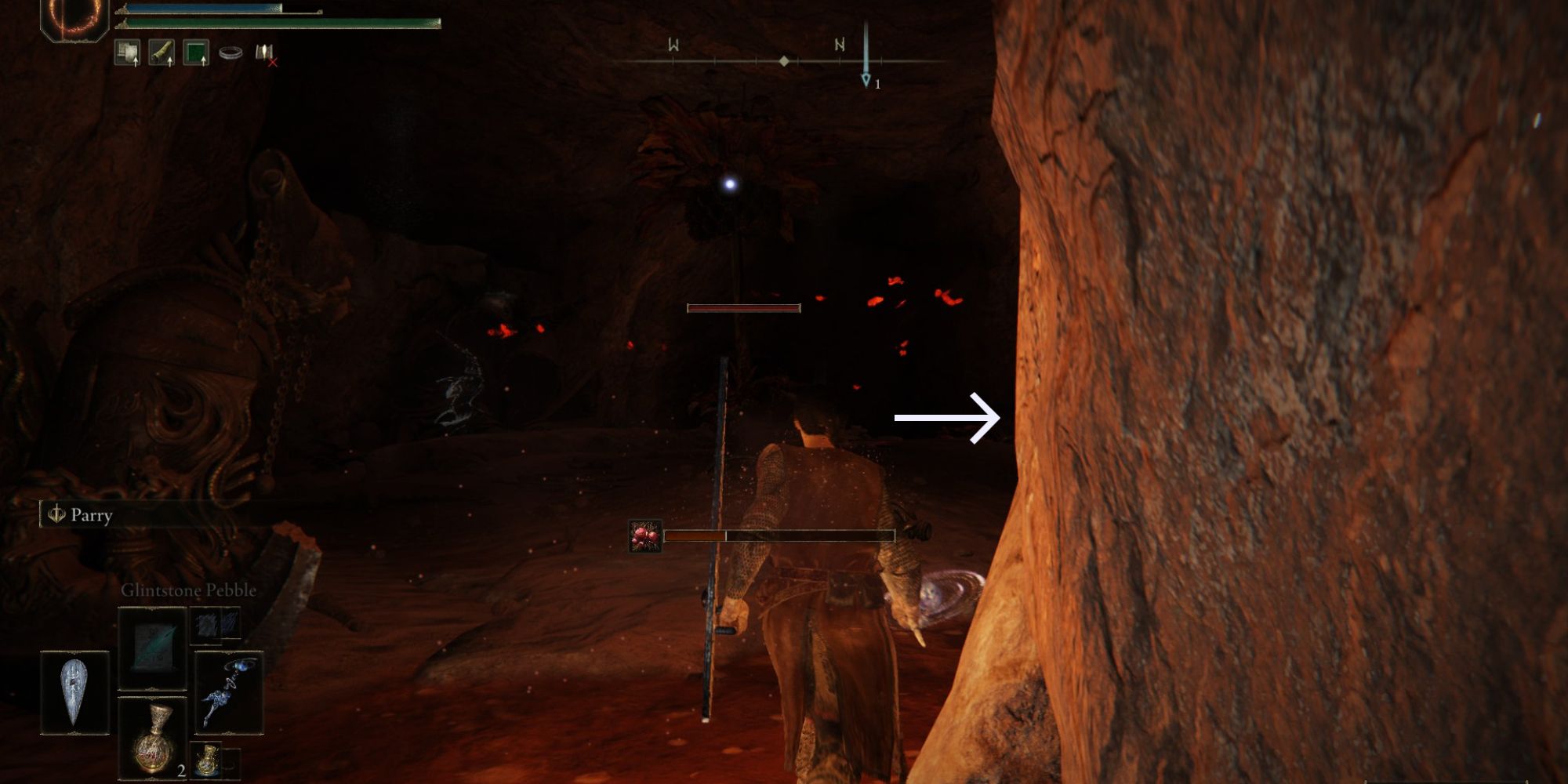 Past the rats, you'll find a larger room with safe ground to walk on, but with a dangerous enemy around. A Miranda Flower will start casting deadly magic spells as you enter. There will also be some Servants of Rot on top of the ledges and smaller flowers. The flowers will spew Scarlet Rot at you and the Servants of Rot will do poisonous ranged damage.

Things will seem chaotic in this room. To escape and head straight to the boss, turn right and run up the ramp and through another tunnel to find the boss fog wall.

To the left and behind the large Miranda Flower in this room, you can climb up some broken Abductor Virgins to find the Venomous Fang weapon. 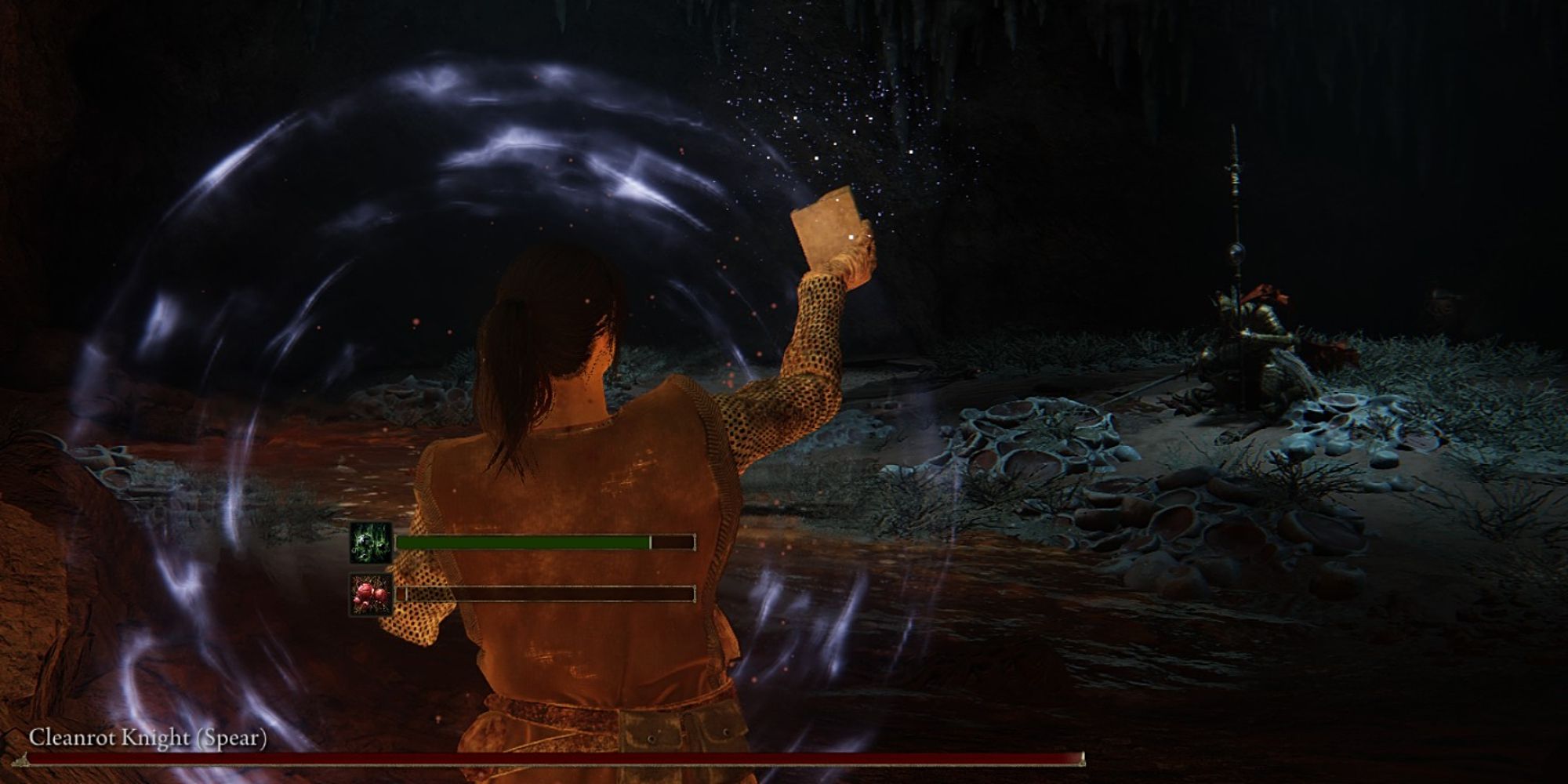 You may have bumped into a Cleanrot Knight in places like The Shaded Castle or other caves. They are exceptionally tough because of their swift speed and movements along with their heavy attacks. Usually, knights have heavy attacks and even heavier feet, making them relatively slow. Cleanrot Knights are usually speedy and agile. There will be two Cleanrot Knights here, making this fight tougher than it needs to be.

When going against these guys, you'll need to watch out for a few things:

It's better to 1v1 Cleanrot Knight (Sickle) first because she does ranged attacks. If you try to deal with the Spear knight first, you'll constantly be staggered and hit with a large magical ring that will try to follow you due to the Sickle Knight.

As a melee user with fast weapons, you'll be able to deal with Cleanrot Knight (Sickle) easily. Cleanrot Knight (Spear) walks slowly, making it easy to keep distance. With the ranged knight dealt with, you can take your time with a one-on-one melee fight with the Spear knight. While dealing with the Sickle Knight first, watch out for the Spear's charging attack.

As a mage, it will be hard to cast spells with the Cleanrot Knight (Sickle) throwing ring blades at you. It may also be hard to single out the Sickle Knight due to long-spell-casting allowing the Spear knight to get too close. When you're a mage dealing with duos, you should always equip your fastest casting spells.

Visit our guide that details all Cleanrot Knight attacks and the different strategies for defeating this boss. This guide also details every Cleanrot Knight boss drop and location.

Upon defeat, the Cleanrot Knight Duo in the Abandoned Cave drop the Gold Scarab.