Home » News » Eiyuden Chronicle: Rising – How To Unlock The Apothecary

Eiyuden Chronicle: Rising – How To Unlock The Apothecary

The Apothecary is a key building if you like stocking your inventory with potions in Eiyuden Chronicle: Rising. It lets you craft and purchase healing items and other that grants you strength or defensive buffs.

This place will be constructed in Second Street, a new area in New Nevaeh that you’ll have to unlock. Let’s go over everything you need to know on how to get there, build the Apothecary, and more in this guide.

How To Build The Apothecary 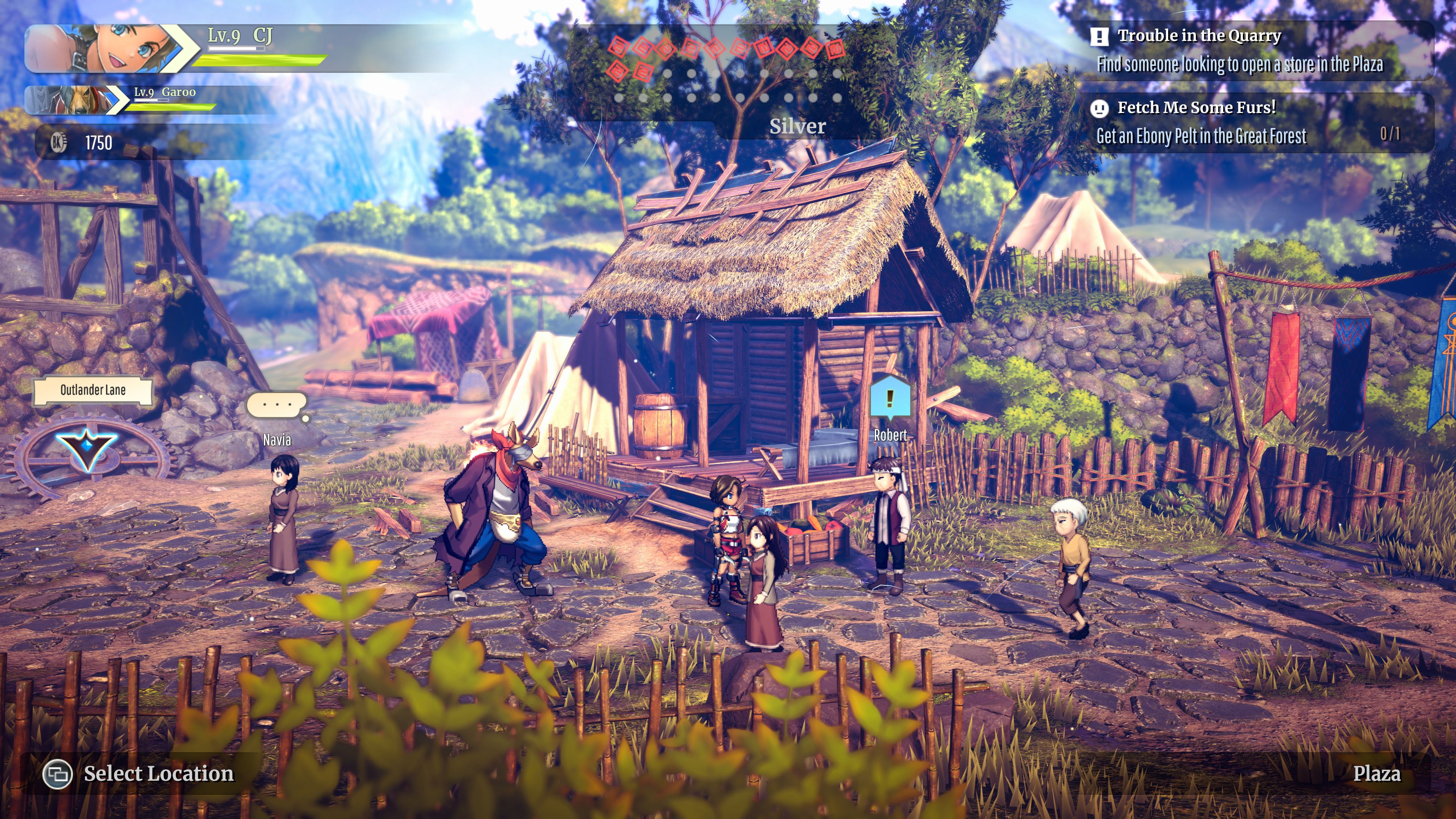 The time to create the Apothecary will come in the Main Quest 6: Trouble in the Quarry. While you’re looking for people to open new stores in town, you’ll find a man named Robert on the right side of the Plaza. He’ll be right next to Navia, a woman with a Resident Quest for beast pelts.

Robert will be different from other NPCs as he’ll give you a task before knowing what he wants or what he will create. In this case, he’ll offer CJ a special beverage when speaking for the first time. After doing that, Robert will ask you to “run” around the town. 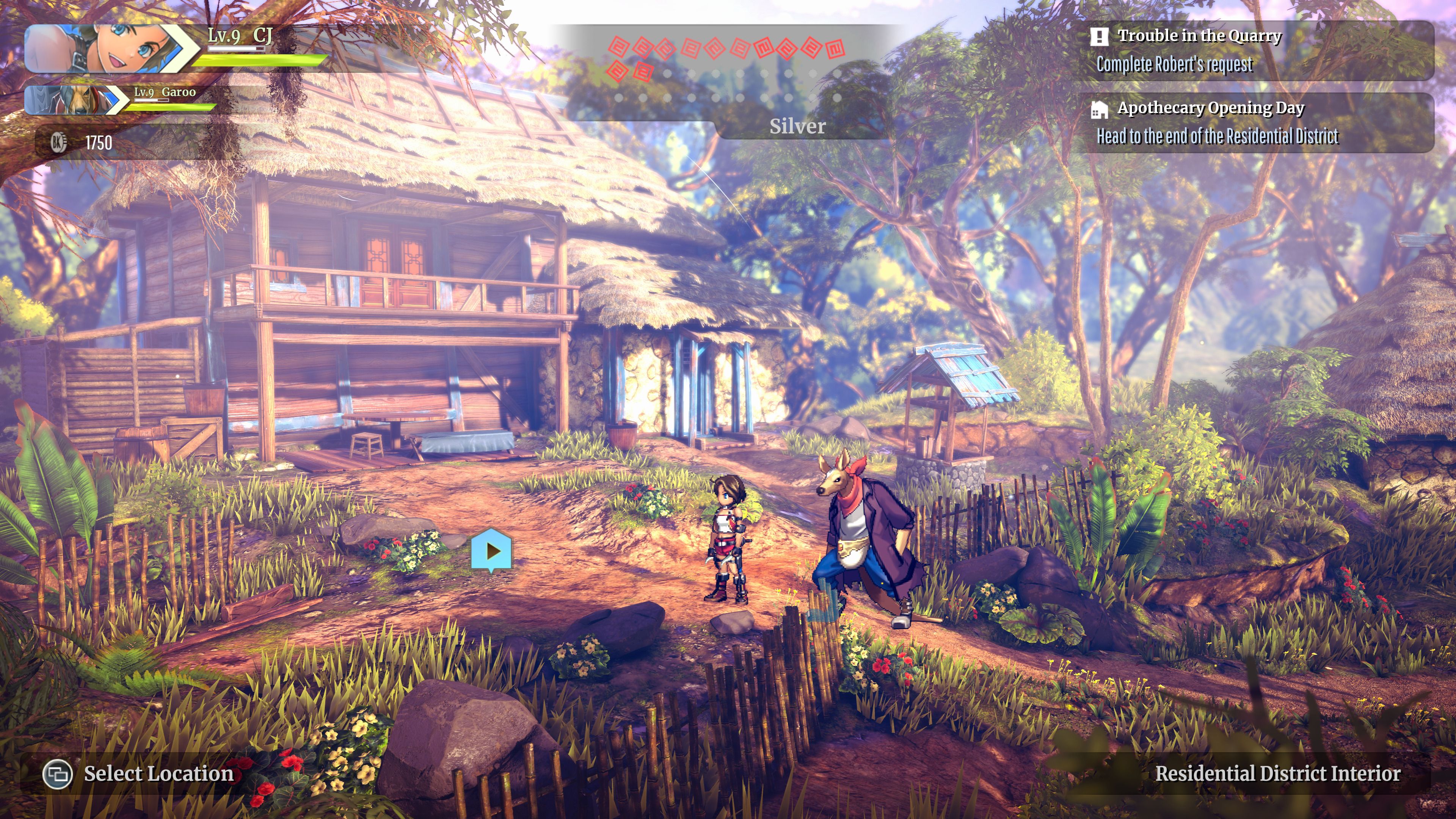 You don’t have to strictly run to these two places, you can fast travel from your map. However, the thing about the special beverage is that it will make you walk faster around scenarios, so this is a cool chance to test it. 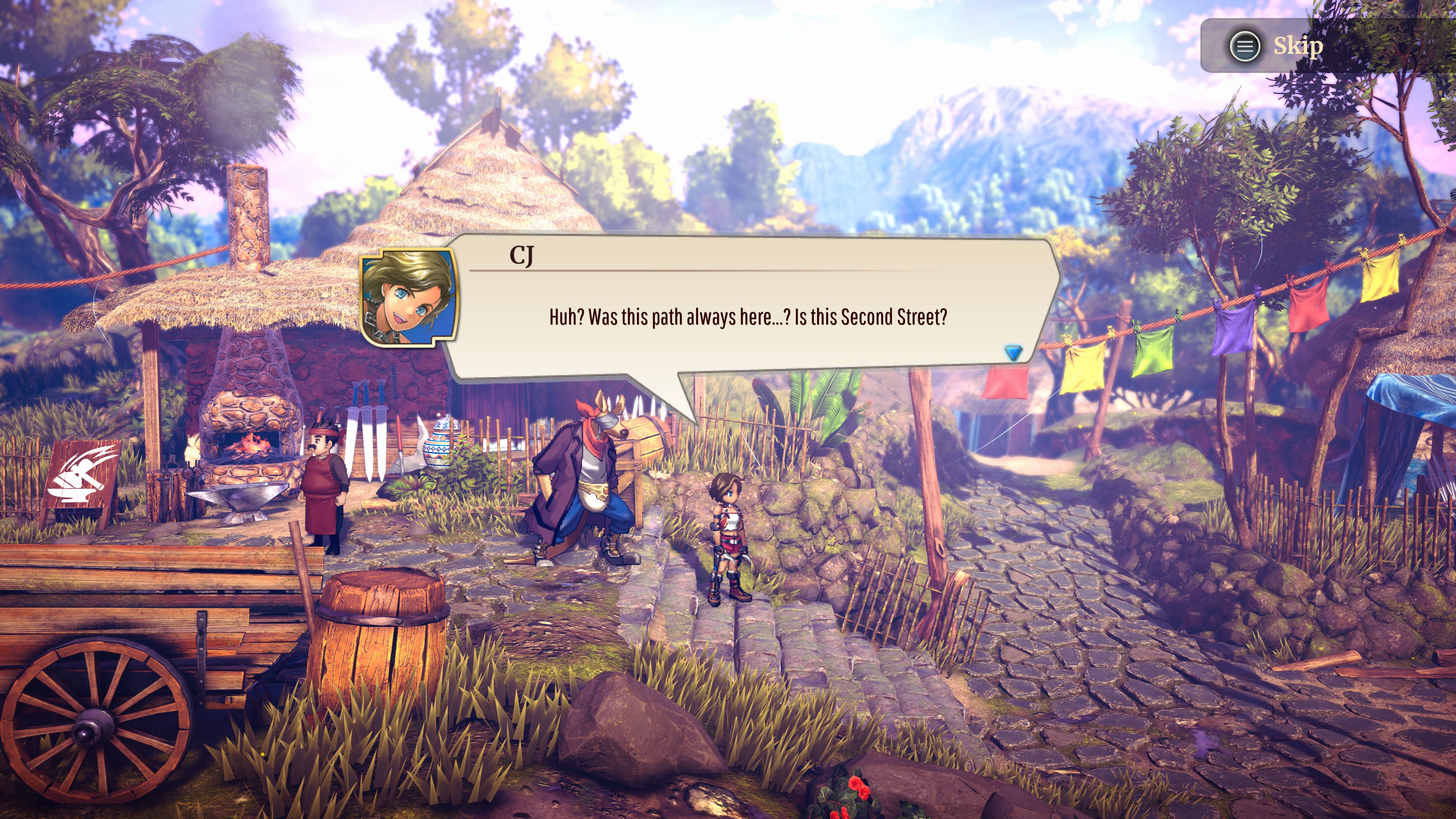 On Second Street, you’ll find Robert near a collapsed building by walking to the right. He’ll thank you for testing his new potion and open the Apothecary.

You will receive a Slimejelly and also be asked to craft one Healing Potion Lv. 1. 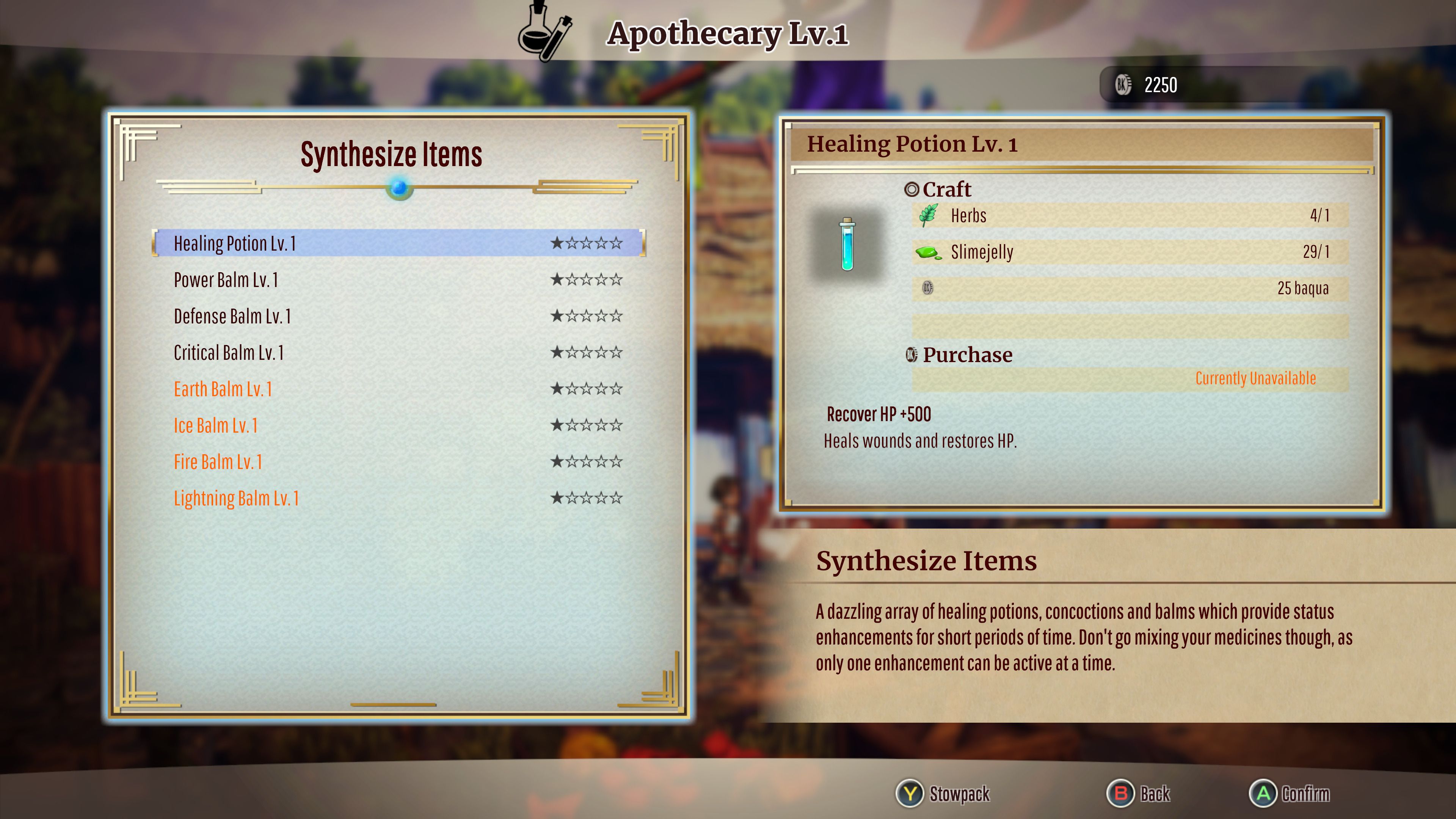 Let’s check what initial items are available at the Apothecary in the table below.

You’ll need to craft these items to let them become available for purchase.

How To Level Up The Apothecary 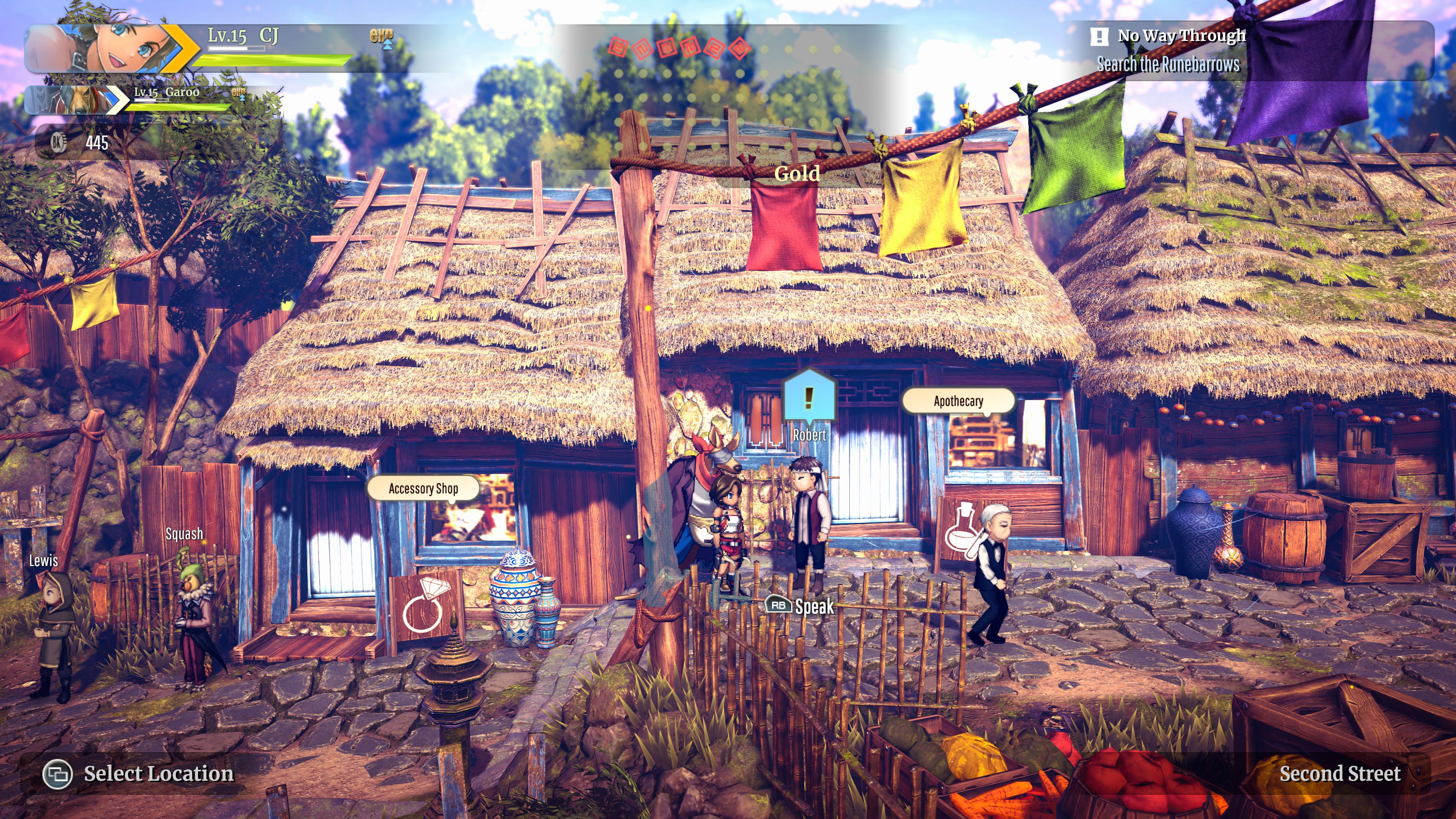 In Main Quest 13: No Way Through, Robert will have a Shop Quest for you, called Uncovering the Monster’s Secrets. He’ll tell you about his desire to make a specific potion about how monsters attack.

To do so, he asks you for eight Yellow Slimejellys from the Quarry. These Slimejellys are obtained by beating the enemies that throw rocks at you from their mouths. You have to collect eight, for which you can repeat the dungeon as many times as you want. 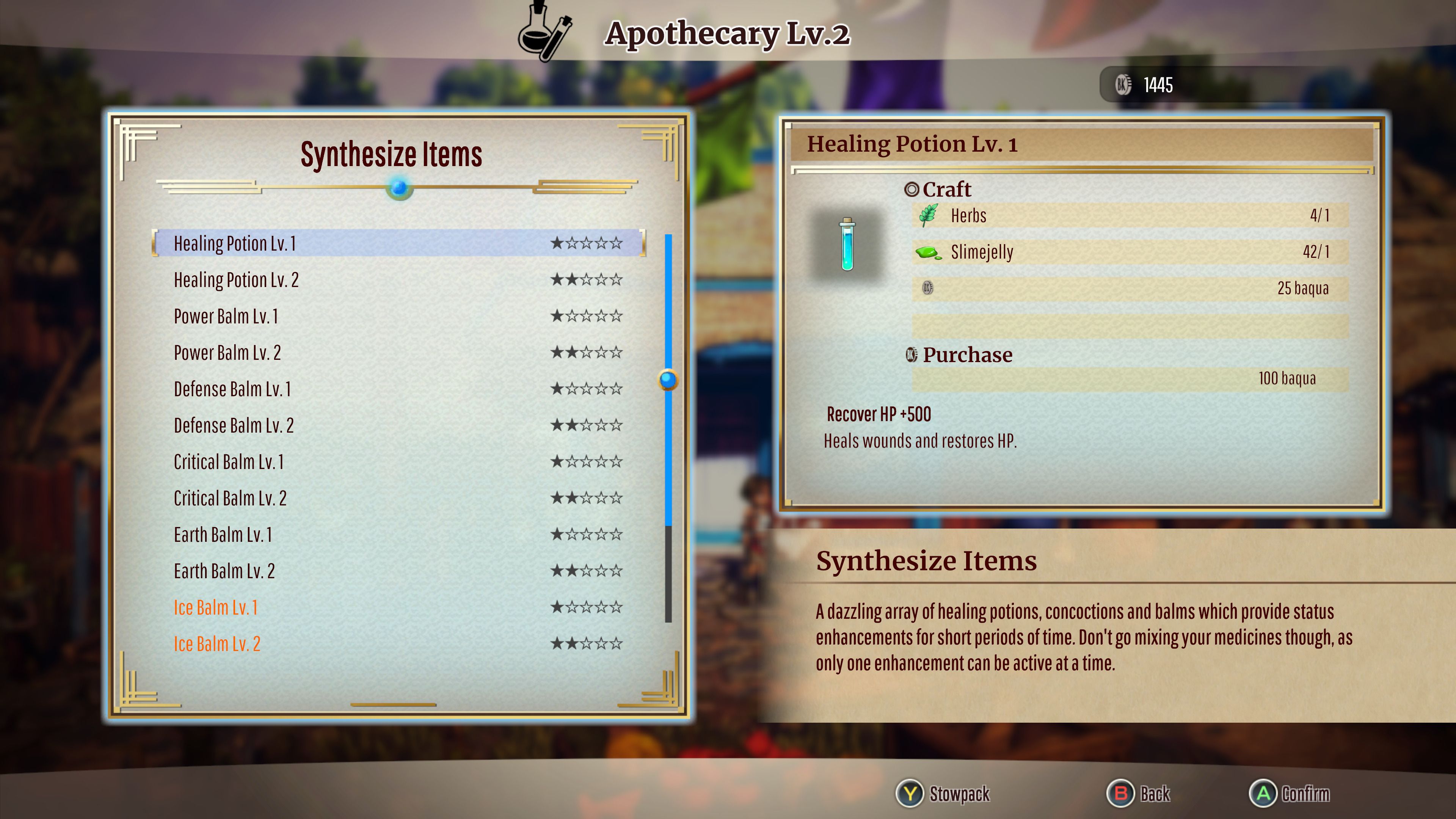 When you return to Robert, he’ll make us sign a document, doing some marketing for his new craft. Then he will upgrade the Apothecary to Level 2, making all the previous items now have an extra level 2 version. Rober will also give you a free Healing Potion Lv. 2.

The construction of this building will be completed and you won’t be able to level it up again.