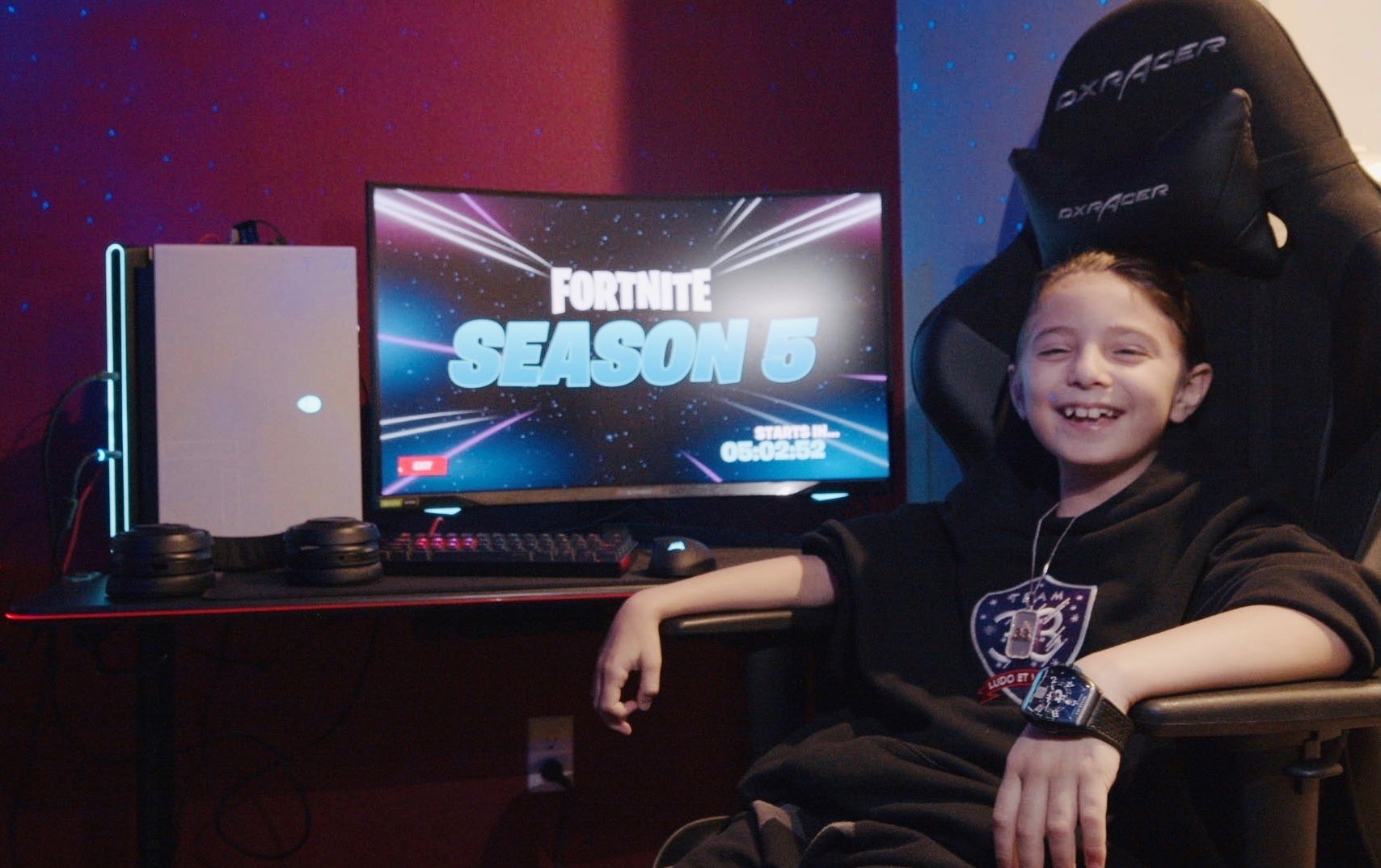 Joseph ‘Gosu’ Deen became the world’s youngest professional gamer back in December, when he reportedly signed a contract with Team 33 to play Fortnite.

Like a lot of kids, Gosu loves playing Fortnite, and told the BBC that: ‘I’ve thought about being a professional gamer a lot, but no one took me seriously until Team 33 came along.’

Team 33, based in Gosu’s home state of California, spotted the youngster over a year ago, and invited him to play some one-on-one games with their scout before eventually deciding to sign him.

That was one of the main inspirations for Gosu, as he says his ‘dream is to be like Bugha and play like him.’

There have been concerns about the legality of the signing, both when it comes to child labour laws and the fact the game has a PEGI rating of 12 in the UK, and an ESRB rating of Teen in the United States of America.

His mother, Gigi, says, ‘I’ve looked at the game and I don’t think we’re doing anything wrong. He’s a balanced child and comes from a good family and he’s not affected by it.’

As for his contract, Gigi explains, ‘He can pull out whenever he wants it’s totally flexible. It’s on his terms and my terms. It’s like a child actor really, they would do more work than he’s doing.’

There have also been questions over the legitimacy of the signing, as not much is known about Team 33 or Gosu in the wider Fortnite community.

And since Gosu will not be able to compete in Fortnite tournaments under the current rules until he is 13, it is unlikely we will learn more for some time to come.

He is also too young to appear on the most popular gaming live streaming service, Twitch, however Team 33 plan to ‘build up his online presence on YouTube.’

Team 33 also say they plan to ‘groom him to be a top-level player’ until he is able to compete; their choice of words when discussing a child has also drawn criticism online.

Related posts:
Best News
Remnant From The Ashes: How To Get The Magnum Revolver
PlayStation Players Get Early Access To The Resident Evil Village Demo
Resident Evil Coming To Dead By Daylight In June
BLAST Premier Showdown Day 3: 9z upset Vitality, Heroic Dominate
Outriders: 8 Skills You Need To Get Right Away
Recent Posts