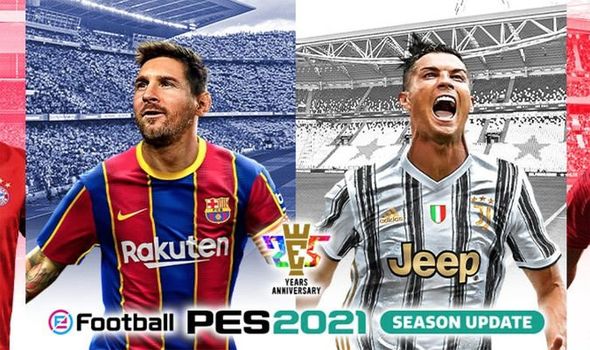 PES 2021 players can download a huge new update on PS4, Xbox One and PC.

According to Konami, over 150 face scans have been added to the game, including Ansu Fati and Francisco Trincão from FC Barcelona, Cristiano Ronaldo from Juventus, William Saliba from Arsenal, and Albian Ajeti from Celtic.

Konami explains more: “In addition, over 200 teams have received the latest real-world kit updates. Belgium, England, France, Netherlands and Portugal are a small selection of the 24 National teams getting a wardrobe upgrade.

Elsewhere, Rangers manager Steven Gerrard is now available as a Master League manager, while a selection of “unique” celebrations have been added for certain Iconic Moment Series players.

Finally, fans have been treated to 14 new boots from adidas, NIKE, PUMA, UMBRO, MIZUNO and Joma.

You can see the full patch notes below.

• Fixed an issue that prevented you from forwarding time and/or completing transfers in Master League. The issue was triggered after obtaining a player from another team by trading one of your own.

• Made some tweaks to the system responsible for determining what occurs when users go idle in online matches.

• A variety of minor adjustments have been made to each mode to improve the overall gaming experience.