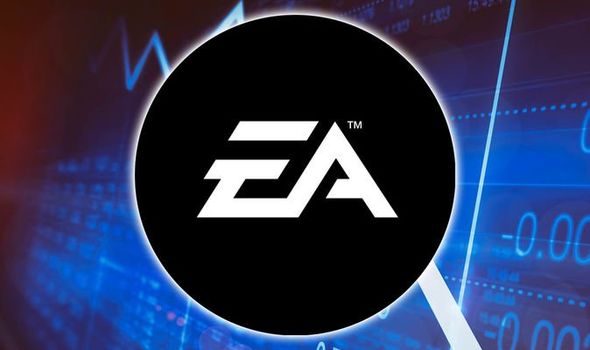 EA servers down reports are on the rise with reports of issues with FIFA 20, Apex Legends and Origin.

Independent outage monitor Down Detector has seen a spike in EA down, FIFA 20, Apex Legends down and Origin server issues.

Out of those FIFA 20 fans affected the majority (86 per cent) are being hit with server connection issues while others are facing login problems.

The Down Detector outage map says the EA server issues are mainly affecting gamers in the UK, US and Europe.

As the EA, FIFA 20, Apex Legends and Origin issues hit fan took to social networking site Twitter to report issues with the services.

One tweeted: “@EAHelp are fifa 20 servers down?”

Another posted: “EA servers down“.

One added: “EA servers are down”.

And another wrote: “Ea servers down AGAIN”.

After reports of the EA servers issues started flooding in the EA Help Twitter account tweeted to confirm the issues.

The @EAHelp Twitter added that they are looking into the issues affecting the gaming giant’s hit titles and services.

The EA Help Twitter posted: “We’re looking into issues with our websites, games, and services.

“We’ll be back with updates as we have them.” 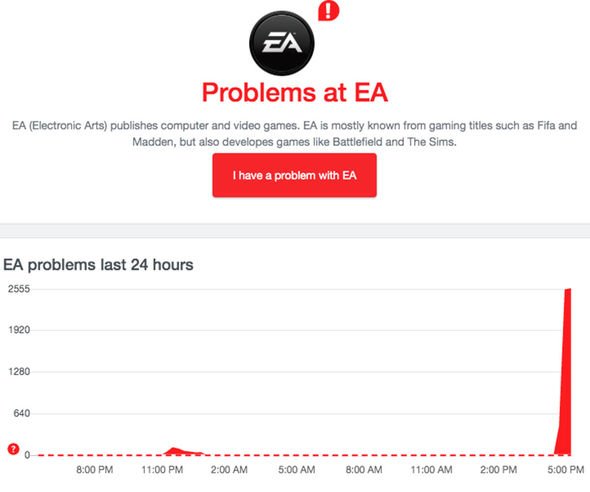 And the FIFA Direct Communication account posted: “We are aware of the complaints around connecting to EA servers and are actively investigating.

“Match creation has been temporarily disabled to prevent disconnects during this time.”

Responding to one EA fan affected by today’s issues the EA Help Twitter said: “At the moment, we’re experiencing some issues, that we’re working on.

“Please hang in there.”

The specific issues that EA titles have been facing today varies but they all seem to revolve around server connection problems.

FIFA 20 fans have been reporting getting an unable to connect error message when they try to play the hit footie game.

While Apex Legends fans have reported getting an error code 100 message when they attempt to go online for a match in the popular battle royale game.