Home » News » Dril, The Best Twitter User On The Internet, Is Making A Video Game

Dril, The Best Twitter User On The Internet, Is Making A Video Game

Even if you’ve never heard of dril, you’ve almost certainly laughed at one of his tweets at some point. Much like the dinosaurs in Jurassic Park, dril just somehow finds a way.

In case you’re not acquainted with “the best Twitter user on the internet,” dril is a Twitter account that got started in 2008 and has since grown to 1.6 million followers. He’s a character, although there is a real person behind the distorted Jack Nicholson persona.

dril (always lowercase) is a noted member of the “Weird Twitter” subculture–a collection of accounts that specialize in surreal and absurdist humor. In particular, dril personifies the typical male internet user, often misspelling and misquoting everything and everyone to make no point whatsoever.

dril has published two books, done an animated short film and also written for an online web series. And now he’s making a video game because of coronavirus.

“being locked indoors and/or unemployed for almost a year, however, offered me the opportunity to develop the foundation of a full-fledged 2D action/adventure game which i believe will be pretty good,” writes dril on his Patreon. 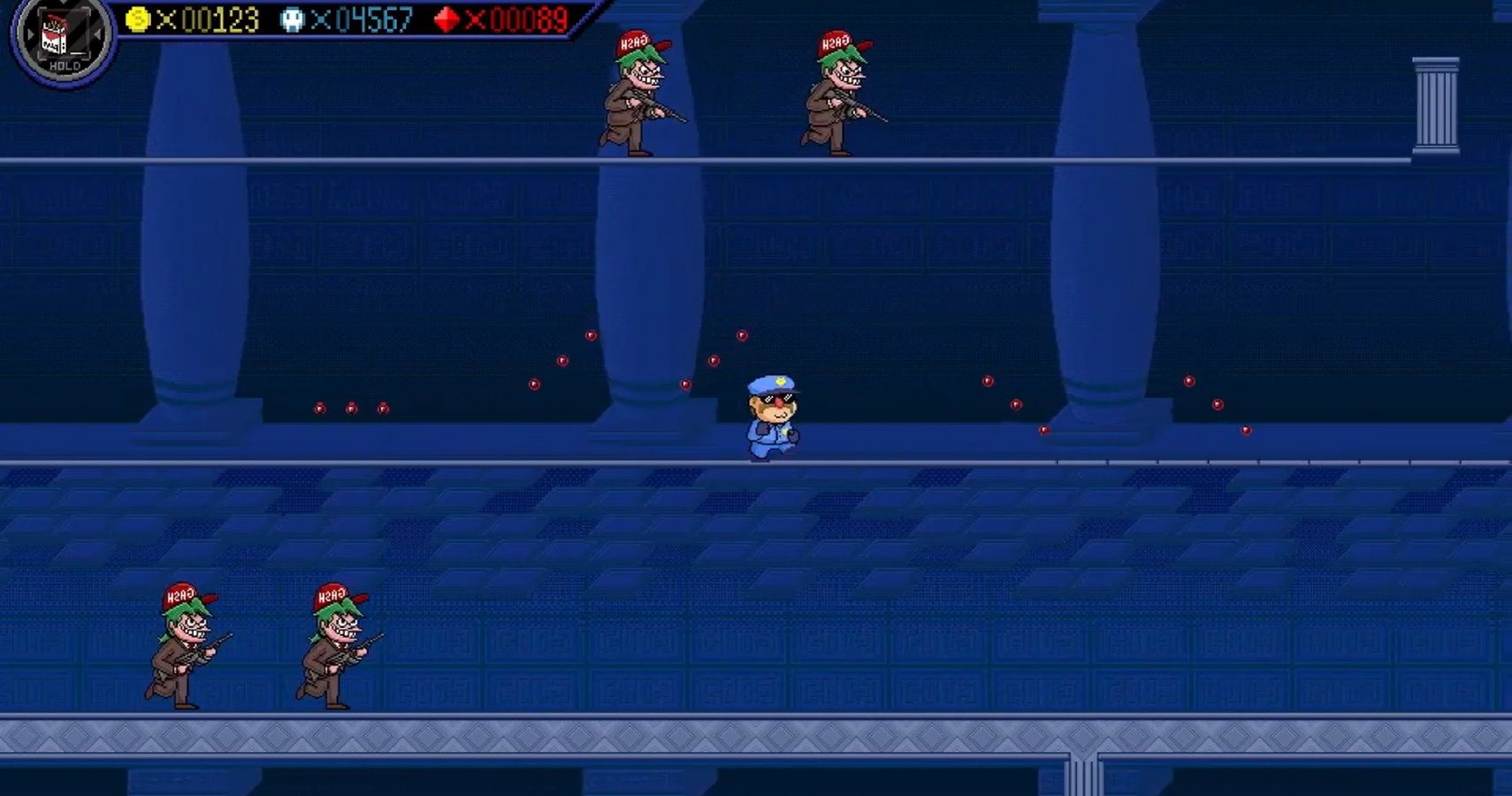 “The game follows the quest of a silent protagonist who stumbles upon the gift of immortality in a dangerous future where Top Influencers and corrupt hollywood guys maintain a cruel grip on society. The gameplay places a strong emphasis on employing satisfying, responsive aerobatics to traverse a dozen or so worlds and find a shit load of treasures and secrets.”

The game is at least tentatively called “copgame,” according to the brief trailer dril posted on YouTube. It seems to show a 2D platformer where you play as a chubby cop. There are coins to collect, items to hold, and floating cameras to shiv.