Dragon Quest Treasures is here, and with it comes a number of glorious opportunities to fill your fault with valuables. However, along the way you are going to encounter a whole slew of obstacles. From tricky bits of traversal, to ferocious fiends looking to make you lunch, the world of Dragon Quest Treasures can, at times, be inhospitable.

We will give you all the hints you need to push forward into the more dangerous sections of the world, and help you more efficiently gather treasures. These are all the tips we wish we were given when we started the game, so they should help you get off to a strong start. 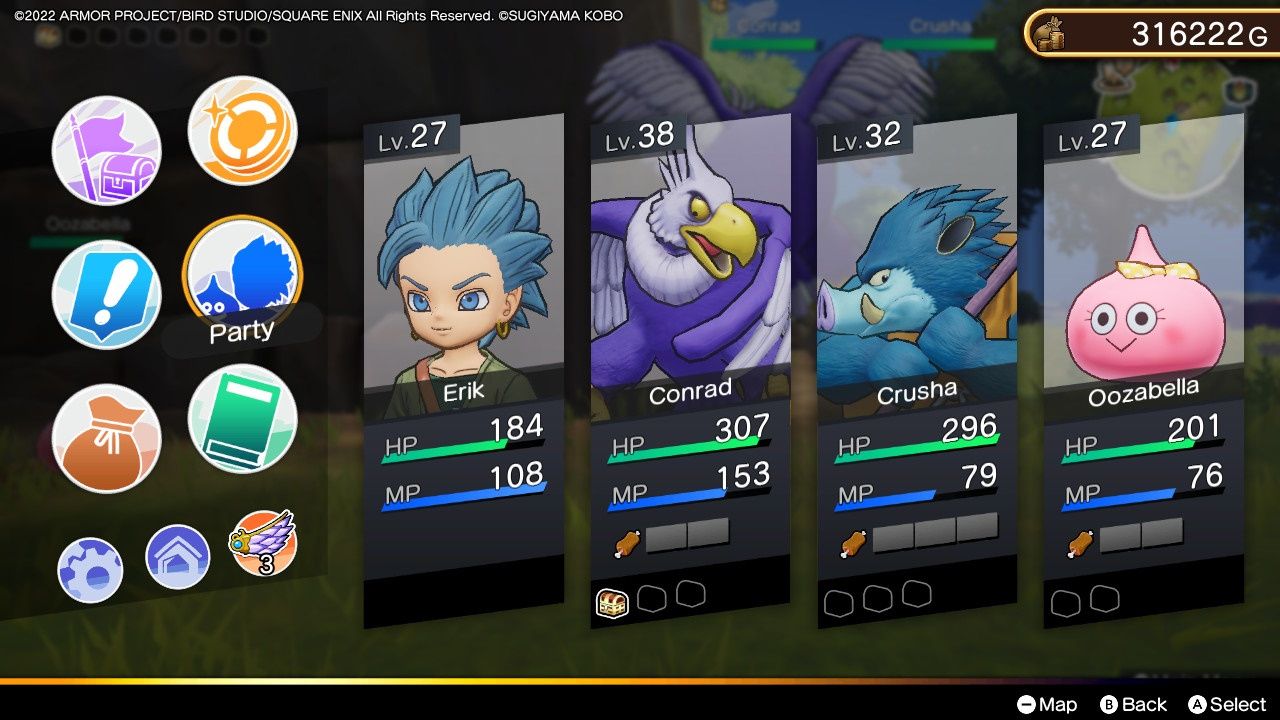 So, when building a team, there are a few things worth considering. For starters, carrying capacity will differ among your troops. So, Slimes generally can only carry two treasures, but an orc will be able to carry three. Of course, that is convenient, as you won't have to backtrack to the base as often, but it also means that your bonus modifier will be higher (as that is tied to the amount of treasures you get per expedition).

Another consideration is height. The treasure visions your monsters have will differ depending on how tall they are. Some monsters have other unique quirks as well. Some monsters have better vision at night, as an example. You should consider all of these factors as well as their forte abilities when forming your team.

You Are Most Potent As A Support Character 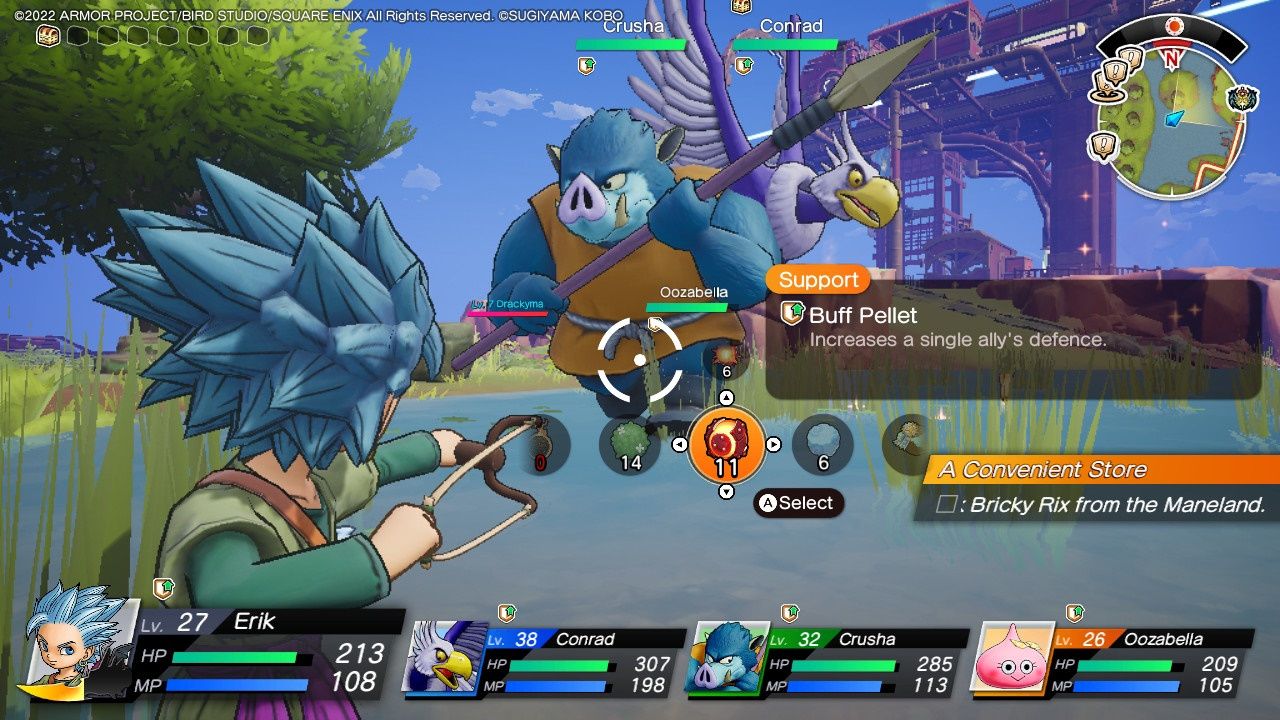 One of the most interesting elements of the battle system is that Erik and Mia are only really okay at melee combat. They are far more potent when they are utilizing their "catapult" (AKA, your slingshot). Not only can you hit enemies with the equivalent of spells, attacking their elemental weaknesses, but you can also support your monsters. You can buff your monster friends, making them stronger and more resilient. Naturally, you can also heal them.

Even in the beginning of the game, when you have less variety in your ammo types, you can still draw the attention of the monsters just by repeatedly hitting them with standard pellets, this will allow your party to score free hits on their back. Of course, we aren't saying you should never use your melee attack, some enemies will force you to engage them in close-range combat, but when possible, you should try to get distance and take more of a support role.

There's More Than One Way To Skin A Sabrecub 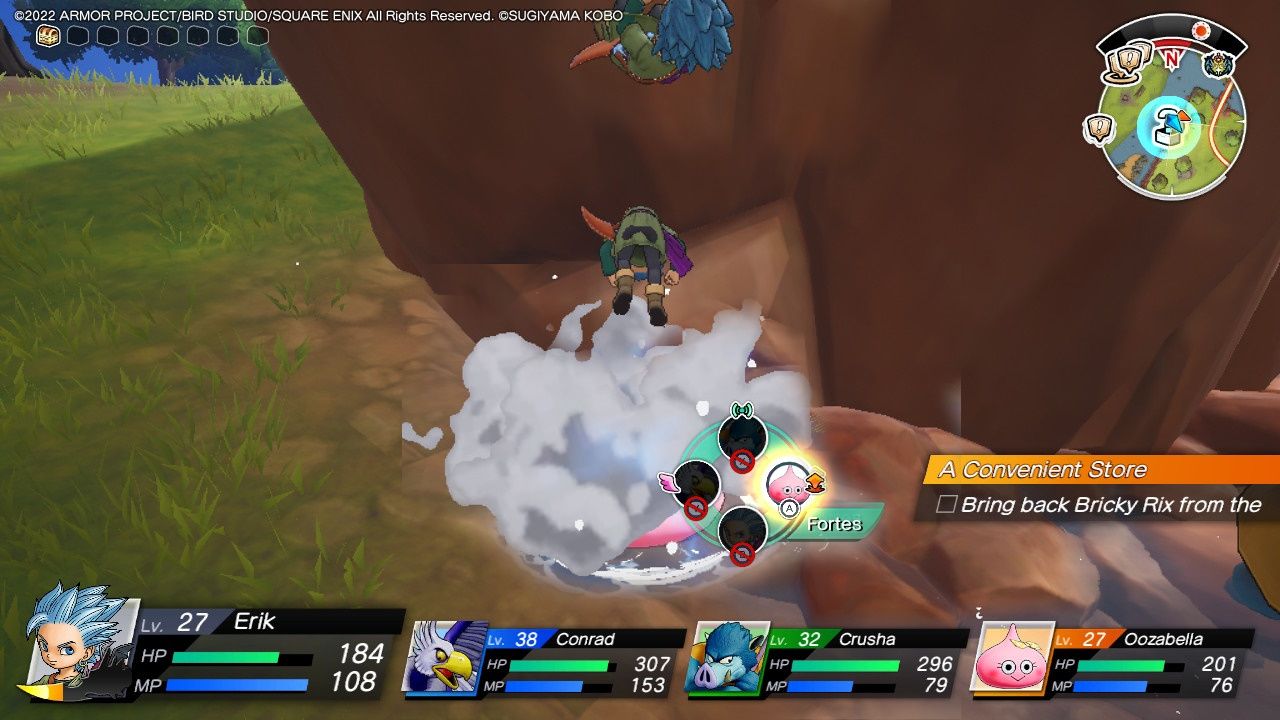 As you are almost certainly aware of, each monster brings with them a skill. These are often used for traversal, and a number of places can only be obtained if you have the appropriate skill on hand. However, while it is true that some skills are the only way to enter these locations, it is also true that many of these areas can be accessed by multiple skills.

As an example, during our adventures, we encountered a giant, hollow tree stump. The entrance was too shallow to crouch under, which seemed to suggest that we needed to use the Stealth ability to enter the stump. However, one side of the stump was also low enough that you could use the boost jump to get over it. Moreover, it was close to a hill, so you could jump off that hill and use the float ability to sail in through the roof. So when you encounter these types of obstacles, before you give up make sure to investigate potential alternative avenues.

Keep A Stock Of Dragon Meter For Emergencies 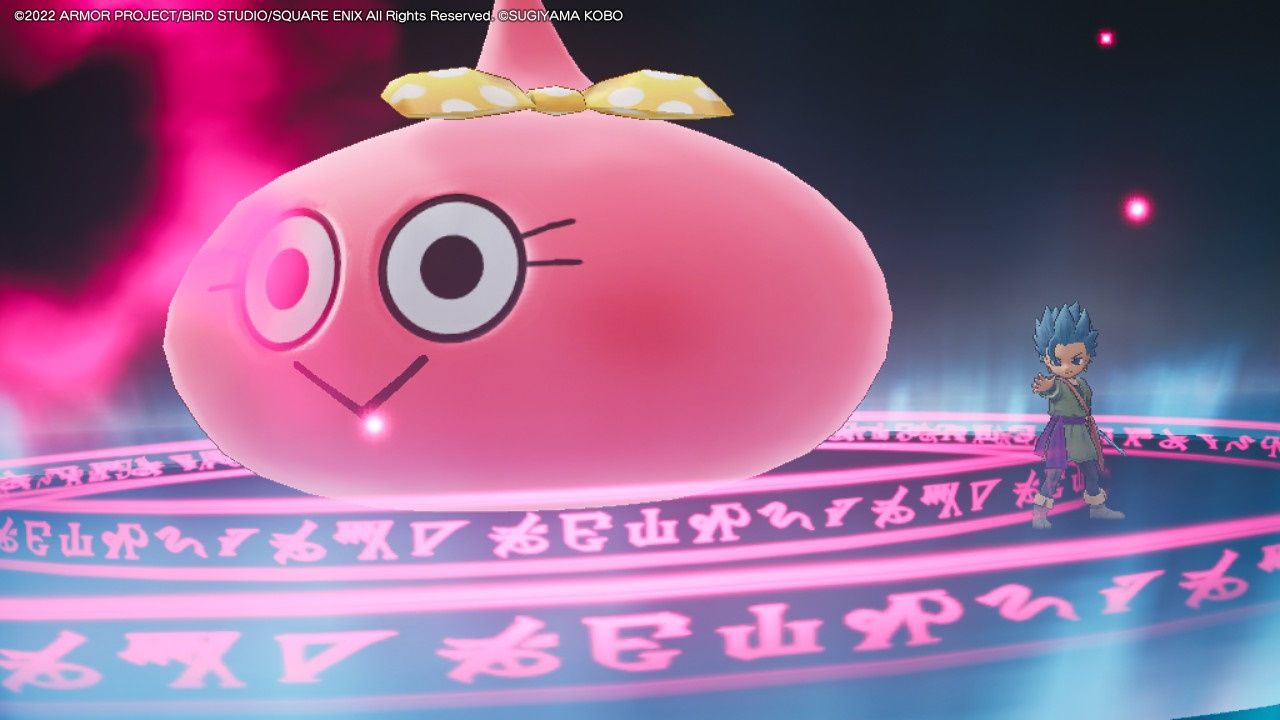 The Dragon Attack is staggeringly powerful. These attacks can clear out entire squads of enemies well above your level. They are that strong. So, you are going to always want to have one of these in your pocket. You can store three bars at once, so, if you build up a second, feel free to use it, but always keep at least one on hand.

This is doubly true once you reach the point in the game where rival gangs will start ambushing you. If you have one of these super attacks ready, you will be far more likely to overcome these situations without losing any of that precious loot. 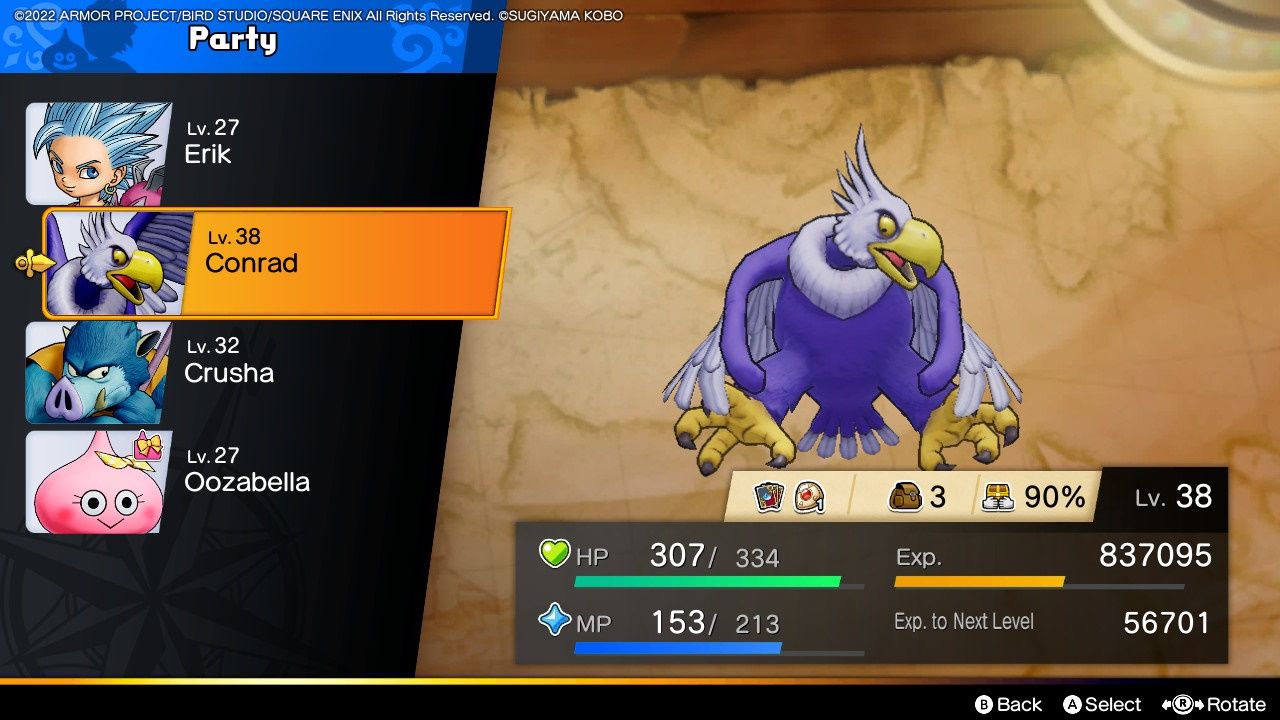 When you are looking to recruit, your first instinct is likely to gather monsters of different types and focus on recruiting stronger allies. And it isn't a bad idea to do that! However, a monster's favorite treasure type plays a huge role in determining the available treasure you encounter as well as the amount monsters receive during expeditions.

So, while you may not think that recruiting a half-dozen Slimes at the beginning of the game is the best call, if they all have different preferences for treasure, then you will be doing yourself a huge favor for expeditions alone. Similarly, if you are deciding between two of the same type of troop, it is worth going for the one with different treasure tastes, even if they are a lower level.

Try Not To Overcommit To Your Attacks 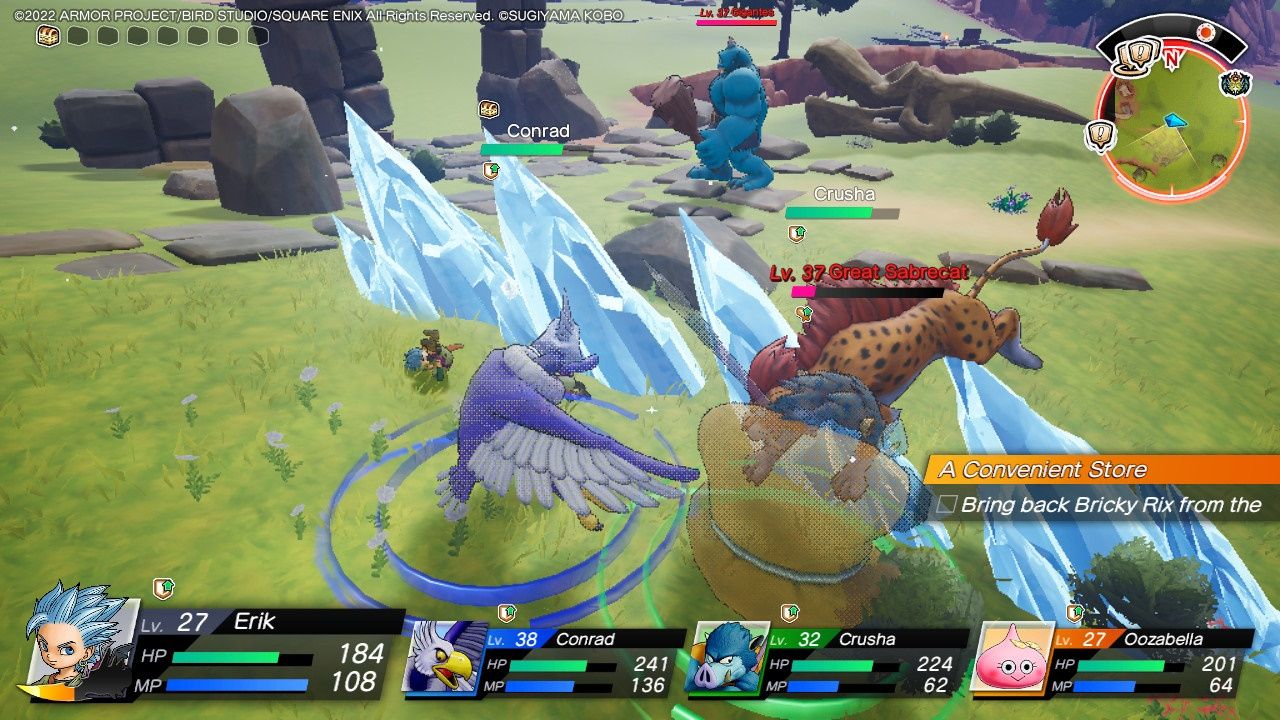 Erik and Mia come packing a standard melee combo. This is a great way to deal some damage while also building up your meter. When you are fighting weaker enemies, you are naturally going to just mash the attack button. However, when you are facing off against stronger foes we strongly suggest that you not do this as it will leave you vulnerable.

Your best defensive tool is your dodge roll. Unfortunately, the dodge roll cannot be used mid-attack. So, when you are attacking a more resilient enemy, instead of mashing attack, hit the button rhythmically, while watching for a tell from the enemy. Once you see said tell roll to safety. Using your roll effectively can be the difference between life and death in a tougher battle. 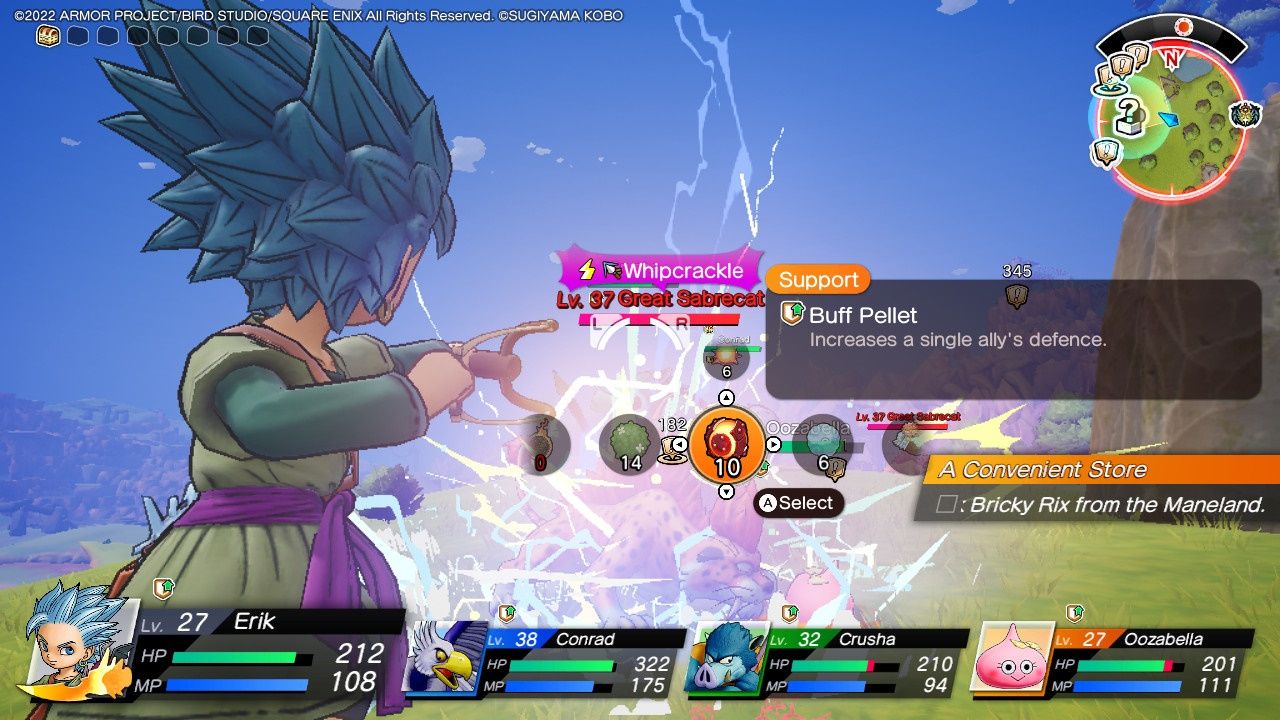 Dragon Quest Treasures is a pretty notable departure from its turn-based counterpart as it prioritizes action. However, things can absolutely get pretty hectic, especially when you end up having to face multiple monsters you weren't planning to square up against. Thankfully, there is a way to freeze time and assess the situation. You simply need to swap catapult ammo.

When you swap which pellet you have equipped you will completely stop time. This can provide you with the moment you need to assess your situation. 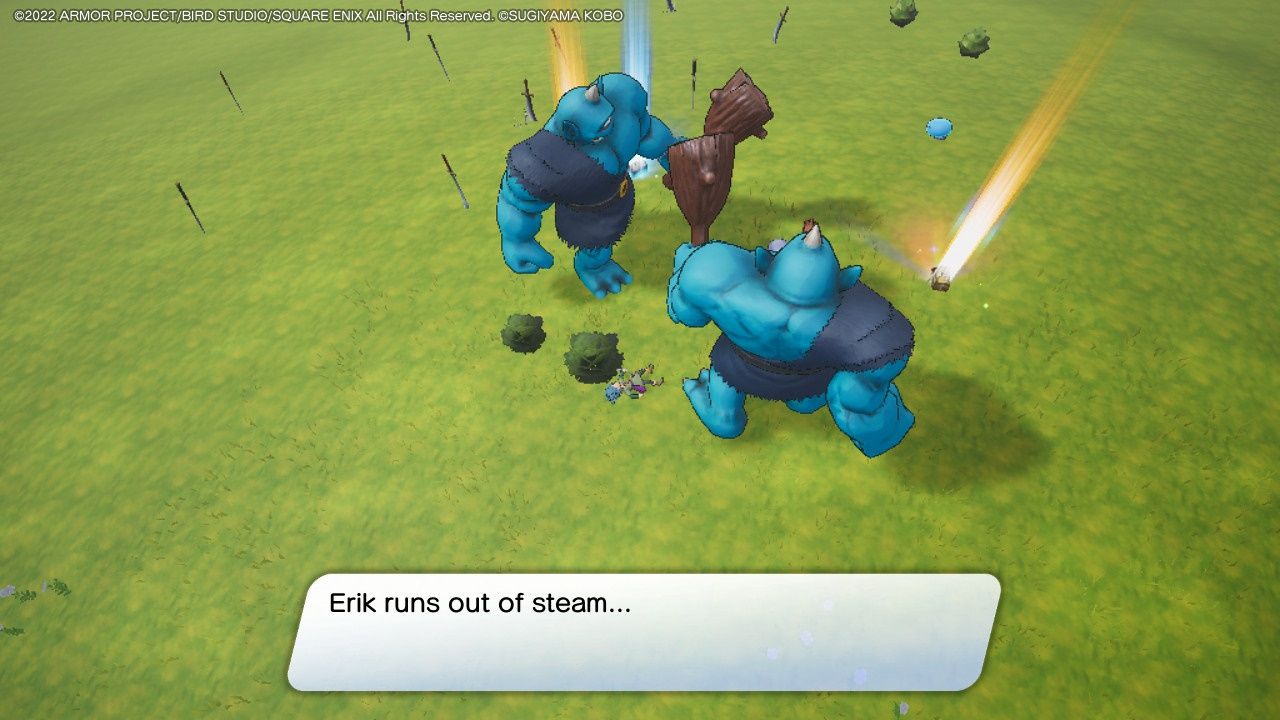 Look, Dragon Quest Treasures is not a hard game. If you are being thoughtful, you aren't likely to run into problems too often. However, the save system is old-school. This means that if you die you go back to your last save point. That's it. No option to retry a battle. You don't even get the option to lose half of your money or anything.

And if you are wondering about what the auto-save function looks like, well, it is extremely limited. If you change areas there will be an auto-save. You will also auto-save at bonfires. Thankfully, there are tons of those bonfires spread all around each map. So, don't be a risk-taker. Just save when you have the chance. We pushed our luck at one point and learned this lesson the hard way.

You Can Absolutely Fight Monsters Above Your Level 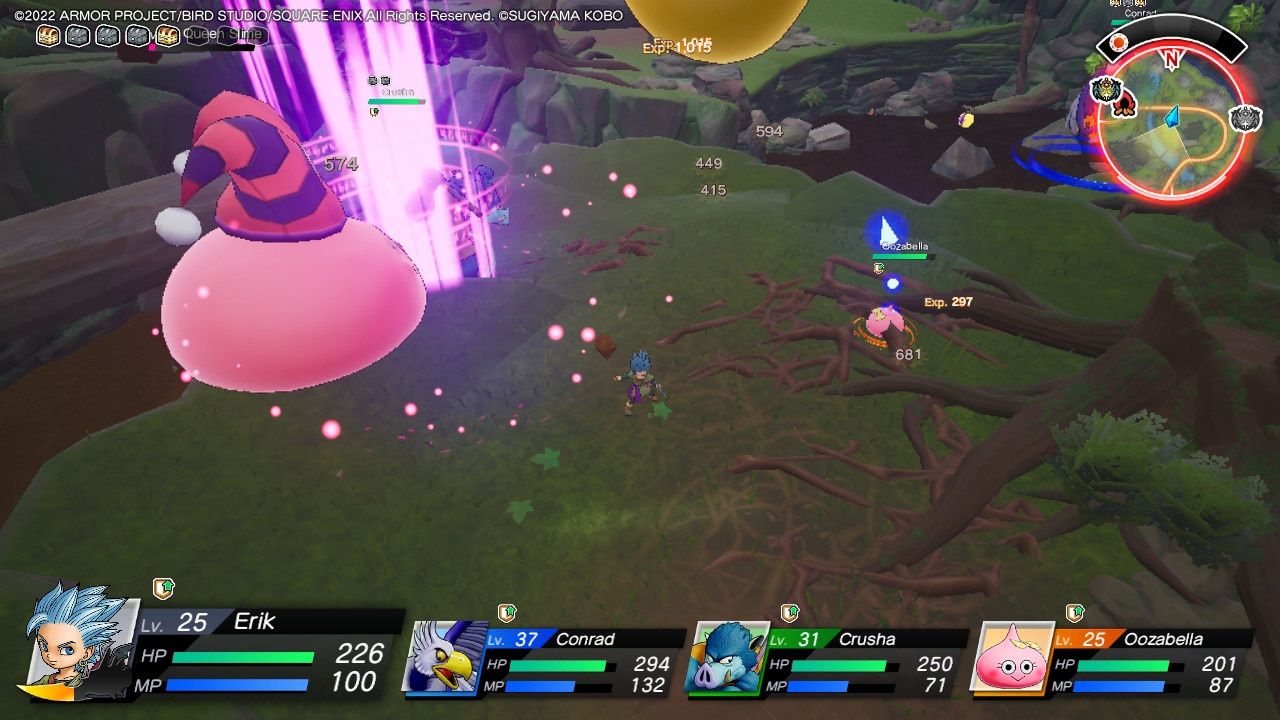 In a number of games, seeing a monster that has that foreboding red text above its head typically means that you should absolutely avoid them at all cost. However, that quite simply isn't the case with Dragon Quest Treasures. Now, don't get us wrong, you shouldn't approach enemies substantially higher level than you recklessly. But you can punch above your weight in this game!

However, this point needs to be tethered to two of the other tips from this guide. Because death can be brutal, you shouldn't push your luck if you haven't saved recently. And since these monsters are going to likely hit hard, you are going to want to take more of a support role in battle.Also, don't get greedy. If a monster is substantially above your level, don't take on a whole group of 'em.

When we were fighting monsters that were above us enough to have the red text, we were, on average, receiving around double the exp versus the monsters that were at our level. However, the battles take a little longer, you can fight fewer enemies at a time, and they will often require that you use more of your pellets. So, for leveling, you may want to stick to the enemies closer to your level. However, you can recruit these bigger monsters, so that is definitely worthy of your consideration.