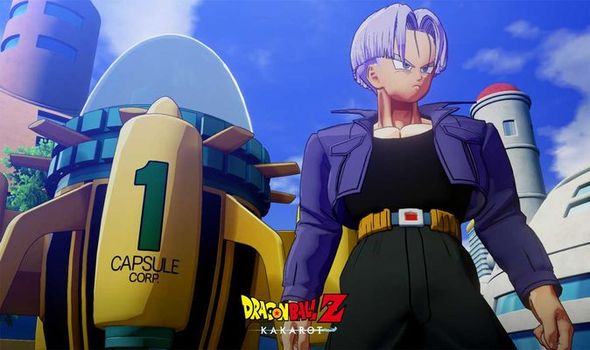 The development team behind Dragon Ball Z Kakarot has confirmed that they will be launching a special new update this week. The Kakarot Time Machine update was announced back in January and confirmed a big new feature for the game. By completing a new Sub Quest that would be added to the game, players would get access to the Time Machine to travel back to previous arcs and complete the sub-quests they’ve missed.

This would mean helping Arale and Gatchan in a new subquest, and fans have been waiting to find out when this would be added to the game.

The good news is that Bandai is planning to launch the new DBZ content tomorrow, March 20, 2020.

As mentioned above, this new sub-quest and Time Machine feature will be added to the game via an update, which will need to be downloaded.

The new Time Machine feature will also make it possible to replay parts of the game that you enjoyed.

For now, we don’t know when this new patch will be released or how big the download size will be.

But we do know that the Time Machine will be available to try out for fans in the UK on Friday.

“It’s coming! Hourglass with flowing sand The Time Machine will be availablein DragonBall Z: Kakarot through a patch,” a message from Bandai Namco explains.

“Travel back in time to replay your favourite story scenes or complete missed side quests! When/where will you go first?”

For those who might not have heard of the game, Dragon Ball Z Kakarot is a story-driven title that aims to immerses players in their favourite DBZ story arcs.

This includes joining up with key characters, battling iconic anime enemies, as well as completing side quests.

Fans can also visit memorable locations from the original Z saga and fight, fish, eat, and train as Goku.

In other DBZ related news, the first major Kakarot DLC has been announced and will be called A New Awakening: Part 1 – Whis’ Training.

Gamers will be tasked with training Goku up against opponents, including Whis himself, to earn XP and unlock Super Saiyan God form.

This will give access to new special moves and finishers and combined with the Time Machine, will make it possible to bring these back into the main game.

Beerus is another character that will reportedly be included in this new Dragon Ball Z DLC, which has yet to be given a release date.