Dragon Age Origins: The Best Skills And Talents For Rogues

To be a rogue in Dragon Age, is to be a versatile, jack-of-all-trades, in wit and blade and prowess, with an arsenal of tools belted on your waist. Excluding the DLC of Dragon Age Origins, Awakening, the rogue has five unique trees of class-specific talents.

While many are activated, and several are passive, others can be utilized outside of combat. With a limited number of points to allot, every choice counts. Here are the talents and skills most beneficial to crafting a self-sufficient rogue that can cheerfully tackle the dilemmas in Origins on their own. 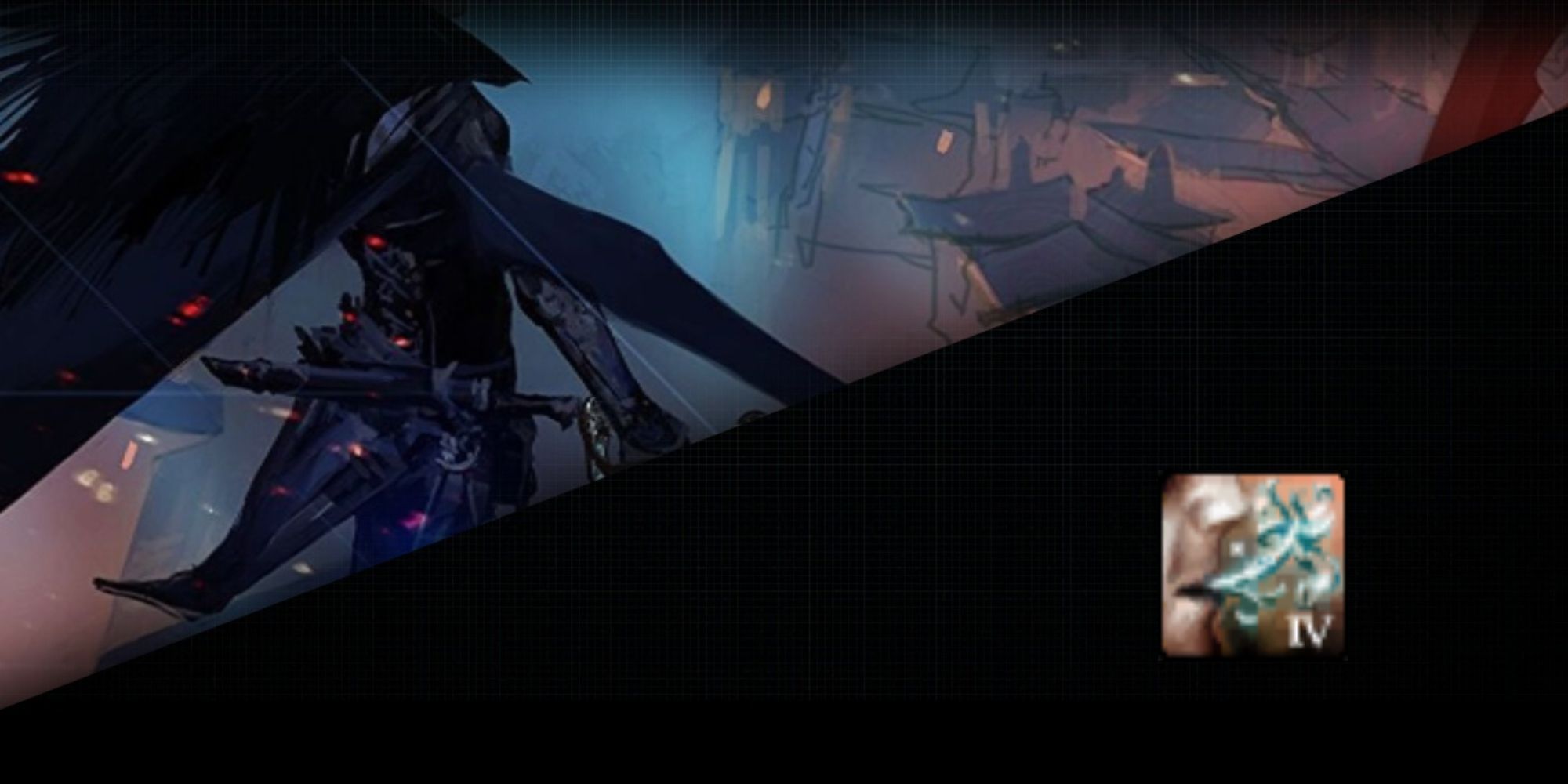 Coercion suits all three classes in Origins. It's quite rare for anyone to go without raising this skill to at least its second ascension, but there are players who do choose to go without it. However, unlocking the top tiers of the Coercion Tree breaks nearly all dialogue and scenario limitations you would otherwise face if you didn't have them. A rogue's talents are affected by strength and cunning, but more-so cunning.

As it turns out, a rogue built with more cunning than strength, will take significantly more diplomatic and manipulate dialogue routes than one built primarily with strength. Charming speakers can get themselves money, side-quests, weapons, and gear through their talking as well, making this talent very useful in more ways than one. 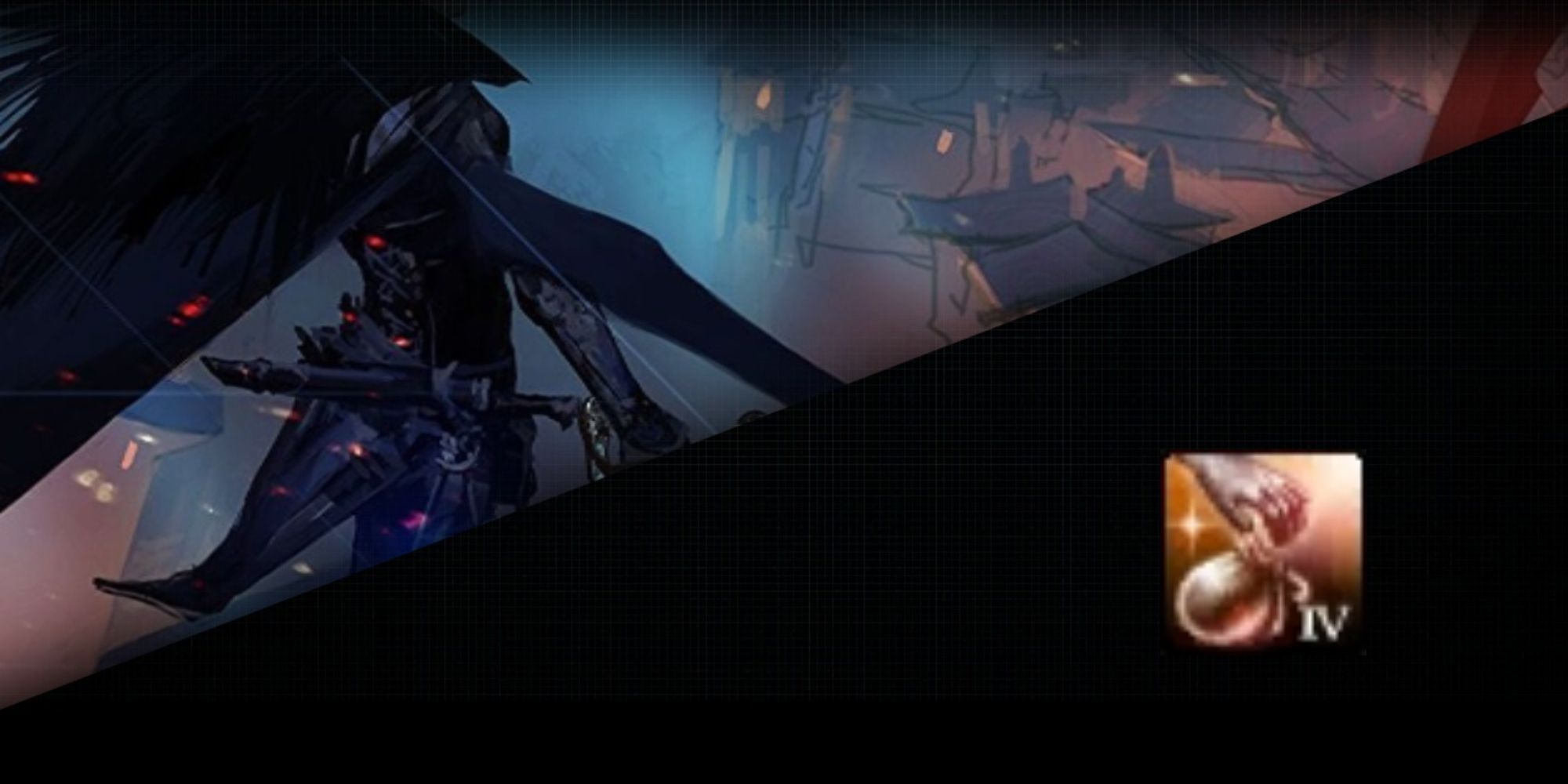 Stealing, like Coercion, is a skill available for all classes. However, picking pockets doesn't make you feel half as guilty when you're a rogue. In fact, it feels like it'd be a crime to waltz around the streets and not pilfer a wallet or two. And just like Coercion, enabling your rogue talents in Stealing, opens up side-quests and opportunities in dialogue, you'd otherwise be remiss of. Plenty of NPCs have coin waiting for you to snag, and at the highest level, shields and books and gear.

Money is hard to collect in Origins, and as a result, unless you dig your hands into the sordid, coming across large sums of coins to purchase materials and armor and weapons is even harder. Embrace the talent wholeheartedly. 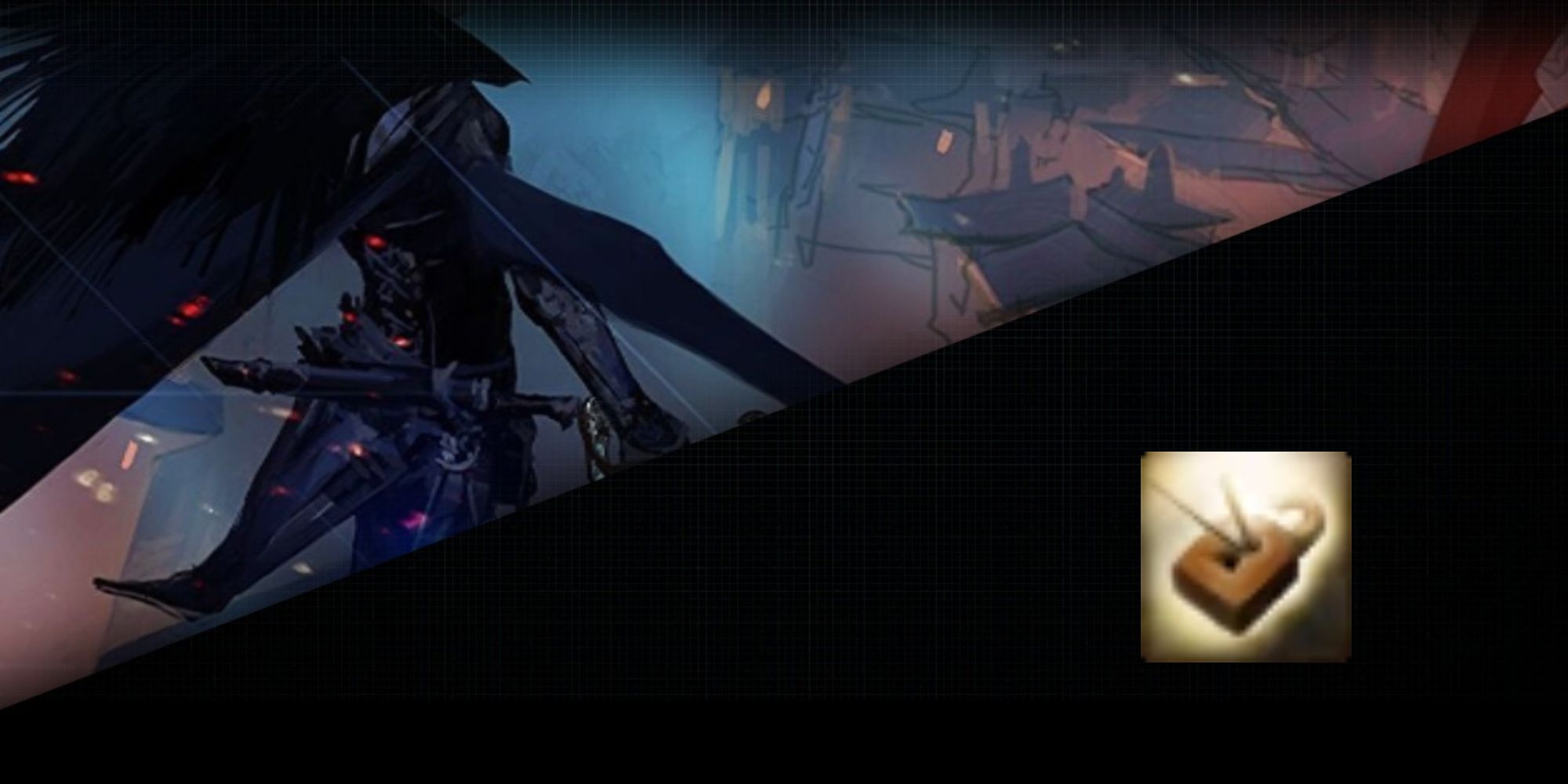 Deft Hands is a nifty set of talents to invest a point or two in. It's essential to lock-picking, noticing traps, disarming traps, and being able to craft traps. At its highest tier, you'll be able to sense dangerous traps that could potentially wipe out your party before you walk into them. While it might not be so useful in the later stages of the game as more battle-heavy abilities are relied upon, in the early game, and in a small scattering of side-quests, Deft Hands deftly comes in handy. You can even follow along with different dialogue branches once you have it unlocked.

Keep in mind, any rogue in your party can have the role of designated trap-maker passed onto them if you'd like to focus your personal skills elsewhere, but when it comes to sensing traps and warning you about them, Leliana and Zevran won't be giving you a shout-out. 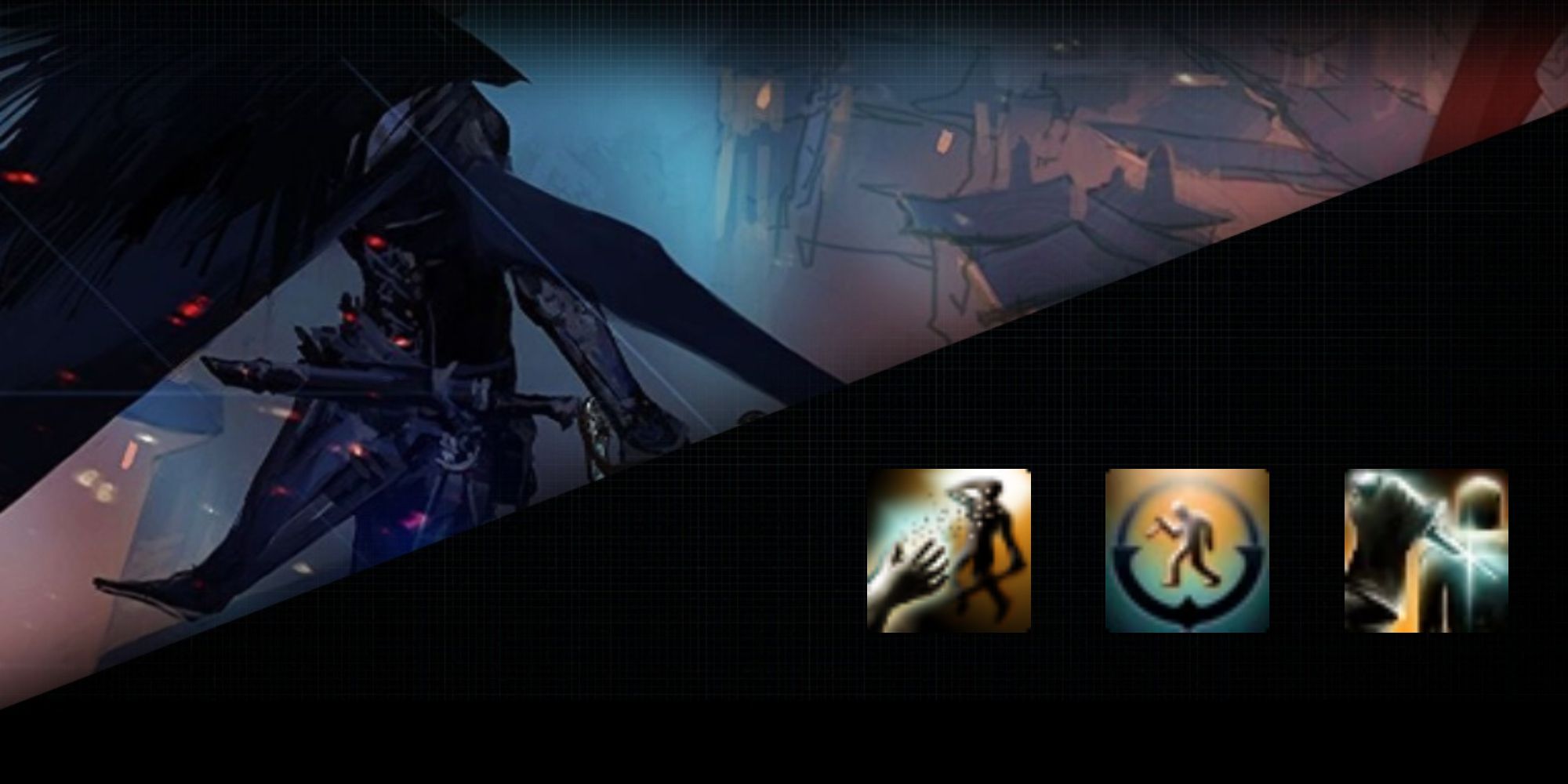 Dirty Fighting is excellent from early-game to late-game, no matter the foe. So long as it's not against a boss, enemies will be stunned for a short moment once the talent is cast. This brief second of pause forced on the opponent can be the difference between you falling – or them – as you stun them, and move to deliver a swift blow afterwards before they can recover.

Coup De Grace is a passive within the Dirty Fighting Tree that automatically transforms the swings of the rogue into vicious double-striking backstabs, dealing high damage at increased speed against enemies stunned, frozen, or paralyzed. It's a killer combo when paired with Dirty Fighting or when used together with incapacitating talents of your fellow warriors' sundered blows or mages' frost and earth skills at your side.

Combat Movement, meanwhile, gives the rogue a naturally wider berth of attack range. So when you're fighting an opponent at an angle, and manage to step just a bit off-beside them, the rogue will fall into backstabs until the enemy turns themselves properly back around to face you.

There's a last talent in the tree, Feigning Death. It's an activated talent, and while it can be useful in massive horde battles when you need to get the hostility of enemies off of you, it's often overshadowed and left locked or unequipped in favor of the rogue's large arsenal of weapon skills fit into the limited combat slots instead.

5 The Boot To The Knee 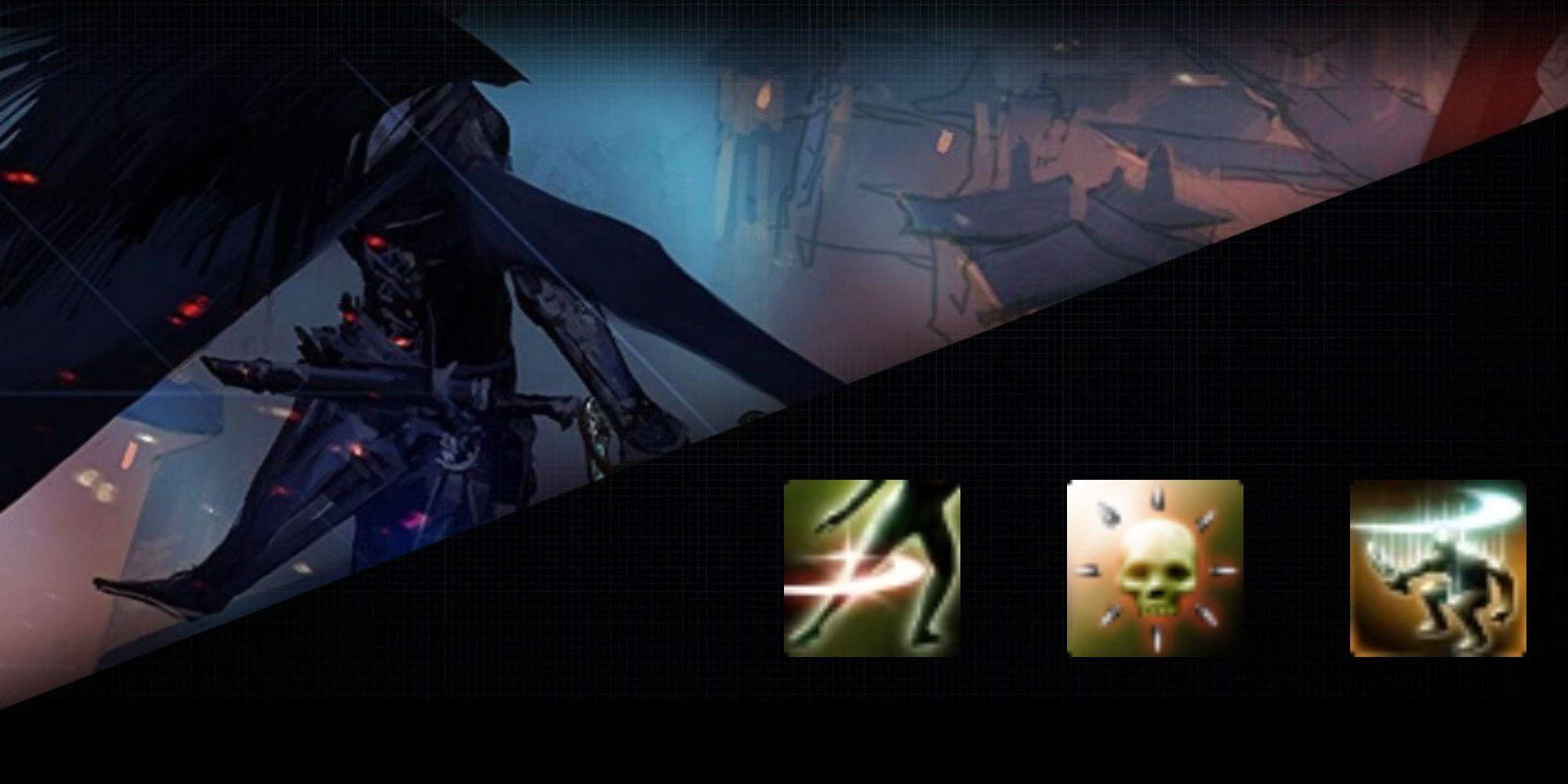 Below The Belt, with Dirty Fighting, is one of the most worthwhile talents a rogue can invest in. The abilities in this specific tree cripple, inflict critical damage, and pierce through the toughest armors on foes to break down their defenses. All the while, giving the rogue boosts in attack, evasion, and resilience against physical damage.

Below The Belt is often paired with Dirty Fighting for a stun-and-swift-kick combo, then further coupled with Coup De Grace in backstabbing the life out of the slowed-down, stunned foe for maximum assault. There's also something incredibly satisfying about the sheer force behind the rogue ditching the blades for a good, solid kick to the gut that can take out enemies when the swing of your blade is too slow and other weapon skills are in cooldown. 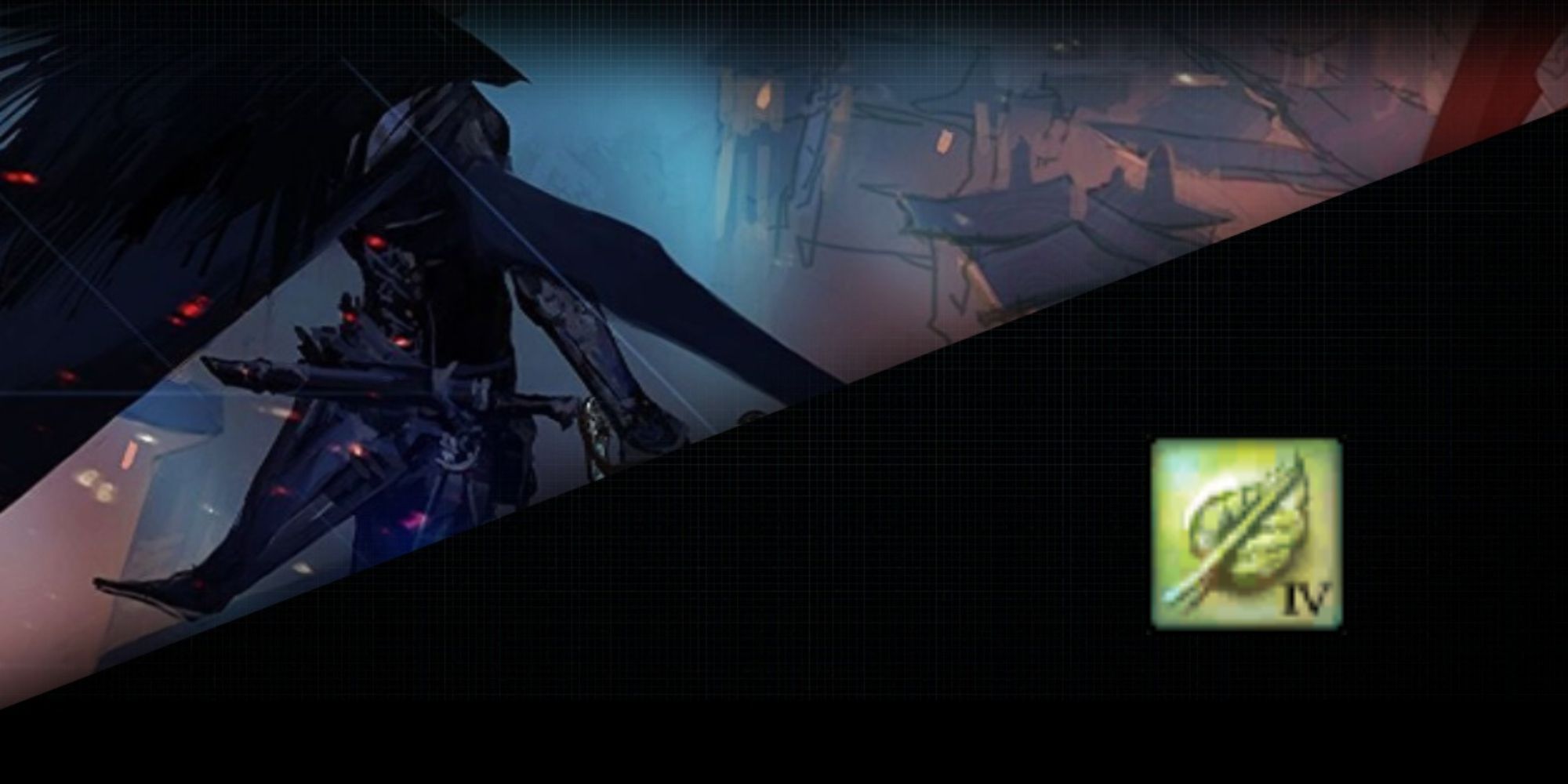 This might sound like a job better fit for the mages in your team, but a rogue that knows how to make a poultice is an incredible asset to the team – and, well, you. A rogue is a rogue, and that means they're squishy. Particularly in the later stages of Origins, as the difficulty in battles increases and when your mages with healing are downed, making potions on the fly can be a game-changer.

It also decreases the rogue's dependability on the survival of warriors and mages to protect them, propelling them towards more self-sufficiency. And just like the other general skills Origins has to offer, having points in Herbalism will let you follow through with dialogue-triggered quests you wouldn't be able to complete without this skill. 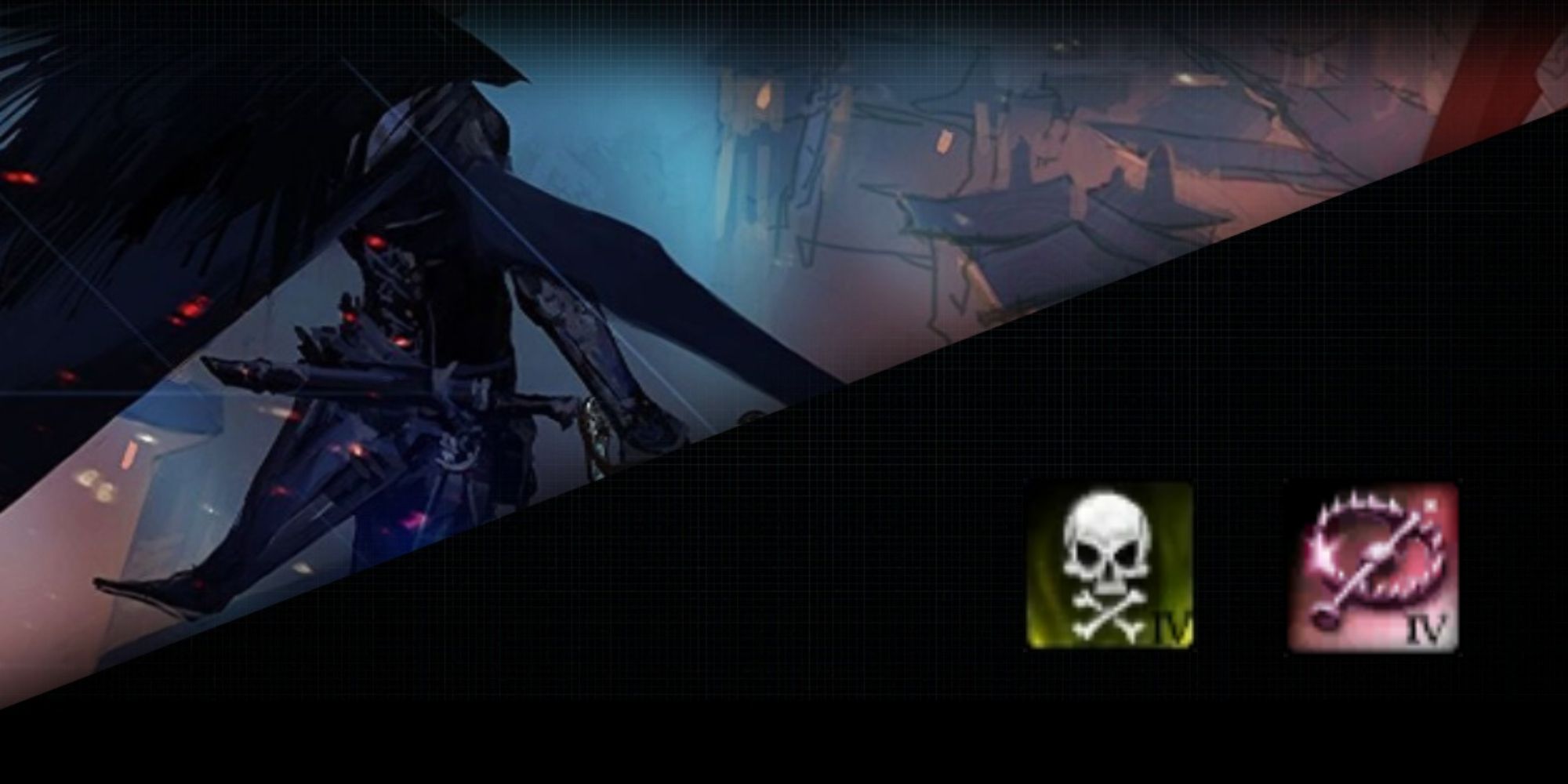 While a majority of bear traps and grenades might not be used so much in late gameplay, where weapon and specialization skills are given priority, in the beginning acts of Origins, Trap-Making and Poison-Making can definitely have a place in the build of your rogue. Specifically in the refugee-crowded village of Lothering. Just one tier unlocked in either Trap-Making or Poison-Making will lead the way to small, useful rewards for your character, thanks to the needs of NPCs.

Poison-Making is especially useful with its grenades in weakening the darkspawn and the beasts your party encounters when you find yourself lacking in armor, weapons, and stats. Likewise, setting up traps can strategically delay the enemy if you need to buy yourself more time. 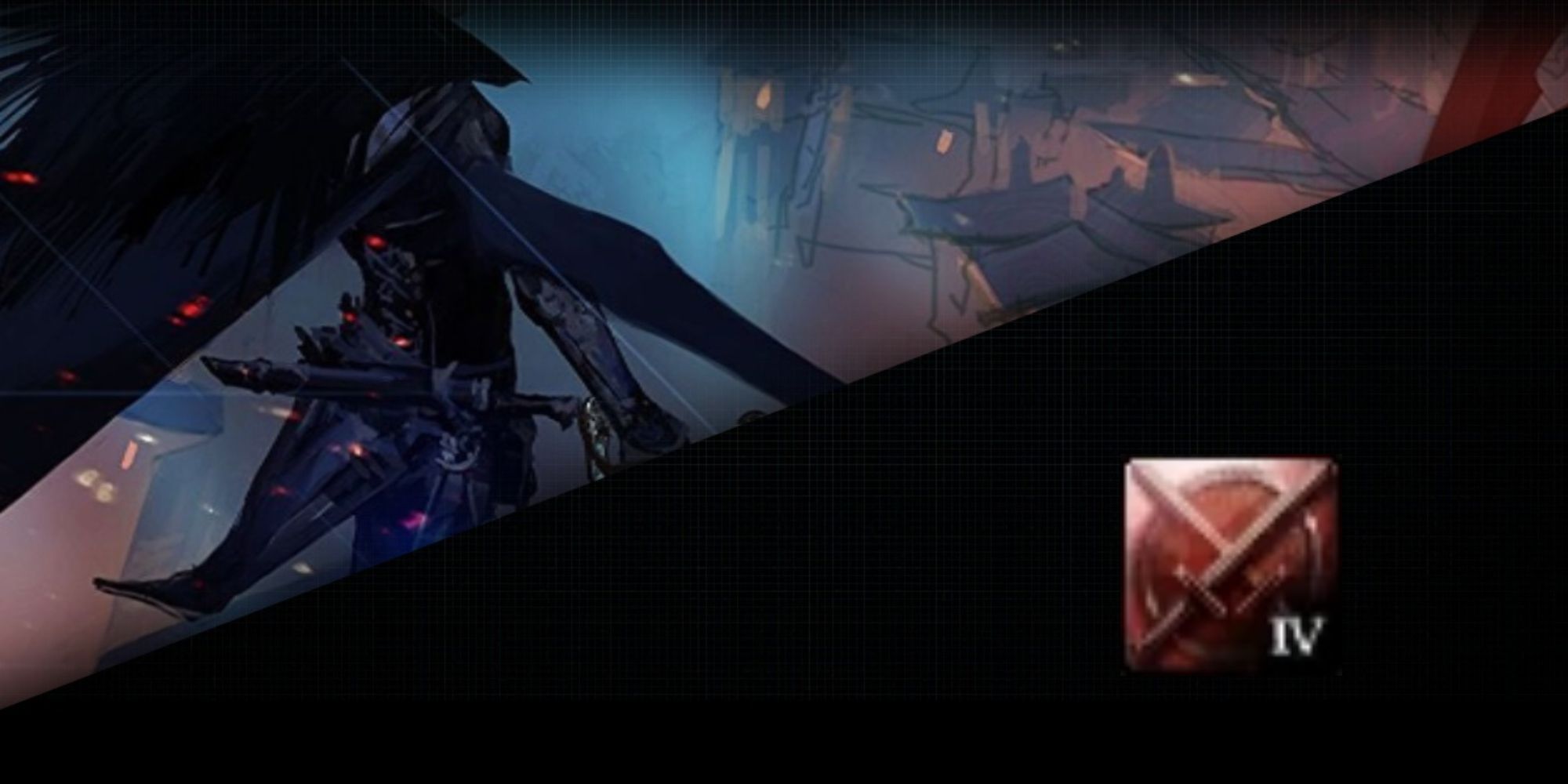 The rogue is as fearsome as the warrior when Combat Training Mastery is achieved. With bonuses to passives in attack, armor, and stamina added into their build, they are further able to unlock the highest-tier in the weapon talents of Dual Blades. Dual Blade Mastery allows the rogue to wield two full-sized swords, increasing damage output by a significant amount, holding more runes, and with better stats than a dagger can offer.

Notably, of the three classes in Origins, the rogue has not only the most diverse array of activated weapon talents, but the most extra points distributed to them in leveling up. Without a doubt, using those extra points to ascend the combat tree to its fourth tier is one of the most powerful choices you can make. 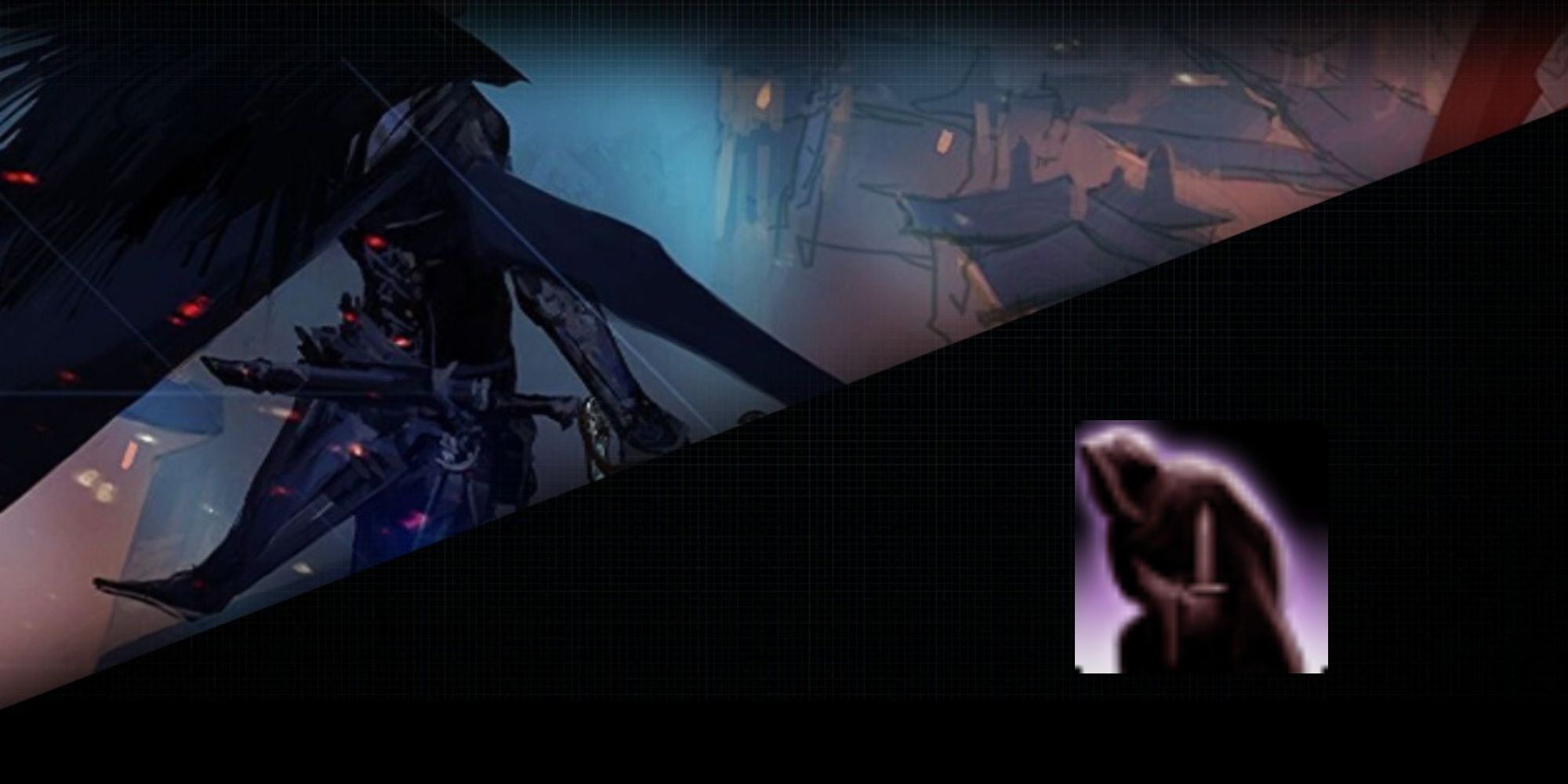 Stealth to the rogue, is what shadows are to ordinary humans. Something they can't exist without. In Origins, it's no different. The stealth in Origins, however, is quite unique in how it chooses to grant your rogue new abilities, and operates like this, according to the level tier you've unlocked:

The Stealth Tree truly does it all. An activated, sustained, yet passive ability that works in and out of combat? Used to double-down on critical attacks, slip out of enemy sight, and carry out missions? It's an absolute must-have for any Origins rogue!