Doom Eternal is the perfect game for your 9-year-old kid, says the game’s creative director.

Did it ever seem a little weird to you that you can depict pretty much the most depraved violence and gore imaginable in a video game, but swearing is still kinda taboo? Joe Rogan thinks so, and he puts it right out there in his recent interview with Doom Eternal game director Hugo Martin.

In a recent episode of Rogan’s podcast, he sat down with Martin to discuss the finer points of Doom Eternal and whether or not it’s an okay game for kids to play. Surprisingly, Martin seems to think that Doom Eternal is a fine kids game despite its graphic portrayal of literally slicing a demon in half. 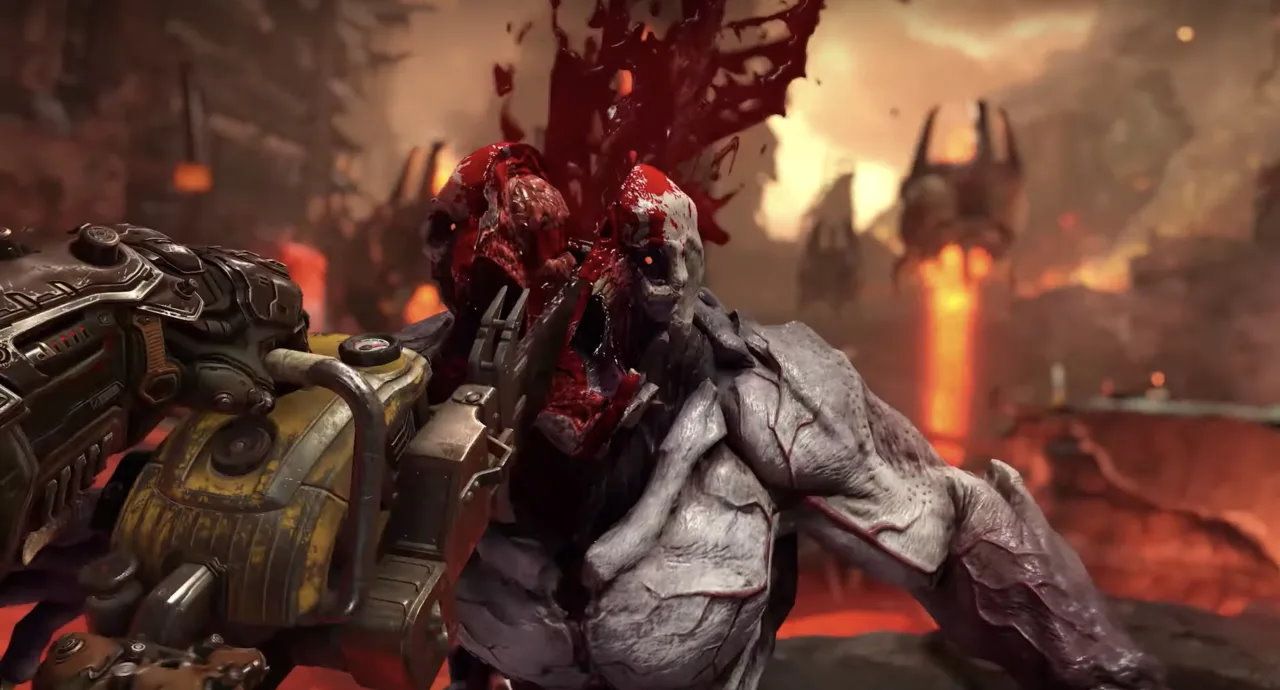 “It’s the most violent thing I’ve ever seen in my life,” Rogan began, “but it seems like it’s okay because it’s violence against demons.”

“Yeah, totally!” Martin agreed and then started to rationalize his opinion maybe a little too hard. “And we work hard on that. I have three kids; there’s no cursing, there’s no sex. I do want it to be something that my 9-year-old could play.”

Really? Slicing demons in half and mounting their heads on a pole is suitable content for a 9-year-old? Okay then.

Martin might seem to think Doom Eternal is good, wholesome, family fun, but the ESRB has Doom Eternal rated at M for Mature. That means they don’t think it’s suitable for anyone under the age of 17 to play it due to “blood, gore, and intense violence.”

“Enemies emit large splatters of blood when injured and can be cut in half or decapitated by several types of weapons,” writes the rating board. “Combat is frenetic, highlighted by gunfire, gore, screams of pain, and explosions. Some cutscenes depict enemy characters being decapitated at close range; camera angles often linger on bloody neck stumps or severed heads.”

Then again, this is the generation that probably grew up thinking Game of Thrones is fine for all ages.