During a battle in Disney's Twisted-Wonderland, up to two characters from your party of five can fight at a time. If one of these characters provides a Buddy Bonus to the other, they can give a boost to Power or HP. Finding a team that works well together can turn the tide of combat.

Not every student at Night Raven College gets along well with their peers. We've combed through every SR and SSR card in the English version of the game to find out which characters are best at supporting their classmates and which ones prefer to go it alone. 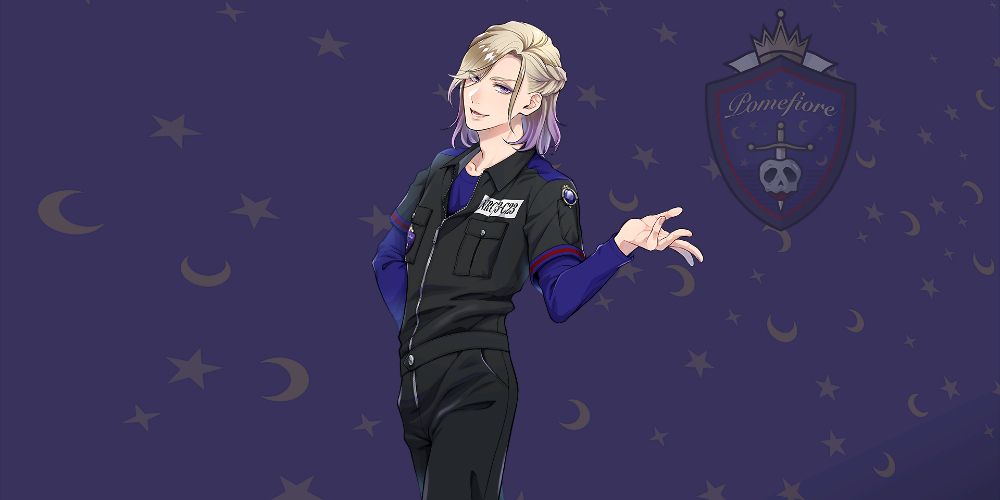 The looks-obsessed Housewarden of Pomefiore knows how to garner appreciation from his fellows. The number of Buddy pairings he offers is on the high side of average, but they generally provide larger boosts.

He's also notable for providing a minor attack increase to Leona's SSR Dorm Uniform which is already the second-most powerful attacker in the game. Vil doesn't fit in every lineup, but be on the lookout for opportunities to put him to use. 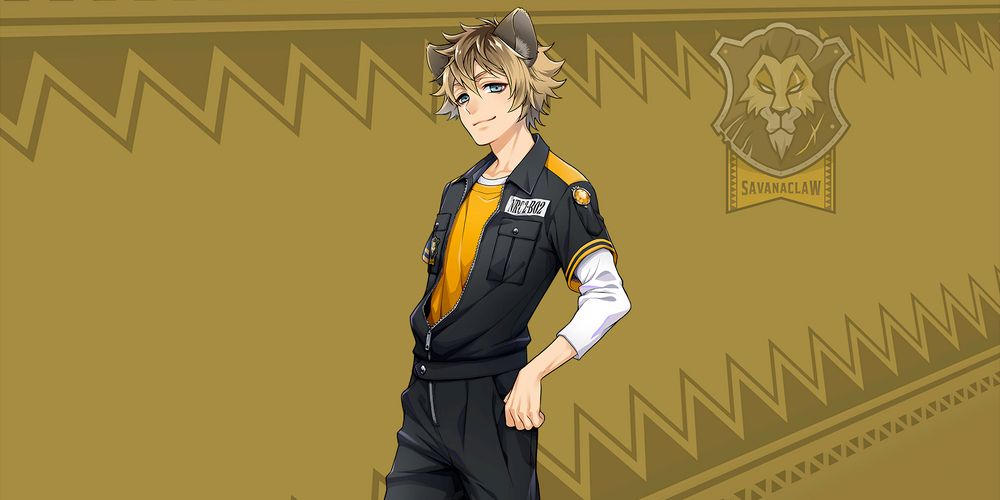 Ruggie has the fewest Buddy pairings on this list with only five, but he makes up for the lack of quantity with sheer quality. Each and every one of Ruggie's SR and SSR Buddy Bonuses grants the recipient the highest possible stat boost, whether it's for Power or HP.

If you're bringing a high-level card that benefits from having Ruggie around (SSR Jack comes to mind), it's absolutely worth having this hungry helper on your team. 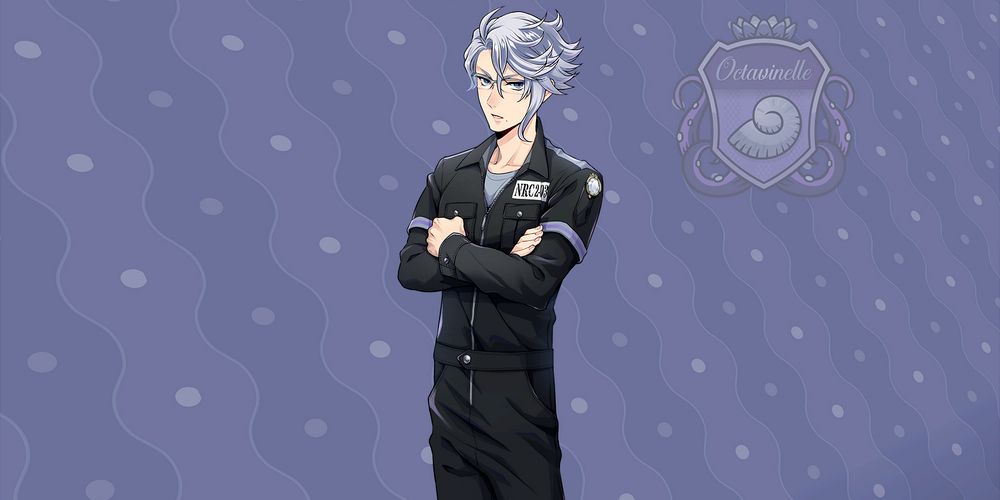 While his Octavinelle classmates are best kept at a safe distance, Azul is more than willing to aid his fellow students… for a price, of course.

Azul is notable for providing his Buddy Bonus to some quality cards, including Ruggie (Dorm Uniform), Vil (Labwear), and Jamil (Labwear), lending his talents to HP-focused builds. For maximum effect, send him into battle in his SR Ceremonial Robes which boast potent attack power. 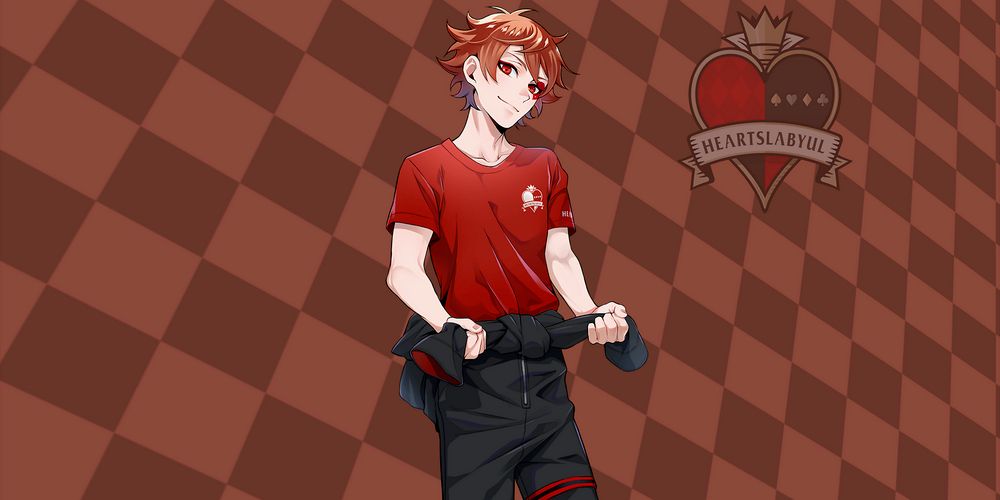 Ace is a fairly strong combatant, and the fact that he's the first character you encounter means he is likely to show up in most players' lineups at least occasionally. His natural strengths are compounded by his versatility, as he has plenty of Buddy pairings to offer.

Epel (Ceremonial Robes) in particular stands to gain from having Ace on his team. Donning the purple and black makes Epel a top-ten attacker, and fighting alongside Ace causes his Power to increase further. 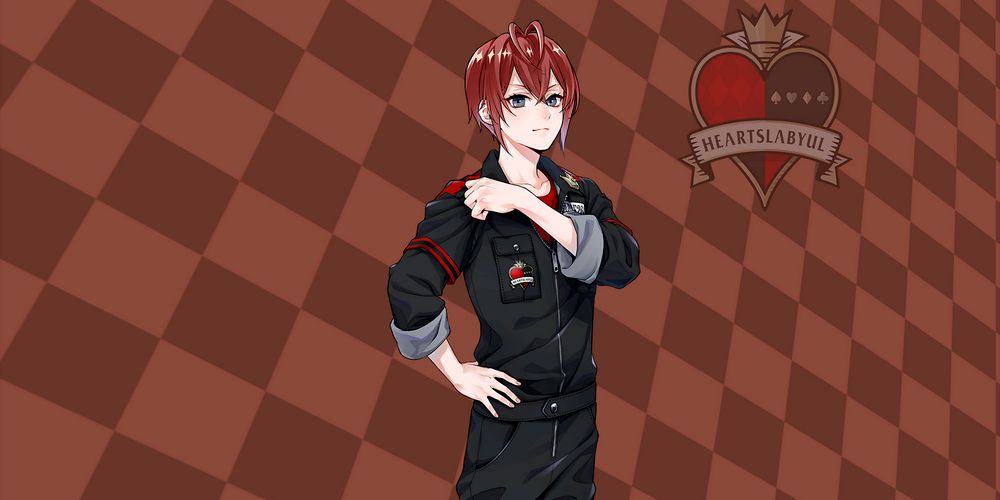 Riddle may be kind of a jerk, but he takes leadership very seriously. He offers a decent six Buddy pairings at SR and SSR, which is excellent for a character as powerful as him. Currently, Riddle's SSR Dorm Uniform offers the highest attack power in the game.

His other outfits are solid too, so chances are if you have Riddle cards available you're going to use them. The fact that he synergizes so easily with other students makes that decision all the easier. 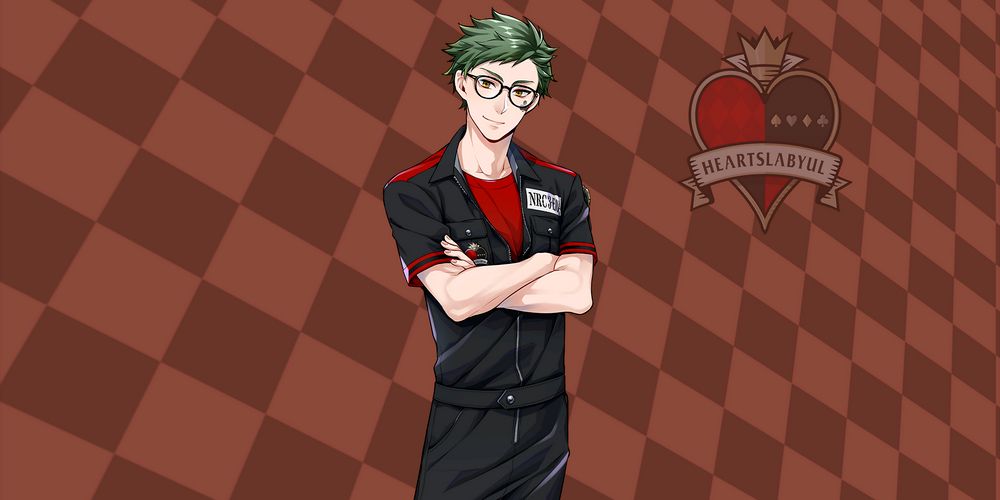 Trey doesn't hit as hard as Riddle, but he can still dole out respectable damage while boasting a huge pool of HP. In fact, his SSR Dorm Uniform has the highest HP in the English version and fits into any lineup. He offers plenty of Buddy Bonuses as well, and like Ruggie, all of his SR and SSR supports get the largest benefit possible. Even better, all but one of his Buddy Bonuses increases HP, securing Trey's spot as Night Raven College's premier protector. 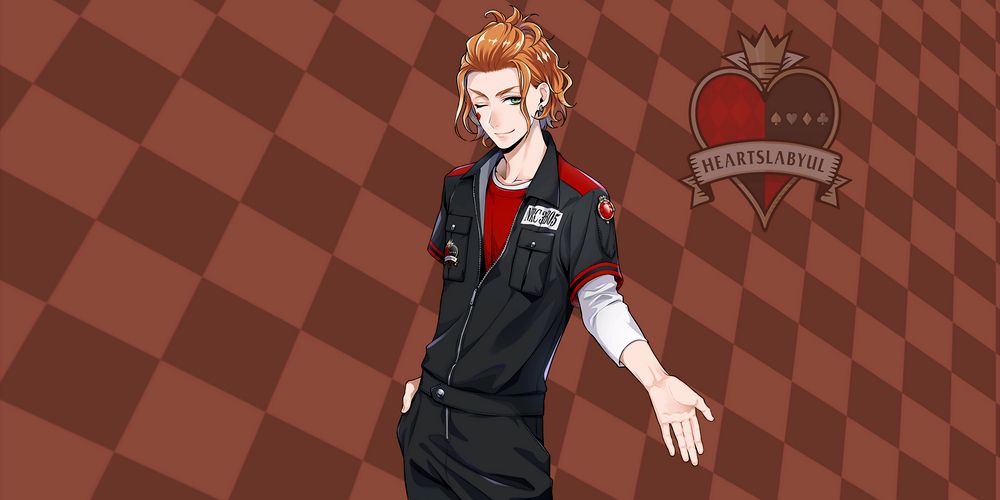 It should come as no surprise that the campus' social media guru would be adept and making friends. Cater ties for the second-most support pairings available at SR and SSR with seven.

These include both Riddle and Ace's SSR Dorm Uniforms, allowing him to increase their already-formidable Power. If you're running either of these Heartslabyul heavy hitters, be sure to bring Cater along to pump them up (and take a victory selfie afterward). 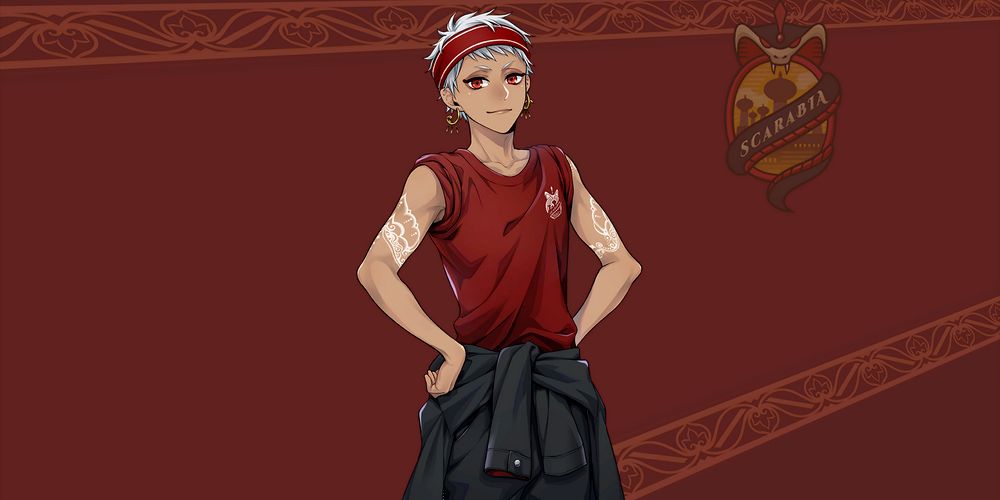 Kalim might put his foot in his mouth every once in a while, but his earnestness and desire to help others make him a perfect companion. He has just as many Buddy options as Cater, including buffs in the top tier of both Power and HP-focused cards (Ceremonial Robes Jamil and Floyd, respectively).

Even better, Kalim's Labwear outfit has the second-highest HP of any SR and the fourth-highest overall, making it a tank option that fits well into any lineup. For a great three-way support triangle, run Kalim (Labwear) with Ruggie (Dorm Uniform) and Jack (Ceremonial Robes). 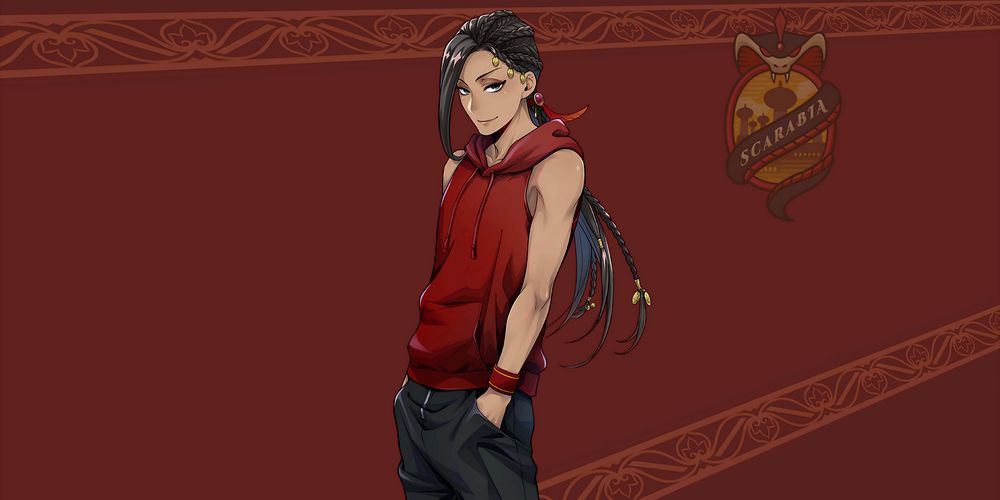 Jamil's family has loyally served royalty for generations, a tradition he continues by supporting Kalim at Night Raven College. A master at being useful while staying out of the limelight himself, Jamil has more Buddy pairings at SR and SSR than any other student save Jack, with whom he is tied at eight.

The majority of Jamil's Buddy Bonuses increase the recipient's Power, making him an asset to an offense-focused team. He can also do plenty of damage himself in his SR Ceremonial Robes, especially when he stands side-by-side with his liege Kalim. 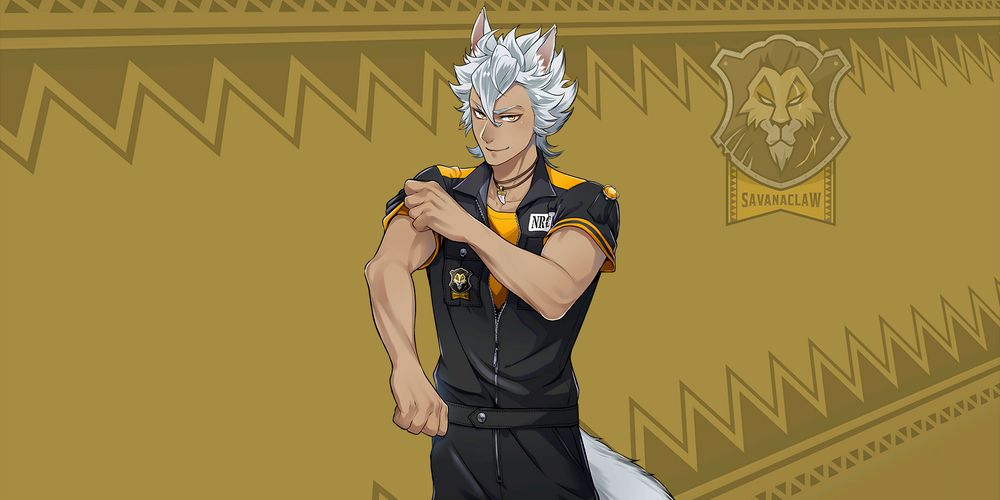 Jack's sense of justice leads him to help others where his Savanaclaw classmates might look the other way. He's tied with Jamil for the most SR and SSR pairings with a whopping eight. Many of these are HP buffs to cards with already-absurd durability, including the aforementioned Kalim (Labwear). Most of Jack's outfits are offense-oriented, making his defensive supports a particularly potent one-two punch.