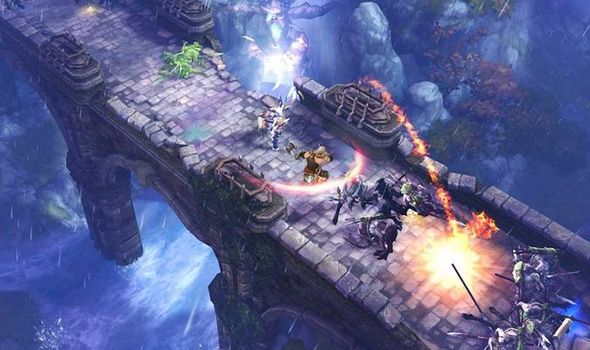 Diablo 3 Season 24 looks set to be a special one for long-term fans, with powerful new items and challenges launching this week as part of the big update.

D3: Season 24 is kicking off for gamers on PC, PS4, Xbox One, PC and Nintendo Switch around the same time, but there could be start time differences depending on what platform you are using.

The Season of Ethereal Memories includes new rewards and Legendary Items to collect, as well as Powerful new weapons to wield.

As confirmed by Blizzard in the official patch notes, Ethereals are a new weapon-type that players will be able to acquire and hunt for as part of their seasonal journey. Originally featured in Diablo 2, there will be 21 iconic weapons making a return to get players ready for the Resurrected release in September.

And with these new weapons being hyped as being the weapon to wield during Season 24, there is a lot of interest in finding out when everything will begin.

The Diablo 3 Season 24 start date has been set for Friday, July 23, 2021, with an official launch schedule shared by the development team earlier this week.

This includes the Season 24 release time, although console and PC players might have different wait times.

Previous seasons of Diablo 3 have launched on Battle.Net ahead of the PS4, Xbox One and Nintendo Switch versions outside of North America, and this could be the same thing that happens this week.

Diablo 3: Behind the scenes of bringing back the Necromancer

The development team has also revealed that Season 24 will start at 5pm for most Diablo fans.

However, Diablo 3 console gamers might have to wait a little longer, with Season 24 possibly launching at 1am BST on July 24.

This will depend on if Blizzard has connected the console launch with the North American PC release time.

Season 24 will likely last at least three months, possibly ending near the end of October 2021, across PS4, Xbox One, PC and Nintendo Switch platforms.

Ethereal Weapons and items will be the main focus of the Season Journey, with Blizzard also opting to bring back rewards from older seasons.

For Season 24, this means awards originally available from Season 12 are returning. In addition to the Chest and Gloves slots of the exclusive Conqueror Set, portraits themed around the High Heavens will be available.

Diablo fans will also be able to relive Ethereal Memory by completing the Season 24 Guardian Journey to earn the Terror Resurrected Portrait and the Lesser Mummy Pet.

Meanwhile, the Season Journey will also include the following class sets as part of Haedrig’s Gifts:

Completing Chapters 2, 3, and 4 of the Season Journey will reward you with three of Haedrig’s Gifts. These contain a few pieces from one of your Class Sets.