Seraph Towers are the newest public event in Destiny 2: Season of Worthy and play an important role in the central conflict of the season. In order to stop The Almighty from destroying Earth, Rasputin has tasked us with restoring power to the abandoned bunkers spread across the galaxy. To do so, we’ll need to power them up by completing Seraph Tower public events.

How To Complete The Seraph Tower Public Event 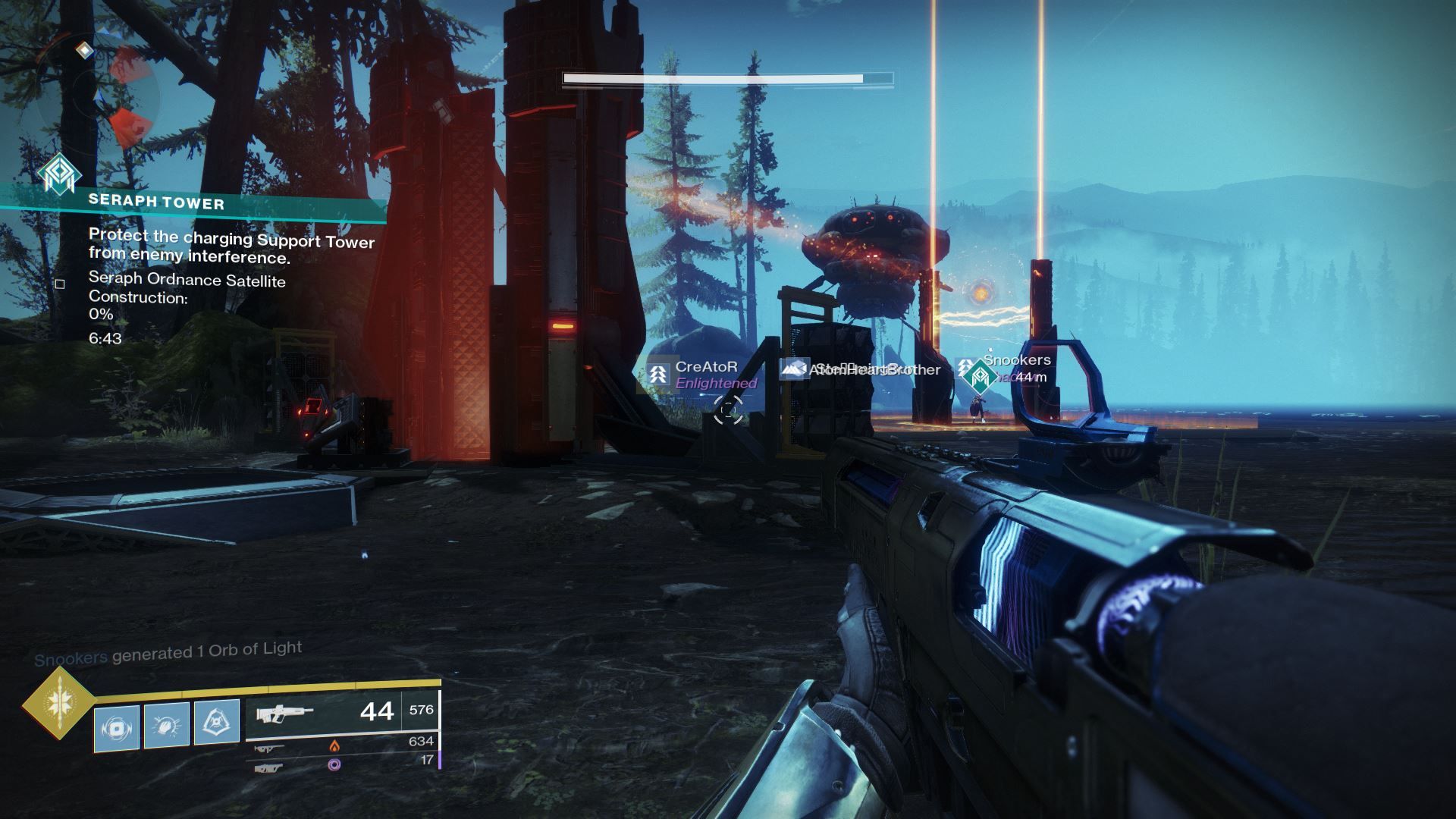 The Support towers will activate one at a time and a triangle-shaped area will be highlighted around the tower in orange. As soon as a support tower activates, stand in the highlighted area and kill everything that tries to get in. If any enemies are inside that triangle, it will turn red and your progress will be delayed. Keeping the triangles clear of enemies if the hardest and most important part of powering up the Seraph tower.

If you manage to keep the area cleared of all enemies for a sufficient amount of time, the support tower will eject 6-10 red energy orbs onto the ground. Everyone needs to immediately grab an orb and throw it at the large red orb floating above the support tower.

Every time the large orb above the tower gets hit with a small orb, it will move towards the Seraph Tower. Your goal is to hit it with enough orbs to drive it all the way to the tower. If you manage to drive the orb all the way in, you’ll receive about 14% progress on the activity and the next tower will activate. Immediately rush towards the next support tower and repeat the process by defending the triangle until the tower drops orbs, then throw the orbs at the overhead orb until it moves into the Seraph Tower. It may take several rounds of orbs to get the big orb all the way in. 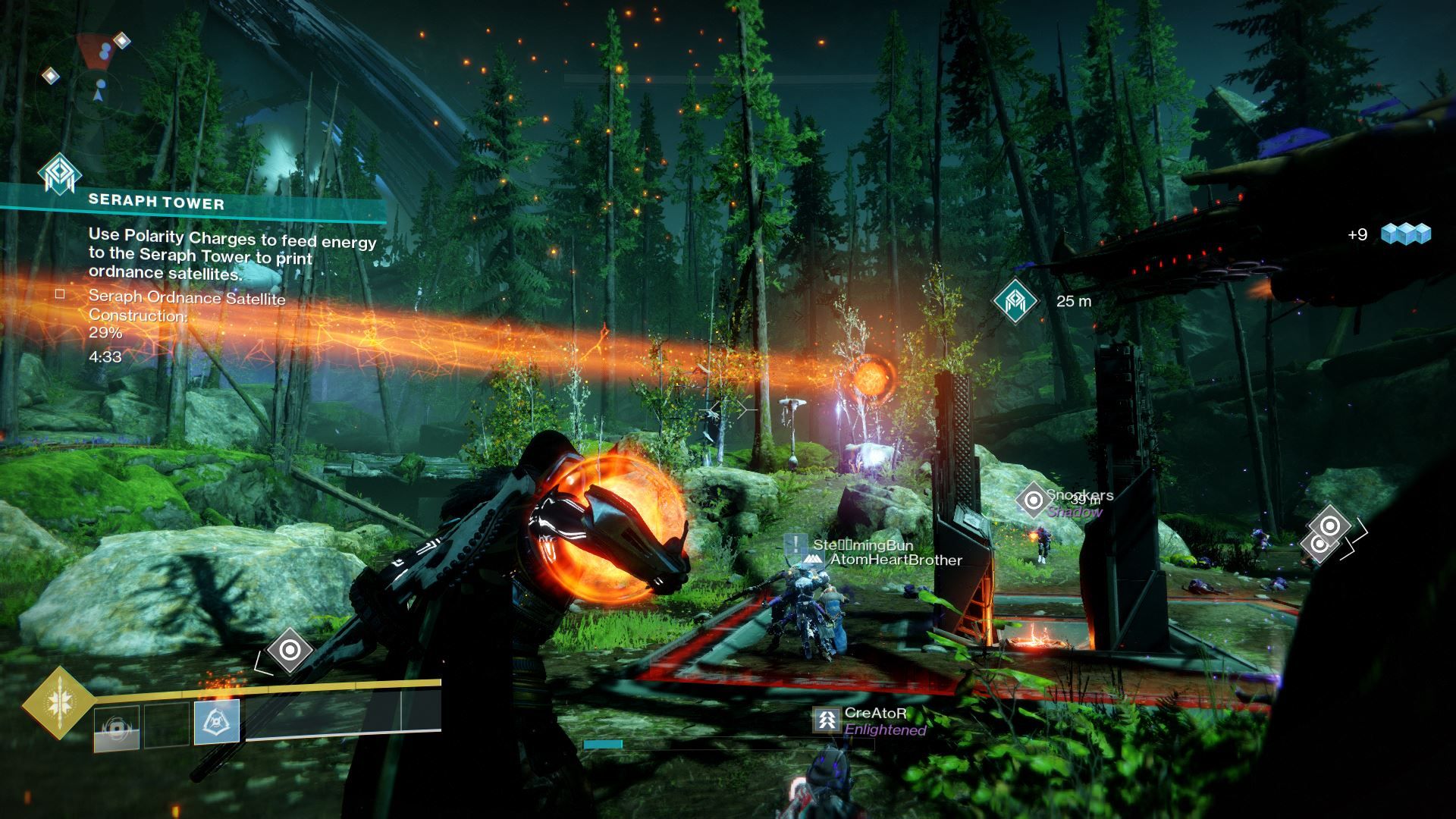 It takes about 6 rounds to get to 100%. Once you do, the clock will reset and you’ll have 90 seconds to kill 2 medium-sized servitors that spawn nearby. The servitors are shielded and can go immune if there are other enemies nearby. Kill all of the rank-and-file enemies you see and then burn the servitors. If one goes immune, focus on the other.

If a support tower isn’t cleared of enemies fast enough, there’s a chance that Ana will shut the tower down before the overhead orb can make it to the Seraph Tower. In this event, you won’t make any progress and the next tower will activate. For this reason, it’s crucial to keep the support towers clear of enemies. 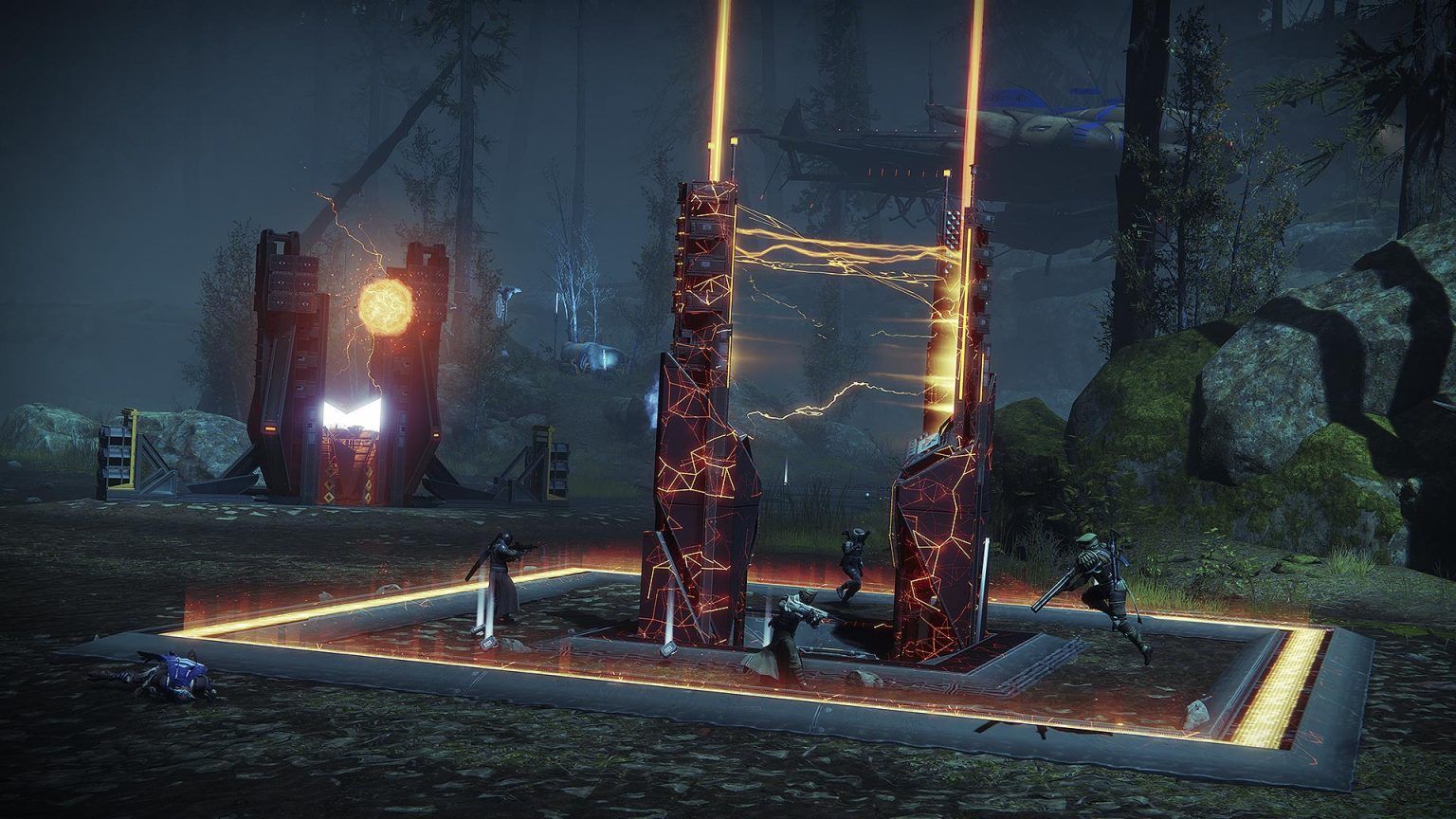 If you fail to reach 100% before time expires, Ana will announce there is too much hostile activity to continue and the public event will end. There will still be a reward cache available with 4 Warmind Bits inside.

What Are The Rewards For Completing The Seraph Tower Public Event? 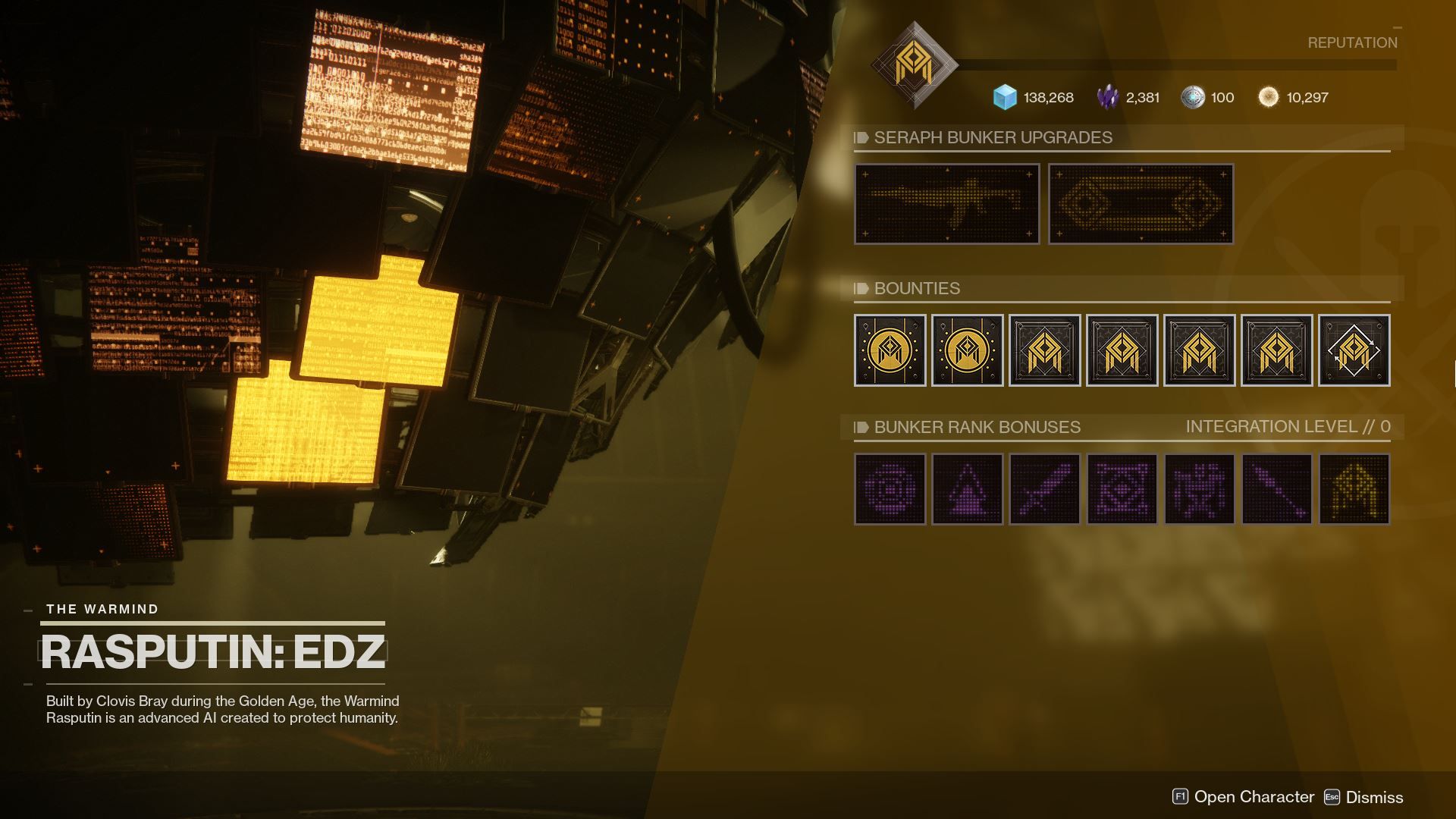 Completing Seraph Bunker bounties has a chance to reward cache codes. These codes can be used to open an additional chest at the end of either the Seraph Tower public event or a Legendary Lost Sector. The Legendary Lost Sector has a recommended power level of 1000, so at the beginning of the season it’s unlikely that you’ll be able to complete them, so it’s best to use these cache codes for the public event.

There are also Seraph Tower upgrades that can be purchased to increase your rewards from public events.

–Treat The Support Towers Like Capture Zones. Even though you don’t need to stand in them, standing inside them makes them easier to defend.

–When a new tower activates, go to it immediately. Don’t worry about cleaning up bad guys, they’ll come to you. When you see a tower light up, start defending it as soon as you can.

–Focus On Elites. The enemies in this public event are incredibly tanky. Everyone in the event needs to focus fire on the elites to stop them from standing in at the support tower and ruining your progress.

–Buy The Right Bunker Upgrades. The first bunker upgrade should always be the upgrade that makes upgrades cheaper, but after that, focus on the upgrades that improve your payout from the Seraph Tower public event.