Home » News » Destiny 2: How To Earn The Reaper Title

Destiny 2: How To Earn The Reaper Title

Destiny 2's Season of the Haunted brought with it three titles for players to earn. Iron Lord, Discerptor, and Reaper all give PvE and PvP players something to chase. For more casual players that want a flashy title under their name, Reaper is one of the best titles you can earn currently.

Reaper is hands-down the easiest seasonal title you can earn, requiring no difficult Triumphs or RNG-heavy challenges. So long as you're willing to explore every inch of the Derelict Leviathan, this title can be yours. Let's go over all ten Triumphs tied to Reaper and how best to complete them. 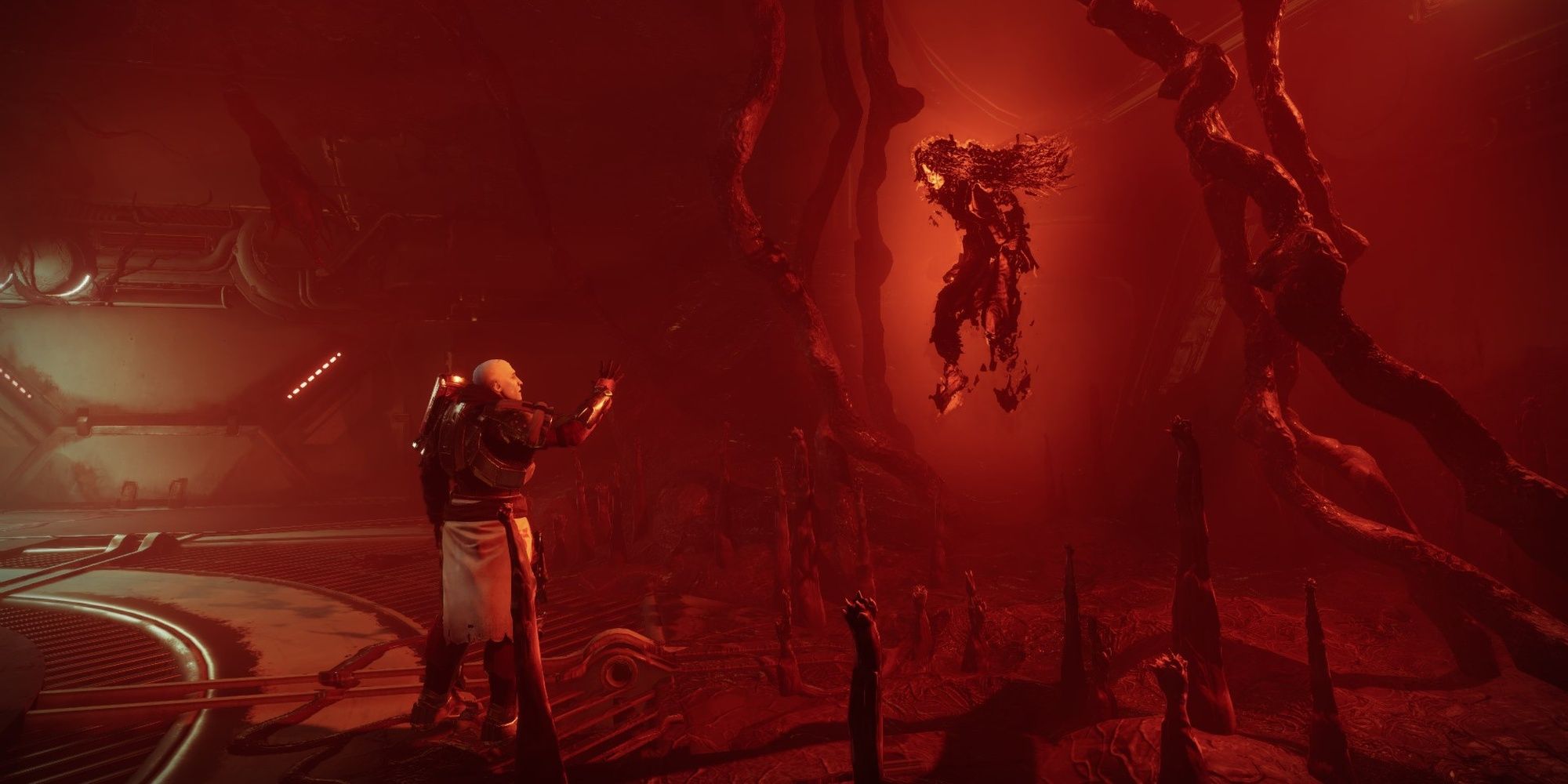 Bound in Sorrow is this season's quest line. You'll receive this quest after completing Season of the Haunted's introductory mission. This quest is divided into seven sections, one per week of the season. Since seven weeks have passed, you can complete the entire seasonal quest in one sitting. Each week asks you to complete Nightmare Containment tiers, obtain a Bound Essence item, and complete a Sever mission. 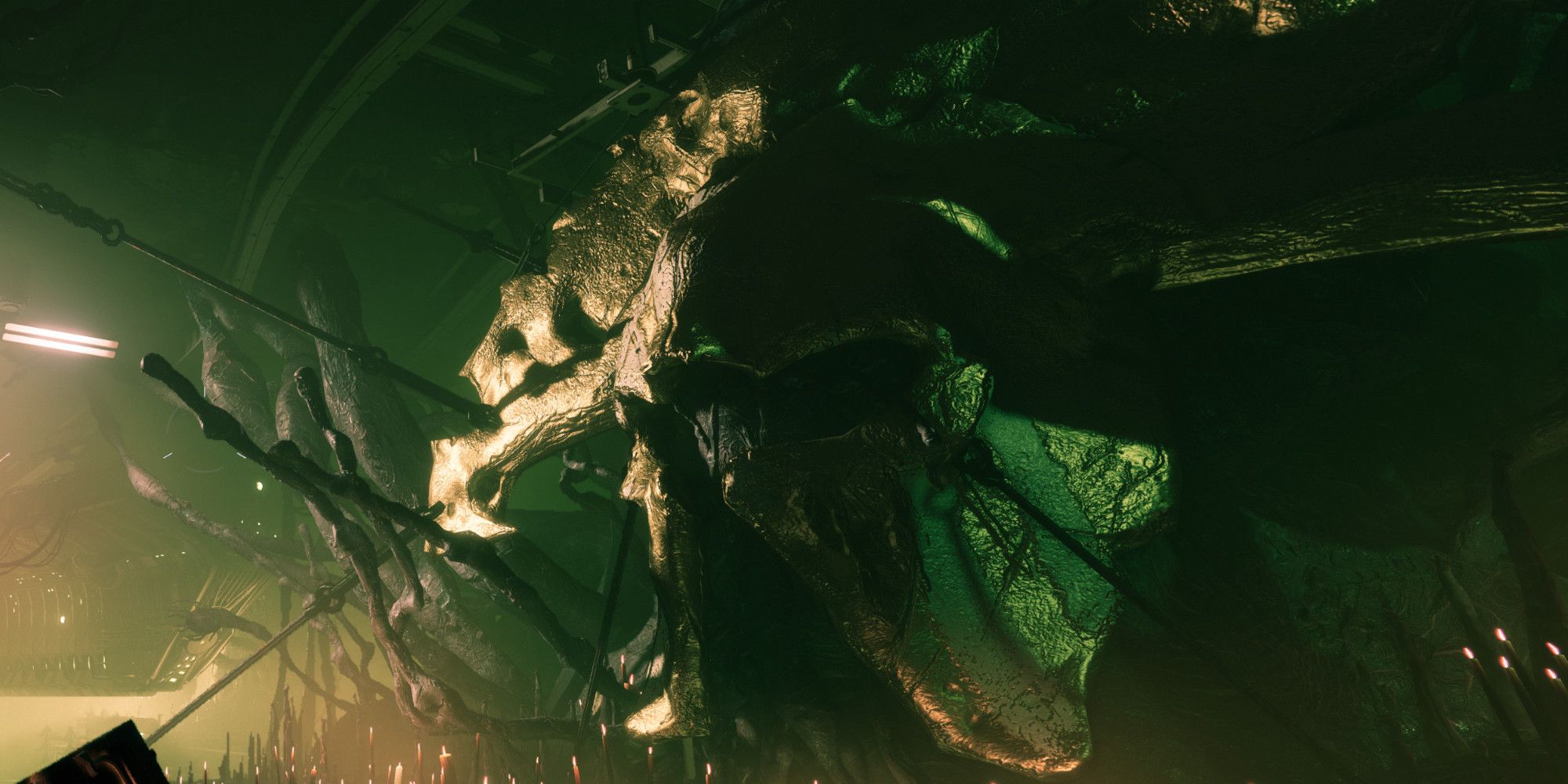 Vendor Upgrades Unlocked: Unlock all upgrades for the Crown of Sorrow.

The Crown of Sorrow has 18 upgrades in total, each requiring one Figment of Darkness to unlock. All 18 must be purchased to finish this Triumph, even the middle row that's arguably useless. Focus on getting the top and bottom rows unlocked first, then spend your remaining Figments on the middle row.

You can obtain Figments of Darkness from the following: 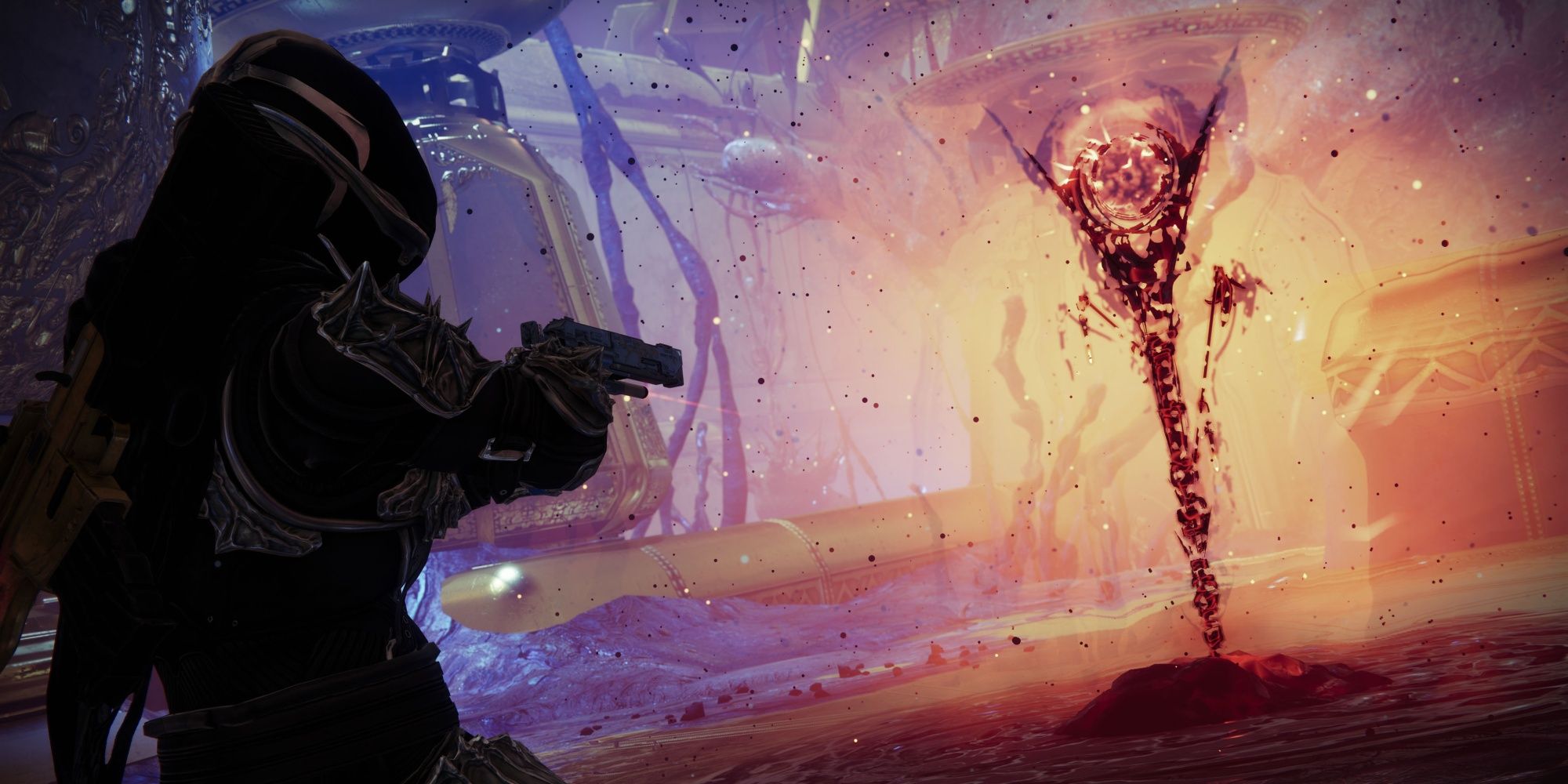 The bosses are as follows: 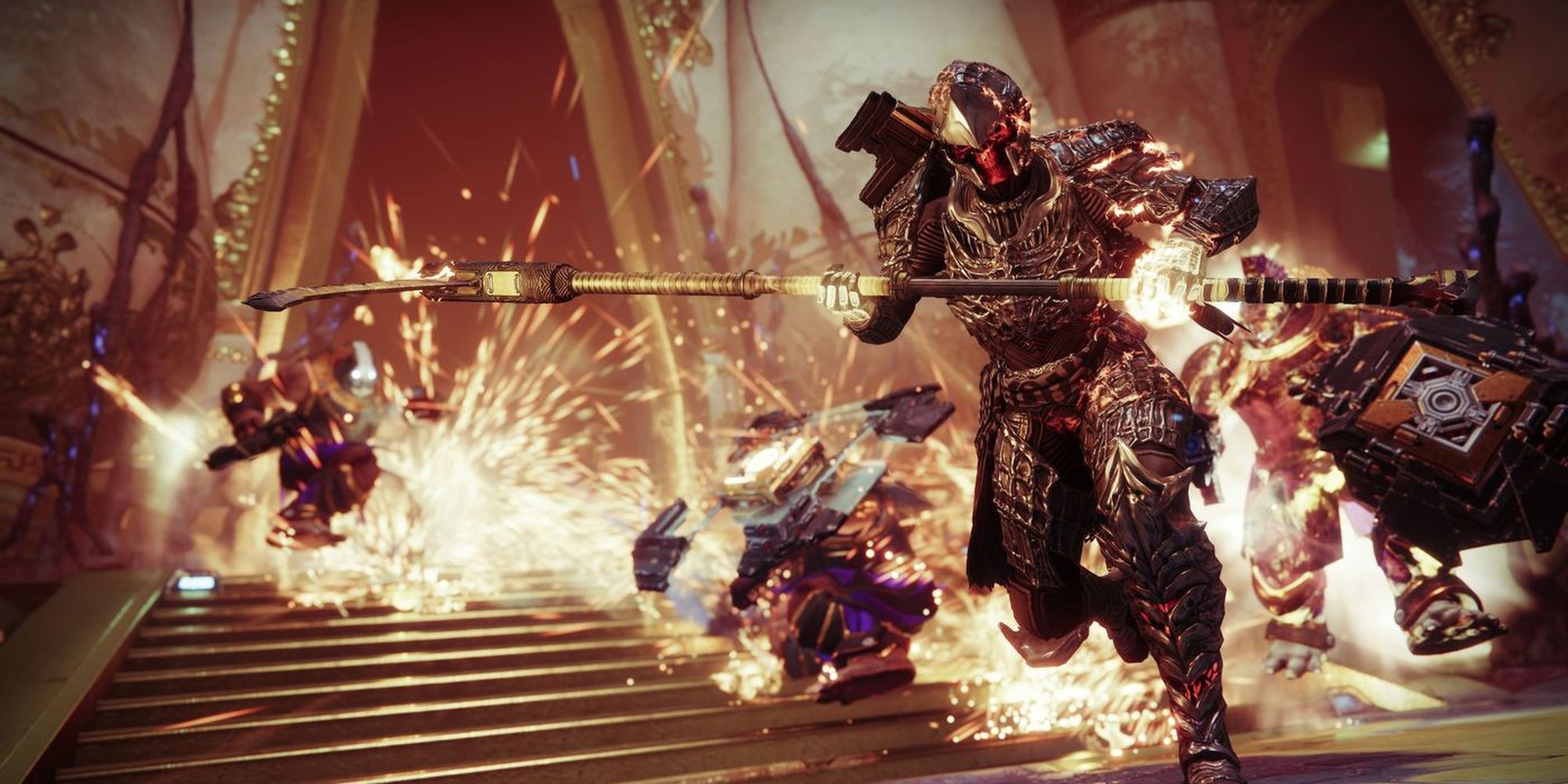 Upon completing a T3 Nightmare Containment run, you'll be able to spend 500 Vestiges of Dread to bind a Nightmare, granting you bonus loot. You'll need to bind Nightmares a total of 50 times to finish this Triumph, each Nightmare costing 500 Vestiges. There aren't many tips we can give beyond playing the activity. Remember to take breaks, and consider relaunching the activity from orbit after each clear; there's a chance you'll enter a lobby that's already on T3, saving you a few minutes. 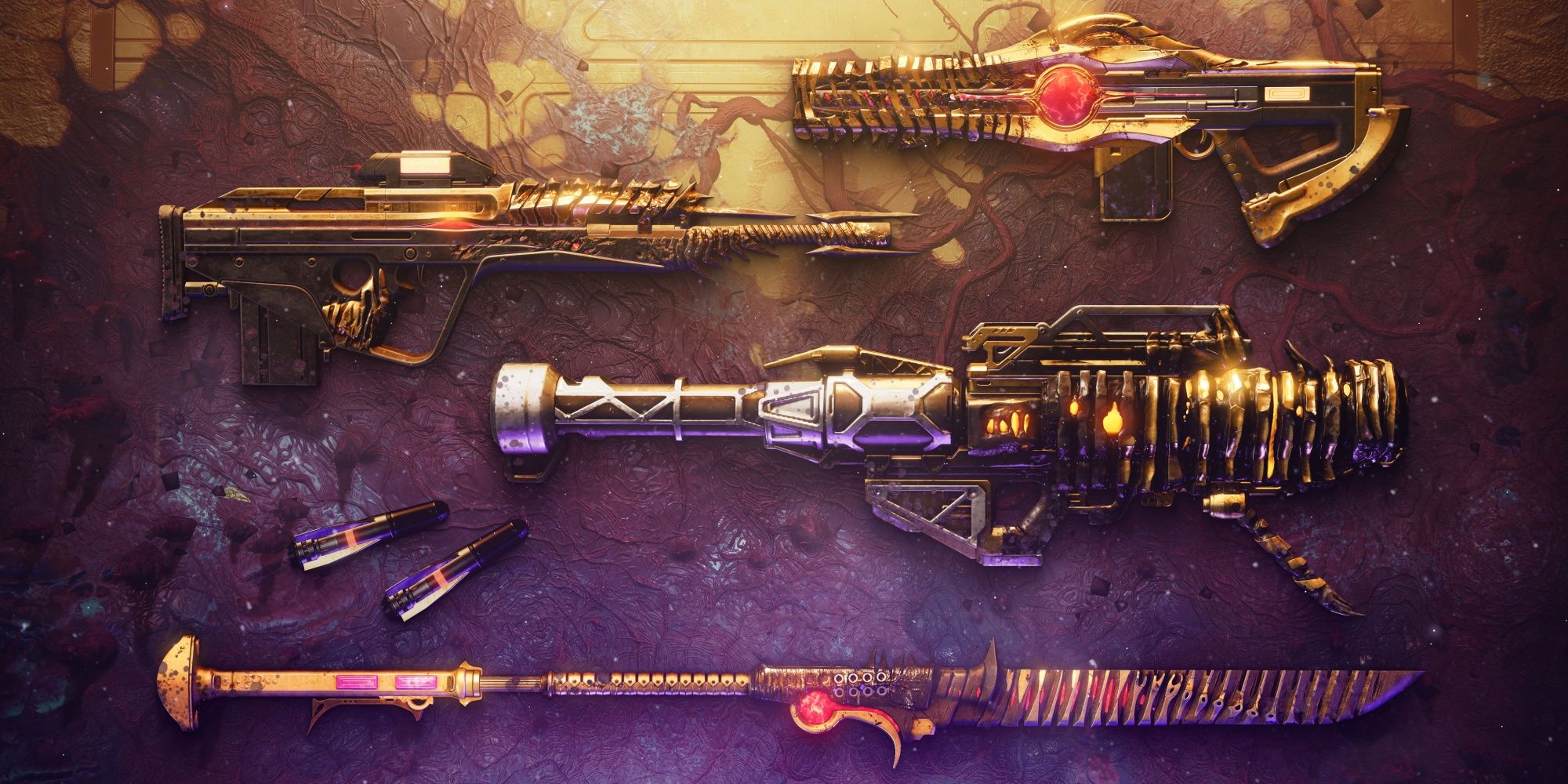 You'll need to defeat 400 enemies with weapons introduced in Season of the Haunted. This does not include Opulent or Duality weapons. Malicious Haunt is referring to weapons earned from Nightmare Containment and Sever. The following weapons count for this Triumph: 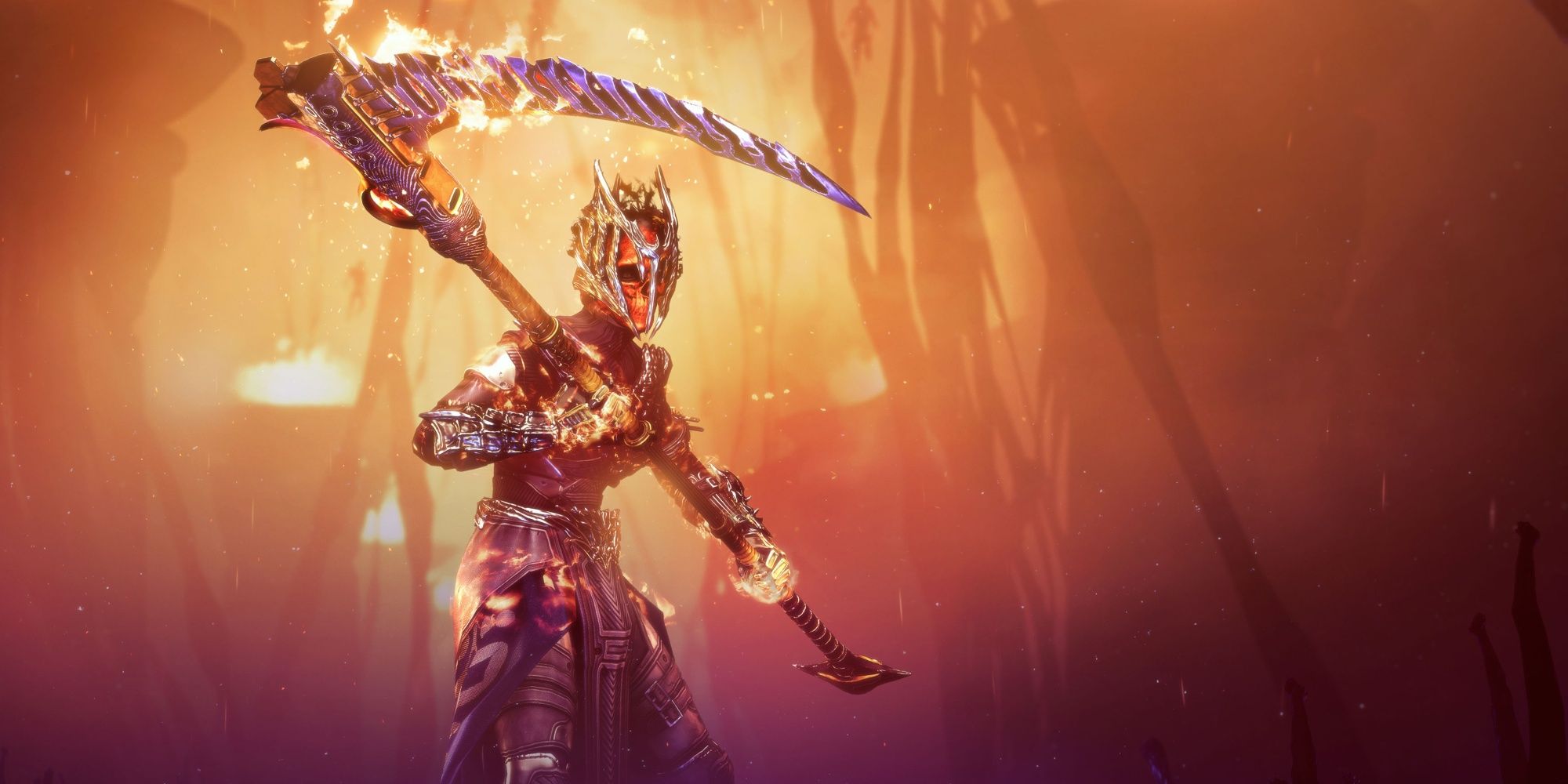 Reaper's Blade: Defeat combatants on the Derelict Leviathan with the Scythe.

The Scythe is an artifact weapon you can find upon depositing an orb during the Nightmare Containment event. It also spawns during certain Sever missions. You'll need to defeat 500 enemies with this Scythe to finish Reaper's Blade. Thankfully, this weapon is quite powerful and can Ignite targets, so getting 500 kills with this weapon should be quite easy. Just remember to use the Scythe whenever it spawns. 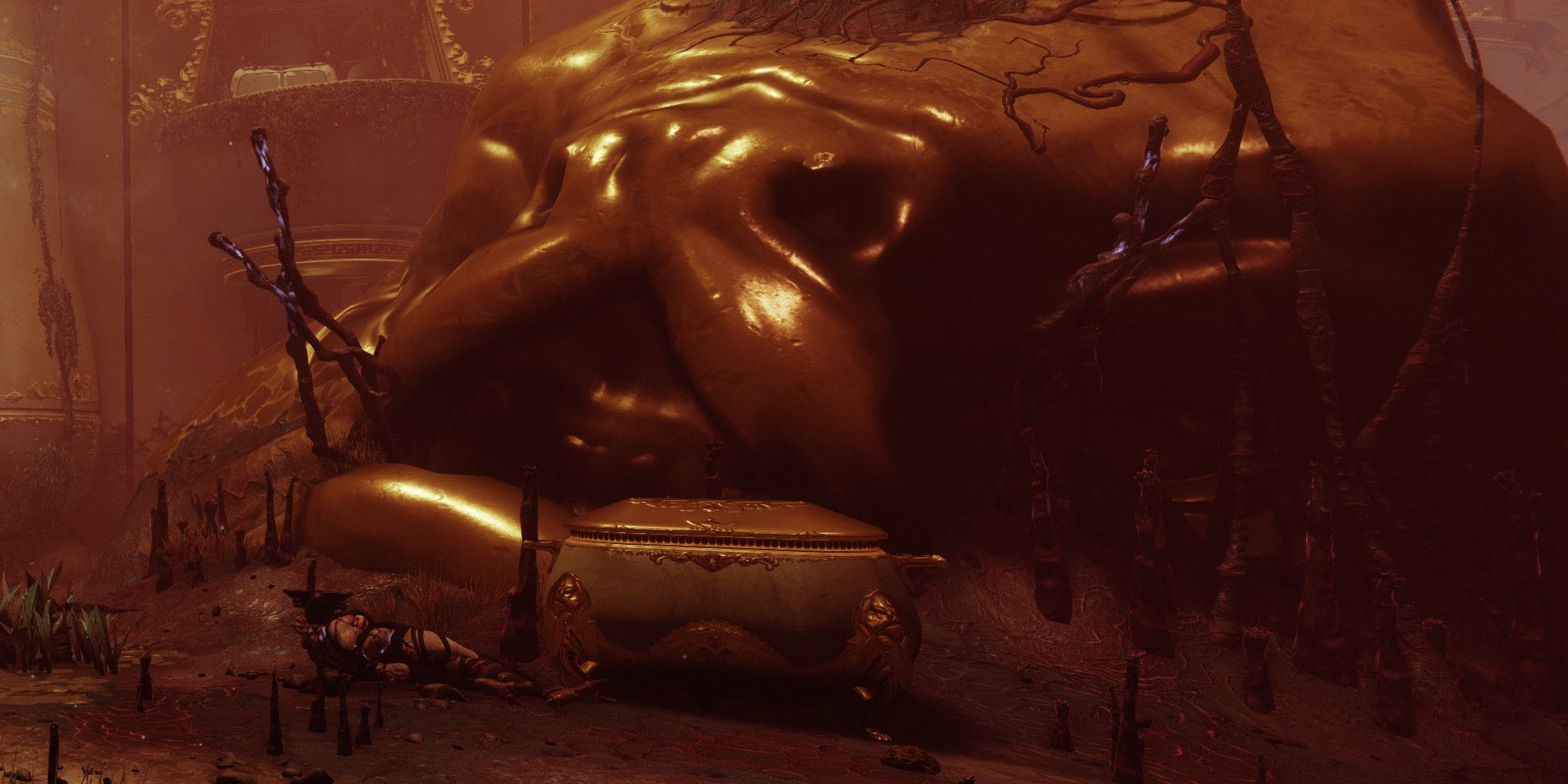 Opulent Avarice requires you to open 15 locked Opulent Chests scattered across the Derelict Leviathan. These chests may only be opened with Opulent Keys, an uncommon item that drops from a T3 Nightmare Containment completion. Once you have a key, inspect it in your inventory to find the correct Opulent Chest. 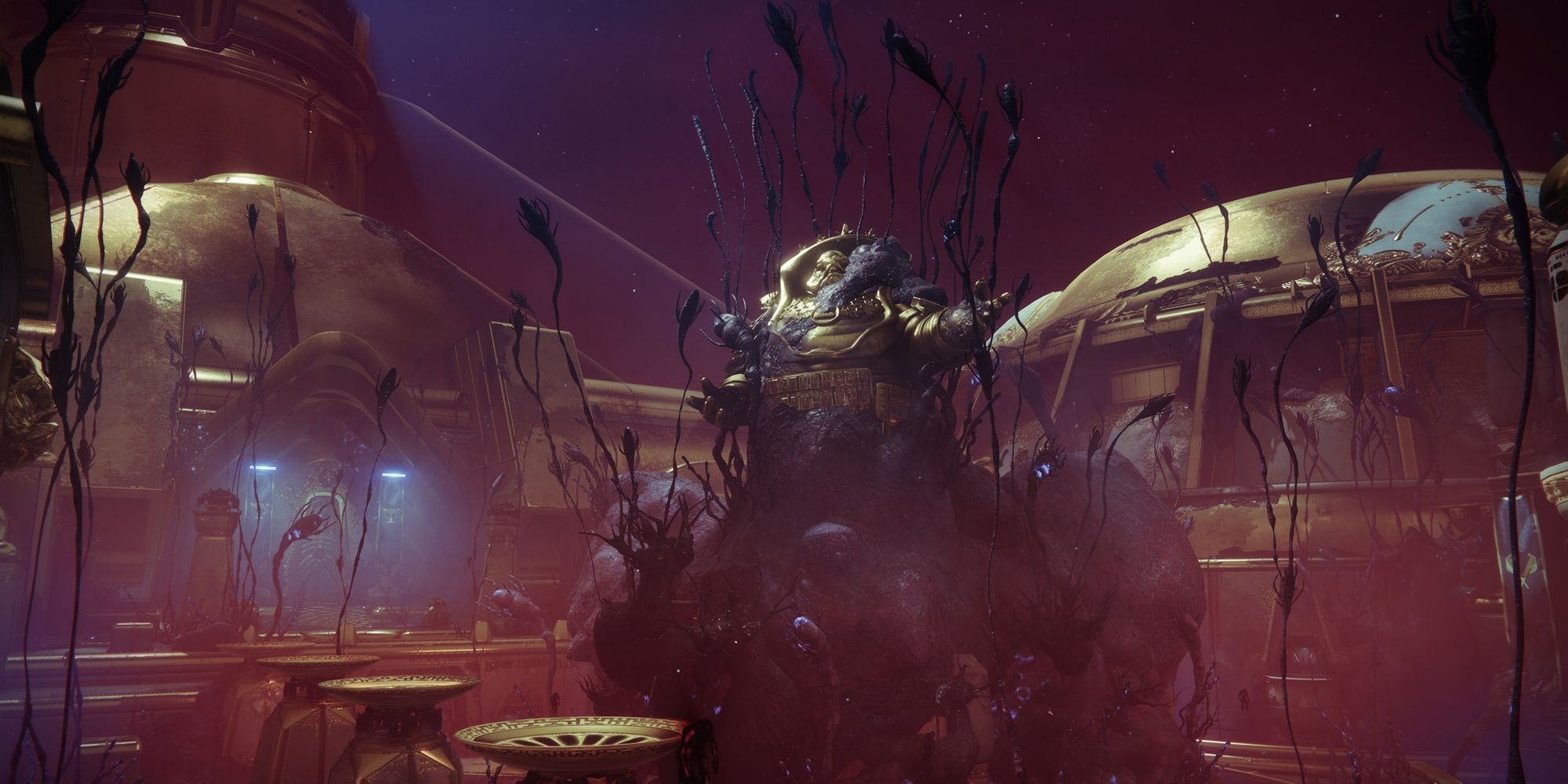 This is easily the most time-consuming Triumph out of the bunch. We recommend attempting to complete Shadow's Return over the course of the season instead of in one sitting.

Shadow's Return requires you to complete various activities aboard the Derelict Leviathan, most of which are time-gated. Shadow's Return consists of four Triumphs:

Each Triumph has multiple objectives tied to it, so let's break down what each Triumph is asking you to do. 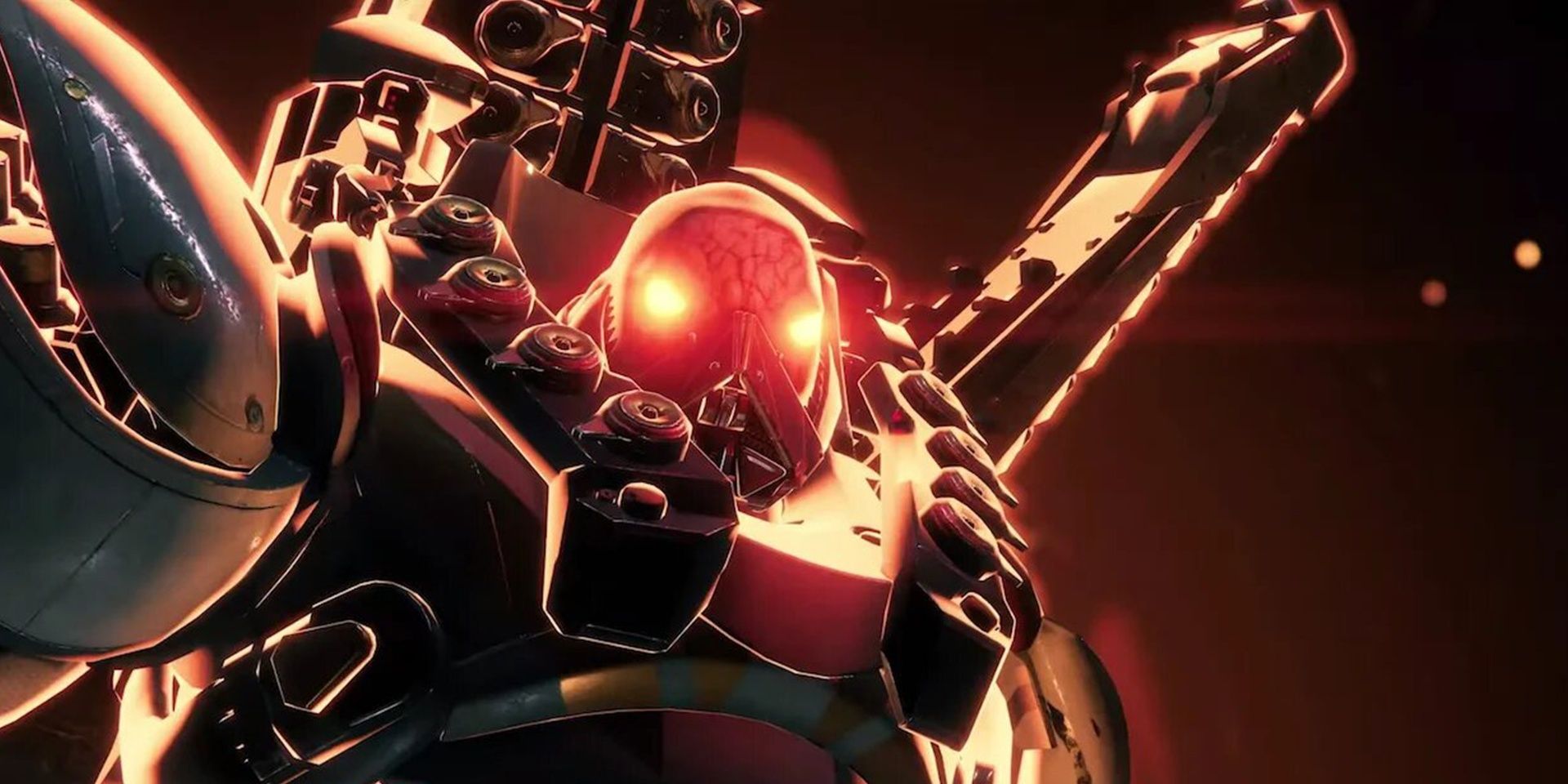 Fever Dream: Defeat each of the powerful Nightmares within Haunted Alcoves on the Derelict Leviathan and claim the associated Triumphs.

In the Royal Pools and Pleasure Gardens, a Nightmare miniboss will spawn once every few minutes. This Triumph requires you to locate each Nightmare miniboss and slay them. You can spawn these Nightmares by completing a time-sensitive activity in the area (see "A Guardian is a Guardian, Even in a Nightmare" for more information on these events).

A Guardian Is A Guardian, Even In A Nightmare 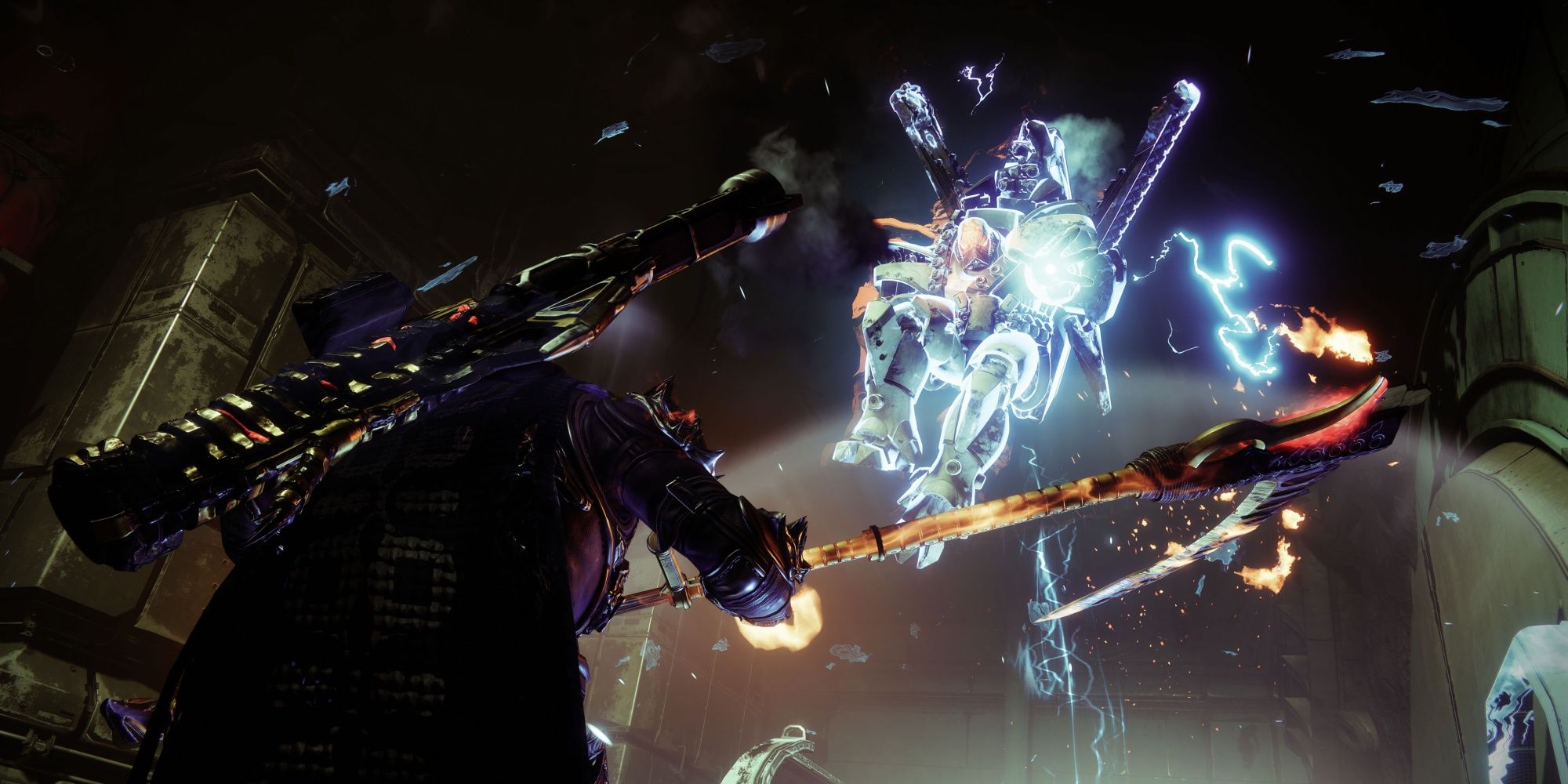 A Guardian is a Guardian, Even in a Nightmare: Assist coalition troops by disrupting Calus's Loyalist forces aboard the Derelict Leviathan and claim the associated Triumphs.

This Triumph requires you to complete time-sensitive activities in the Royal Pools or Pleasure Gardens that pertain to Caiatl's troops. Each objective is asking you to do the following:

Getting To Taking Out Their Command, One By One 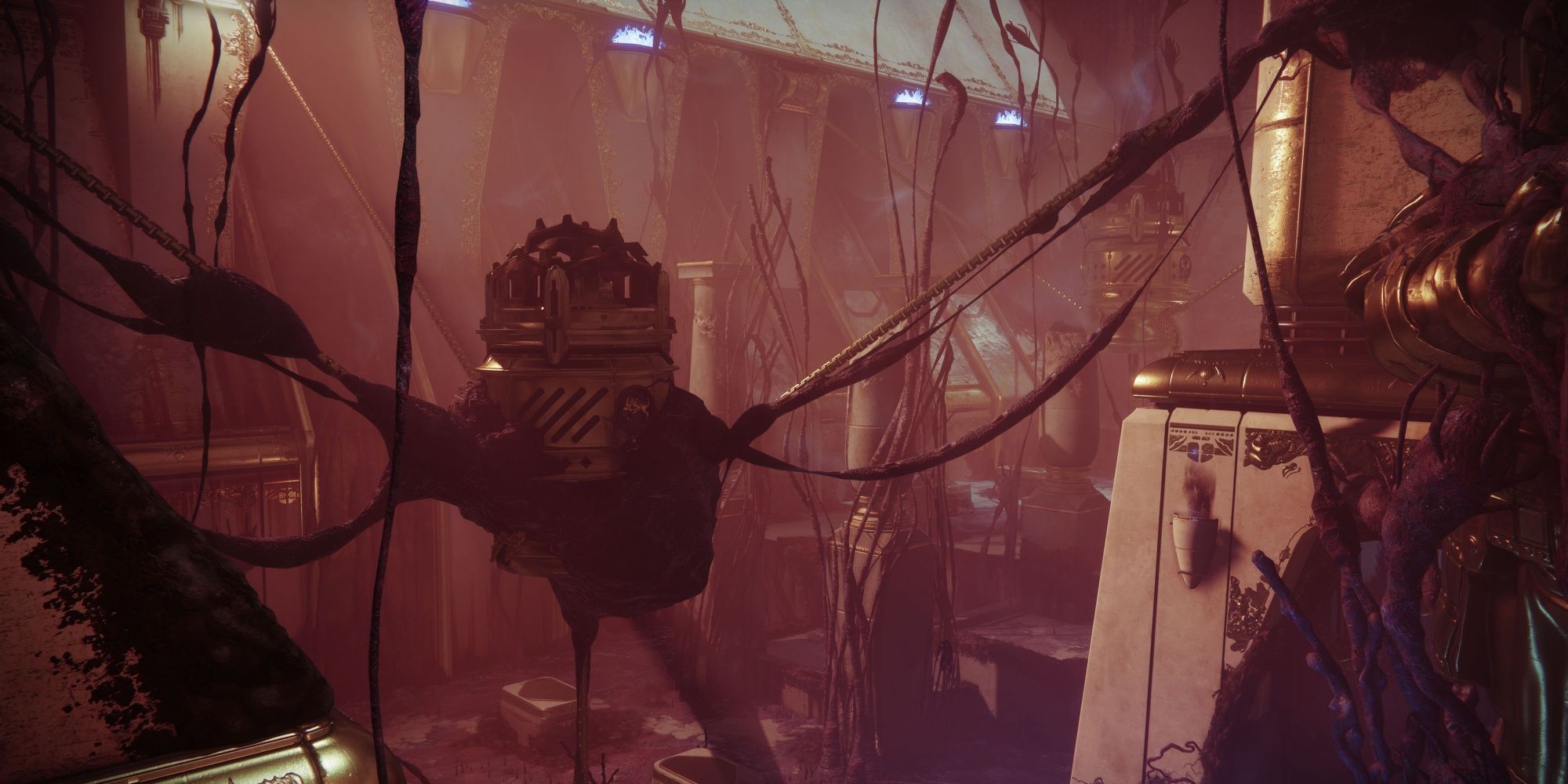 Getting to Taking Out Their Command, One by One: On the Derelict Leviathan, defeat each of the roaming Nightmare targets within the Royal Pools.

While in the Royal Pools, a Nightmare miniboss will occasionally spawn. These Nightmares have a unique name and aren't tied to any events. Both Nightmares can spawn at any time. You're looking for these enemies: 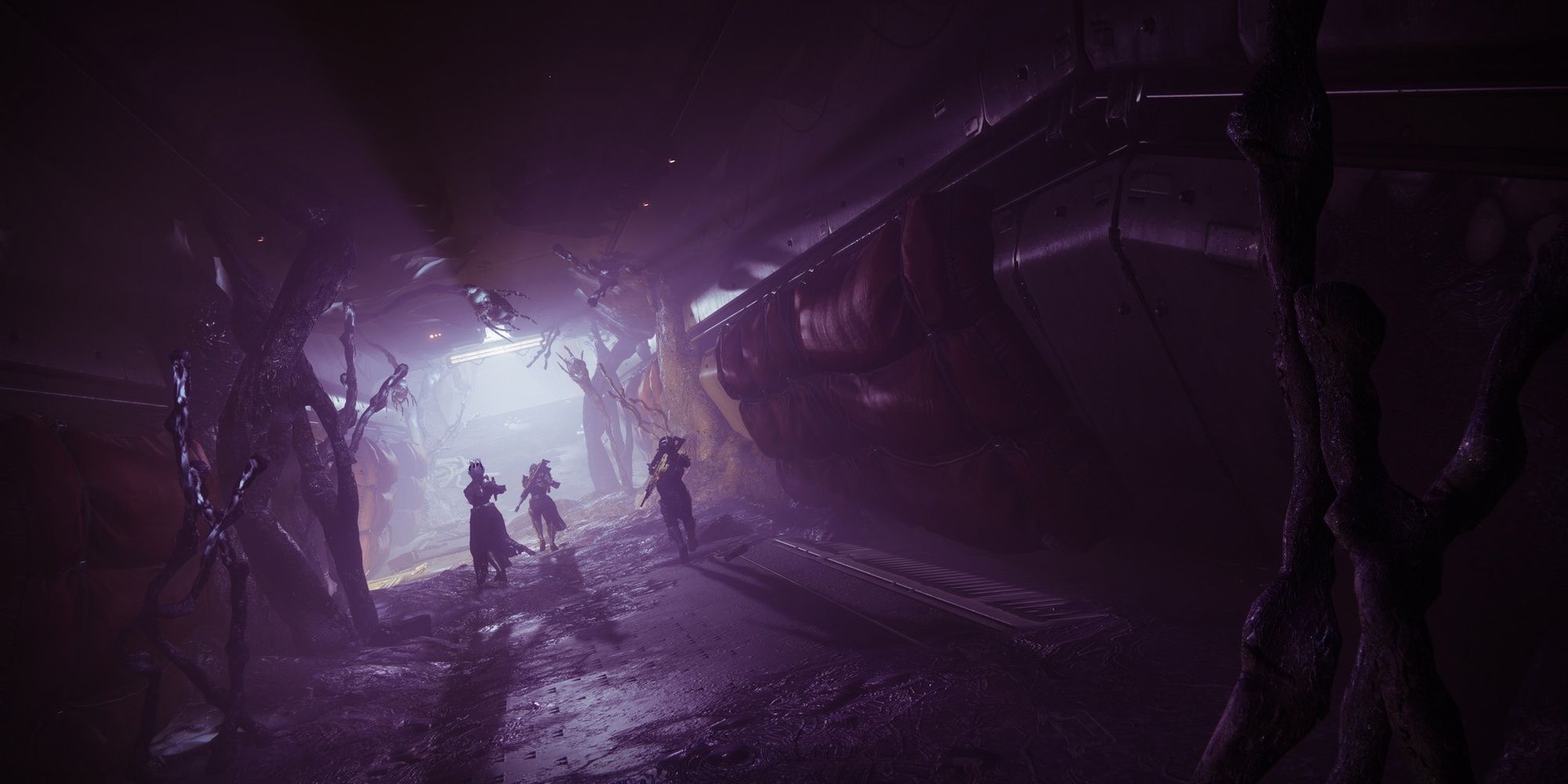 Controlled Burn: On the Derelict Leviathan, defeat each of the roaming Nightmare targets within the Pleasure Gardens.

Nightmare minibosses will occasionally spawn in the Pleasure Gardens, similar to the previous Triumph. Unlike other Nightmares, these minibosses are named and aren't tied to any events. You're looking for the following names: 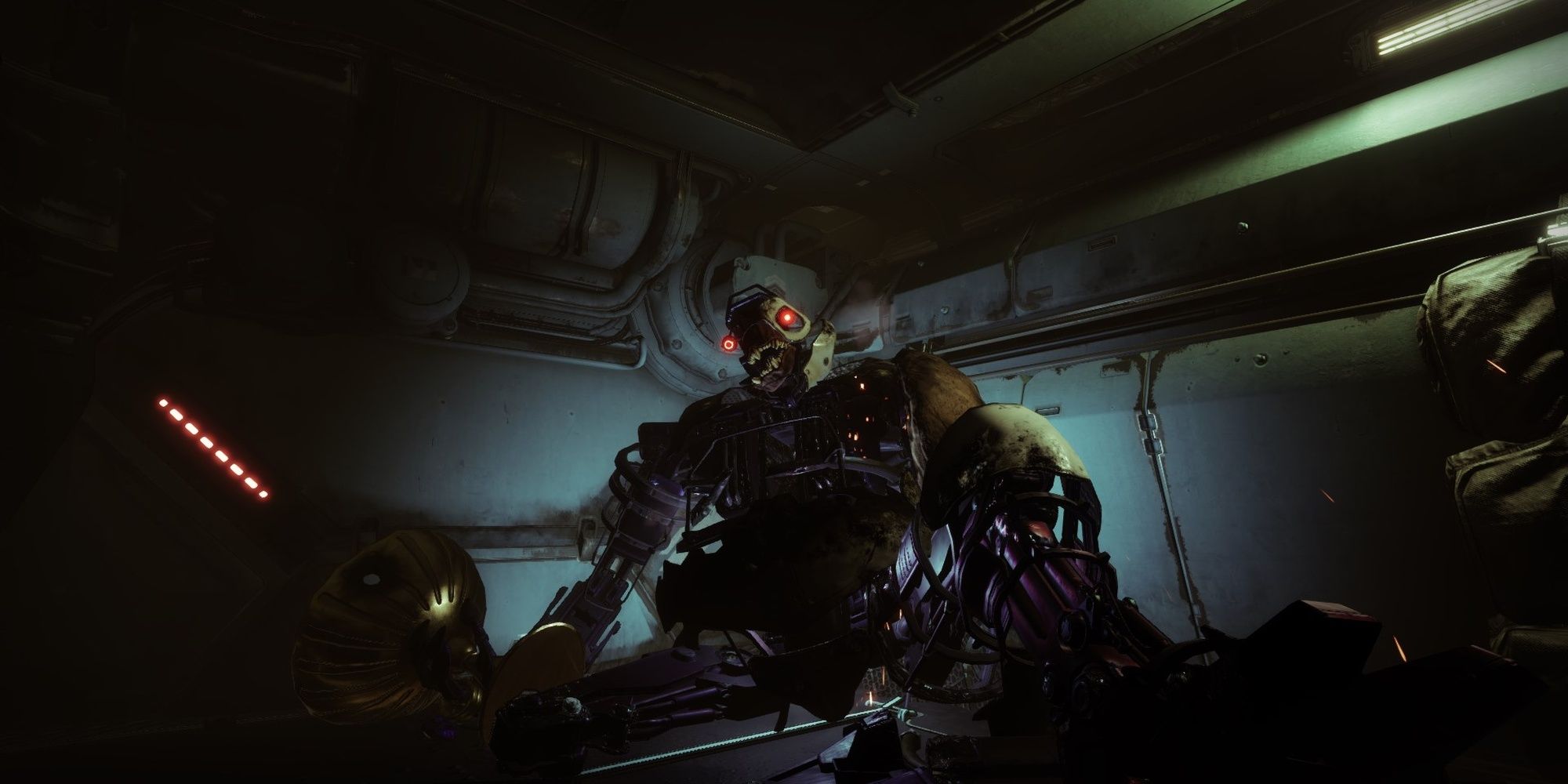 Hear, Don't Heed: In Sever activities, find and listen to each of Calus's automatons.

Each Sever mission has a hidden Calus automaton you can find. Getting near the automaton will activate it, granting progress towards this Triumph. There are six in total, one for each mission. Each automaton looks like a destroyed Calus robot. Check out our Calus automatons guide for a breakdown of where you can find each of them. 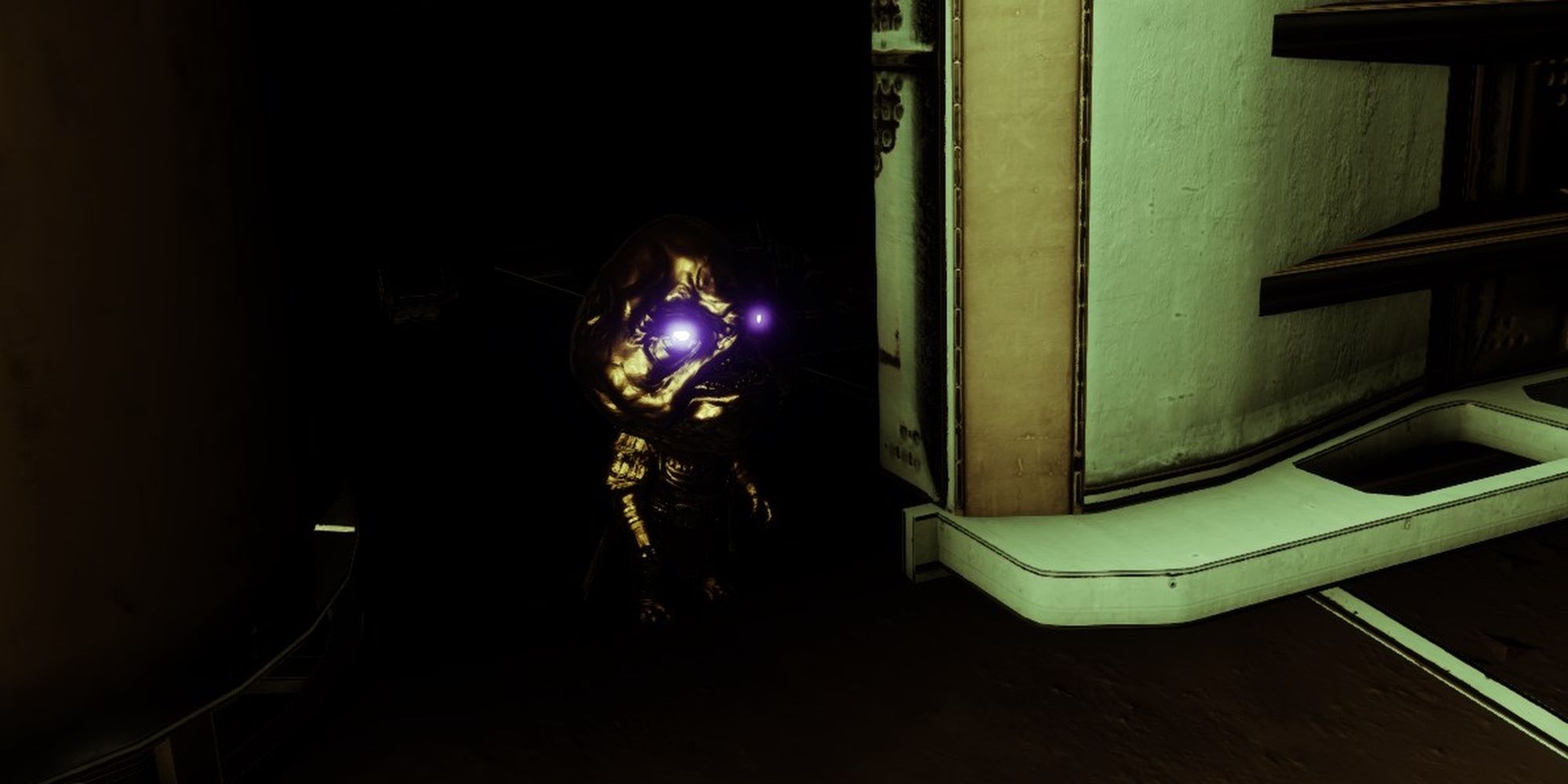 #1 Fan: Collect all of the dignified effigies of Calus aboard the Derelict Leviathan and proudly display them in the H.E.L.M.

This season introduced a bobblehead collectible you can find in certain Derelict Leviathan locations and each Sever mission. There are nine bobbleheads in total.

For an in-depth breakdown of where to find each bobblehead, check out our Calus bobblehead guide.