Home » News » Cyberpunk: Edgerunners Looks Incredible And It’s All Thanks To Studio Trigger

Cyberpunk: Edgerunners Looks Incredible And It’s All Thanks To Studio Trigger

Studio Trigger is one of the finest studios working in Japanese animation today. It has produced modern classics like Promare, Gurren Lagann, Kill La Kill, and Little Witch Academia. Figures like Hiroyuki Imaishi and Yoh Yoshinari have become icons in the medium, and to hear that they’re involved in the production of Cyberpunk: Edgerunners immediately makes it one of the most exciting shows of the year for me.

This project was first announced when hype for Cyberpunk 2077 was still at fever pitch, and long before its disastrous launch and CD Projekt Red’s unparalleled fall from grace. It was part of a huge multimedia strategy for a property that seemed destined to rule the world, and now it has finally emerged in a landscape that couldn’t be more different. Yet it has somehow still managed to ignite our anticipation, largely because Trigger’s take on this gorgeous futuristic world not only brings out its best qualities, but also takes it to new places.

When Edgerunners was first announced I was both ecstatic and sceptical. Studio Trigger is a brilliant studio, but was it the ideal animation house for a universe so drenched in deliberate imagery and dark, blood-drenched themes? The jury was out on whether Edgerunners would position itself as too outlandish and wouldn’t sit alongside the game that inspired it, or stick the landing too rigidly and fail to express any of Trigger’s signature talent. We didn’t hear about the show for years, so it sat at the back of my mind until the new trailer emerged.

The reality is the best of both worlds, and we’re far removed enough from the game’s cultural failure that a new take on Cyberpunk 2077 is almost refreshing. Edgerunners is an entirely independent story that focuses on David, a young street kid trying to survive on the streets of Night City. He quickly finds himself entangled in the life of a fledgling cyberpunk known as Lucy, setting in motion a tale that will push both of them to their very limits.

An already dangerous life in this capitalist dystopia turns into one of increased survival fueled by conspiracy and violence. Beyond this basic setup the narrative could take us anywhere, and it seems we’ll visit scenery both familiar and unknown throughout the ten episode series when it arrives this September. 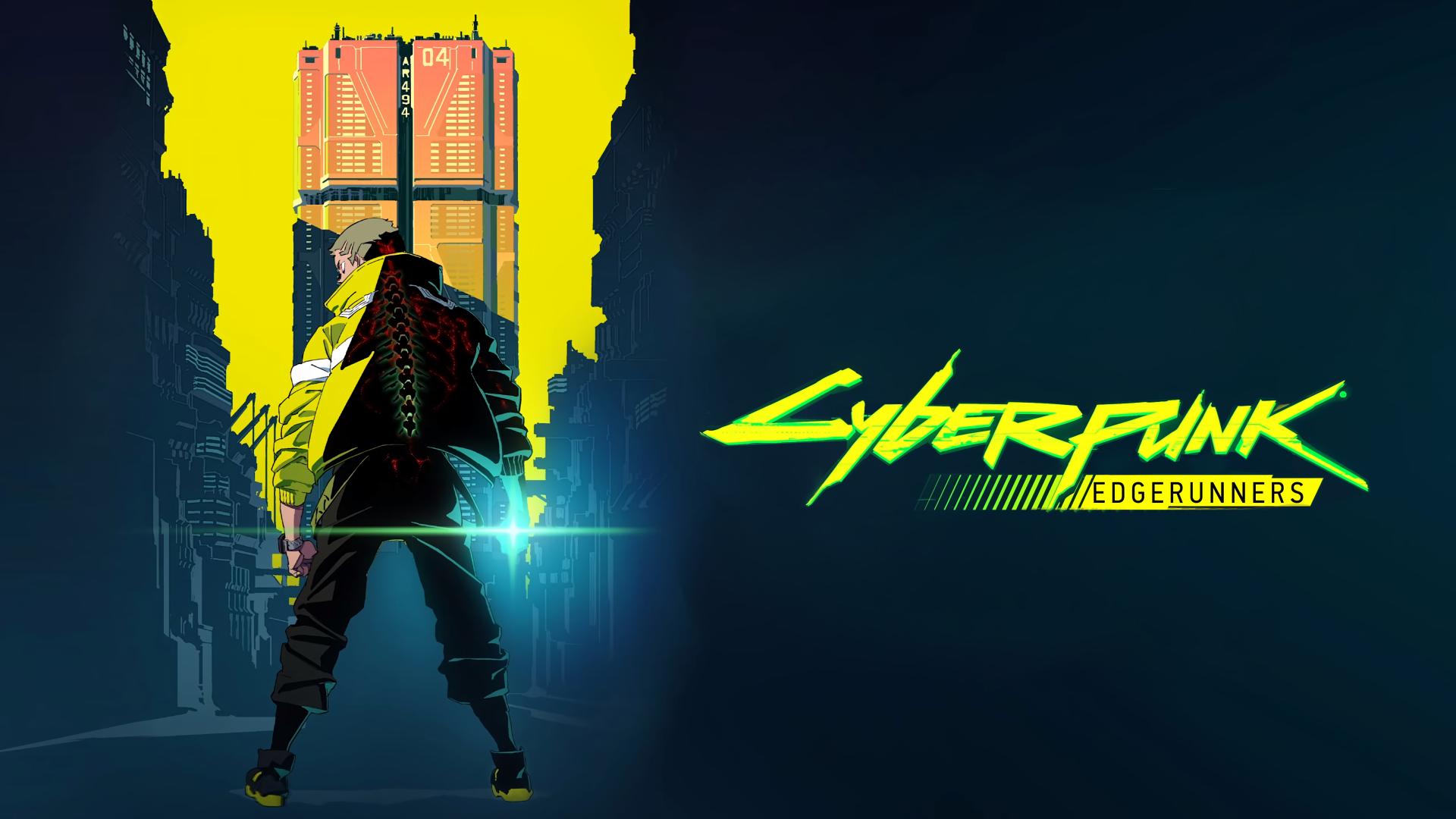 It looks incredible, with the 2D animation immediately reminiscent of Promare and Little Witch Academia seen alongside eccentric expressions and bold character designs that aren’t afraid to extend our disbelief in order to maintain the aesthetic that has long become Trigger’s signature. It’s almost surreal to see a show like this set in the game’s universe so effortlessly, and how it will expand upon the things I loved about Cyberpunk 2077 from a whole new perspective. Architecture is effectively recreated from the game but framed in a way that makes it feel otherworldly, while literal shots of our characters sitting on the moon or walking through what appear to be alternate realities show that Edgerunners is definitely going to take us places. Surprise us, we need it after the game let us down.

The more I read about this show the more excited I’m becoming. CDPR is penning the narrative, but is giving creative agency to Studio Trigger so it can express these story moments in distinct and unexpected ways that are true to both themselves and the Cyberpunk mythos. Akira Yamaoka is the composer, known for the Silent Hill games and some of the most iconic songs in video game history. Providing him the appropriate room to experiment across such a vast genre could create a soundscape that easily stands alongside the majestic visuals, and I honestly think CDPR and Netflix are aware of the potential they’re toying with here, and will do their best to deliver.

Cyberpunk: Edgerunners has an unbelievable amount of talent working on it that something spectacular would need to happen for it to fail, and from what we’ve seen thus far, we’re in for a treat.