Cult Of The Lamb: 6 Best Weapons

Your equipment in Cult Of The Lamb is randomized at the beginning of each crusade. As you explore, you'll have a chance to find different weapons and curses. These will not only increase your overall damage, but can change your combat style instantly. While your overall strategy will remain the same, knowing what perks your weapon grants can help decide when to press the attack and when to back off.

Whenever the One Who Waits deigns to grant you a new weapon, or you find the weapon merchant, carefully consider how a new blade will change your abilities. Try one of these weapons, and you can't go wrong! 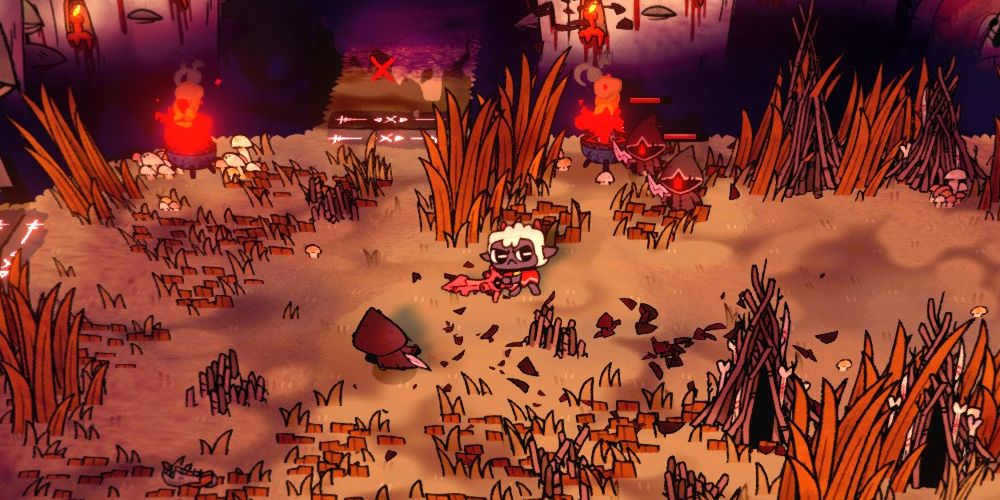 Swords are the most balanced weapons in the game, offering decent speed and power to fit any situation. This versatility makes them a good choice regardless of their variant properties.

Vampiric weapons have a chance to grant you a Blue Heart whenever you kill an enemy with them. It's not a guarantee, but with healing as scarce as it is in Cult Of The Lamb it's worth trying for. Matching the Vampiric trait with the straightforward style of a Sword lets you focus on fundamentals while you replenish your health. 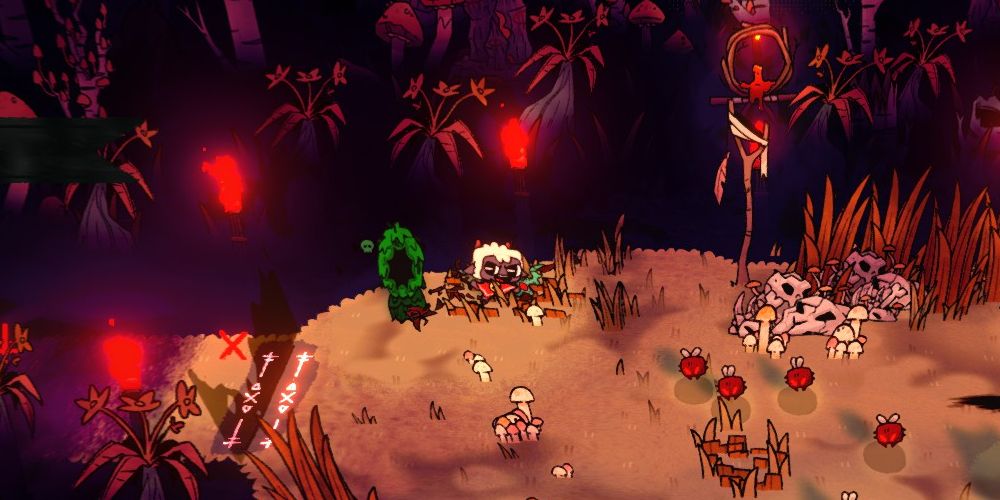 Daggers trade power for an unmatched attack rate, making them ideal for slow enemies that you can easily strike multiple times. The Bane weapon variant, unlocked fairly early through preaching Sermons, has a chance to poison struck enemies, dealing damage over time.

Minibosses can usually be poisoned, but Bishops cannot. Poison damage can help keep a Bishop's minions under control, but it might be worth switching if you're nearing the end of a crusade and have the opportunity.

Combining the two makes an effective weapon for any situation. The Dagger's ability to strike multiple times in a short period gives you more opportunities to trigger the poison effect, and the extra damage from poison helps make up for the lower base damage. 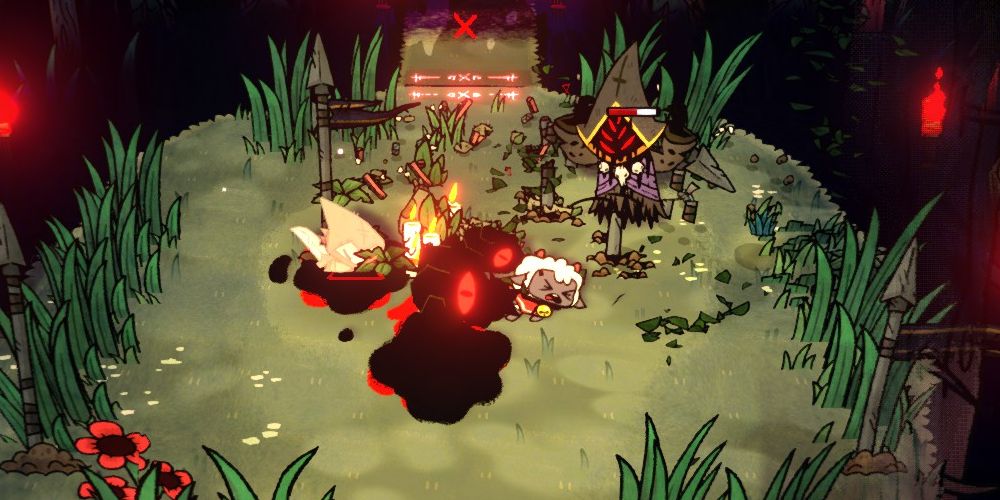 Gauntlets are a unique weapon. Slightly slower than swords and sporting a mediocre base damage, they look pretty bad on paper. However, Gauntlets' power and range increase with each hit in a combo, making the final strike in a chain a devastating blow that can hit a large group of enemies.

Different variants are always nice, but when it comes to choosing a weapon without any add-ons the Gauntlet is a great choice. Its combo ability effectively makes the Gauntlet its own weapon variant, and any extra properties are just icing on the cake.

Once you've unlocked most of the Lamb's arsenal at the Temple, Merciless Gauntlets make a formidable alternative to the basic Tempest Gauntlet. The enhanced crit rate from the Zealous property can allow for truly killer combos! 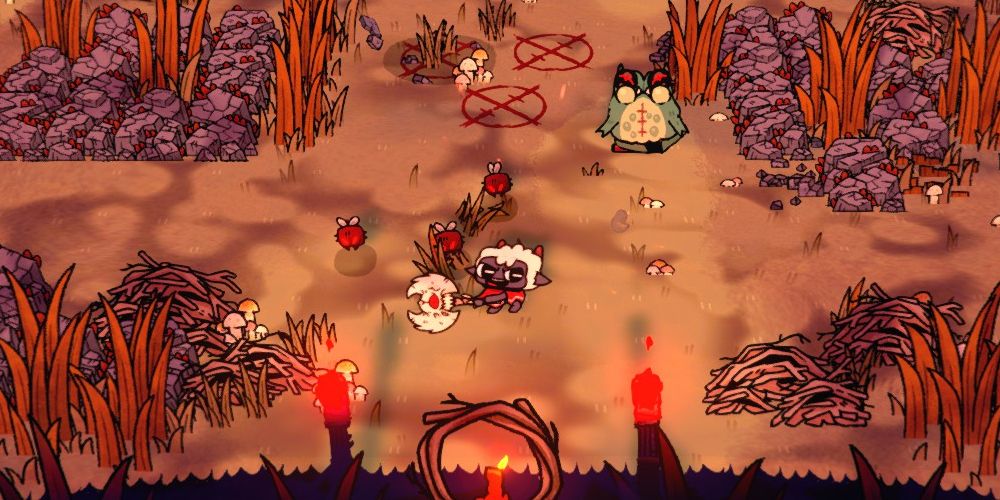 Necromantic weapons summon a ghost when used to kill an enemy, which will attack a nearby foe and then vanish. Pairing this trait with the power of an axe makes a formidable combination against large groups of enemies, or against bosses that spawn minions.

Axes are slow, but not to the point of being a liability, and hit hard. Use their high damage to quickly kill a nearby enemy, and the ghost will get the next target started for you. If you kill multiple foes in one swing, you'll get more ghosts!

Ghosts only spawn from Necromantic weapons if the killing blow was struck by the weapon itself. Poison from the Arachnid Tarot card, curses, traps, or the damage from another ghost won't count! 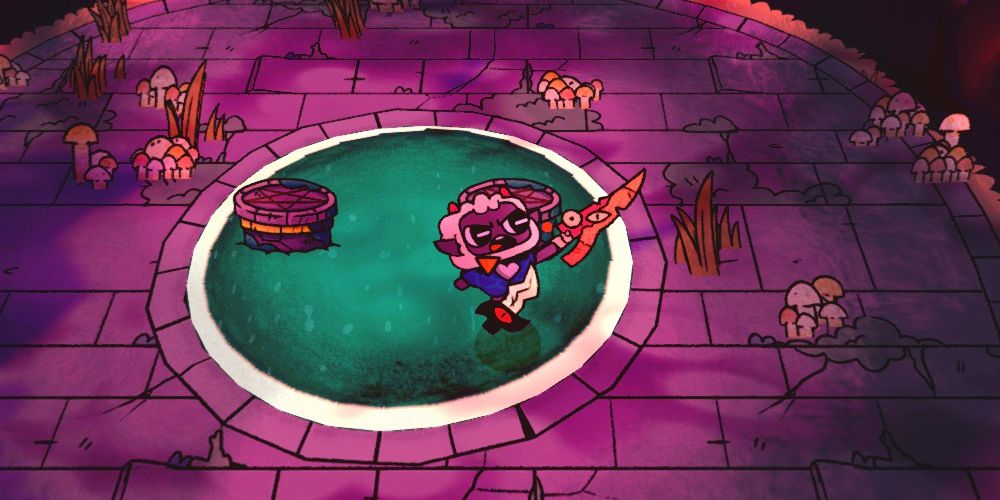 To this point we've focused on specific combinations of traits and types, but the last two entries on this list are all about variants. If you find a Zealous or Godly weapon of any type, it's almost always an upgrade from whatever you currently have equipped.

Zealous weapons are the only variant in the game that provides a long-term bonus beyond its combat abilities. Any Fervor generated from attacks made by a Zealous weapon also grants Devotion, letting you make progress toward your next building unlock when you return to the village.

This Devotion goes straight to your progress bar, meaning that it's in addition to anything your Followers generate via prayer. Best of all, it ignores the maximum capacity of your Shrine, so a crusade with a Zealous weapon is all but guaranteed to result in Divine Inspiration. 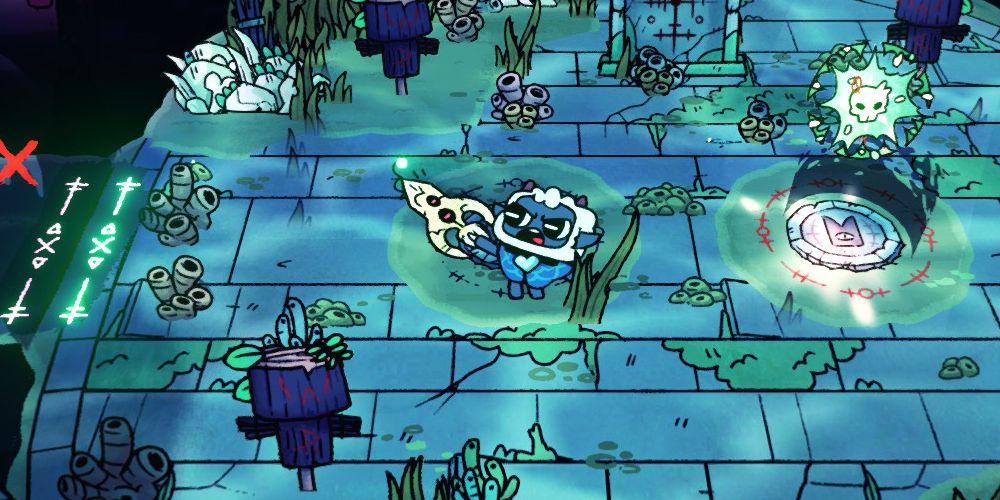 By the time you unlock Godly Weapons near the top of the tech tree, most of your remaining buildings and upgrades will probably be around the corner as well. At that point, you can focus solely on slaying the remaining Bishops, and there's no better blade for the task than a Godly Weapon should you find one.

Godly Weapons rarely appear, but their raw power is unmatched by other weapons of the same type. The difference is enough that you can safely ignore the extra damage from Bane and Merciless weapons when deciding whether to switch. With the right lineup of Tarot cards granting extra perks, the Lamb can overcome any challenge with one of these in hand. Be careful, though – getting too cocky could result in you getting unceremoniously booted back to the village and losing your amazing armament.