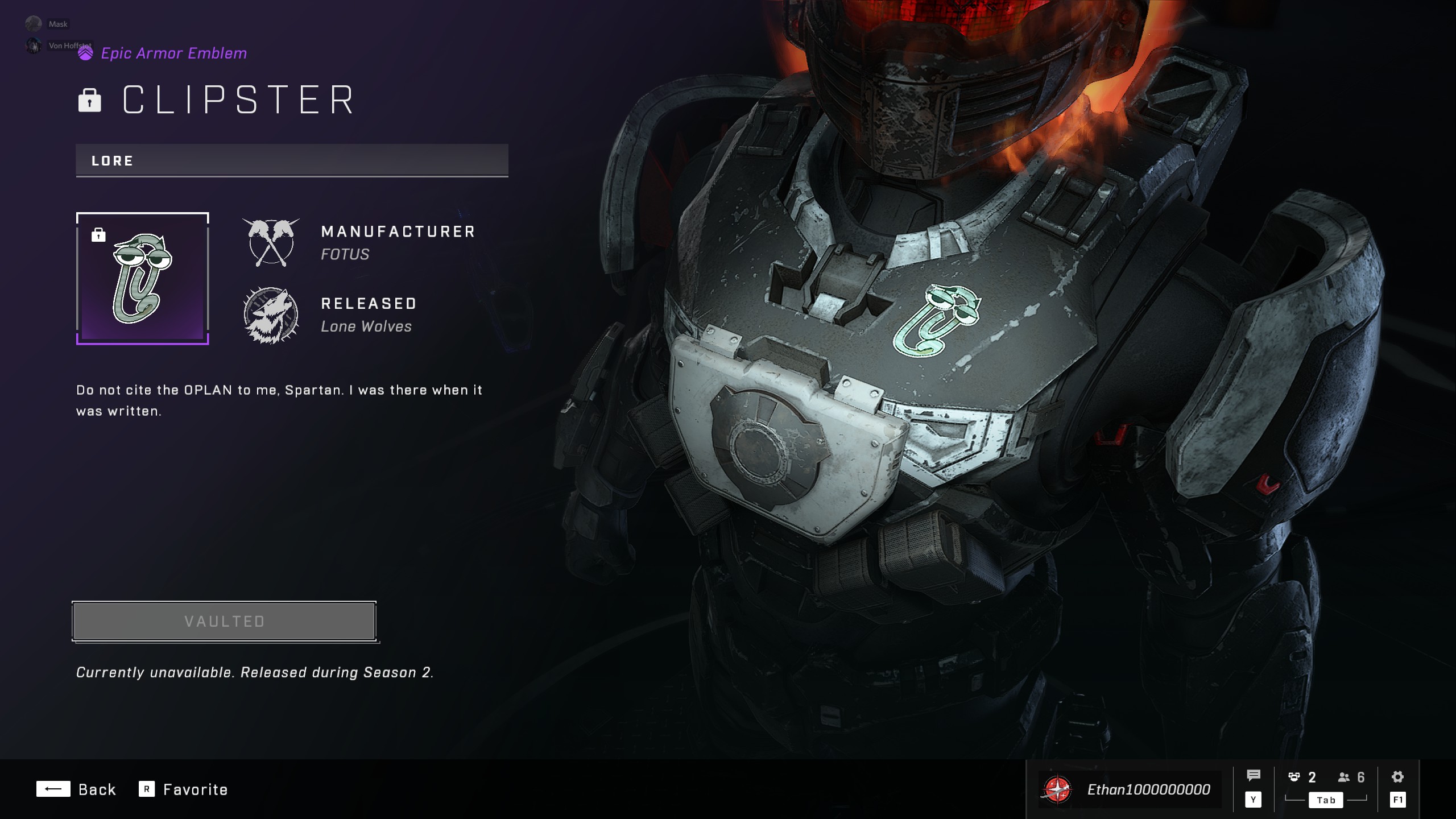 Microsoft’s most reviled mascot has been added to Halo Infinite as Mr Clippit makes an unexpected, and hopefully very limited, return.

By the time Microsoft entered the video games business the era of the console mascot had largely past, but that didn’t stop them promoting a cartoon character so awful he made Bubsy Bobcat look like Sonic the Hedgehog. Everyone hated Clippy from Microsoft Office and yet now, somehow, he’s found his way into Halo Infinite.

Clippy was the animated assistant in Microsoft Office between 1997 and 2003, and was despised for his irritating demeanour, unhelpful comments, and the fact that he slowed the apps down to a crawl.

Microsoft does occasionally try to bring him back (he’s currently the paperclip emoji on Microsoft 365) and that’s led to him being added as an optional gun charm or armour emblem in Halo Infinite.

There was no big announcement for Clippy’s inclusion, and it was left to fans to discover he’d quietly been added to the game. There doesn’t seem to be any lore explanation for his presence, but we guess it goes without saying that Microsoft Office also exists in the Halo universe.

This isn’t the first time Microsoft has tried to add Clippy to one of its Xbox games, although plans for a cameo in Killer Instinct only got as far as concept art – but it was from the actual developers at the time, who took the concept semi-seriously.

Although it’s a fun addition, Clippy’s presence is not likely to take fans’ minds off the fact that Halo Infinite is long overdue a major update, with continued complaints about bugs and a lack of content, including long promised features such as Forge and campaign co-op.

Some of these issues may be addressed tonight though, as there’s a special livestream planned for tonight at 9pm BST that will reveal more about the upcoming Season 2 and its battle pass.