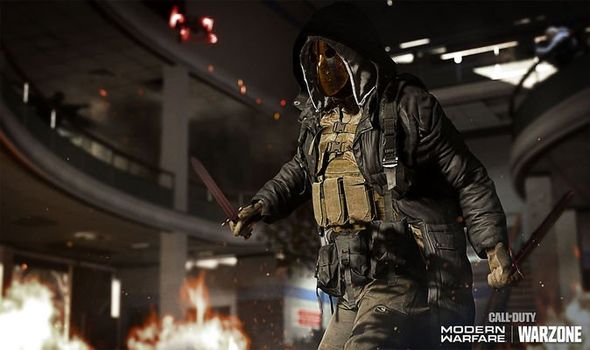 These have been shared and reveal that there is no new content being launched today for the Battle Royale spin-off.

But while no new modes or weapons are going live today, there are some much-needed bug fixes.

One includes taking away a massive headache for gamers trying to get a win in Warzone modes this month.

The Stim Glitch returned to the game recently, and it has slowly been making its presence known.

The Stim is usually a one-use item that can be found in crates and used to heal yourself instantly.

It doesn’t affect your armour plating, but it can be a crucial save in tight gunfights, much like the Self-Revive item.

It’s also an item that is constantly used to ruin matches via certain exploits that keep being found. The Warzone Stim Glitch makes it possible to use the item over-and-over again, meaning you can just sit in the storm and wait for everyone else to die.

It sounds like an extremely boring thing to do and is something that can be used to boost your win numbers. But every time it’s found by someone, it’s popularity spikes and everyone wants to know how to use the glitch.

The good news for us is that Raven is removing the latest Stim Glitch, and even provided a reason for its return.

According to Raven the issue “Stemmed from a player getting stuck in throwback state after throwing back a live grenade.”

With the latest Stim Glitch being removed, gamers can go back to trying to win the old-fashioned way, without needing to hunt down those hiding in the storm.

Other changes have also been confirmed, including the new playlists that will be available to play on February 5.

This includes the return of Armored Royale, which includes squads of up to four players hitting Verdansk with only a pistol and having to scavenge for weapons, equipment, and Cash.

There is an option to bring in their own custom Loadouts via Loadout Drops, and squads will encounter and engage enemy squads while avoiding the deadly circle collapse in order to be the last team standing.

The big difference here is the Armored Cargo Truck that each team has, which boasts reinforced armour plating, a built-in turret, and a custom mobile Buy Station for vehicle upgrades in the flatbed.

The full patch notes for this week can be found listed below: