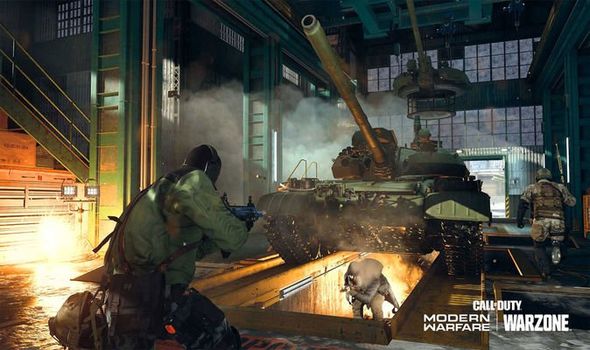 Having problems after the Call of Duty Modern Warfare Season 6 update? It looks like plenty of issues are being flagged following the big patch. Call of Duty Warzone error codes and crashes are being reported by PC gamers this week, and it appears to be connected to this week’s update. The good news is that Activision and developers Infinity Ward are aware of the problems and are looking to fix them.

The only downside is that there no ETA for when a new hotfix might be released. The latest on the situation from Activision support explains:

“We’re actively investigating an issue where some players are experiencing crashes after the update in Modern Warfare and Warzone. Stay tuned for updates.”

Meanwhile, gamers have taken to online forums to point the issues and how they are unable to complete matches in Warzone.

This includes hard crashes to the desktop, which pulls players out of games and is a big problem for teammates, who are also reporting being taken out of matches too.

From what has been shared so far, these crashes are being experiences across a number of platforms, including Call of Duty Warzone on PC and PS4.

One gamer writes: “It’s hard-failing my PS4. I’ve never seen a game do that and this POS does it 3 times in an update to an established game. What are they doing over there?

Another adds: “I asked about it on the Activision support forum and was asked to complete a form so that they could have the devs look into it.”

“Happened to me in season 2. Thought my console was bricked. The game worked fine after a full reinstall (obviously that takes hours if not days to do).”

For now, there doesn’t seem a way around the problems, with gamers trying different things – such as reinstalling Warzone – to fix the problems.

Activision is expected to roll out some kind of update to fix this problem in the coming days, with a new Battle Pass and altered map available to explore during Season 6.

Highlights from the new Battle Pass can be found below and includes the following items:

‘SP-R 208’ Marksman Rifle (Tier 15): As one of the most accurate weapons in its class, this bolt-action marksman rifle fits perfectly in the hands of a sharpshooter. From alternate ammo choices to bolt assembly changes and more, the SP-R 208 is the weapon of choice for the mobile marksman.

‘AS-VAL’ Assault Rifle (Tier 31): This rare Soviet assault rifle is chambered in subsonic 9x39mm ammunition and comes pre-equipped with an integral suppressor. Paired with the weapon’s high rate of fire, the AS-VAL is ideal for those seeking stealth and accuracy in a highly configurable weapon.

Slay your enemies using the right tool for the job with an array of new weapon blueprints for use in Multiplayer and Warzone, including four free blueprints earnable by all players.

‘Blue Note’ LMG Blueprint (Tier 51): Beat back the blues with the Legendary ‘Blue Note’ LMG. Both classy and deadly, this Legendary weapon blueprint comes pre-configured with a well-rounded attachment set-up, including an extended magazine, longer barrel, a 1mW Laser for increased hip-fire accuracy, a Tactical Foregrip for stability, and a stock built for quicker aim down sight speed.

‘Rottweiler’ Assault Rifle Blueprint (FREE Tier 81): Bite and don’t let go with the Legendary and free to earn ‘Rottweiler’ blueprint. Designed for a stealthy utility player, this assault rifle has an underbarrel grenade launcher and a barrel with an integrated suppressor, as well as two other attachments and a weapon perk.

‘Trivor’ SMG Blueprint (Tier 95): The penultimate blueprint in the Battle Pass, the Trivor is decked out in an intricate gold design and five attachments: A Muzzle Brake, Tac Laser, Viper Reflex Sight, Rubberized Grip Tape, and the Fully Loaded Weapon Perk. That all adds up to a more controllable version of this fast firing SMG, complete with maximum starting ammunition to help ensure those mags don’t run dry when it matters most.