The Call of Duty Endowment is a charity started by Activision Blizzard CEO Bobby Kotick to place veterans in the U.S. and United Kingdom in high-quality civilian jobs. It has placed 77,265 veterans in jobs to date.

The Challenger Pack is available now in Call of Duty: Black Ops — Cold War, which debuts on November 13, and it will debut in Warzone in December. All of the net proceeds from sales go to the endowment, and it will be available until $5 million is raised.

The pack includes “The Stripe” Marksman Rifle Weapon Blueprint, which is a three-round burst gun with multiple pre-configured attachments and a tiger-themed patriotic camo. 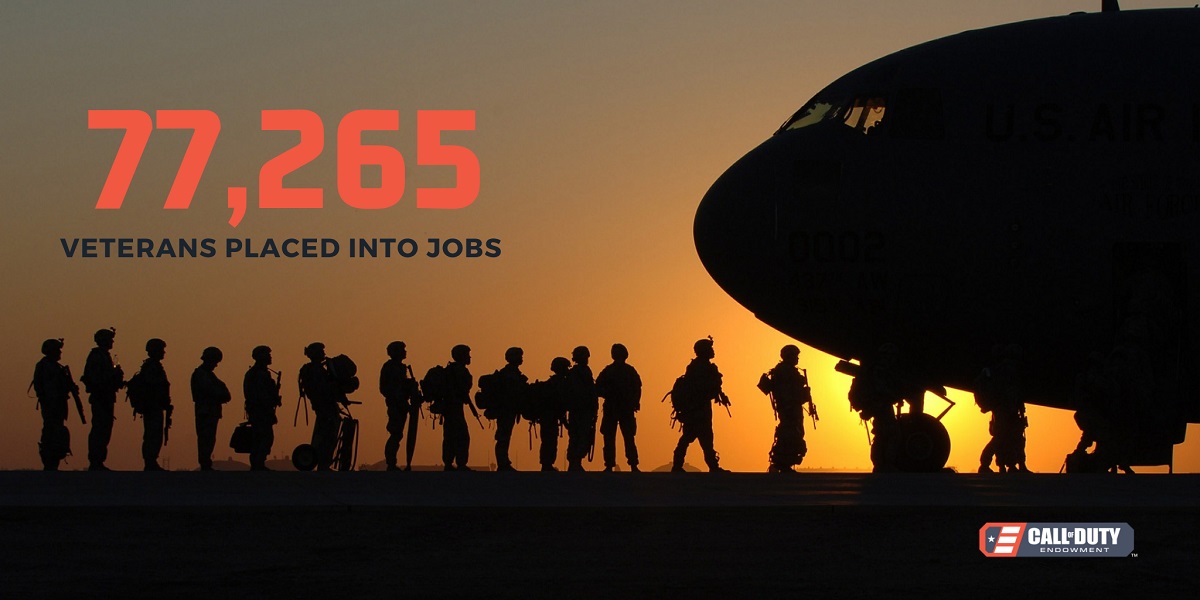 Above: Call of Duty Endowment has placed 77,265 veterans in jobs.

It also includes the “The Standard Issue” Pistol Weapon Blueprint, a reliable secondary weapon with several pre-configured attachments; the Calling Card, which lets players show off red and blue tiger camo and their support for helping to place veterans in high-quality jobs. Players can equip it to their player profiles in the Barracks section of Multiplayer or Zombies.

The pack also includes an emblem that you can equip in Barracks and a weapon charm which you can equip on most weapons in Gunsmith. You’ll also get a sticker for weapons and a Double Weapon XP Token for multiplayer advancement.