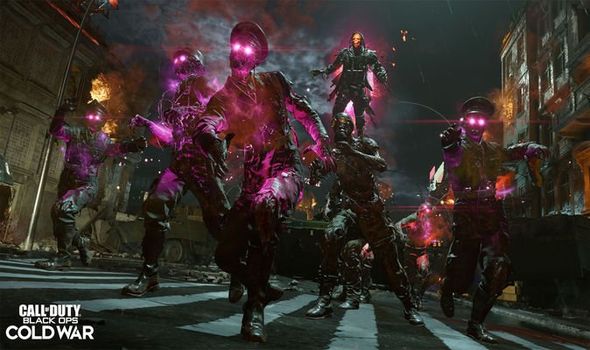 A big Call of Duty Cold War Season 4 update is launching this week, and it will include a brand new Black Ops Zombies map.

Activision and developers Treyarch has confirmed that Mauer Der Toten will be the new undead experience going live as part of Season 4 Reloaded.

This will expand the current storyline, which has been building since the game launched back in 2020.

It’s been confirmed that there will be a new wonder weapon to wield on the fresh map, which will be round-based, rather than the open setting of Outbreak.

A message from Activision explains: “Set after the events of “Operation Excision” in Outbreak, “Mauer Der Toten” is Treyarch’s next classic round-based Zombies experience where Requiem agents, currently working for Omega Group’s Colonel Kravchenko in a bid for their freedom, will explore war-torn Berlin after a zombie invasion has overtaken the city.

“Agents will navigate through the dark streets, lit only by spotlights, street lamps, and long-abandoned vehicles, to reach various key landmarks and structures, including a U-Bahn where flaming trains carry undead passengers to parts unknown.

“They won’t be alone, however, if they can find a way to activate a new robotic companion, Klaus, who will help them defeat the undead.”

From what has been confirmed as part of the buildup, Kravchenko has you captive, and the only chance at survival for you – and your strike team’s pilot – is to follow his orders.

WHEN IS THE NEW COLD WAR ZOMBIES MAP COMING OUT?

Activision has confirmed that this week’s new Call of Duty Cold War Zombies map will be available to play at 5am BST on July 15, 2021.

However, it should be noted that gamers will only be able to play the main quest Easter egg at 6pm BST on Thursday, July 15.

As part of the new Black Ops Season 4 Reloaded release, a new Cold War patch will be going live at 5am BST on July 14.

“PC users will also need 63.2-111.5 GB of additional space on their hard drive for the copying process; this is only temporary space that is reclaimed upon completion of the patch installation and is not an additional download.”

The Black Ops Cold War Update Sizes Are As Follows: