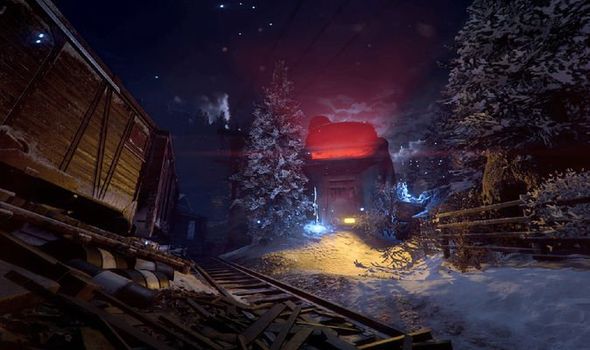 Call of Duty Black Ops 5, or a game set in that COD universe, is expected to be announced later this year by developers Treyarch. News remains thin on the ground regarding plans for COD 2020 and it’s still unclear when we will learn more. So far, Modern Warfare has proven a massive hit and continues to sell well on PS4, Xbox One and PC.

So whatever follows it is going to have a hard time topping Infinity Ward’s latest creation.

Activision’s Dennis Durkin revealed earlier this year that Modern Warfare is expected to remain the top-selling COD game this generation.

“In Q4, we plan to launch the next premium release of Call of Duty,” Durkin told investors.

“We can’t wait to unveil what our teams have been working on, and we feel great about the content. Although, as is customary, we are prudently assuming lower sell-in for Q4 versus Modern Warfare this past year.”

But that doesn’t mean fans shouldn’t be getting excited about the new Call of Duty game to arrive.

Only, it appears we’re getting a juicy COD spin-off title before the arrival of Black Ops 5 in 2020.  Recent reports indicate that a new Battle Royale mode is being released in March for Modern Warfare.

But what will make this release a little different is that Call of Duty Warzone – the reported name of the new mode – will be available as a standalone product.

That means anyone with a PS4, Xbox One or PC will be able to download COD Warzone and play Battle Royale.

COD spin offs have been teased in the past, with Activision’s President and Chief Operating Officer Coddy Johnson saying this back in February:

“So across console, PC, mobile and e-sports, the Call of Duty franchise has never been better positioned for growth and there is more to come, including entirely new experiences within the Modern Warfare universe.”

This doesn’t go as far to confirm anything but it certainly sounds like something is being cooked up.

If we do get this new COD spin off mode in March, it will be released long before the arrival of the next full Call of Duty game.

And while we haven’t heard much about what’s being planned by Treyarch, we have heard about some changes happening at the studio. This week, it was confirmed that Jason Blundell, a key member of the Zombies Mode creative team, has left Treyarch.

The return of the COD Zombies seems a given if Treyarch is heading the launch of the next Call of Duty game. But it’s unclear at this stage how this most recent change could impact the project moving forward.

A statement posted online by Blundell explains: “During my time at the studio, I’ve been privileged to work on a variety of projects, wearing many hats along the way, with my time on the Zombies team proving to be quite special.

“It’s a team comprised of some of the most creative and talented developers in the industry, many of whom you never see because they’re behind the scenes shaping the direction of each experience.

“Clearly, I’d be remiss if I didn’t personally thank the group that continues to make it all worth it: the Zombies community! Your passion, enthusiasm — and frankly, your craziness — has been a continued source of inspiration.

“The beauty of Zombies is that it has always been about the interaction between us as developers and one of the most passionate player communities on the planet. These are memories I will cherish for a lifetime.”