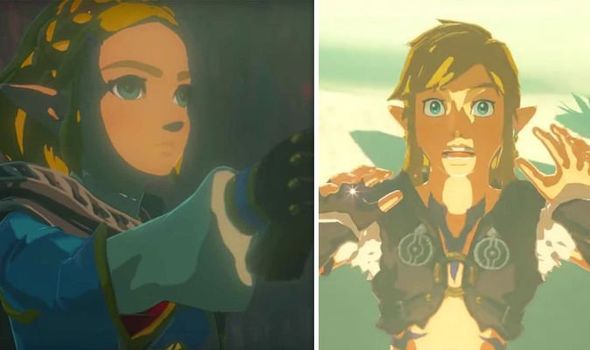 The Legend of Zelda Breath of the Wild 2 is going to be a huge hit when it finally arrives on Nintendo Switch.

The only problem is, fans have absolutely no idea when the game will make an appearance on the Nintendo console.

The upcoming Breath of the Wild sequel was announced during Nintendo’s 2019 E3 Direct conference, but little has been heard of it since.

If the latest theory from Wedbush analyst Michael Pachter is anything to go by, there may be a good reason for the lack of release date news.

Pachter believes that the growing Nintendo Switch install base could lead to sales of 40 million units for Breath of the Wild 2.

Asked by Gamingbolt if the Breath of the Wild sequel could match the sales of the original, Pachter said: “I think it will sell more. Bigger install base, and the brands that everyone buys Nintendo systems for are Zelda and Mario Kart and Smash Bros.

“And how many Switches will be on the market by the time the next Zelda is out, 75 million?

Clearly it’s in Nintendo’s best interests to release the blockbuster game when the console is in as many homes as possible.

Series producer Eiji Aonuma recently gave fans an update on Breath of the Wild 2, but it’s not exactly good news.

“Regarding the sequel, in order to make the vast world you enjoyed exploring in the original game even more impressive, the team is working hard on its development, so you’ll have to wait a bit longer before we can provide more updates,” Aonuma said during a recent Direct conference.

In the meantime, fans will be able to find out more about the world of Breath of the Wild when Hyrule Warriors Age of Calamity launches on November 20.

The upcoming Switch game takes place 100 years before the events of Breath of the Wild.

It features the same 1-vs-1,000 gameplay of the previous Hyrule Warriors game, which was developed by the team behind Dynasty Warriors.

“Travel into Hyrule’s past and fight to prevent the kingdom’s destruction in Hyrule Warriors: Age of Calamity for Nintendo Switch!” reads the official description.

“Unfolding a century before the events of The Legend of Zelda: Breath of the Wild, the fate of Hyrule hangs in the balance.

“Lead your forces onto the battlefield, then battle against the might of Calamity Ganon in the ultimate struggle for survival.”