It’s almost Valentine’s Day, and that means service games arere starting up their romantic event schedules. It’s no different in Borderlands 3, which sees the return of Broken Hearts Day once again.

From now until February 25, Vault Hunters will see “mysterious floating hearts swirling around lovesick enemies.” Shoot those hearts and six things might happen:

The sixth possible outcome is unknown at this time, but will probably be a pretty wacky thing. That seems on par for Borderlands 3. 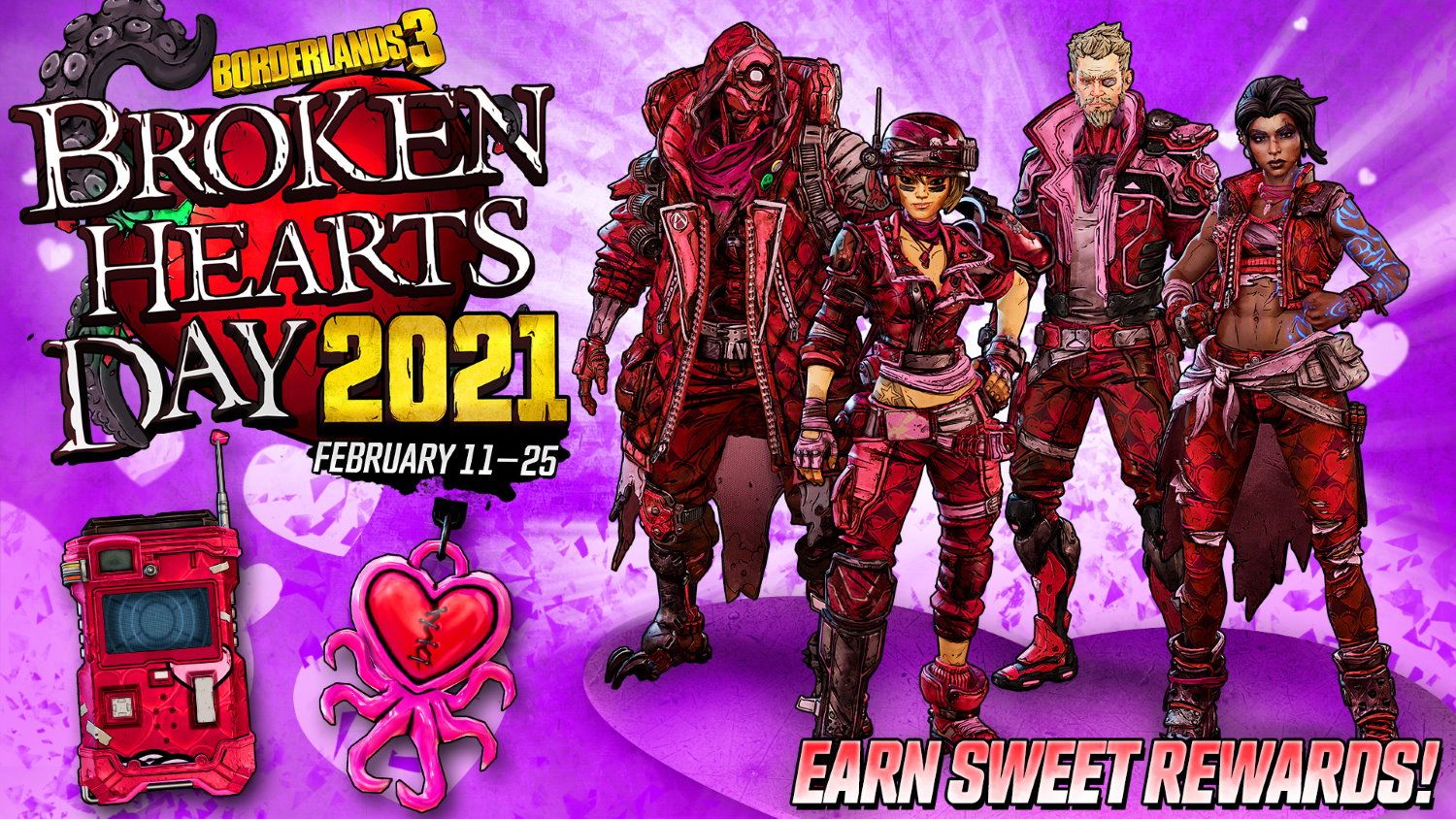 Also, Maurice the sentient Saurian has returned to Sanctuary III and is keeping track of your progress in smashing all those hearts. He says it’s because he wants to study your species’ mating rituals, but it sounds like he just wants to watch the violence. In any case, shoot enough hearts and you’ll get rewards, which includes:

Eagle-eyed Vault Hunters will recognize these items as basically the same as last year’s rewards, but they’ve been updated with a slightly different shade of red. Except for the weapons, which are the exact same as they were last year. Broken Hearts runs from now until February 25 at 8:59 AM PST.

In other Borderlands 3 news, The Director’s Cut launches on March 13 with a new raid boss and a series of murder mystery missions, while Tails from the Borderlands gets put back on digital store shelves on February 17 after an extended hiatus.