The second season of Blood Bowl is officially upon us, as Games Workshop opens up pre-orders for their popular tabletop game. Inside the box are two new and complete teams, the powerful Imperial Nobility and the infamous Black Orcs, with both including a Star Player and Big Guy. The new boxed edition also includes a hardback rulebook, a double-sided playing field, and everything you need to play. This is the essential purchase for new players, and will make a fantastic gift this holiday season. If you pre-order the game, GW will throw in a couple of goodies; two extra winter-themed dugouts and a beta access code to the Blood Bowl III video game on PC.

Existing players who either don’t need or want the full boxed game can pre-order the new standalone rulebook that comes as either a physical hardback or digital epub edition. It’s nice to see the same book that comes as part of the game available independently. Besides the official rules, GW has also released a generic Special Plays deck usable by all teams. It includes 48 Special Plays Inducement cards and some helpful reminder cards for Prayers to Nuffle, the Blood Bowl god. One thing of note, if you want to use these Special Plays you will need to pick up a deck as these are not included in the rulebook. 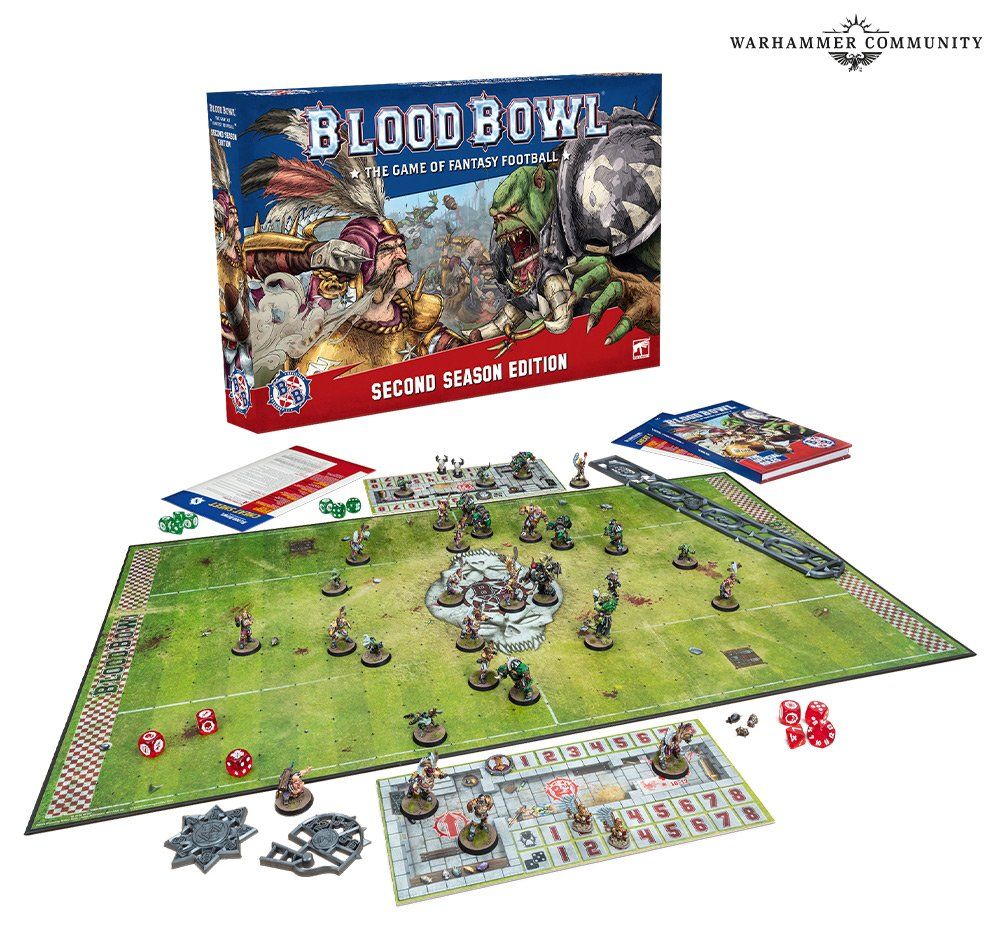 Blood Bowl wouldn’t be Blood Bowl if there weren’t more teams. Some good news for existing players first: you’ll be pleased to hear that all the previously released teams can still be used.

Joining the team roster for season two is the Wolfenburg Crypt-Stealers, a Necromantic Horrors team. The new kit contains 14 players, 6 Zombie Linemen, 2 Ghoul Runners, 2 Wraiths, 2 Werewolves, and 2 Flesh Golems. Two turn counters come in the form of Tombstones, and the additional included four footballs are all horror-themed. Supporting the Wolfenburg Horrors release is a new Necromantic Horror Team Special Plays deck. Other Necromantic Horror teams can also use this. Some bad news for GW fans in Australia and New Zealand, you will, unfortunately, have to wait a little longer before you can get your hands on the Necromantic Horror goodies; GW has stated December 19th. 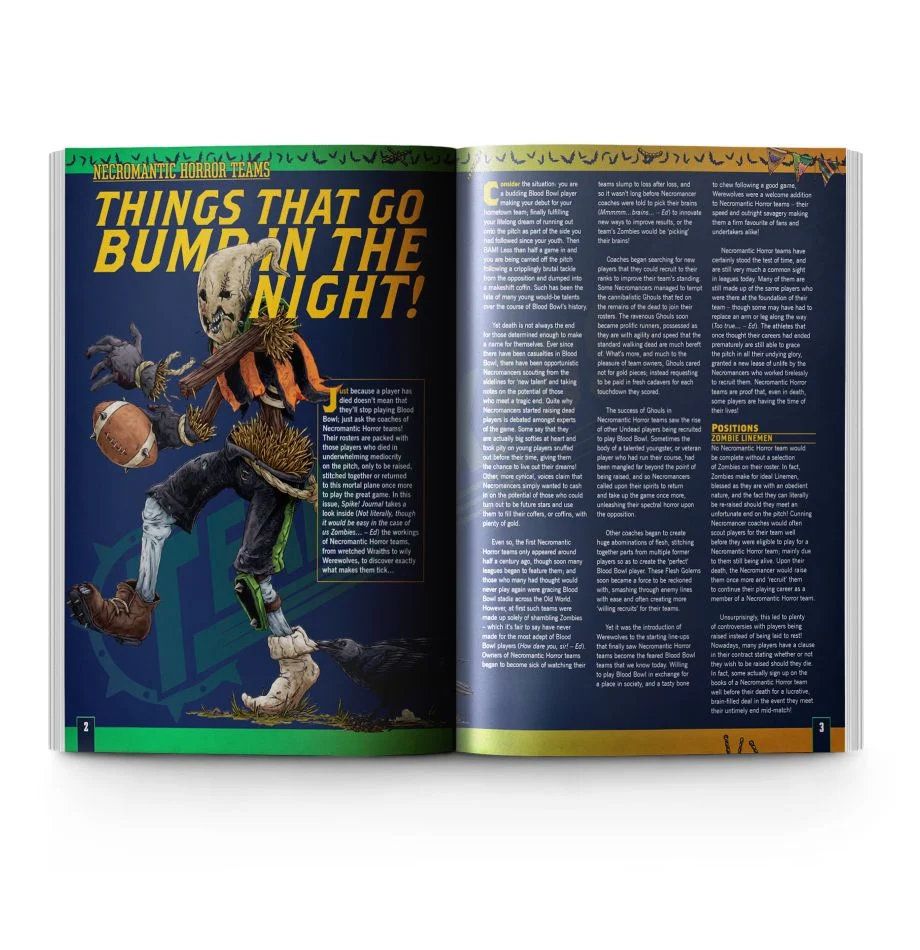 The latest release of Spike!, the Blood Bowl periodical is out and contains full rules for using the new Wolfenburg Crypt-Stealers team in your games. To say that Spike! Issue 11 is undead themed would be an understatement. It looks at some famous Necromantic Horrors teams and the Star Player profiles that can be hired; rumor has it that some retired players of old may return. You will also find rules for hosting your own night-time Spooky Skull Cup games in the Sylvania regions. Issue 11 is going to be a blast and is definitely one louder! 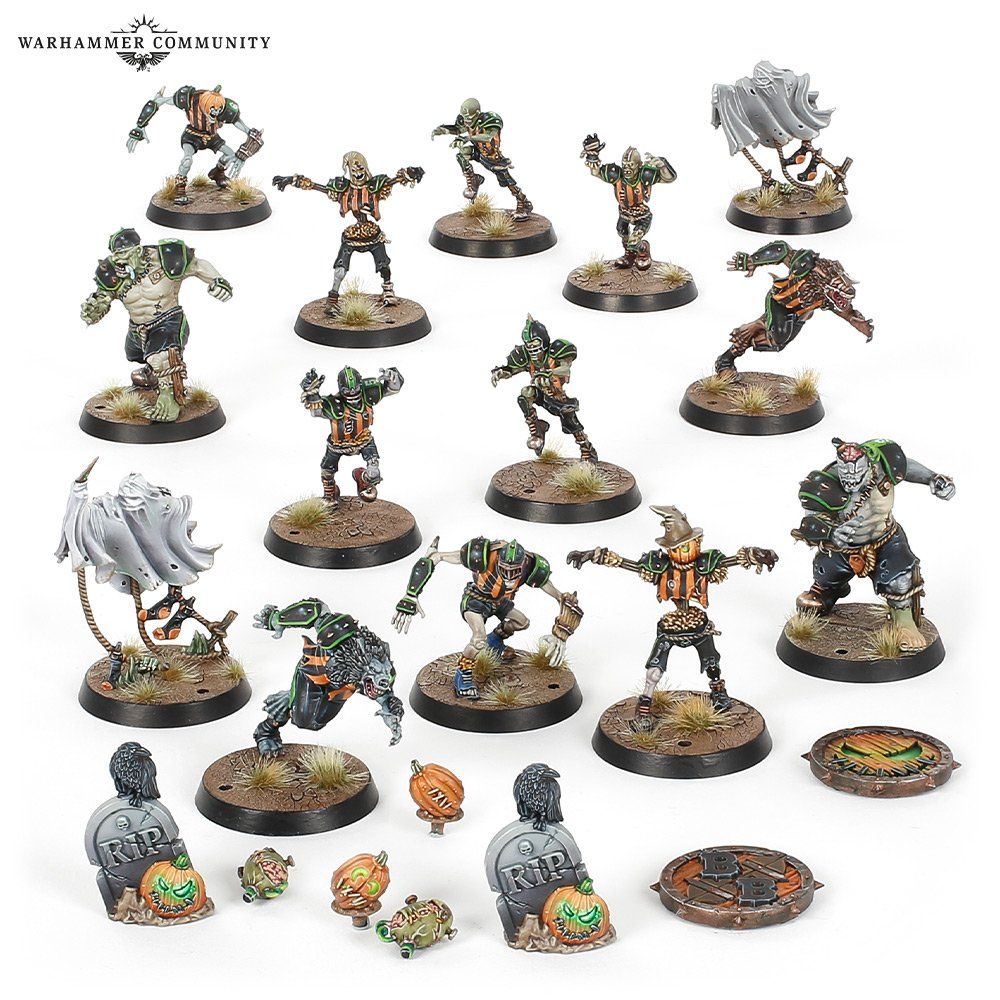 Rounding out the new GW Blood Bowl releases is a Necromantic Horror team dice set and a new Treeman player that can join Old World Alliance, Wood Elf, and Halfling teams. The multi-part kit gives two build options. For halflings, the Altern Forest version will blend seamlessly into their team and includes a bonus Star Player, Akhorne the Squirrel. The Loren Forest version lacks Akhorne but is still a great model to look at and would suit Wood Elf teams better. Players will be pleased to hear that the rules for Treemen are included in the Second Season rulebook. Treemen are typically slow-moving, sentient tree creatures but have exceptional resilience and strength and the ability to take and dish out a pummeling. Players of old who faced off against these can attest to their fortitude.

Forge World has something for Blood Bowl fans as well, in the form of a new resin model, Zolcat the Zoat. Observers will note this is the second Zoat offering from GW/Forge World this year. Could this be a sign of things to come in 2021? Let’s hope so because Zoats are cool and their origins can be traced back to the first edition of Warhammer 40,000 Rogue Trader. Full rules for including Zolcat in your Lustrian Superleague and Elven Kingdoms teams are already included in the Second Season rulebook. 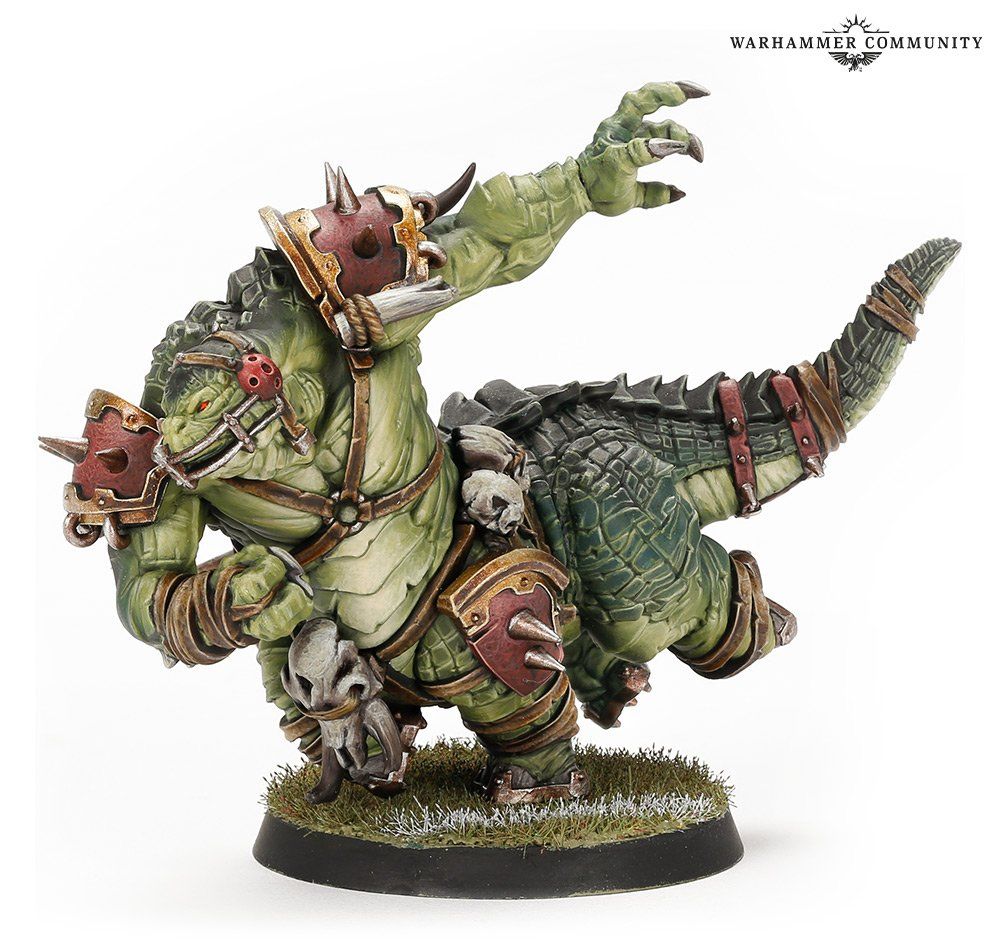 While on the subject of Forge World, they also have two new Questoris Knights for Adeptus Titanicus up for preorder. The Magaera and Styrix are available and bring with them some new options to the tabletop game. The Styrix has a powerful volkite chierovile weapon that can strip void shields from their enemies, while the Magaera has a devastating lightning cannon that can eliminate smaller targets quickly and cause some severe damage to larger foes. Both are nimble and devastating up close, with their Hekaton siege claw capable of ripping through armor. 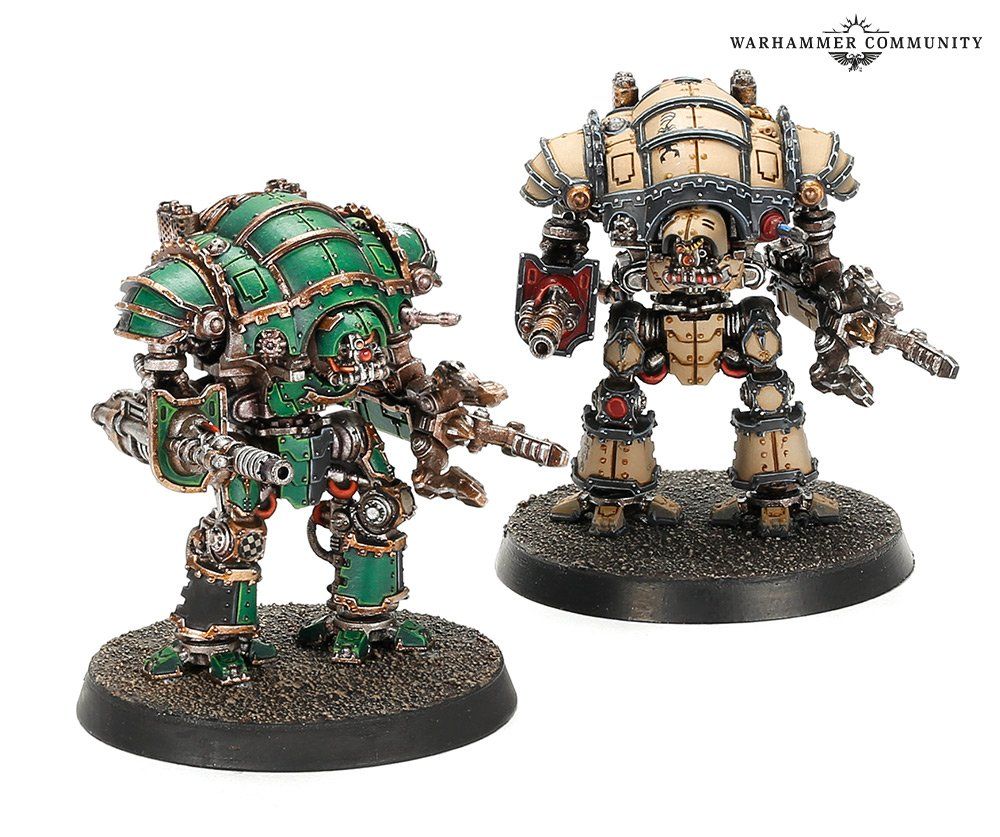 The next issue of White Dwarf will be available soon, and this month comes with a couple of freebies. How useful they will be, depends upon the GW games that you play, but for owners of the new Blood Bowl Treemen, you get the Star Player card for the aforementioned, and everyone’s favorite tree-dwelling rodent, Akhorne the Squirrel! White Dwarf has all the regular features that we love and enjoy, along with some special rules for a Warhammer Age of Sigmar mini-game. There is some good news for White Dwarf’s own Warhammer 40,000 Space Marine Chapter, the Tome Keepers. If you have been following along, White Dwarf set out to create a new chapter from scratch, and to round things off it has an entry in the Index Astartes – the official Space Marine Chapter reference.

NEXT: Catan Gets An Anniversary Edition For 25 Years – What The Game Means Today