While Blade and Sorcery's engaging and satisfying physics-based combat is its main selling point, the game's easy-to-mod nature is also an important part of the appeal, and with the breadth and scope of the mods available on the Blade and Sorcery Nexus Mods page, it would be a shame not to indulge in the odd modding spree.

Many mods have been updated for the game's current version (U10), and even if a mod is out of date, reverting the game to a previous version is a simple affair that lets you experience what mods that aren't very frequently updated have to offer too. While it's well worth browsing the mod pages for yourself, what follows are some mods that are so good, you just have to try them. 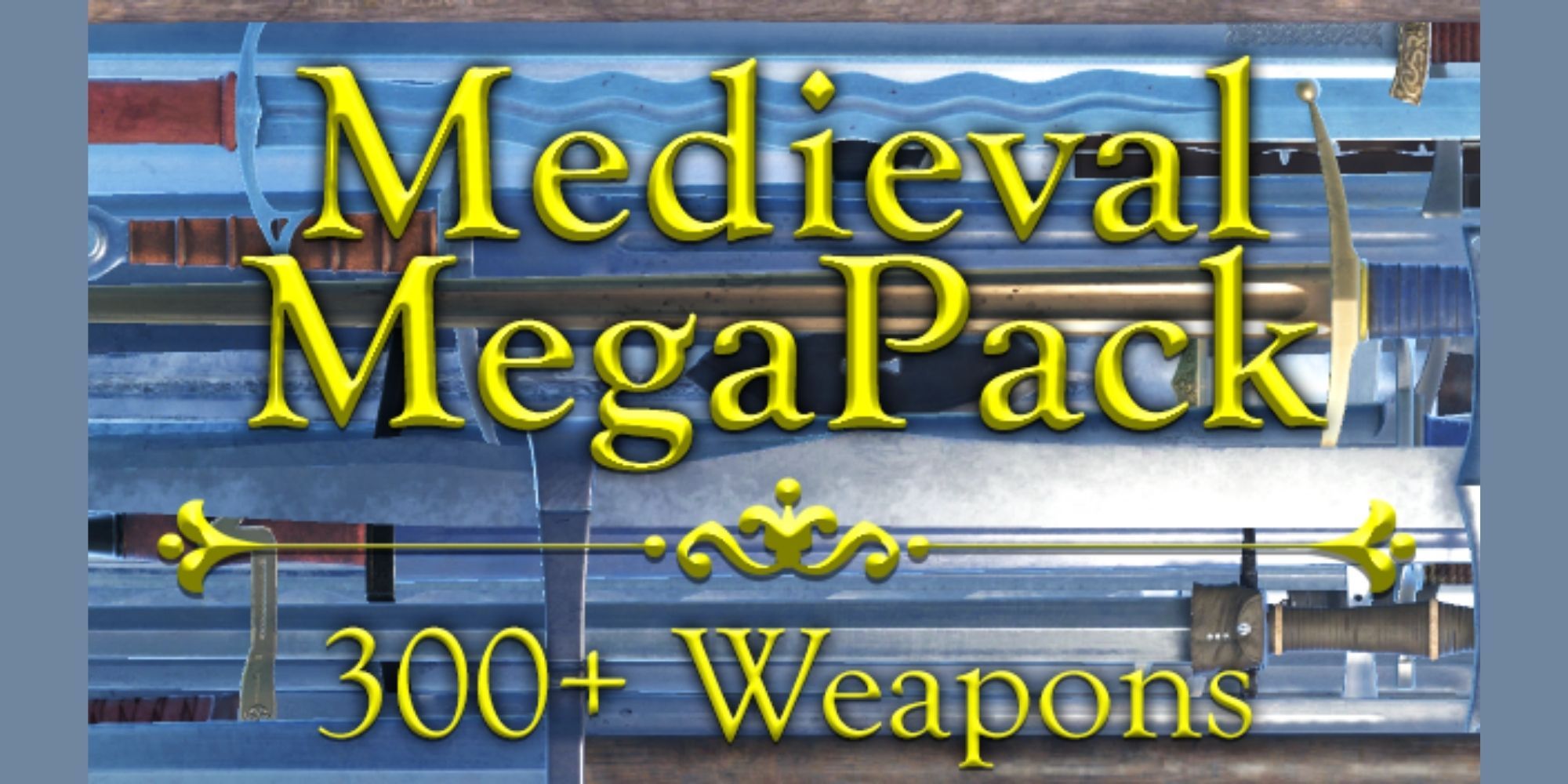 While the base game features a generous lineup of weapons from the Middle Ages, the Medieval MegaPack hugely expands upon your arsenal by adding over 300 incredibly cool weapons to the game. With this mod, you'll have more armaments than you know what to do with: estocs, stilettos, kukri knives, katanas, sabers, zweihanders, or just really big hammers – If you can imagine it, odds are this weapon pack has it.

The Medieval MegaPack is compatible and ready for use with U10, so be sure to think of it the next time you feel like carrying a literal anvil into battle. 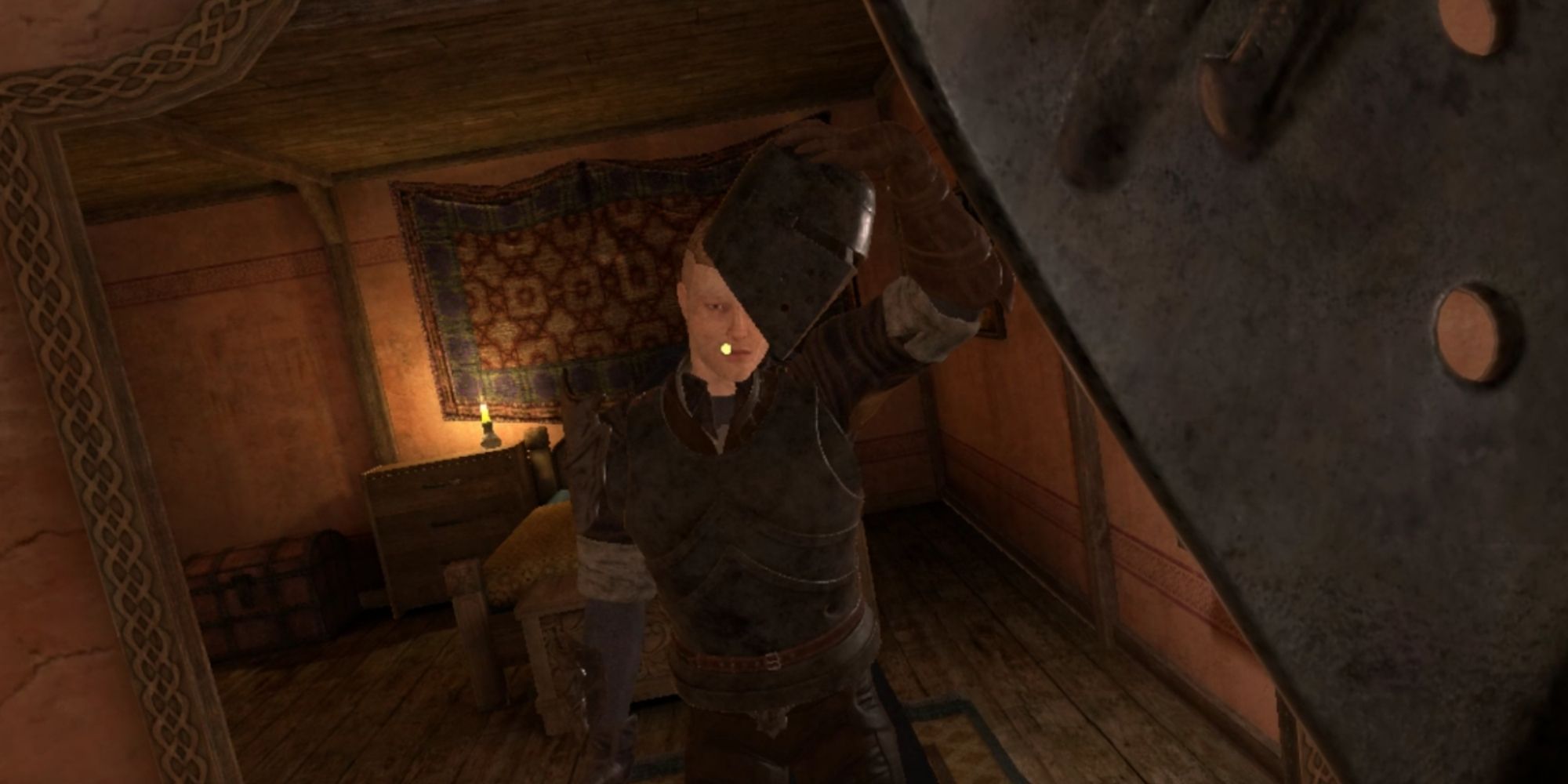 An oldie, but a goodie, Bone Holsters takes the weapon-stowing system used by the game and overhauls it, creating a physics-based armor system complete with strengths and vulnerabilities versus specific damage types. This can make for some particularly intense duels, as you and your opponent try to find gaps in each other's defenses, or make use of bludgeoning weapons such as maces or mauls to break them off of each other instead.

Unfortunately, Bone Holsters has not been updated in some time and the latest version is only available for U7. While it will require rolling back in order to use, it nonetheless stands out as one of the game's best mods and is definitely worth your time to check out. 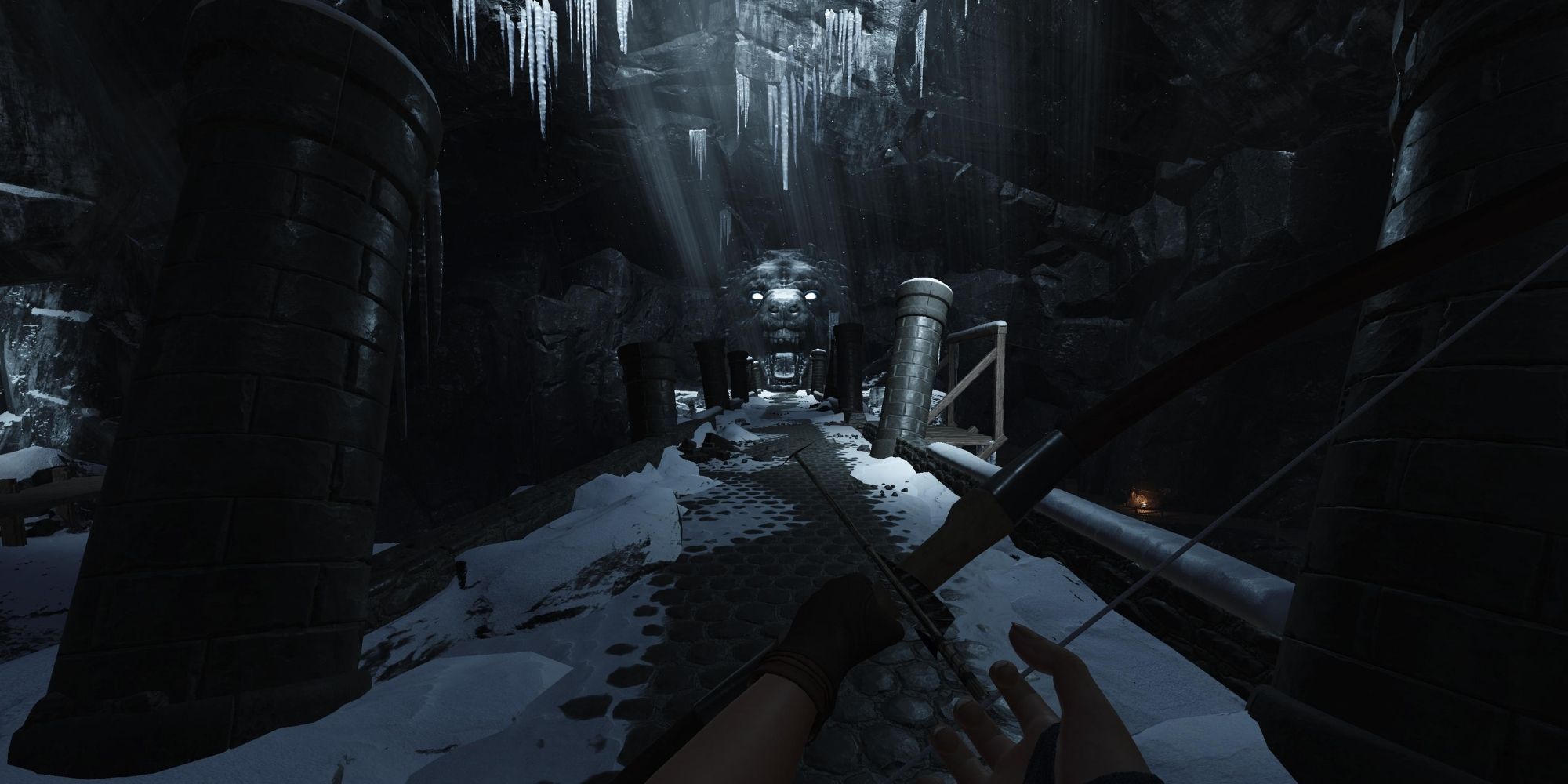 If you're looking for map packs, there are none more moody and atmospheric than those added by Nocturnus. This mod lets you fight, flourish, and fireball your way through desolate moonlit villages, scaffolded arenas kissed with ice, yawning, abyssal chasms straight out of the Lord of the Rings, and more.

The quality of these maps is second to none, and its comment section is home to a petition signed by countless fans to include the mod in the base game. Unfortunately, Nocturnus is still awaiting an update for U10, so using it will require rolling back to version U9.3 or earlier.

8 The Cabal – Faction and Boss Waves 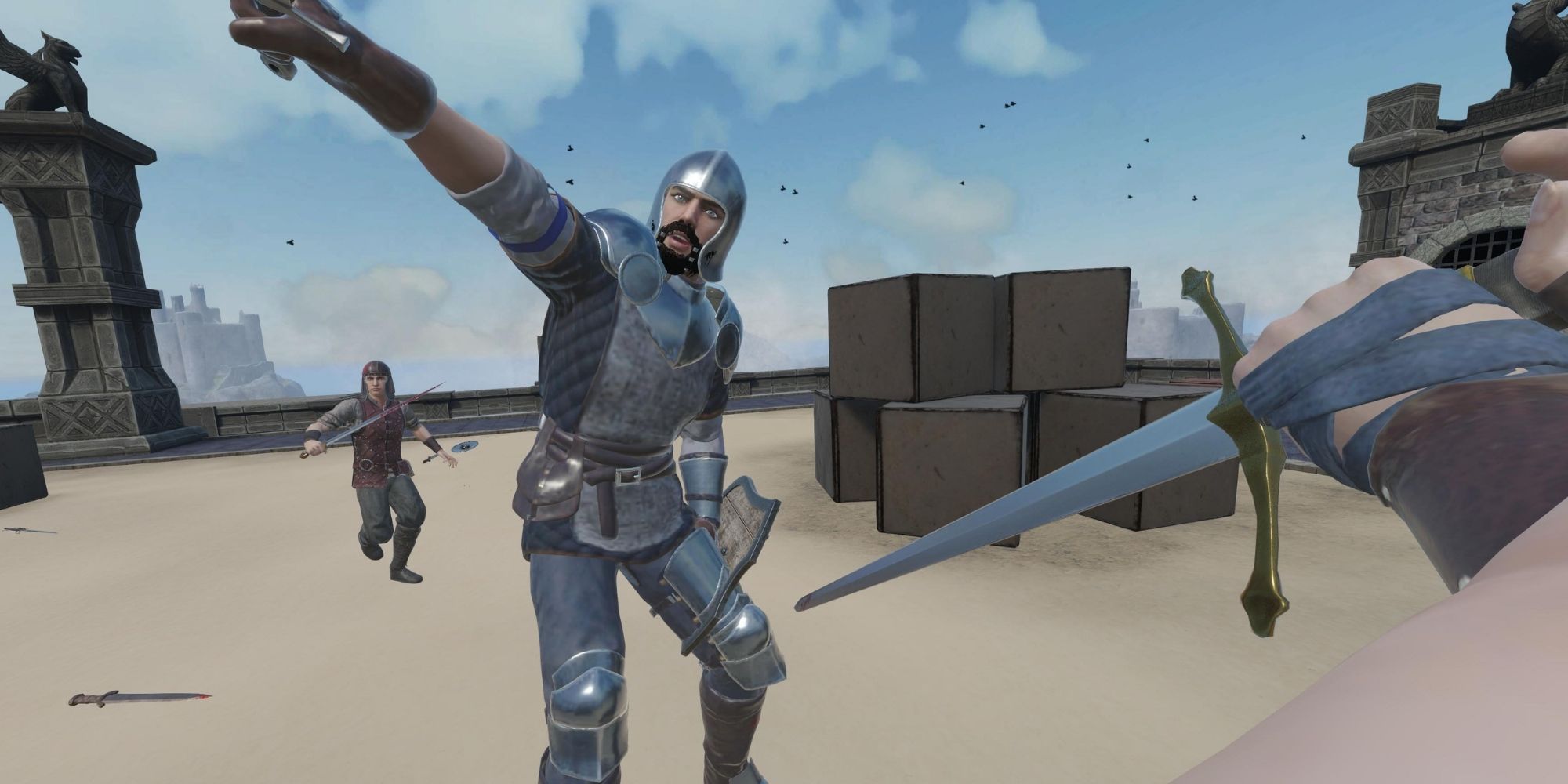 If you've ever wanted a greater challenge than spawning the same waves of basic enemies the game offers by default, this next mod might be for you. The Cabal offers something approaching a narrative through the improved waves that it adds, which are structured so as to increase in challenge as you fight, and are each 46 enemies long.

These new challenges culminate in a final boss, where you face the Baron, a powerful enemy with a ton of health and immunity to disarming or dismemberment. The mod is a complete breath of fresh air and is also U10-ready, so be sure to give it a look. 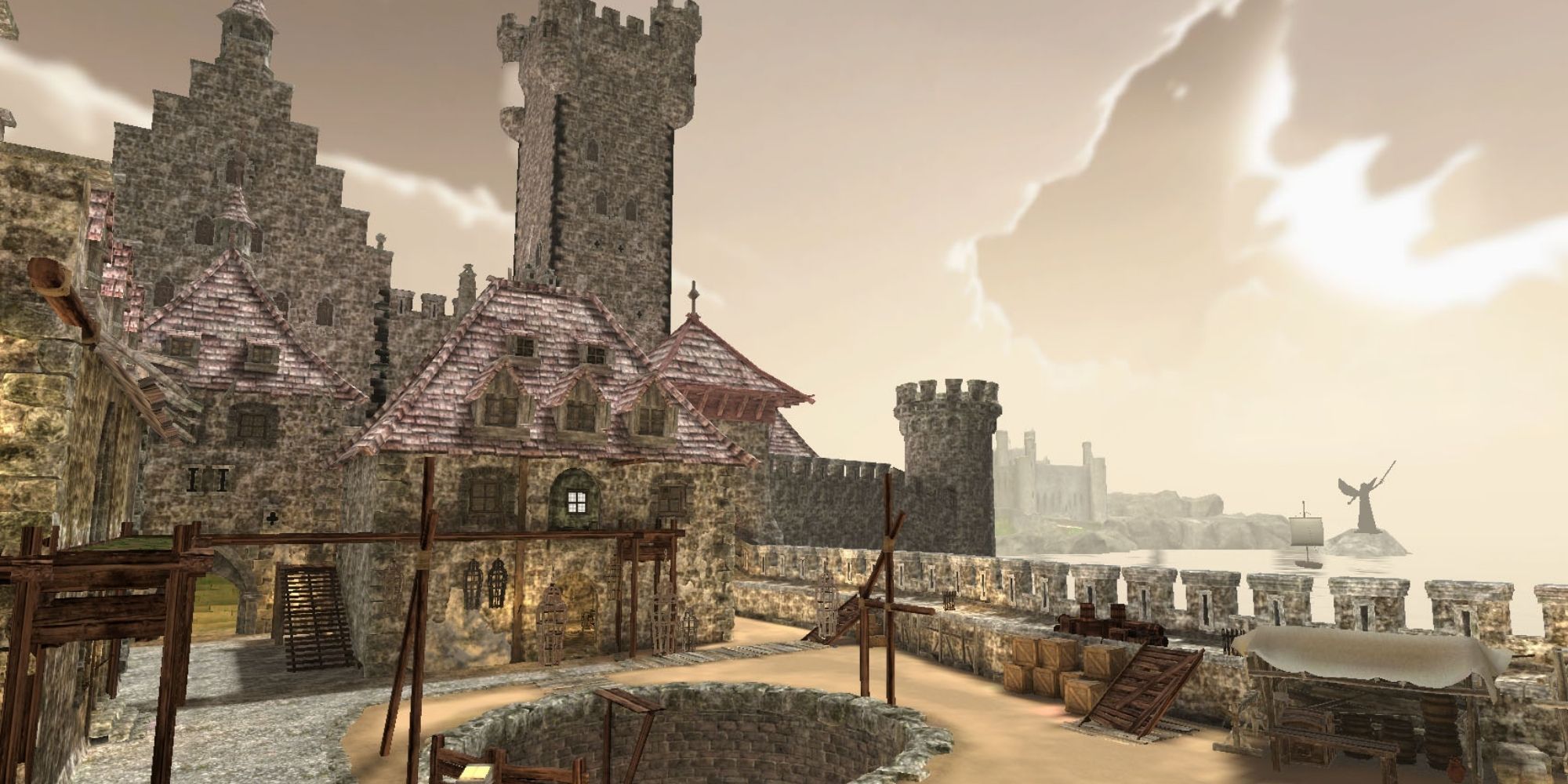 Before Dungeon mode came along in U10, Dungeon Gauntlet II was the go-to mod that let you live out all of your dungeon-crawling daydreams. The mod places you in a series of areas connected via fog walls, à la Dark Souls, and is specifically designed to follow the same difficulty progression as the Cabal (which is a requirement), capping off with a fight against the Baron in his throne room.

Exploring the gauntlet makes up the bulk of the fun, however, since you have a choice of paths to take, some of which may even require some creative platforming to traverse safely. Dungeon Gauntlet II is only compatible with U9 and earlier, however, and so will require rolling back in order to use. 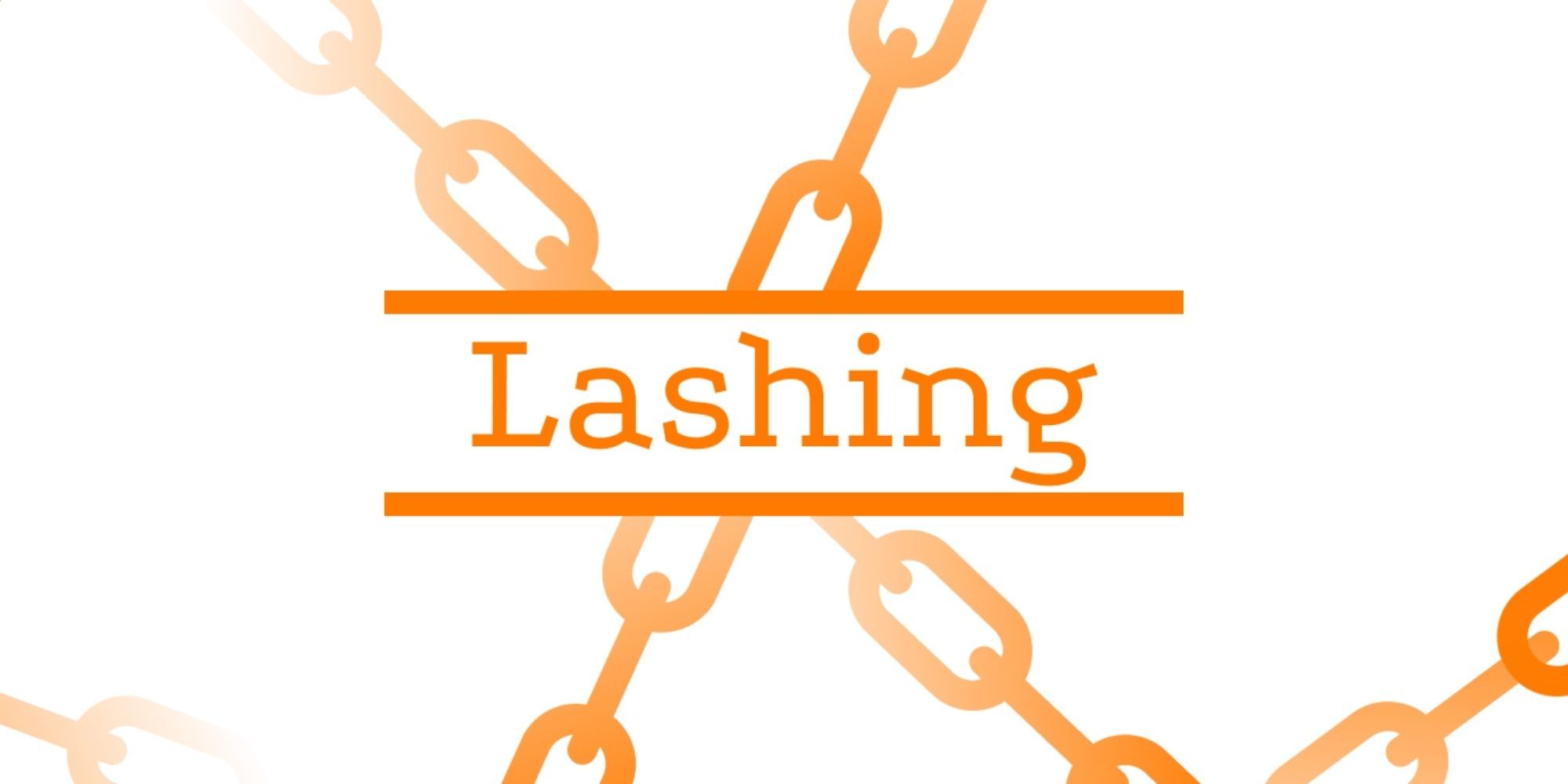 Lashing is one of the most interesting mods made for Blade and Sorcery by virtue of the fact that it has an incredible number of applications depending on what strikes your fancy. Connect enemies and items together, zipline or sling around the map like Spider-Man, or create bombs that viciously pull everything in the blast radius together like a singularity straight out of Mass Effect.

These new features are so unique and fun that it's a must-try for any player. An updated version with extra features, Lashing 2, is U10-ready and a ton of fun to use in the dungeon, so keep it in mind for a fresh experience. 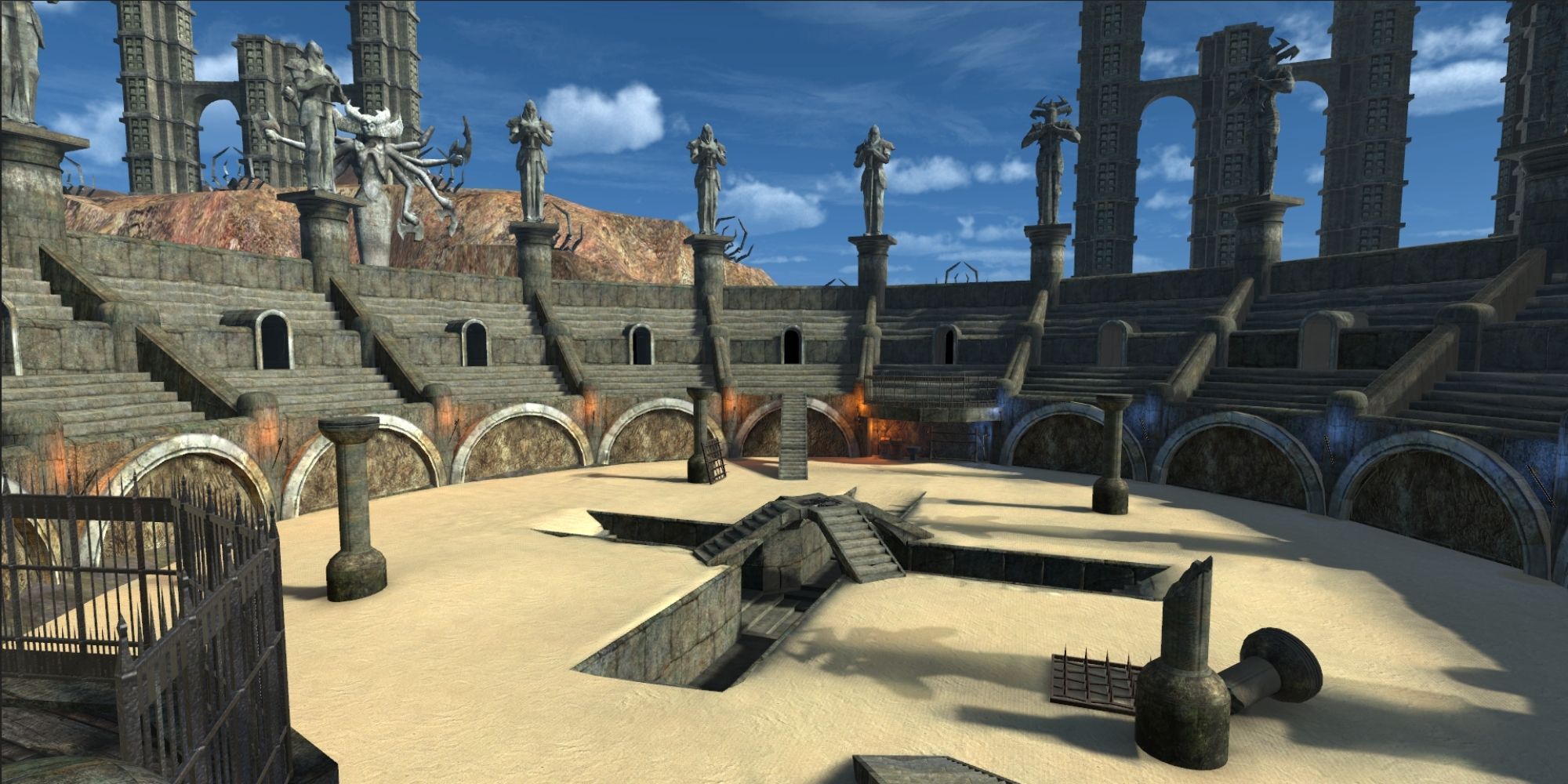 Is the regular arena map in the base game not doing it for you? Would you prefer an epic fight in a grand Colosseum beneath a vast ring of ancient statues? This map, ported from a beloved title of Arkane Studios, Dark Messiah of Might and Magic, has exactly what you're looking for.

This huge arena features a survival game mode, interactable braziers, plenty of spike traps, and a platform at the center of the arena that provides a handy escape below if you need room to breathe. The map is optimized for good performance and doesn't clash too harshly with the art direction of the game. The latest version only works with U9.3 however, so be sure you have the correct version of the game downloaded. 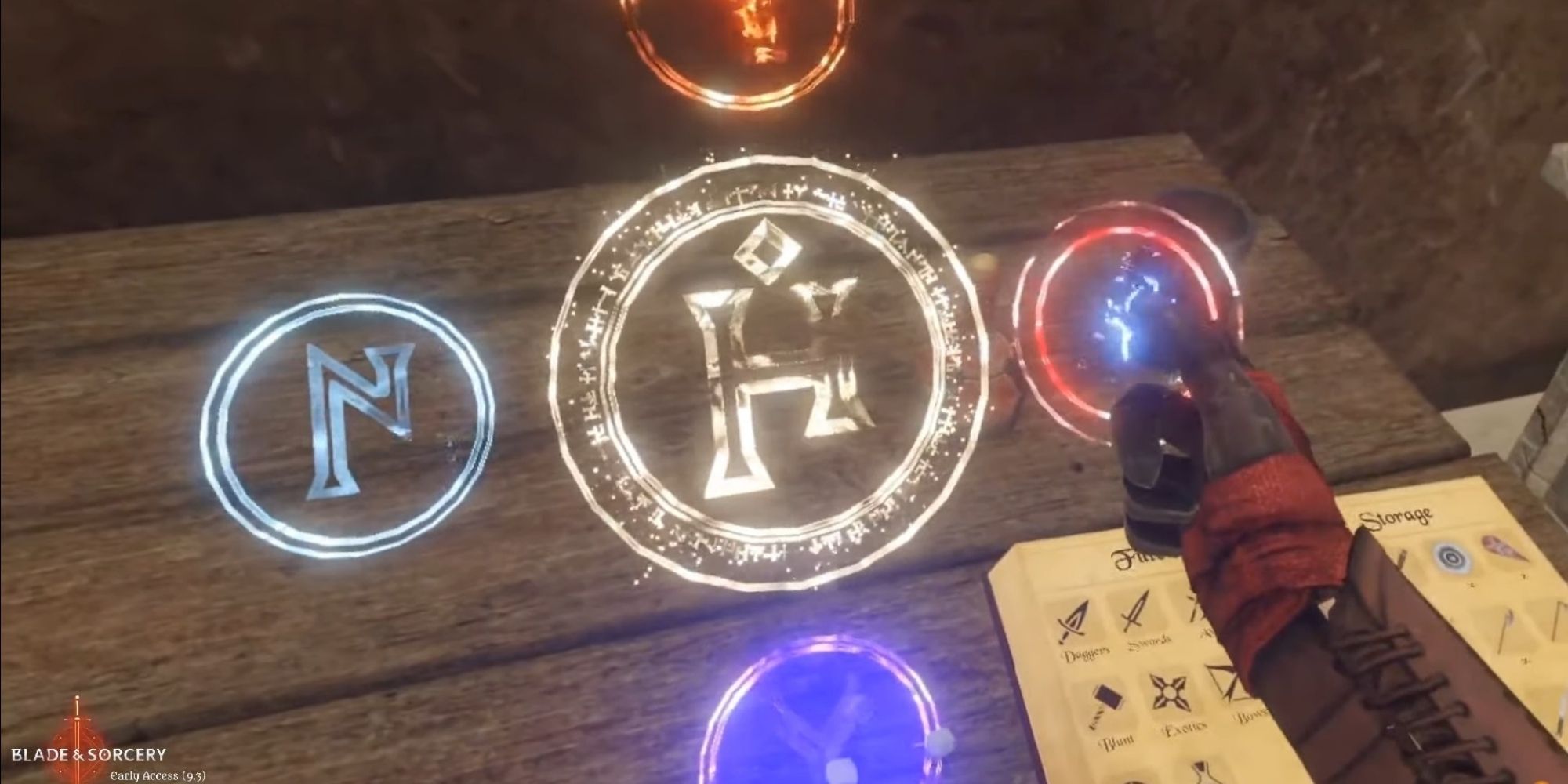 Sometimes, you need a little something extra to finish off a particularly bothersome wave of enemies, and this mod scratches that itch nicely. Heartbreaker adds a new magic option for you to use that allows your hand to physically 'phase' through objects, indicated by your arm appearing to vibrate rapidly.

Phasing gives you the opportunity to move your hand through the chest of your enemy, where their heart is quite literally in the palm of your hand. If you want to feel like an anime villain, Heartbreaker is updated and ready to use with U10, though requires the InputSteamVR Patch for all its features to work correctly. 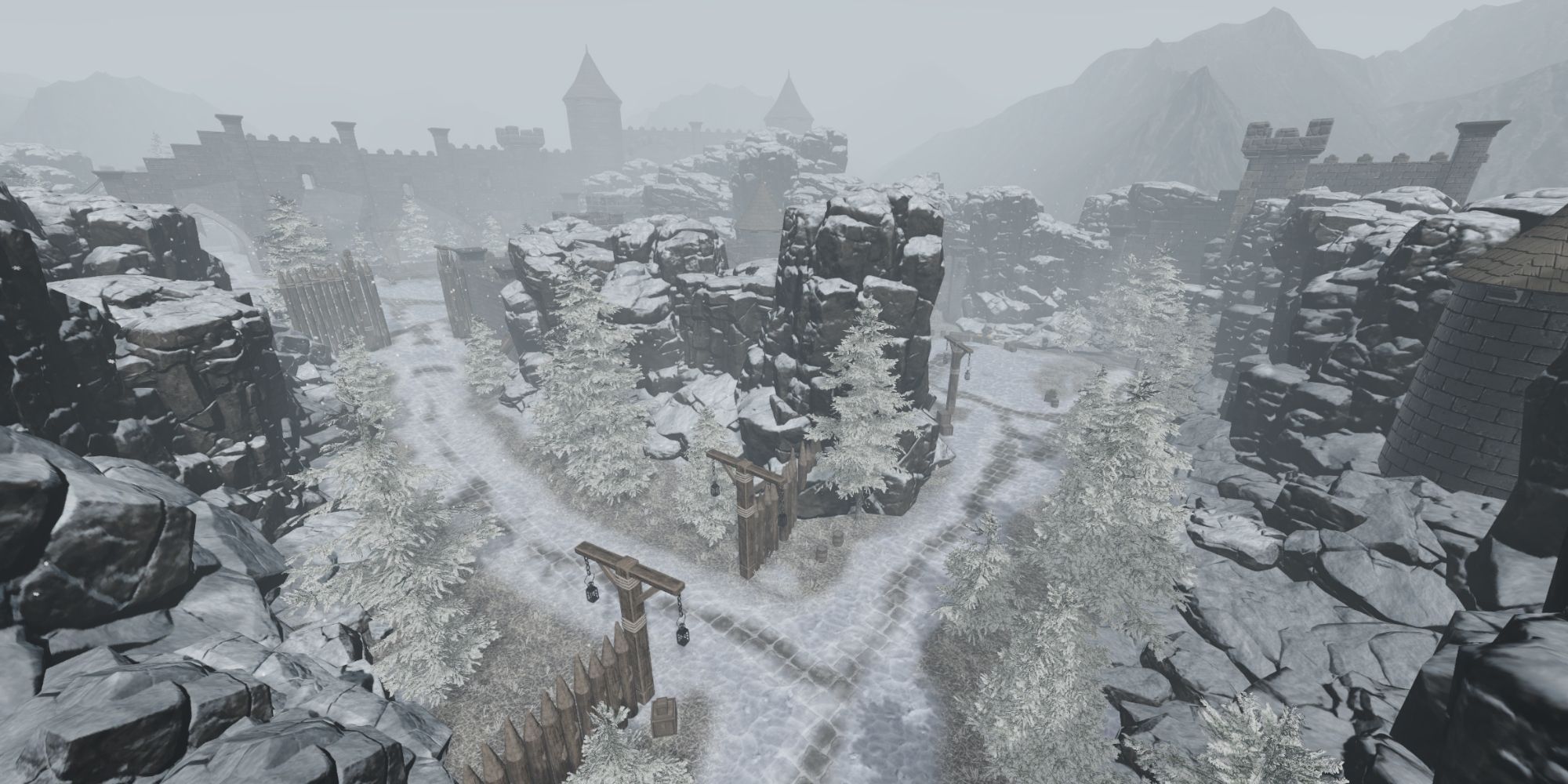 Another fortress mod, Fort Toth is a huge map mod located in snowy mountains reminiscent of those found in the icy northern land of Skyrim. Several connecting routes through the fortress and a performance-friendly art style that not only blends really well with that of the game but looks great on its own, combine to create an immersive experience that you can quite literally get lost in.

Spawn-books are located all over the place, so between pitched battles on the fortifications and all-out melees in the icy courtyard, you'll have plenty to do. Fort Toth, unfortunately also requires rolling back to U9.3, but is more than worth the effort to try out. 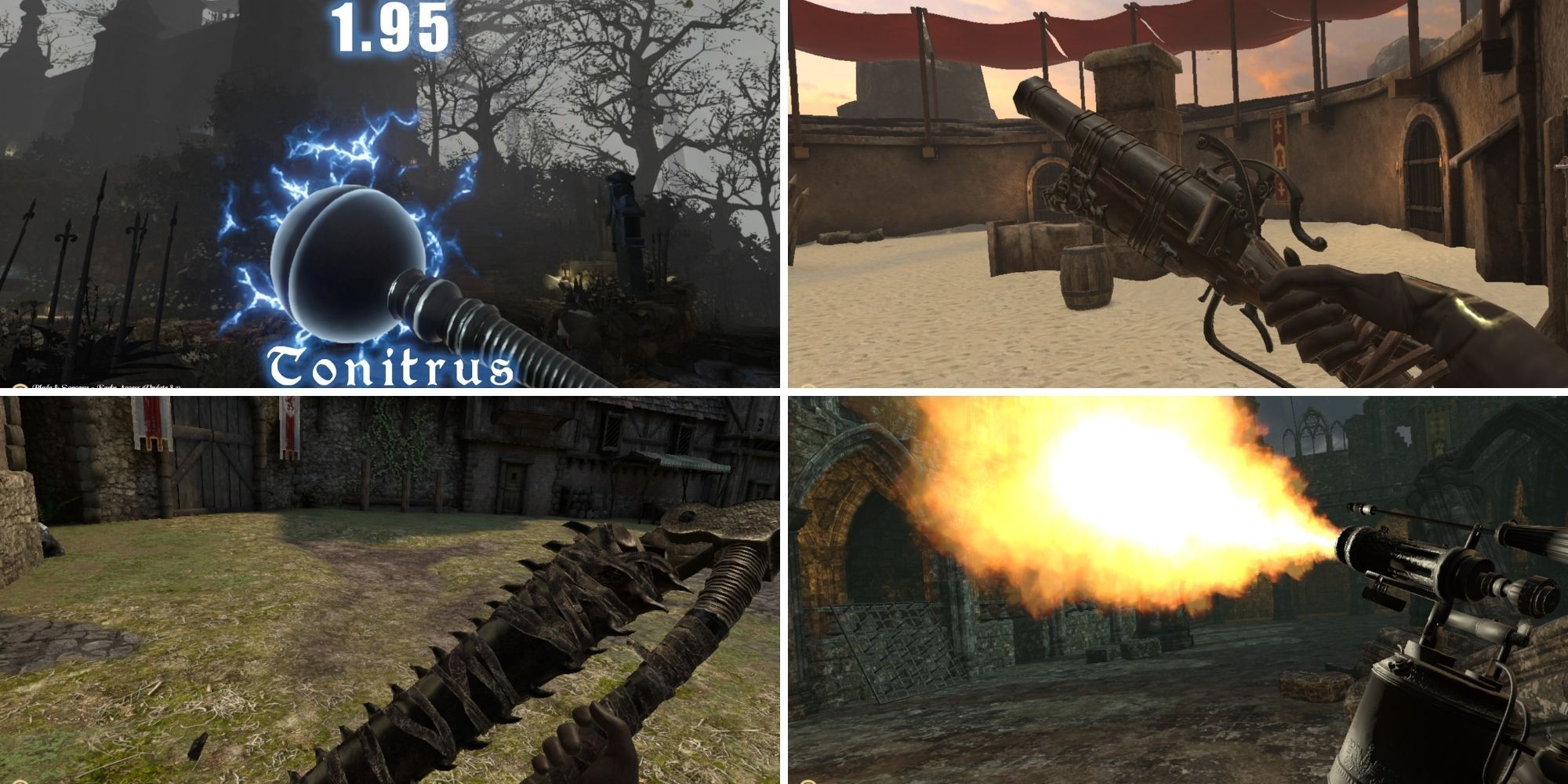 Blade and Sorcery doesn't quite pit you against werewolves or eldritch horrors (yet), but whoever said the hunting tools of Bloodborne weren't universally applicable? The Hunters Arsenal mod adds trick weapons from all over the shop, along with their fully functional transformed counterparts.

Whether you're a Whirligig Saw appreciator or a Threaded Cane connoisseur, there's something new – and just a tad ridiculous – for you to use. Hunters Arsenal's version is current with U10, so if you have the latest update installed, why not give it a try? 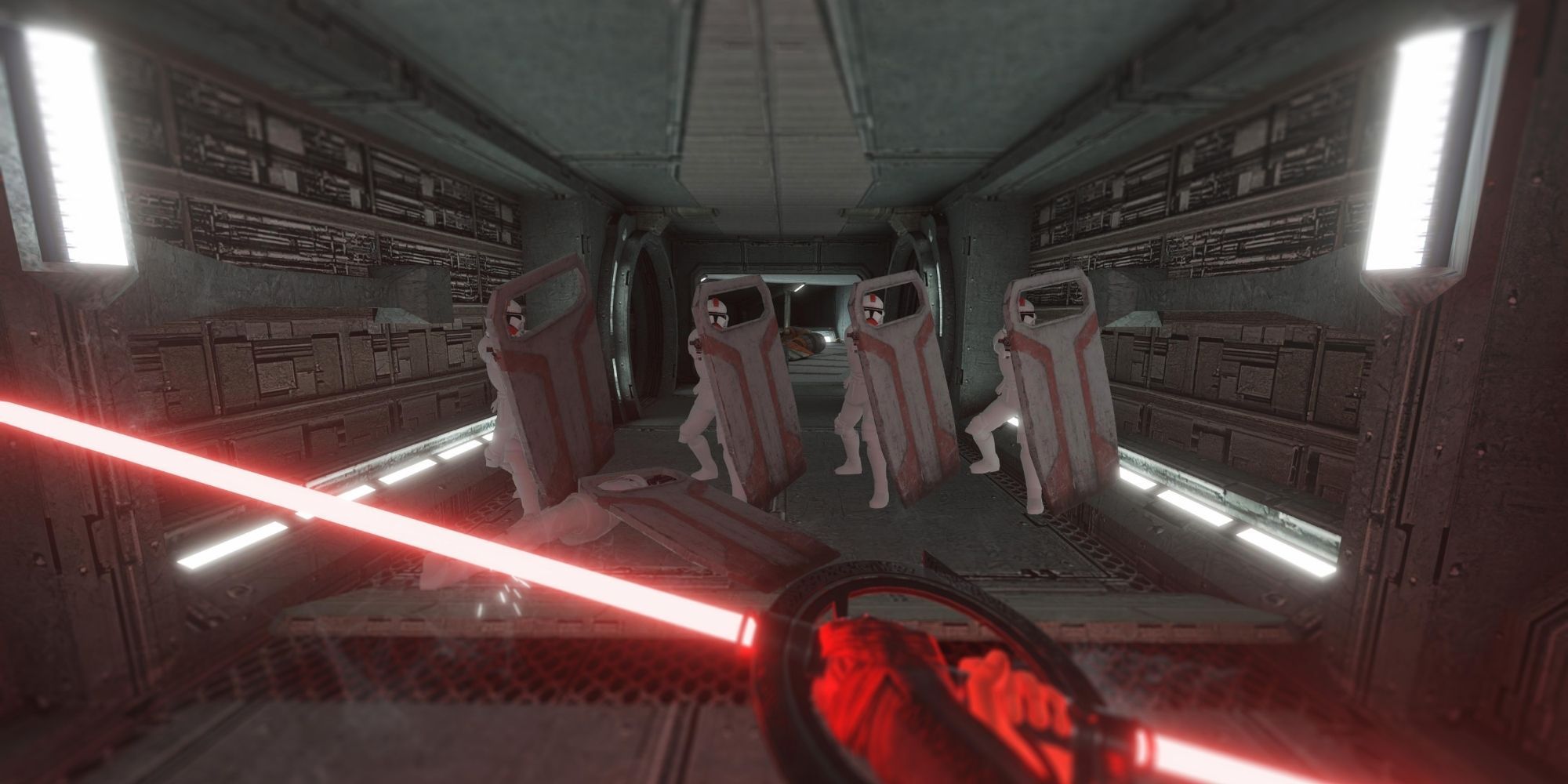 No combat-centric game is complete without its Star Wars conversion mod. The Outer Rim adds everything fans from a galaxy far, far away could ever want: just about every lightsaber design or blaster used by legendary heroes and villains found across the galaxy, buffed magic that nicely emulates force powers, and several new maps and game modes to test out your new toys in.

Be warned though – deflecting a stormtrooper's blaster bolts is a lot harder than the Jedi make it look. The Outer Rim is ready to use with the U10 build of the game – so what are you waiting for? Go give it a shot!