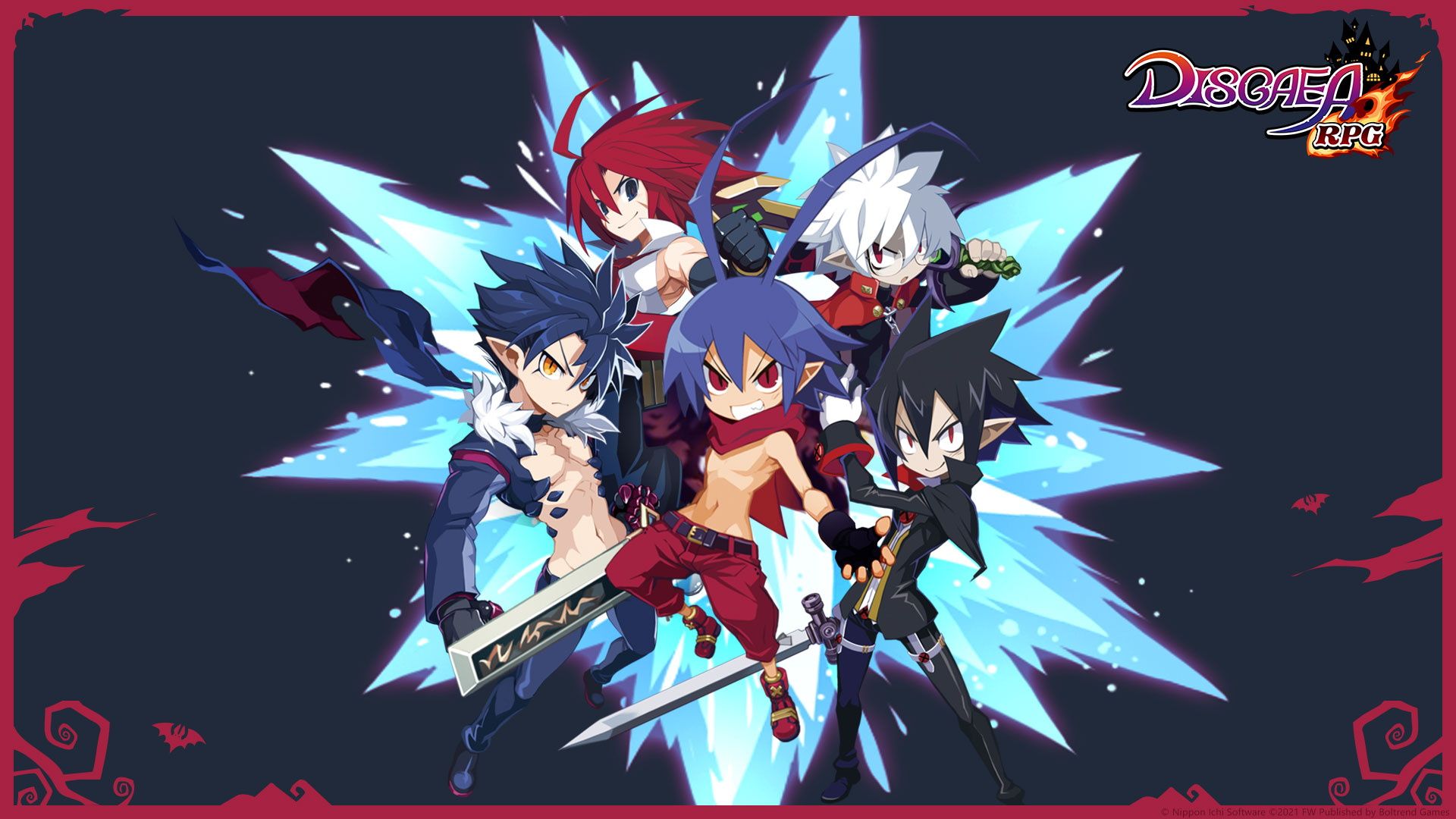 The latest batch of smartphone games includes a free-to-play Disgaea spin-off, an alien dating sim, and the excellent Dicey Elementalist.

With more and more games presenting themselves as free-to-play, it’s easy to become cynical about their content. The old adage, that if you don’t pay for something you’re the product, is true in many cases, but certainly not all. This month’s releases contain a selection of free games, several of which are exceptionally good, from Disgaea’s full throttle addition to the world of gacha gaming to the monumentally addictive card battler Dicey Elementalist.

You’re a private detective investigating a mysterious letter from your father, by working your way through a series of 3D flat-shaded dioramas, each of which has its own set of puzzles to solve.

Find clues, keys, and useful objects by rotating each area to look at rooms and furniture from all angles, then use what you find to unlock doors and figure out each escape room style problem.

It looks lovely, and its puzzles are brain teasing enough to be satisfying but compact enough to be a good fit for mobile.

Using Disgaea’s whacky characters, talking penguins that call you ‘dood’, and turn-based battles, this mobile incarnation crams in a staggering level of complexity, as well as the expected gacha mechanics.

With scant introduction, it assumes a working knowledge of characters drawn from every game in the series, in a plot that’s convoluted, funny, and wilfully bizarre. The focus, though, is its turn-based fights with stupidly high level caps and a huge roster of combatants.

Daily login bonuses, auto-battle, and the usual solecisms of free-to-play gaming can’t crush its anarchic spirit, and especially for fans of the series, it’s a solid time waster that doesn’t necessarily require investment of real cash if you’re up for a long grind.

Billed as an intergalactic dating sim, Tender gets you to set up a profile on an alien matchmaking site, swiping left to reject and right to hook up with potential extraterrestrial suitors.

Using potted text responses to chat and flirt, you’re free to un-match at any time, but your real goal is to arrange dates, which occur in real-time on the hour and day you agree. Miss one, and your alien friend-with0benefits will be justifiably upset.

There are no in-app purchases, making this a genuinely free endeavour, even if it remains more oddity than game. If sim dating space monsters sounds like your cup of tea, there’s literally nothing holding you back.

Like Captain Toad: Treasure Tracker and Tiny Room Stories, Wonderbox takes place in a succession of little rotatable 3D scenes that require close investigation from all sides in order to solve its puzzles.

Wonderbox’s heart, though, is the ability to build and share your own levels using its excellent and highly intuitive tool set. If it can pull off the same feat as Dreams did on PlayStation 4, and build a community of creators, its future could be very interesting indeed.

In common with other outings in the Faily series, Faily Brakes Classic has you plunging down a hill in a car, steering around obstacles, and picking up coins and power-ups. Hit a rock or tree and your driver gets catapulted from the vehicle, rag doll-style.

There’s only one course, and while you can unlock new cars and outfits for your driver, both are only cosmetic, making every run functionally identical apart from its procedurally rearranged obstructions.

Although the gameplay loop remains lightly compelling, its almost absurd simplicity and frequently random-feeling failures make it seem more like a proof of concept than a paid-for game.

As the only forest creature with opposable thumbs, it’s up to you to save the world from a devastating sentient storm, in this charming platform game that gives you exactly six actions on each run before you have to quit and start again.

That means planning every attempt by choosing the right pieces of equipment and making sure you pick them up in the order you’ll need them as you move between obstacles, conversations, and locked doors.

Clever, unique, and often pretty puzzling, Sixit is another title with no enforced microtransactions, although you can choose to support its developer to the tune of £1.99.

Dicey Elementalist is a roguelite deck builder relying on the interaction between the cards in your hand and a set of dice you roll when it’s your turn to attack, with each room you enter containing a battle, shop, treasure chest, or Yahtzee-alike dice game to win prizes.

As you progress things get increasingly involved; cards start to affect one another and you get better at building decks with synergies, balancing dice rolls with the strategic elements you control.

You’re never forced to watch ads, it has a hugely likeable art style, and its gameplay is deep enough to provide considerable longevity. A potential classic in the making.

Set 1,000 years in the dystopian future, amongst the ruins of old California, Knights Of San Francisco is a text adventure with occasional monochrome illustrations.

You play an apprentice necromancer heading into the ancient remains of the Transamerica Pyramid in search of your lost brother, using conversation and turn-based fights, that involve dice as well as text choices – making each one its own tense little story.

Beautifully written and illustrated, it takes a decidedly modern approach to an old school genre and is a delight throughout.