The LCMG is another underrated weapon in Battlefield 2042 and you shouldn't ignore it. Considering the problems with bloom in the game, the more bullets you have the more chance you've got of hitting someone. With the right attachments, the LCMG can be loaded up with 400 rounds. Yep.

This attachment guide requires a bit of grinding as most of the best attachments are unlocked a bit later on. We'll also give you a couple of tips on how the LCMG plays. 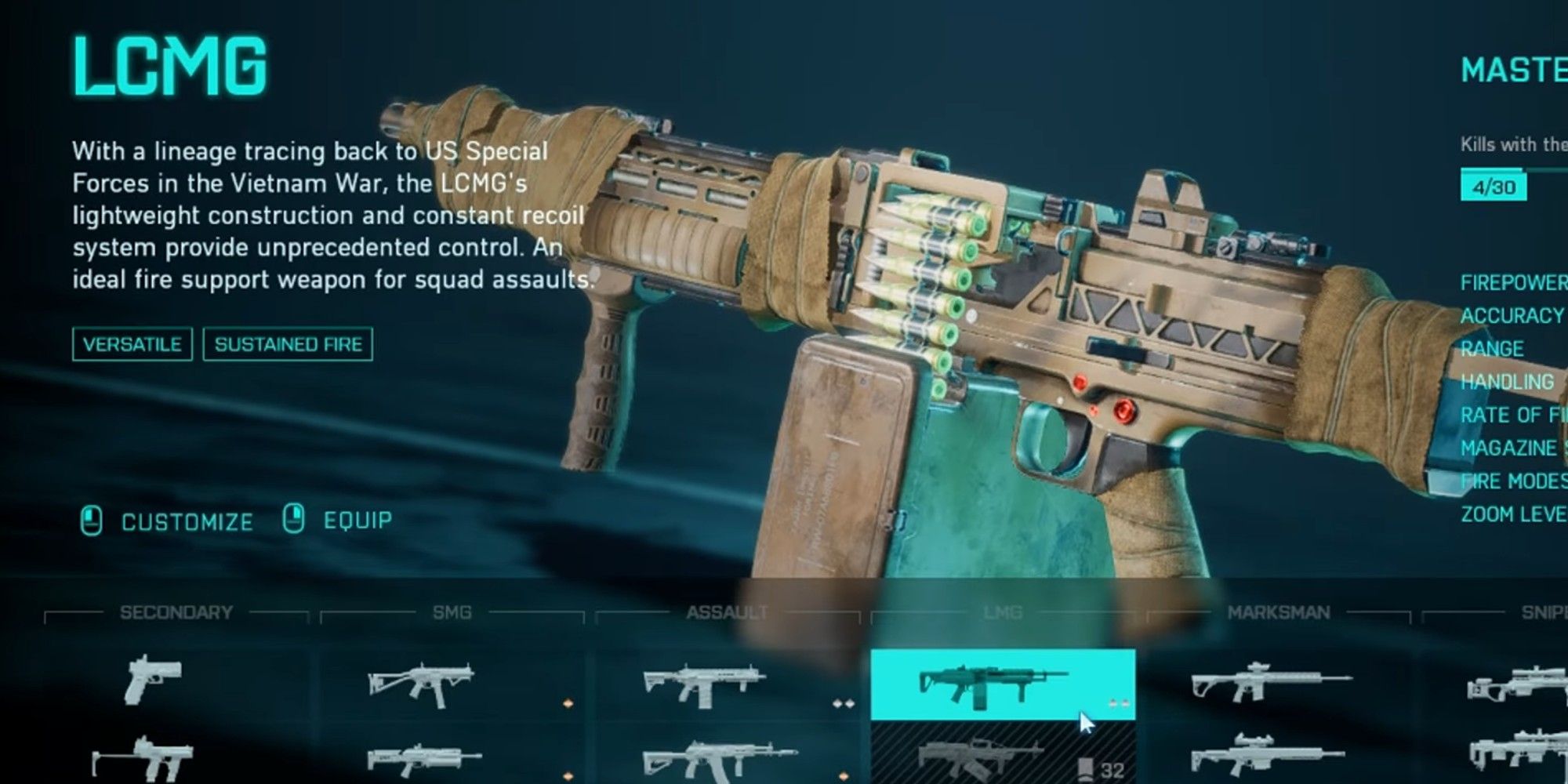 The LCMG is an excellent weapon: it has a lot of versatility with a huge magazine that can be supplemented with an underbarrel shotgun for close-range encounters. It has low recoil, plenty of damage, and remains stable even at medium to long-range. Once you've turned to the LMGs, it's pretty hard to go back to regular assault rifles.

The LCMG has two main uses: as a close range massive SMG or a medium to long range beam machine that you can use while on the move, essentially an assault rifle with lots of ammo. This gun is pretty strong and we expect there are likely some changes on the horizon for the LMGs in 2042.

Check out some of our other loadout and attachment guides below: