Final Fantasy 7 Remake Part 2 may be a while away from release, but Aerith’s here to put a smile on your face with a flower, just in the form of a bracelet. Square Enix has opened up pre-orders for the extravagant flower bracelet based on the yellow lily flower found throughout Midgar, which is expected to be released in July 2021.

The bracelet’s beads are made of Amazonite, red, white and green agate, and quartz, while the flower charm is comprised of sterling silver with gold plating to better resemble the lilies and a pearl at the center to make it extra pretty. Just think of the bracelet as wearable materia to boost your energy and abilities throughout the day.

Here’s a preview of the beautiful flower bracelet and how it will fit on your wrist. The price of this piece is $127.99. 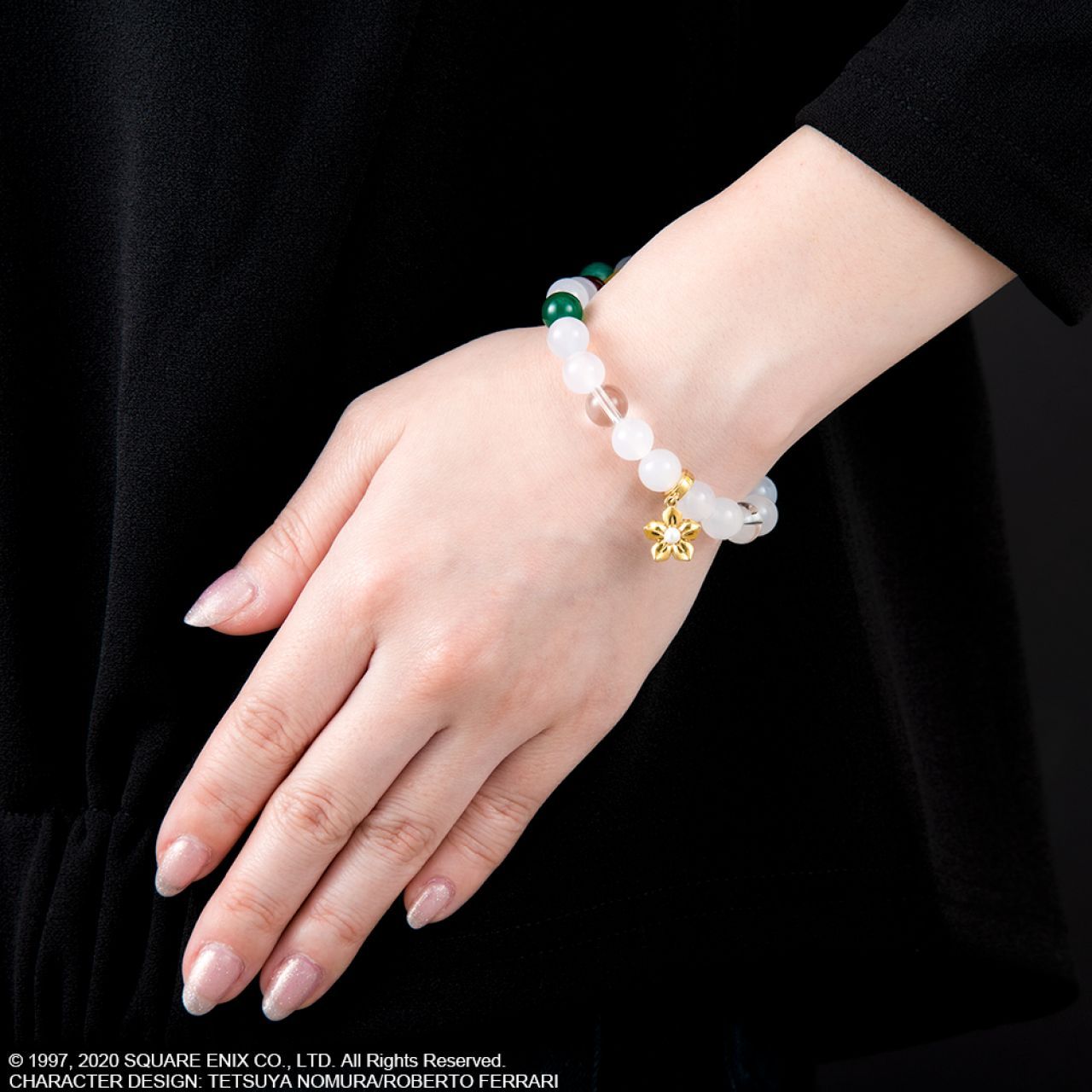 Aerith’s bracelet is just as pristine as the Sephiroth bracelet Square Enix sold two months ago, which has black onyx and clear hexagonal beads and a silver angel wing charm. And it will certainly go nicely with other Final Fantasy 7 Remake-inspired jewelry made specifically for Aerith, like the rose gold ribbon necklace or the silver flower pendant topped with a green gemstone, which cost $147.99 each.

In Final Fantasy 7 Remake, as well as the original, Aerith gives Cloud a yellow lily for free upon their first meeting, which she tells him is a symbol of reunion between loved ones. The lilies also have a profound influence on Aerith and her environment in the game. Not only do they give life to an otherwise polluted world as a manifestation of the lifestream, especially at Aerith’s house and at the church in the Sector 5 slums, they also give Aerith a sense of purpose, as she says at one point in the game that she must follow the flower petals through the right path to what she believes is a fixed destiny.

Most pieces of jewelry, if not all, are seen as good luck charms for some people, so perhaps the flower bracelet will give wearers a sense of purpose just like the flowers give Aerith.

Next: Cute Kingdom Hearts 3 Nendoroids Are Now Available To Pre-Order

Cristina Alexander is a writer who can transform her pen into a Keyblade and has been head over heels for Sonic the Hedgehog from the age of 9. Her work was previously seen on Mega Visions (formerly SEGA Nerds), KeenGamer, and Twinfinite. You can find her on Twitter @SonicPrincess15.