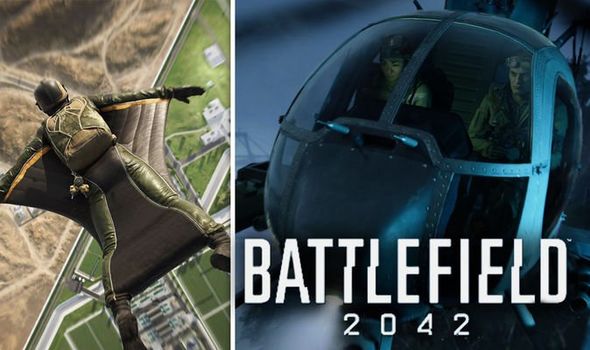 Battlefield 6 is shaping up to be one of this year’s biggest game releases on PS5, Xbox Series X and PC.

And fans can get a closer look at the upcoming first-person shooter by tuning in to the live gameplay reveal.

The Battlefield 6 live gameplay reveal will take place on June 9. The live stream will kick off at 3pm BST for fans living in the UK.

The news was announced on the official Battlefield Twitter page: “You. Me. #Battlefield Reveal Trailer. Tomorrow. Livestream countdown.”

You can watch the Battlefield 6 live gameplay reveal by clicking play on the YouTube embed below.

In addition to Battlefield 6 gameplay, fans can also expect to find out the game’s release date. The game is likely to launch in November 2021, but we’ll find out for sure on June 9.

Of course, while EA is yet to officially unveil Battlefield 6 gameplay, lots of early footage has leaked online.

A series of images on Imgur seemingly confirms a modern warfare setting, possibly in the future.

Needless to say, this means futuristic gadgets like drones, as well as huge maps in city and countryside settings.

With the Battlefield 6 reveal just hours away, Amazon Prime members can get hyped up by claiming a new freebie.

As a special bonus for Prime subscribers, Battlefield 4 Standard Edition is available as a free download on PC.

The DICE shooter is available as a Prime Gaming freebie for PC gamers until June 21. You’ll need to activate the code by July 21 to start playing.

“Battlefield 4 is the genre-defining action blockbuster, made from moments that blur the line between game and glory. The critically acclaimed first-person shooter offers players a visceral, dramatic experience unlike any other, as they take on over-the-top and dangerous missions as an esteemed member of the U.S. Marines during the fictional ‘War of 2020’.

“To claim Battlefield 4 and see all the other Prime Gaming offers currently available to Prime members this month, including more games and in-game content for games including Fall Guys: Ultimate Knockout, FIFA 21, VALORANT, Rainbow Six Siege, and Apex Legends”.

Battlefield 4 isn’t the only free game that Prime Gaming subscribers can pick up right now.

Other free games include Batman – The Telltale Series, Newfound Courage, Lost in Harmony, and BFF or Die.