Ever since the series swerved into full-blown RPGs instead of pure stealth-action titles, Assassin’s Creed has been able to experiment much more in the realm of boss battles. The two previous titles dipped their toes into more traditional boss battle systems, and Valhalla picks up where the series left off by not only including more boss encounters, but introducing player choice into them as well. And we don’t just mean choosing whether you want to kill with your sword or axe, either. Rued, for example, is an encounter that you must decide whether or not to kill or spare after battle. Despite being a Viking assassin, you should know what the consequences are for each before deciding.

Should You Kill Or Spare Rued in Assassin’s Creed Valhalla?

Rued is a somewhat early game boss you’ll encounter during the mission A Fury From The Sea. You will have to take him and his wolf companion on in battle, but after taking his health down and freeing Oswald, you are given the choice of finishing him off or sparing him. Oswald will plead with you to spare him in order to put him on trial, but Odin disagrees. In the end, the choice is yours. 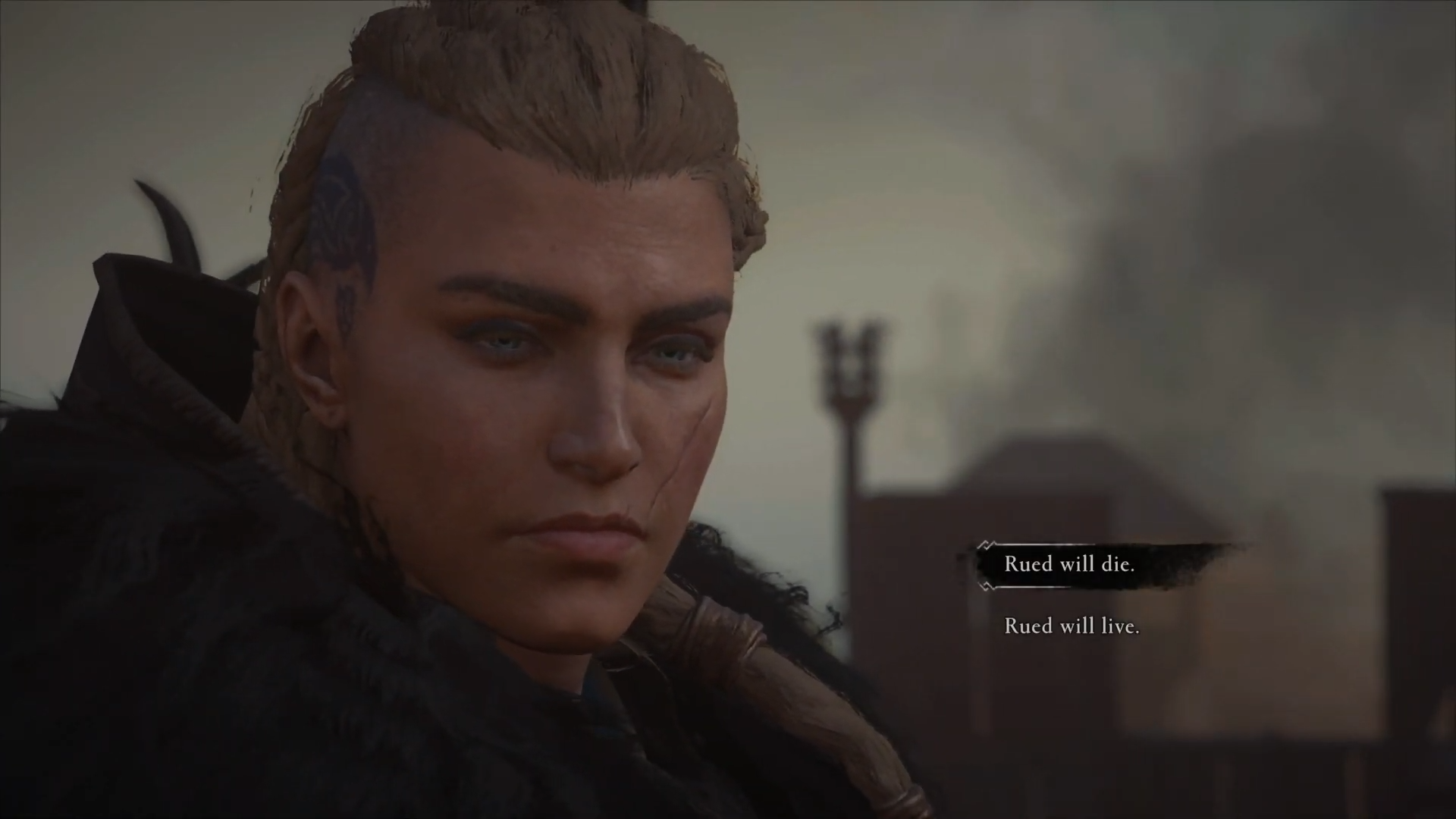 If you disobey Oswald and decide that Rued deserves to die, resulting in a swift swipe of your axe, Oswald will naturally be displeased with you and chew you out a little. Beyond that, however, the choice doesn’t impact anything going forward. 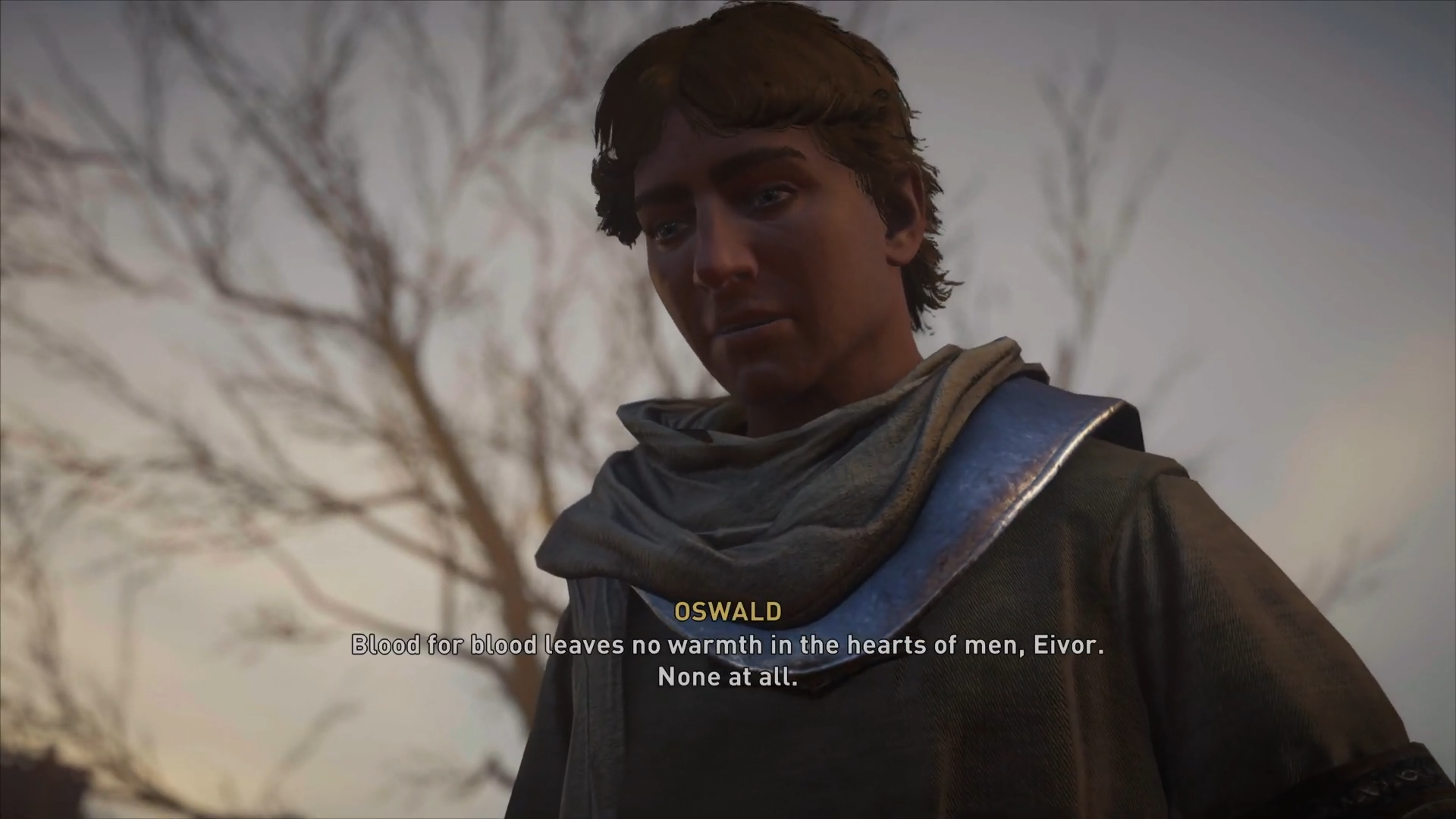 Siding with Oswald and allowing Rued to live, on the other hand, does have consequences that ripple into future quests. Despite not being very happy about it himself, Rued is taken away alive for trial. He will then show up in a future quest called Wedding Horns during Oswald’s wedding ceremony, just before the bridal race. Rued will challenge Oswald on the spot, which he accepts, though you are given another choice here.

If you decide to stand by and let Oswald take on Rued, he will actually manage to win the duel. He won’t kill Rued, but will banish him instead. The one consequence of note is that Finnr will not join your crew. 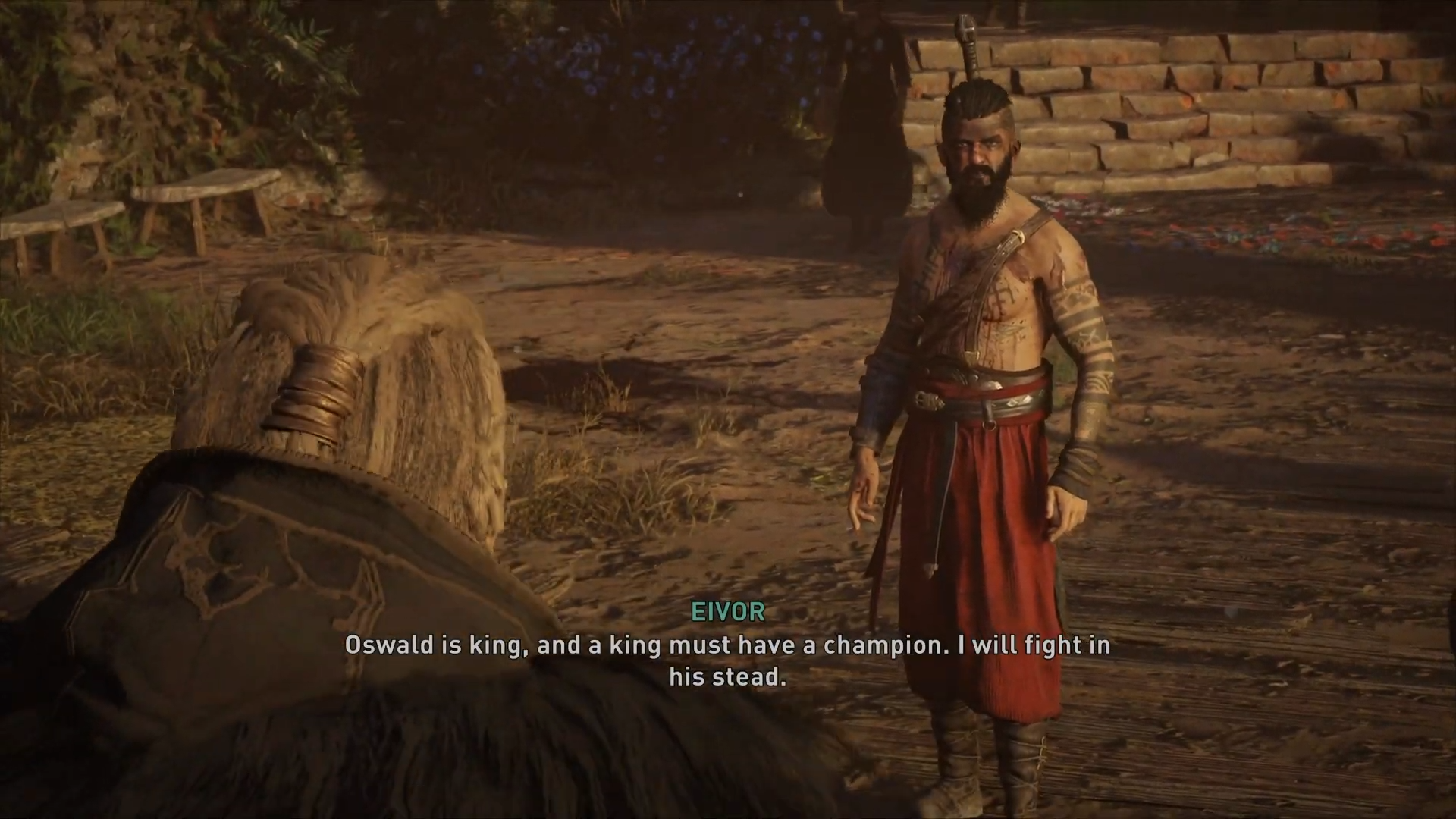 Decide to fight as Oswald’s champion, and you will need to beat Rued once more. This time there’s no saving him, and Rued will be killed. The upside is that Fennr will be impressed enough to pledge his allegiance to you and join your crew.

As a small side note – if you had killed Rued the first time you encountered him, Fennr will automatically be recruited just as if you chose to fight for Oswald in the Wedding Horns quest choice. Fennr is by no means essential to have for the plot, but is a strong crew member and worth having around rather than not. In the end, aside from differences in dialogue, Fennr’s allegiance, and this extra optional scene, there’s nothing critical to worry about with these choices.

Next: Assassin’s Creed Valhalla Is Every Animal Lover’s Dream 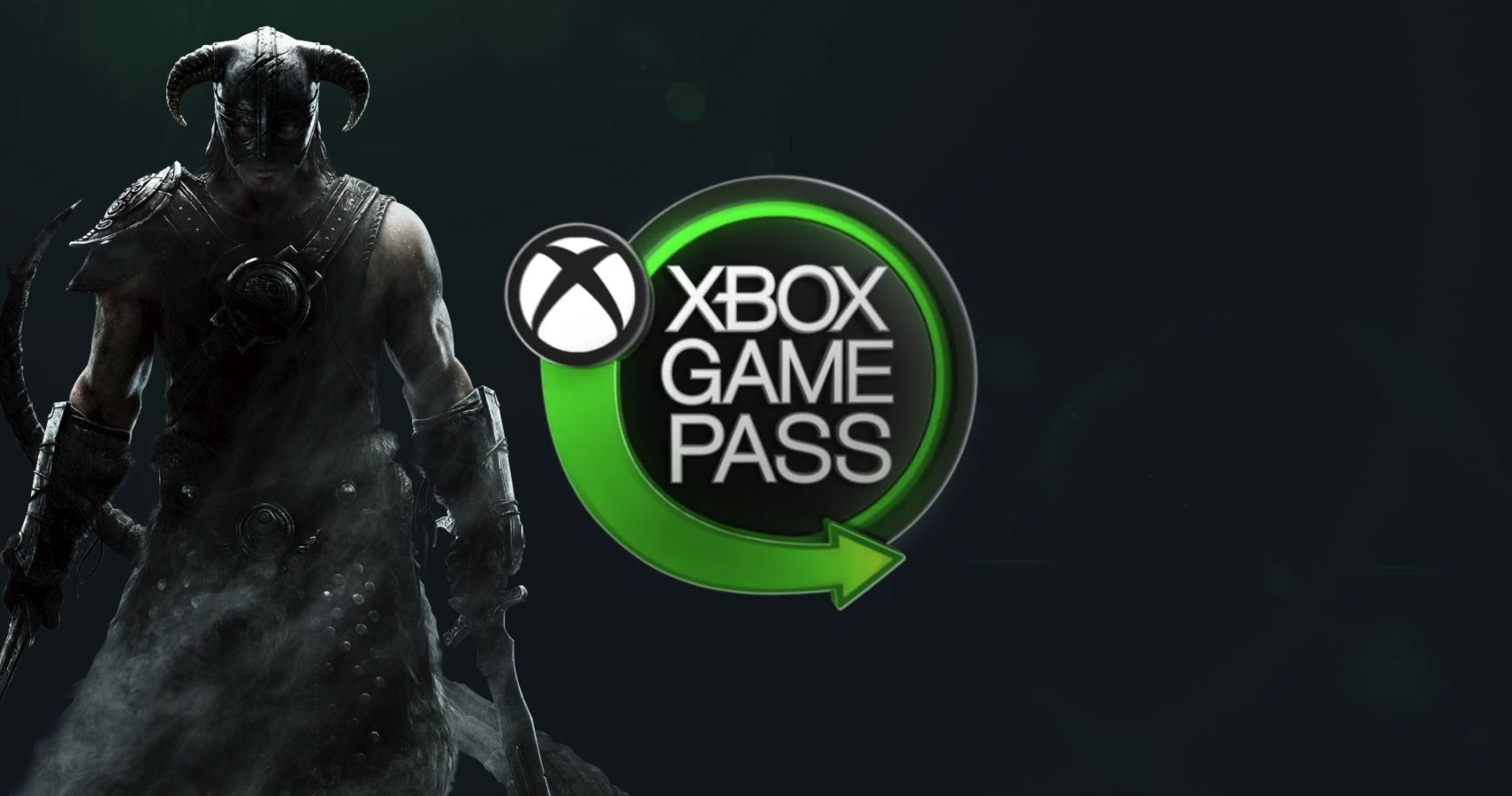