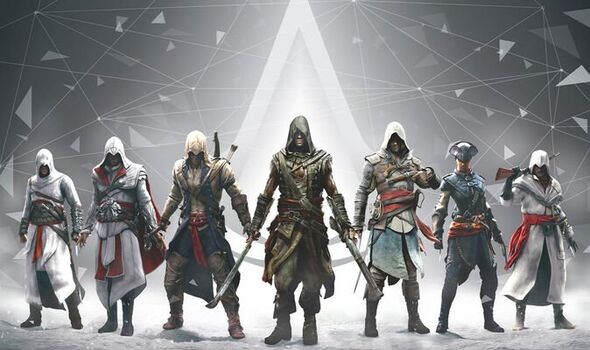 In terms of what could get announced, that’s a mystery with the Assassins Creed Twitter – which revealed the event – keeping their cards close to the chest.

The account tweeted: “Join us tomorrow as we celebrate Assassin’s Creed!

“Tune-in on the Ubisoft YouTube/Twitch channel.

While details on what will feature in the showcase are sparse, there is one obvious candidate.

Rumours have been swirling around for some time around the next Assassins Creed game, which is allegedly called Infinity.

And like Origins before it, Infinity is expected to signal a big shake-up to the Assassins Creed formula.

It’s believed that Infinity will be a live service game that spans multiple time periods and features multiplayer elements.

The project was first reported on by Bloomberg’s Jason Schreier last July.

In the article online the in-the-know journalist wrote: “Whereas previous Assassin’s Creed games each unfolded in specific historical settings such as ancient Greece or Ptolemaic Egypt, Infinity will contain multiple settings with room to expand to others in the months and years following its debut, said the people, who asked not to be identified discussing a project under development.

“Individual games on the platform might look and feel different, but they will all be connected.”

It’s been claimed that Ubisoft are looking to emulate the success of other live service games such as Fortnite and GTA Online with this new approach to Assassins Creed.

Besides Infinity, another Assassins Creed game – reportedly codenamed Rift – is also allegedly in the works.

This will reportedly focus on Valhalla character Basim Ibn Ishaq.