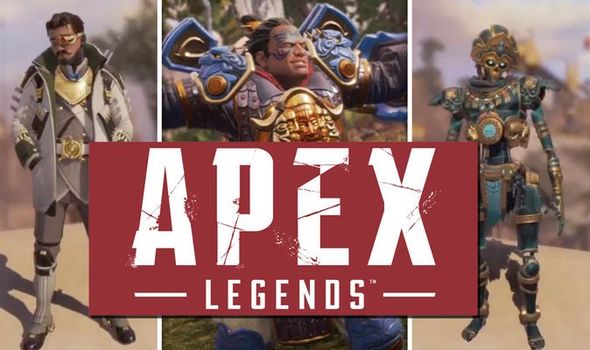 UPDATE: Apex Legends developer Respawn has announced the start time and revealed the full list of patch notes for the Lost Treasures event.

The new Apex Legends event has been given an 8am PT start time for fans in the US. For UK fans, this means the event will start at 4pm BST.

As for the patch notes, Respawn has confirmed that Octane’s sprinting speed has been increased by 10%, and he can now double jump and change direction in mid-air as part of his Ultimate.

As previously reported, Lifeline can now heal two Legends at once, while her tactical cooldown has decreased to 45 second instead of 60 seconds. Lifeline’s Ultimate now contains additional attachments and healing items.

ORIGINAL: Apex Legends developer Respawn is getting ready to hold the first big event of Season 5.

The Apex Legends Lost Treasures event has a June 23 release date on PS4, Xbox One and PC. There’s no word on an exact launch time, but expect the update to go live at around 6pm BST.

The Lost Treasures event runs all the way until July 7, so there’s plenty of time to unlock all the new rewards.

Of course, you won’t be able to immediately jump into the action as soon as it goes live, because you’ll first need to download a big update before you can start playing.

The update introduces a host of new items, character boosts, a new map area, skins, and the return of a popular limited game mode.

Fans of Armed and Dangerous will be happy to discover that a slightly altered version of the LTM is returning during the Lost Treasures event.

“Longtime fans of Apex Legends will know Armed and Dangerous as our sniper/shotgun only mode, which we’re bringing back for Lost Treasures but with a twist,” reads a Respawn post.

Interestingly, the Armed and Dangerous Evolved LTM also features the debut of the Mobile Respawn Beacon.

“Use it to call down a miniature Respawn Beacon almost anywhere on the map, then use your squadmates Banner Card to bring them back to the fight,” Respawn explains.

“The Mobile Respawn Beacon deploys via satellite drop and needs landing clearance (much like Lifeline’s care package), and once it lands it’s first come, first served so make it count.”

The item will only be available in Armed and Dangerous Evolved for now, although it could be added to the main game after the event comes to an end.

You may also have noticed some activity around the Landing Pad area located south of the The Repulsor. The area will be transformed as part of the latest Town Takeover, which adds Crypto’s Map Room.

Then there’s the exclusive Event Prize Track, complete with two Legendary Weapon skins and a new skin for Pathfinder.

That’s on top of a selection of 24 themed, limited-time cosmetics exclusive to the Lost Treasures event, including the Imperial Defender Gibraltar skin (above).

“All 24 items will be available through direct purchase (for Apex Coins or Crafting Metals) and in Event Apex Packs for the entire duration of the event. Each Event Pack will come with one event item and two non-event items,” Respawn explains.

If you unlock all 24 Lost Treasures cosmetics during the event, you’ll unlock the Mirage Heirloom set for free.

As for the Apex Legends Lost Treasures patch notes, fans already have a pretty good idea about what to expect from the update.

One of the biggest stories is that Lifeline will be given a boost as part of the new update. The support Legend will soon be able to heal two teammates at the same time.

Octane will also be given a character buff as part of the Lost Treasures update, although the extent of the boost is unclear.

Respawn should also fix a number of long-standing Season 5 issues with the update, including reconnect problems, custom controls and Death Protection.

Express Online will have the full list of Apex Legends Lost Treasures patch notes when they go live on June 23.