Apex Legends Season 13 will be the season of heavy ammo. With the Flatline returning from exile in the Crafter, and the (heavily nerfed) Spitfire returning to floor loot from the Care Package, everyone and their mums will be running heavy weapons. The Rampage remains in rotation and the Wingman is still the top choice for players who have honed their ability to click heads. Heavy, heavy, heavy, heavy.

Some will still craft the R-301, but what’s the point if every body you loot is only carrying heavy ammo? You’ll have to switch out for the Flatline before too long. But my problem with Season 13 isn’t the number of heavy weapons in rotation, it’s that the Volt is still in the Care Package.

If you want to pick up an SMG, you currently have to choose between the R99 and the CAR. The latter has edged things out since its release, and will continue to due to the reliance on heavy ammo this season. Did I mention that already? Reintroducing the Volt to ground loot again, however, would solve this problem, as well as many others.

The Volt behaves quite differently to the R99 and CAR, dealing more damage per energy round, but having a slower rate of fire. This gives players another option, and diversifies not only the pool of weapons on the ground, but also the types of ammo that players will find in opponents’ loot boxes.

At the moment, it’s barely worth running an energy weapon. While a Havoc or Devotion can be brutal with a Turbocharger, you’ll have such a hard time topping your ammo up throughout a match that you’ll inevitably have to swap it out before too long. Nobody runs the Triple Take since its nerf. The Volt could change this, and give players another chance to collect energy ammo for whatever they’re running – Volt or otherwise. But no, the Spitfire is another weapon hungry for heavy ammo, and players will oblige.

But the biggest reason to bring the Volt back from the Care Package is because it’s the best gun in the game. It might not do the most damage, it might not grab the one-shot kills that the Kraber can manage (although that’s debatable too now after its recent nerf), but it’s the best. Let me explain. 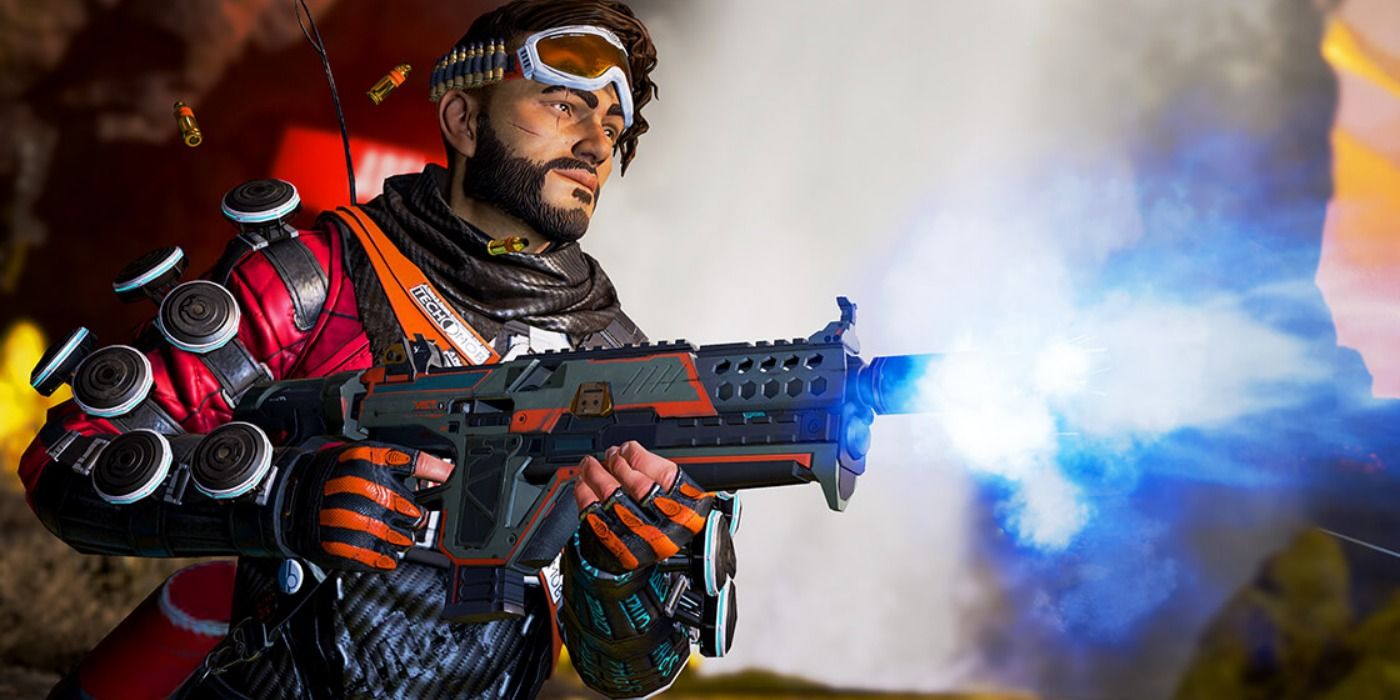 Firstly, it’s a friendly gun. It has an easy recoil pattern and it doesn’t kick in your hands. The Havoc can shred more, the Devotion is unmatched in terms of DPS when it’s charged up, but they both try to wrestle themselves out of your clutches as every second passes. Using the Devotion is like trying to wrestle an alligator with a machine gun poking out of its mouth, tugging on its tail to pull the trigger and only riling it up more. Honestly, I’m surprised the Devotion doesn’t turn around and try to bite your hands off when you reload.

Aside from the recoil, the Volt just feels smooth. This is in part due to the gentle recoil, but there’s a lot more to it, too. The energy rounds make a gentle thud as they rapidly hit your enemies. It doesn’t have the sharp crack of light ammo or the brutal rumble of an automatic heavy weapon, it’s sweet and rhythmic. Even other energy weapons don’t have a patch on the sound of a Volt. I like the fizzle of the Triple Take, but the Havoc and Devotion fire so fast that the whir of the barrel overwhelms any satisfying sounds the rounds may make.

The Volt also has the best weapon skin in the game. Not from a competitive, pay-to-win standpoint, but the most beautiful skin. The pale blue sculpted clouds of the Dream Weaver don’t compare to any other skin in the game (although admittedly the new battle pass CAR comes close). 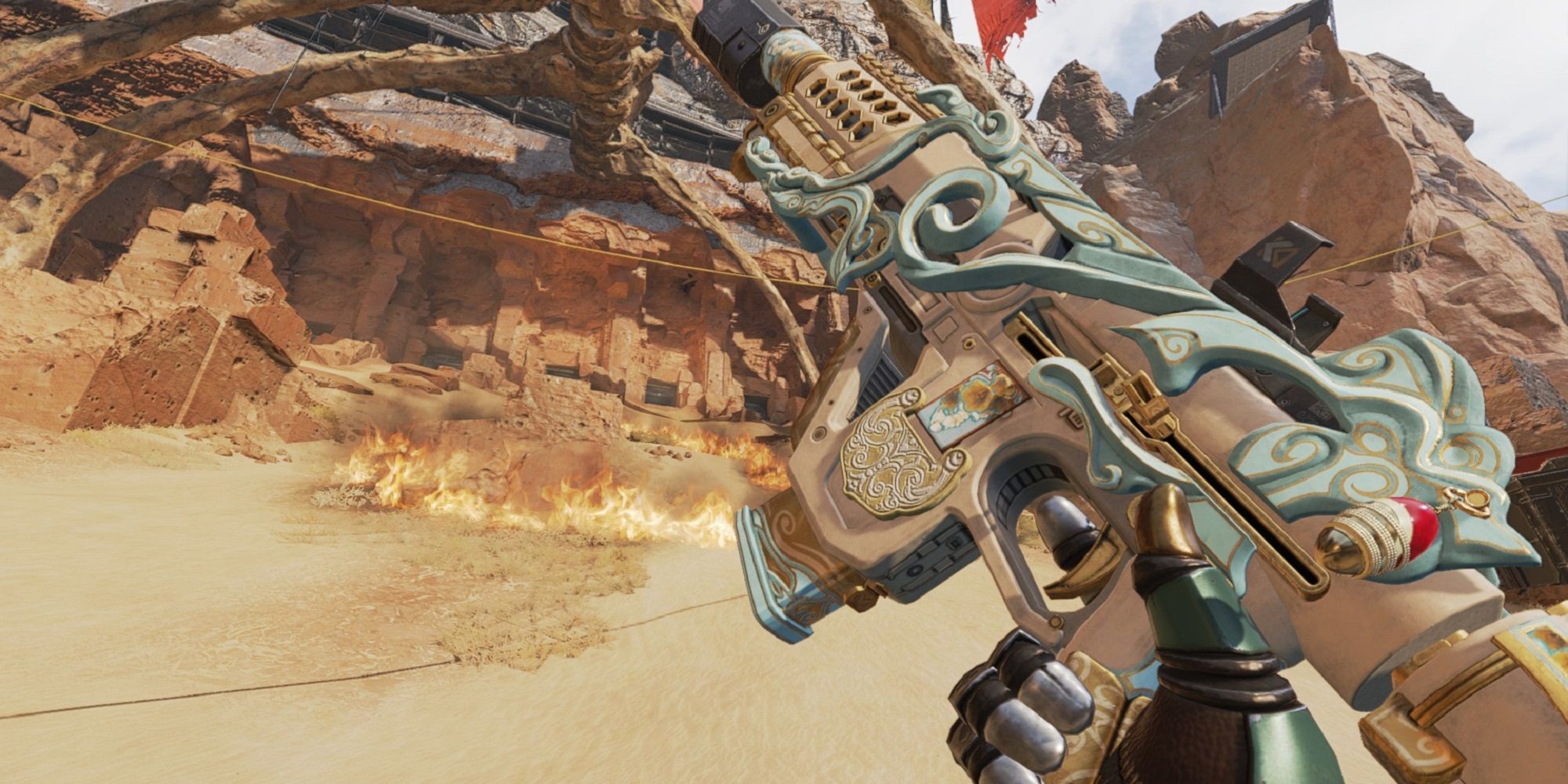 All this is saying that I want an excuse to use the Volt more. Whether I’m slapping a 2x Bruiser on it or keeping it for the most up-close firefights, I can’t wait for a Care Package every game just to use it. Is it weird to be disappointed by a Kraber? Because unless it’s my second package of the game and I’m already cradling a Volt in my hands, my anticipation will turn to bitterness. My smile to a frown. And if I open it to a G7 Scout? Or a Mastiff now? My disappointment is immeasurable and my day is ruined.

I know it’s too late to change anything now, but in Season 14 I beg of you Respawn, please let my child be free. I want to use energy weapons again, I want to shred shields again. I want to use the Volt again.