Animal Crossing: New Horizons may be the first game to feature openly gay characters in the Nintendo canon. 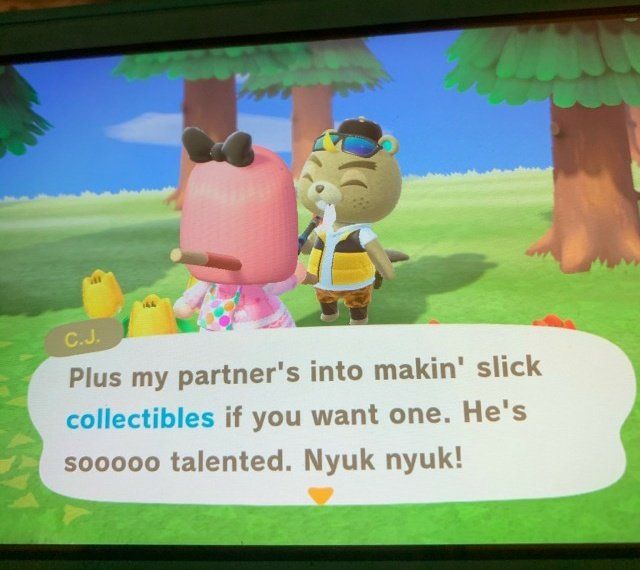 While some have pointed out that “partner” could be a professional term, used to describe their relationship as “business partners,” others firmly believe that this is a reference to a romantic partnership. Others have pointed out that in CJ’s dialogue, the lines in which he refers to Flick as his “partner” have nothing to do with business; rather, it appears he’s just sharing factoids about someone he’s very close to. 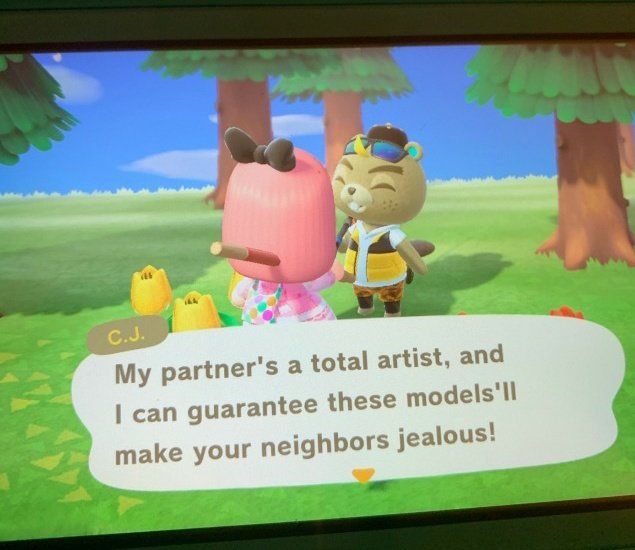 Observant players have also found additional evidence regarding the inclusion of same-sex couples in the game. When talking with another resident, Merry, players can talk to her about their favorite kind of comics. If the player selects “Romantic comedy” as their preference, Merry talks about her favorite comic, which is about “the shred-tastic Princess of Rocketboarding and her true love, the Princess of Explosions.”

New Horizons also saw the removal of binary “boy” and “girl” classifications when players choose their avatar. Additionally, players’ avatars now have the ability to wear all kinds of clothing.

All these changes, combined with these dialogue hints, have led players to applaud Nintendo for their increased efforts at inclusivity in the game.

However, it is important to note that these changes appear to be specific to the Western localization of the game, as the Japanese release still asks players to choose from binary gender options and omits the LGBTQ character references. In his Japanese dialogue, CJ refers to Flick as “friend” rather than as his “partner.”

Nintendo has not commented on this matter, nor confirmed or denied the claims, at this time.

Notably, Nintendo’s Fire Emblem franchise has featured characters in past games who could achieve an S-support level (romantic) ending with same-sex characters. However, those decisions were player-driven, and therefore not part of the actual canon story of the game.

Regardless of what Nintendo’s intentions were when developing New Horizons, it is still very cool to see their increased awareness towards inclusivity in the game, as well as to see so many fans’ excitement over the possible inclusion of the first canonically, openly gay characters in the Animal Crossing series and in an official Nintendo game.