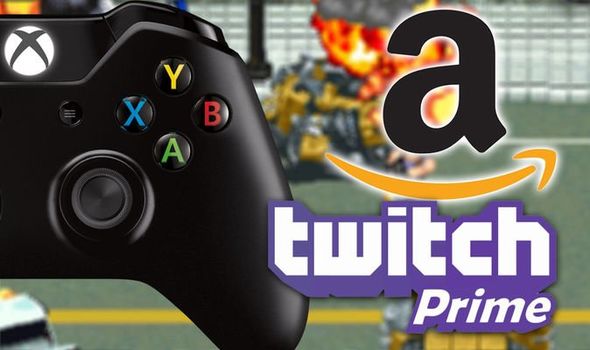 Amazon Prime offers plenty of bang for your buck, with the main headline features the speedy Prime delivery service and access to the huge Prime Video catalogue. But that’s not the half of it, with the subscription service also offering plenty of other benefits including Prime Music and Prime Reading. One of the perks that doesn’t get as much attention is how Amazon Prime also offers access to the Twitch Prime service.

Twitch Prime is the premium version of the hugely popular streaming site, which is included with Amazon Prime and Prime Video memberships free of charge.

Twitch Prime offers a channel subscription every month at no additional cost to be used on any partner or affiliate channels, exclusive emotes and chat badge.

But access to Twitch Prime also offers exclusive in-game content for a wide range of hit titles as well as free games that get rotated in and out of the service.

And at the moment Twitch Prime members can get a huge selection of games for free from one of the most iconic names in gaming.

SNK forged a reputation in the 90s as one of the best names in arcade gaming, releasing a tonne of hits such as Metal Slug, Samurai Shodown and Fatal Fury.

And right Twitch Prime members can download a number of SNK’s best games without paying a penny. 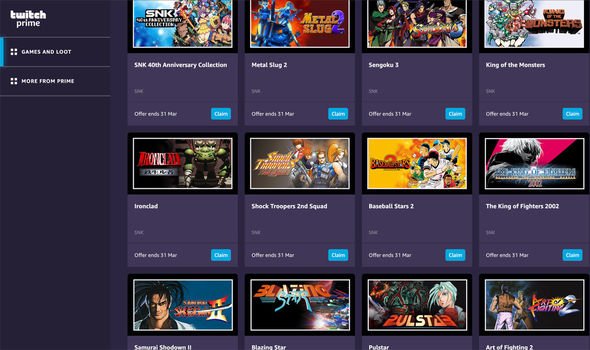 SNK will be making more than 20 of its hit games available for free on Twitch Prime.

These free games are being released in three drops, the first of which became available in May, with the second batch of titles just launching.

The first wave of games included SNK gems such as Samurai Shodown 2, Blazing Star and The King of Fighters 2002.

While the second batch of games, released this week, includes seven new titles.

These games are as follows…

• King of the Monsters

Announcing the latest batch of free titles, the Osaka-based gaming icon said: “SNK Corporation is proud to announce that seven popular SNK titles will be free to download from Twitch Prime starting July 28th, 2020 (PDT) for a limited time.

“This summer, Prime members can download more than 20 popular SNK titles completely free. The first wave of games began with seven titles which became available from May 2020, and now the second wave begins with an additional seven, specially selected titles such as Metal Slug 2 and SNK 40th Anniversary Collection, starting July 28 2020.

“More games will be released in the future so stay tuned!”

On Twitch Prime the SNK games are listed as being available for free until the end of next March.

Click here if you want to go to the free games section of the Twitch Prime website.