Playing as the best All Rounders in Pokemon Unite can make a more significant difference than you might think. Each of the ‘mon in this category has the potential to excel on the battlefield, but a combination of standout passive abilities, strong skills, and helpful buffs make a few of these rise above the rest.

That’s an important combination in a class of Pokemon meant to be all things to all parts of the team. An All-Rounder with slow speed, for example, can’t help rescue teammates in another lane as easily, while a Pokemon with few or no area of effect options will often be less useful than those with a wide-reaching move pool. 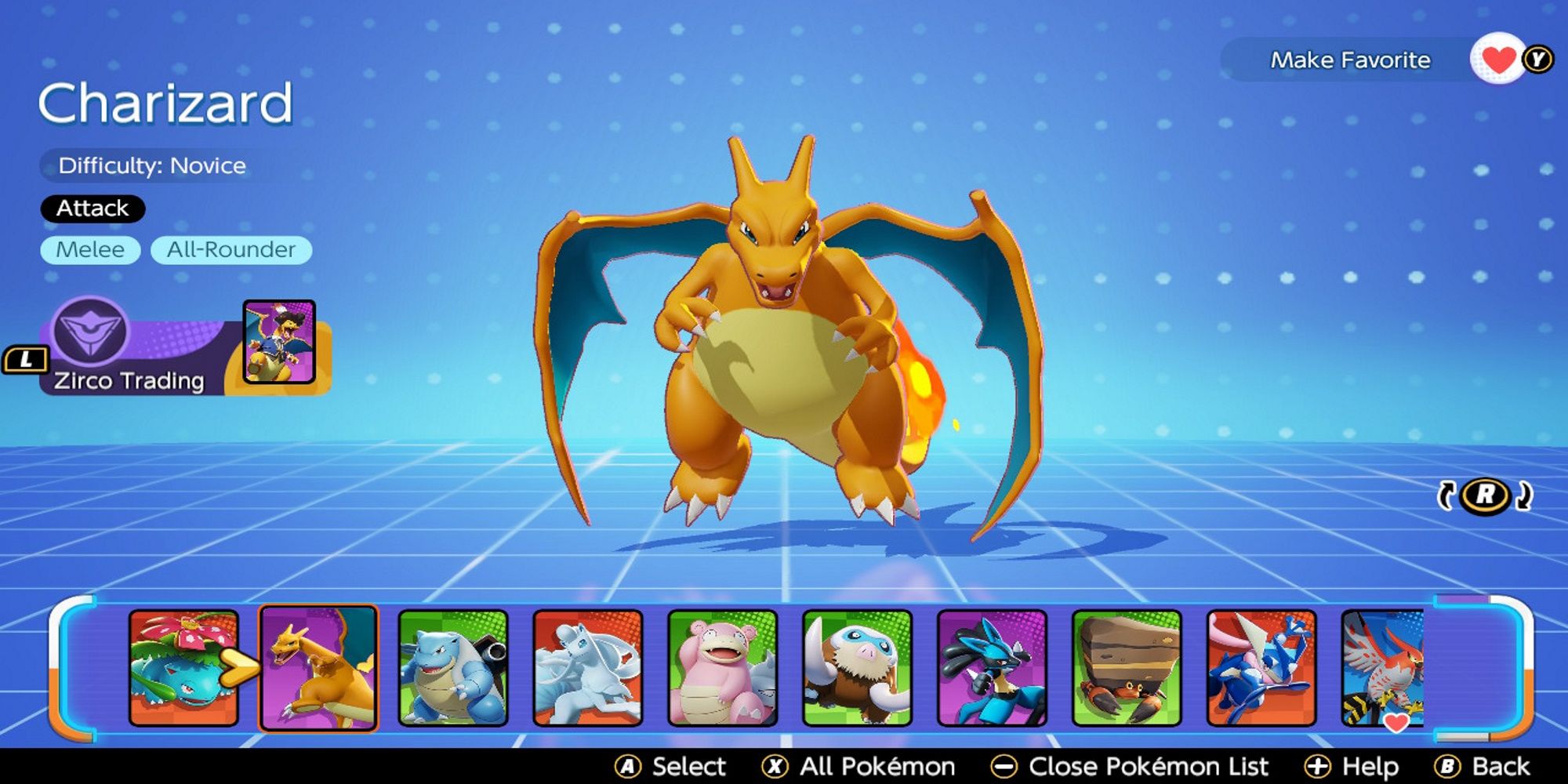 Charizard has some excellent strengths, including long-range attacks and the chance to burn enemies. It also boasts an impressive Unite move that keeps the target from acting for a short while and deals heavy damage. The problems start to stack up shortly after a match begins, though.

Charmander and Charmeleon are weak and slow, which means you’ll need to focus more time than usually in the early game trying to evolve. Once you finally do get to Charizard, you’re hampered by its slow speed and fairly basic moves. Charizard’s current move pool includes variations of the same basic concept – spewing flame over broad areas – with Fire Spin being the only noteworthy difference, since it slows foes down. Still, Charizard’s power can turn the tide and lets it function as a defender when necessary. 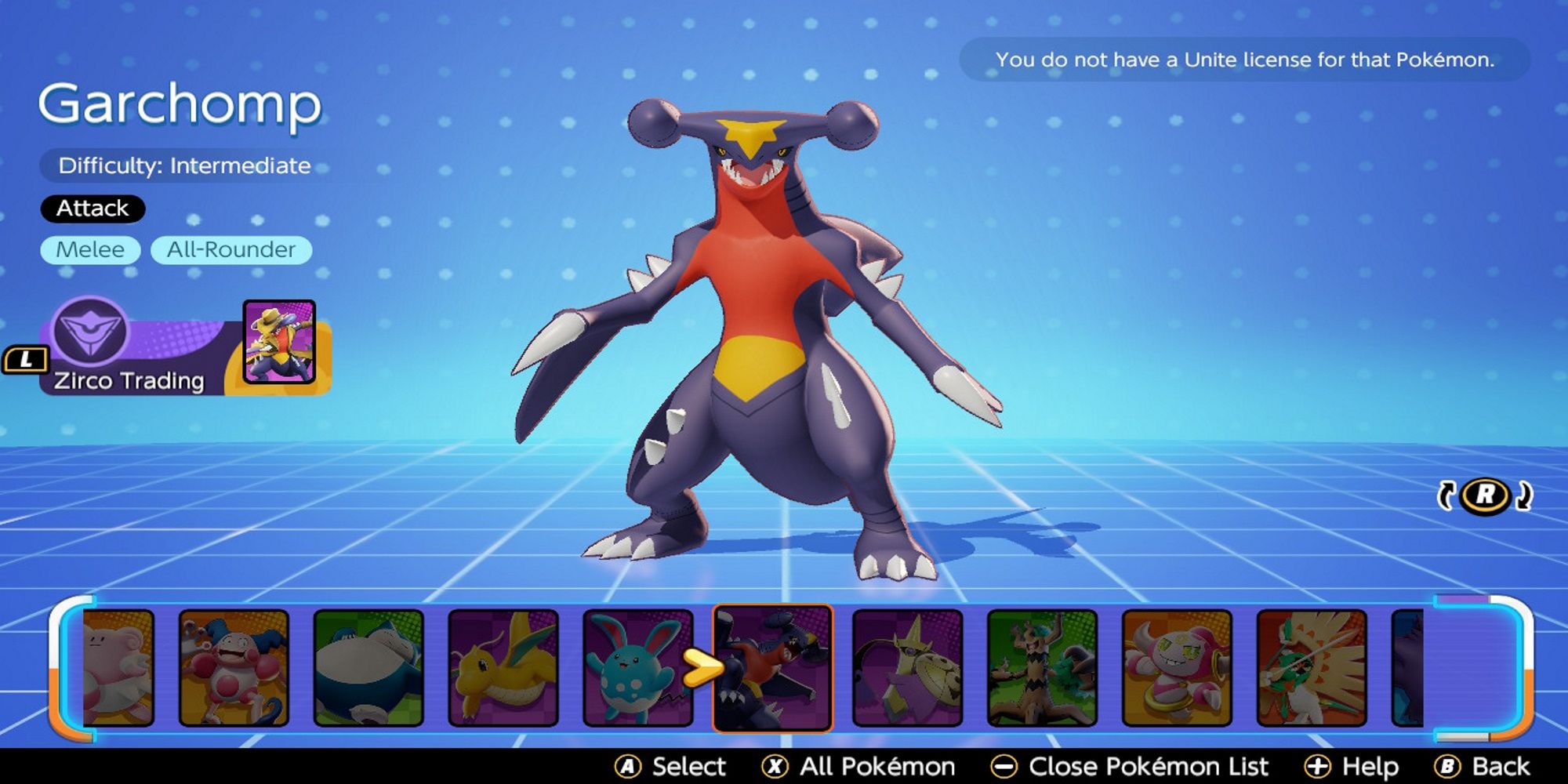 Garchomp is fairly straightforward, since it has only two noteworthy move combos: Dragon Rush + Dragon Claw and Dig + Earthquake. These are impressive and powerful, even more so when you consider Dig makes Garchomp invincible while it’s underground.

The problem is… that’s all there is. Garchomp is a one-hit wonder and takes far longer to come into its own compared to other All-Rounders. You could do worse than Garchomp, but you could also do much better and get more for your purchase.

6 Aegislash – (Almost) The Best Of Both Worlds 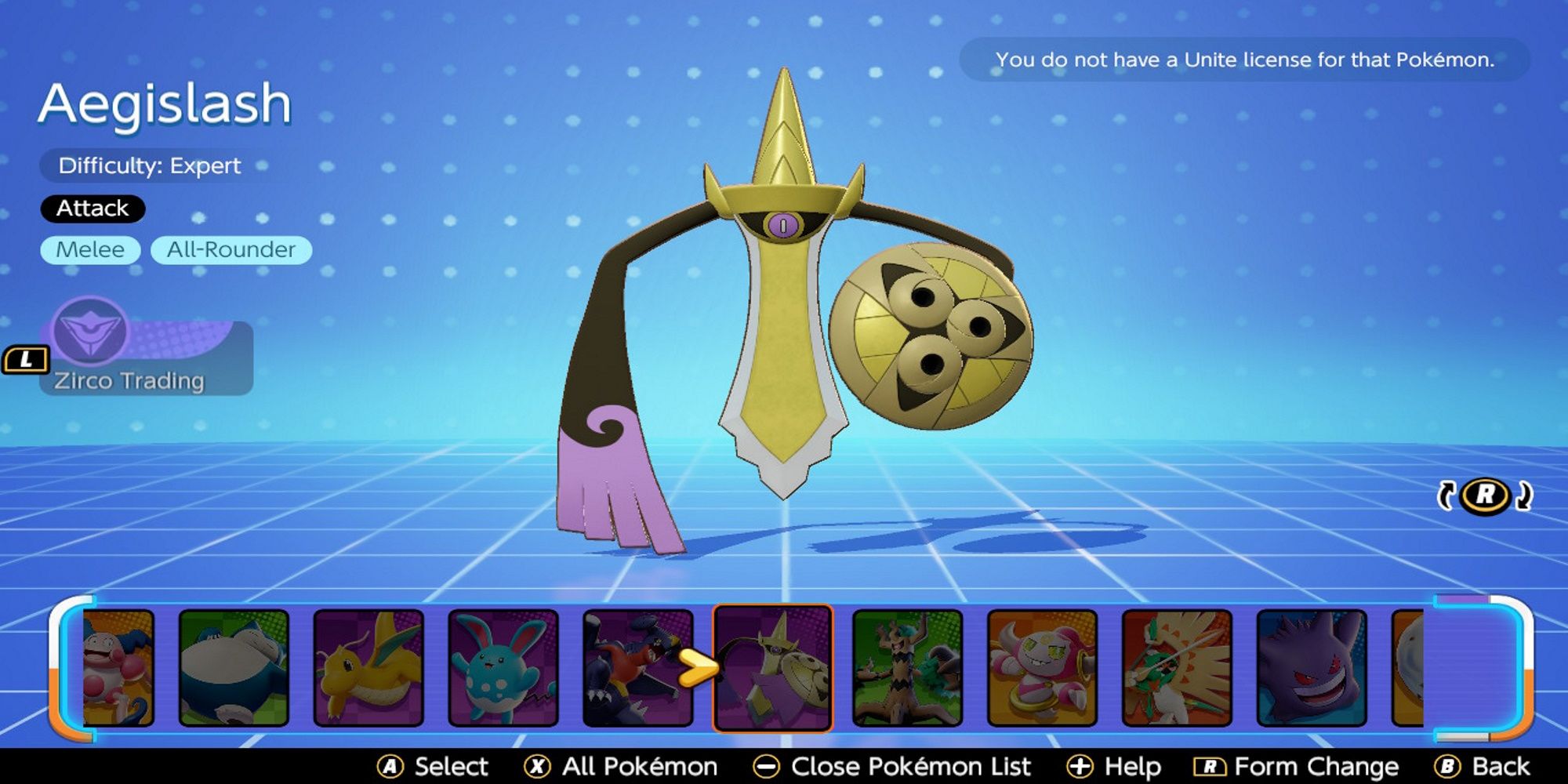 Aegislash can be an incredibly powerful and useful All-Rounder – once you get the hang of it. The Stance Change ability transforms Aegislash into its shield or sword form depending on the type of move you use, and each form buffs moves of that type. On top of that, Aegislash’s boosted moves take on a different form and have a separate meter that fills depending on which attacks you use and when.

The payoff can be quite good, though. Boosted sword-form attacks deal extra damage, for example, while boosted shield-form moves heal Aegislash. When applied at the right time, Aegislash’s attack and defense buffs make a significant difference in its performance on the field. It just takes a lot of practice to figure this one out. 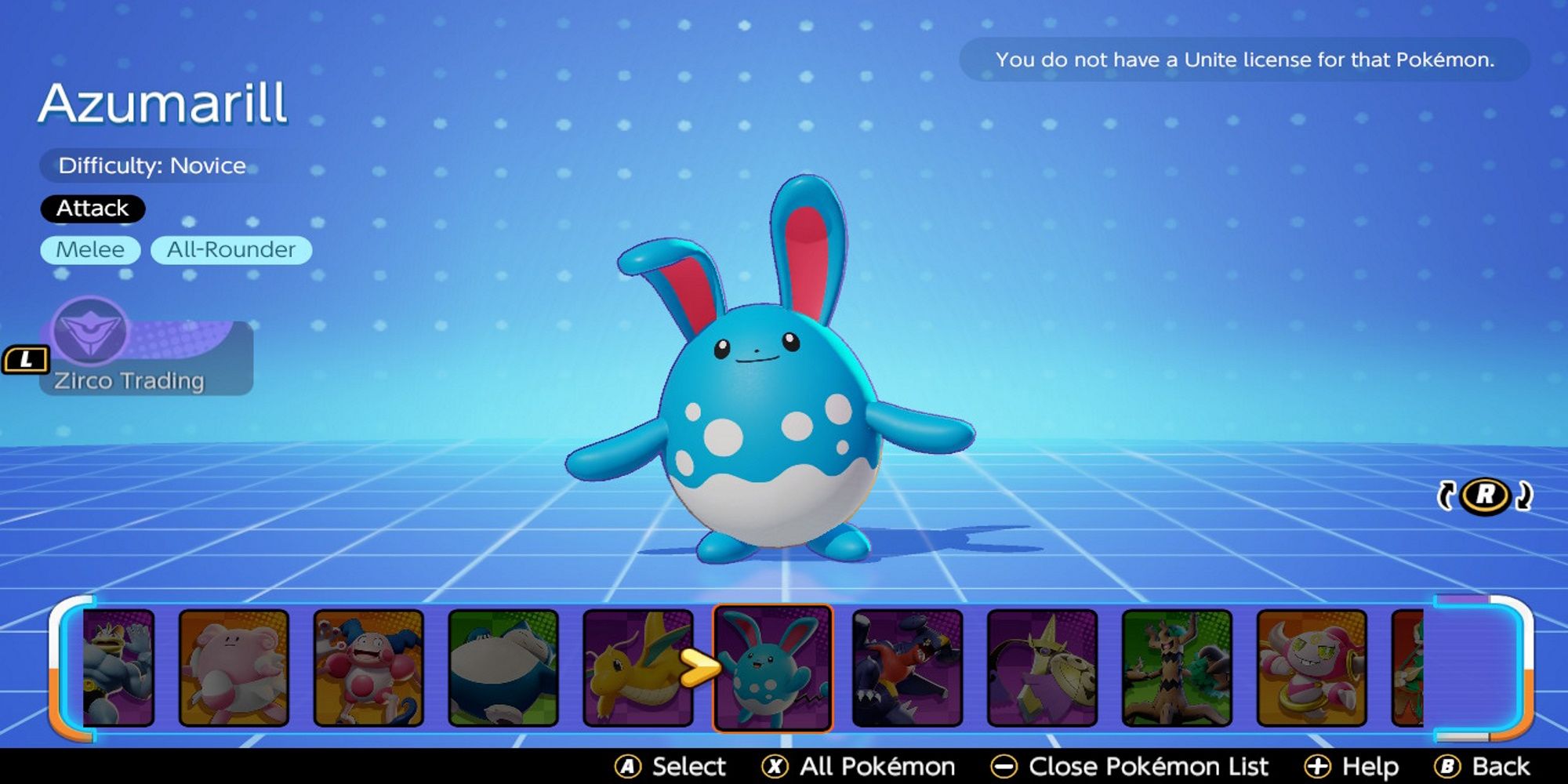 Azumarill is a bit of an odd one, though it's useful and powerful all the same. Most of Azumarill’s attacks are guaranteed to be critical hits thanks to the unique passive ability Huge Power. Any attack that hits just one opponent will be a critical hit, though moves that damage more than one foe won’t be. It’s a difficult balance, since moves such as Water Pulse and Whirlpool are useful precisely because they damage more than one foe.

Still, that leaves you with Aqua Tail and Play Rough, both of which have useful support components. Aqua Tail in particular is exceptionally good, since it extends Azumarill’s range, ignores shields, and restores its HP when attacks connect.

Machamp just barely counts as an All-Rounder instead of an Attacker, with its super-powered moves and high attack stat. Unlike in the mainline Pokemon games, you can use the likes of Submission and Dynamic Punch without fear of reprisal – and you should.

Dynamic Punch increases the user’s attack and speed, Submission boosts critical hit rates, and Bulk Up makes the next hit a guaranteed boosted attack. There really are no downsides to using Machamp, unless you’re after a Pokemon with better support or defense potential.

3 Dragonite – The Power Of Dragons 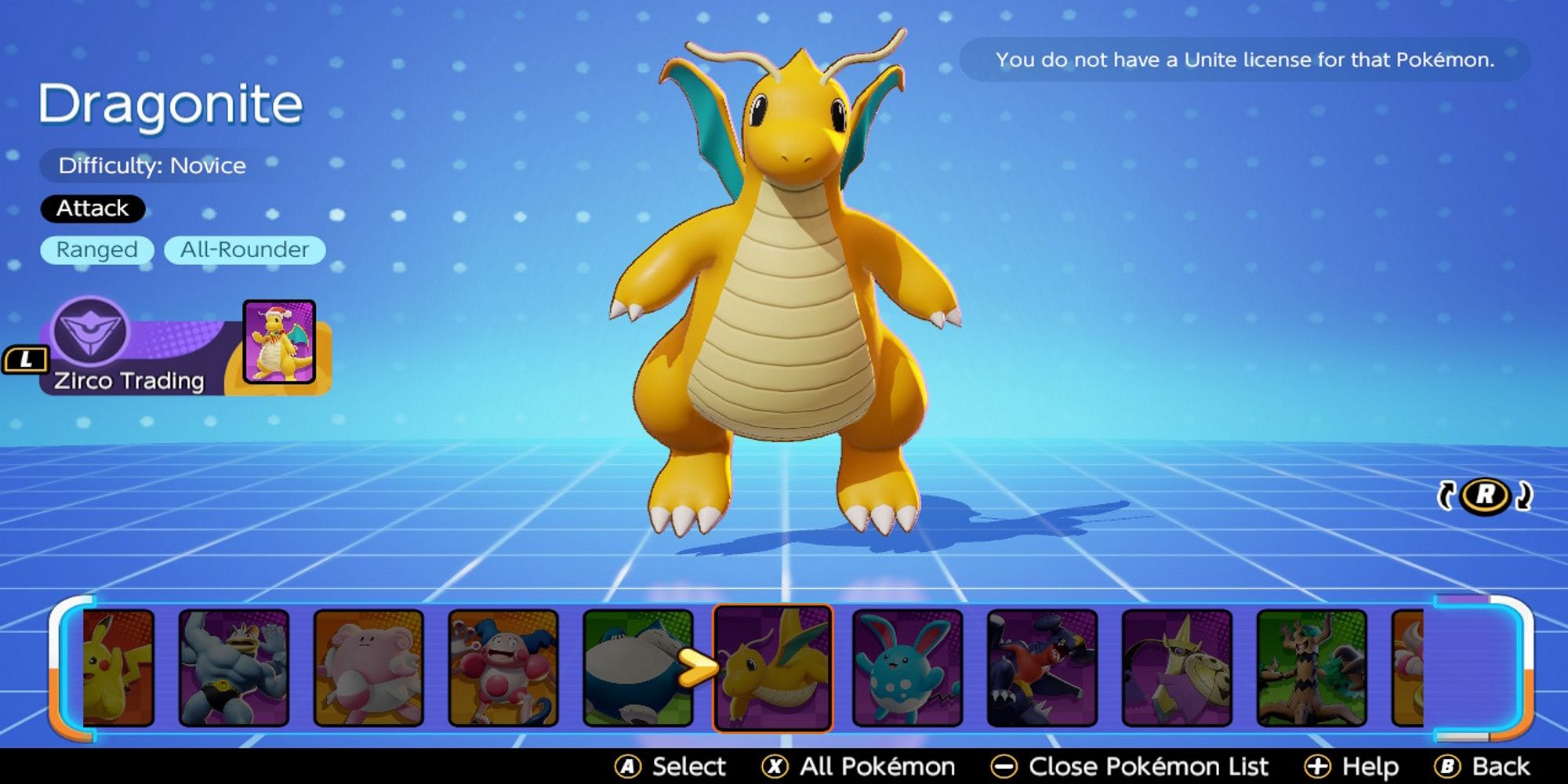 Dragonite is, frankly, one of the most impressive All-Rounders if only because of its incredibly useful standard attack and passive skill. The standard attack is boosted on every third hit, instead of every fifth hit, and reduces Dragonite’s cooldown timers. It alternates between fire, electric, and water, and when it switches to fire, it deals twice the usual amount of damage. Dragonite’s passive skill, Multiscale, periodically reduces incoming damage.

That’s before even getting to Dragonite’s movepool. Admittedly, the likes of Hyper Beam and Outrage can do more harm than good, but Dragonbreath, Dragon Dance, and Extreme Speed are all excellent complements to Dragonite’s standard attack. 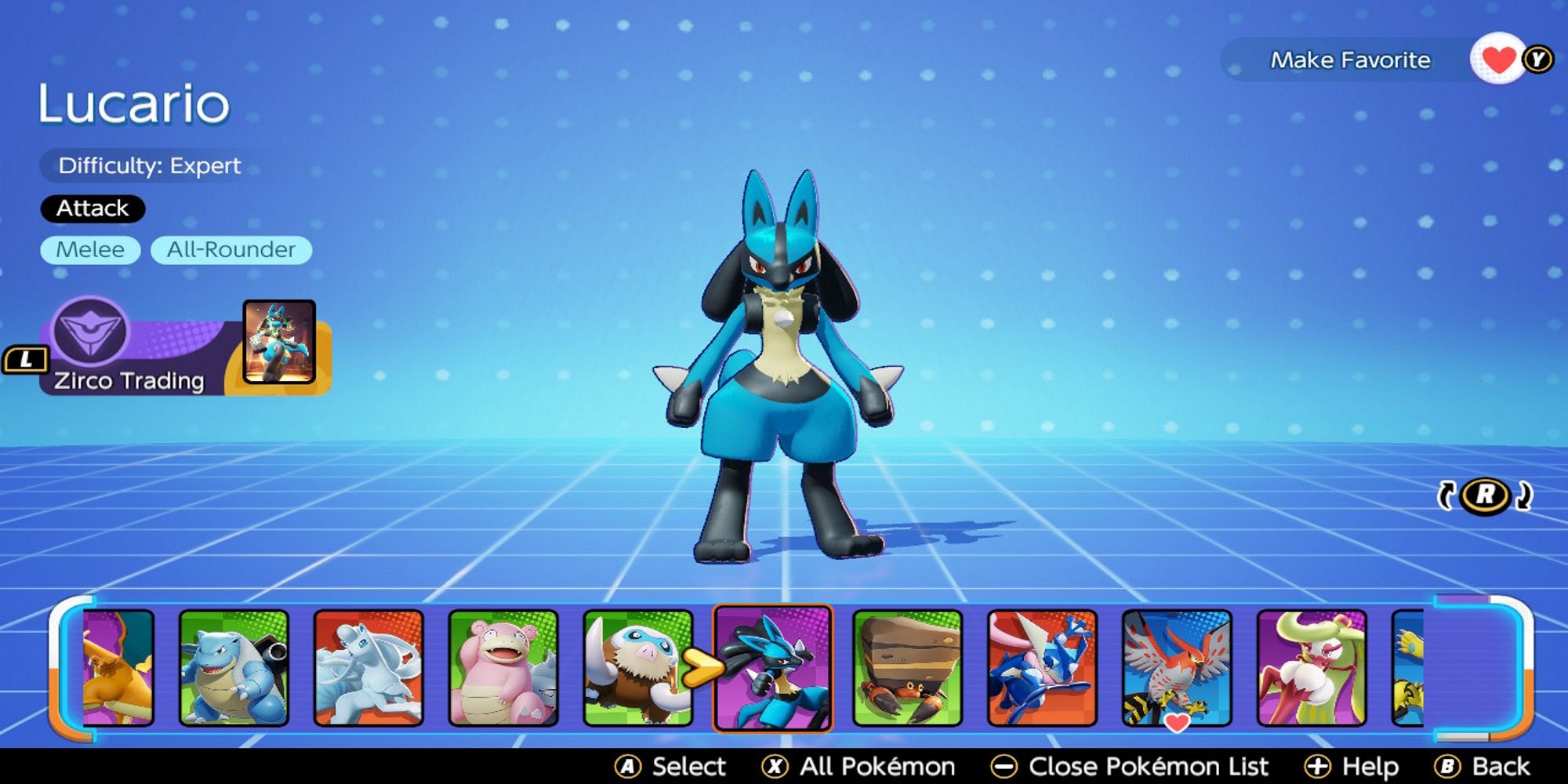 Lucario is almost the perfect All-Rounder, with high speed, good defensive potential, self-support, and a stable of hard-hitting moves. When an opponent gets the better of Lucario, the aura Pokemon develops a shield and moves faster thanks to its passive, but handy as that is, it’s the least impressive thing about Lucario.

Lucario’s Bone Rush move hits foes twice and can reset cooldown timers for some of its other moves, including Extreme Speed and Power-Up Punch. Both of those moves deal increased damage to foes affected by Bone Rush, Extreme Speed heals Lucario, and Bone Rush can even let Lucario cover short distances in an instant. The only thing to be wary of with Lucario is its propensity to getting overwhelmed by mobs. It may be fantastically powerful, but it can’t do everything on its own. 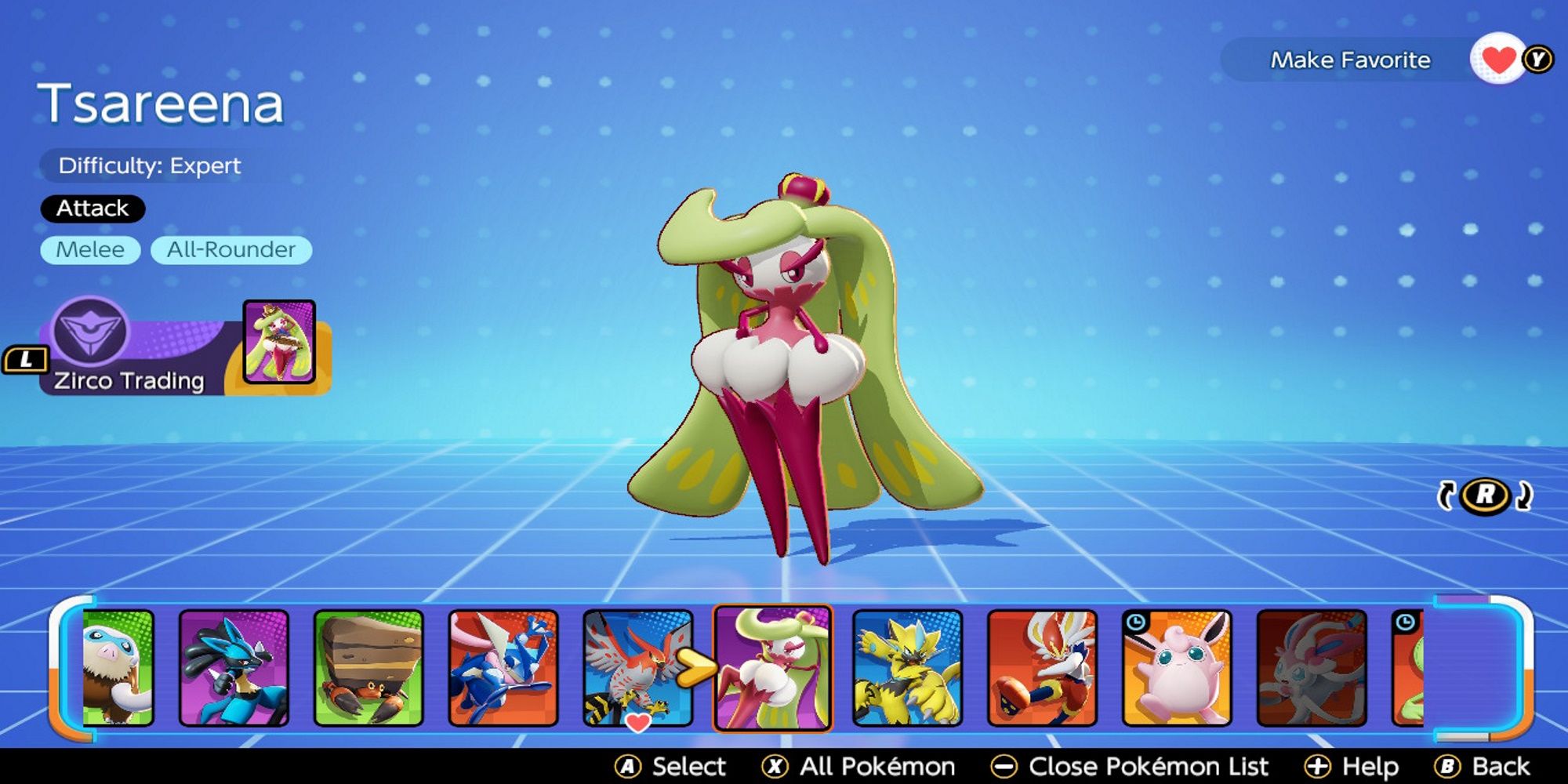 After March’s Lucario nerfs, Tsareena reigns supreme as the best All-Rounder in Pokemon Unite. Tsareena has one of the best movepools in the game and is capable of pretty much anything – demolishing individual foes, clearing out crowds with AoE moves, and even healing herself.

Tsareena’s usefulness revolves around Queenly Majesty, a passive talent whose meter increases with each boosted attack. A full Queenly Majesty meter grants useful effects to moves, such as adding a shield or healing Tsareena. Add status effects such as stun on top of that, and you’ve got a nearly unstoppable force.