Home » News » All Of The Vehicles In COD: Warzone, Ranked

All Of The Vehicles In COD: Warzone, Ranked

One of the best things about Call of Duty: Warzone is the broad range of vehicles available to zip around the map on in an effort to be the last person standing. There are five vehicles to choose from, each with their own strengths and weaknesses to consider. In the end, player choice will largely depend on both personal strategy and the size of one’s team.

Regardless of which vehicle one chooses, players need to pay close attention to its health meter. Upon reaching zero, the vehicle will explode and anyone that is still a passenger is killed instantly. There are many ways to die in Warzone, and this is the most avoidable if paid attention to. 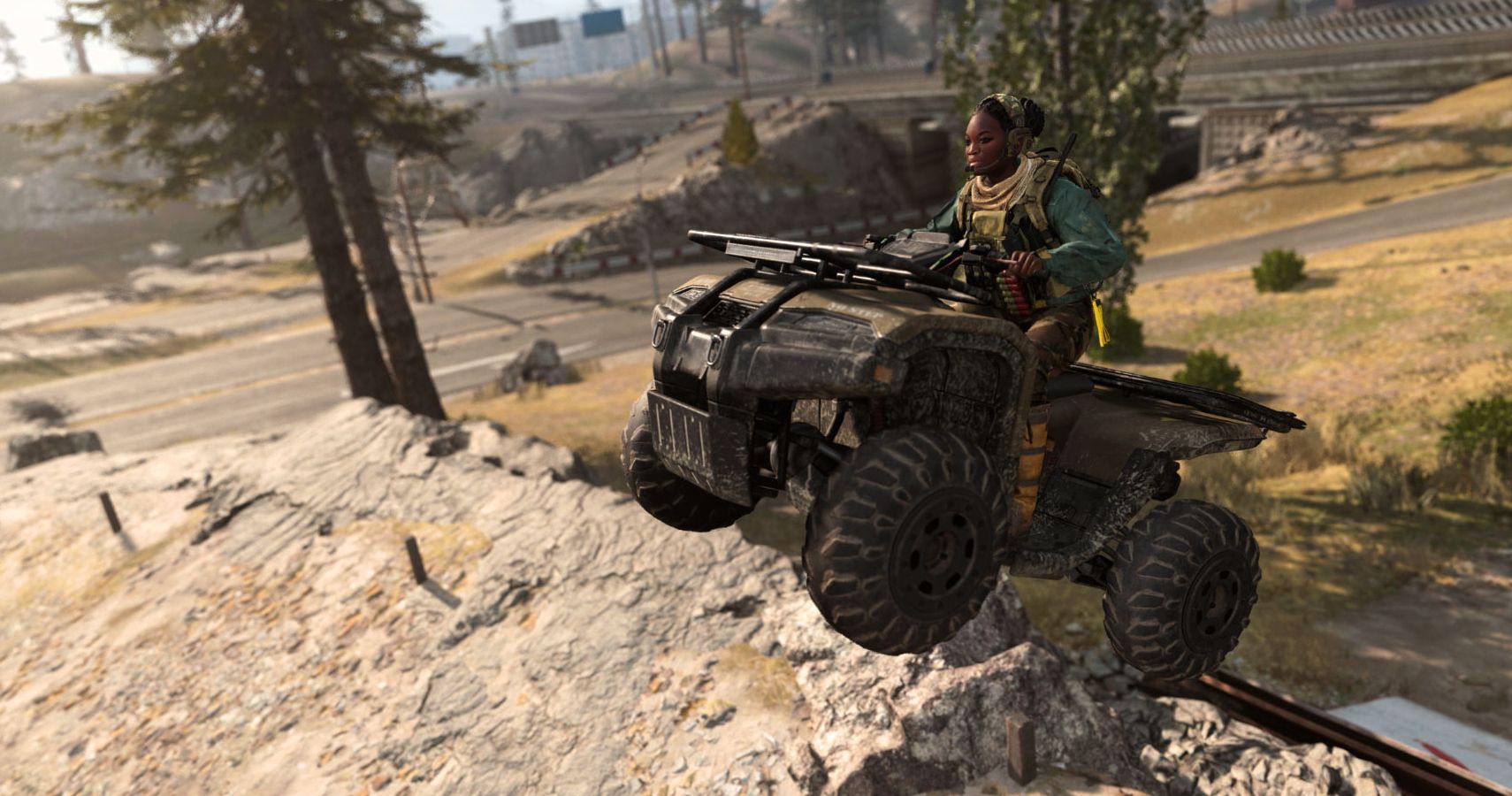 The All-Terrain Vehicle is great fun in that is allows for rapid movement across all types of terrain. Unfortunately, it offers no protection, and a decent opponent will easily kill a rider if they are moving predictably. There are also only two seats in the ATV, which is impractical while three teammates are still alive.

On the other hand, Warzone now has a solo mode, and for single players the ATV can be a great choice to get around fast, despite its lack of protection. 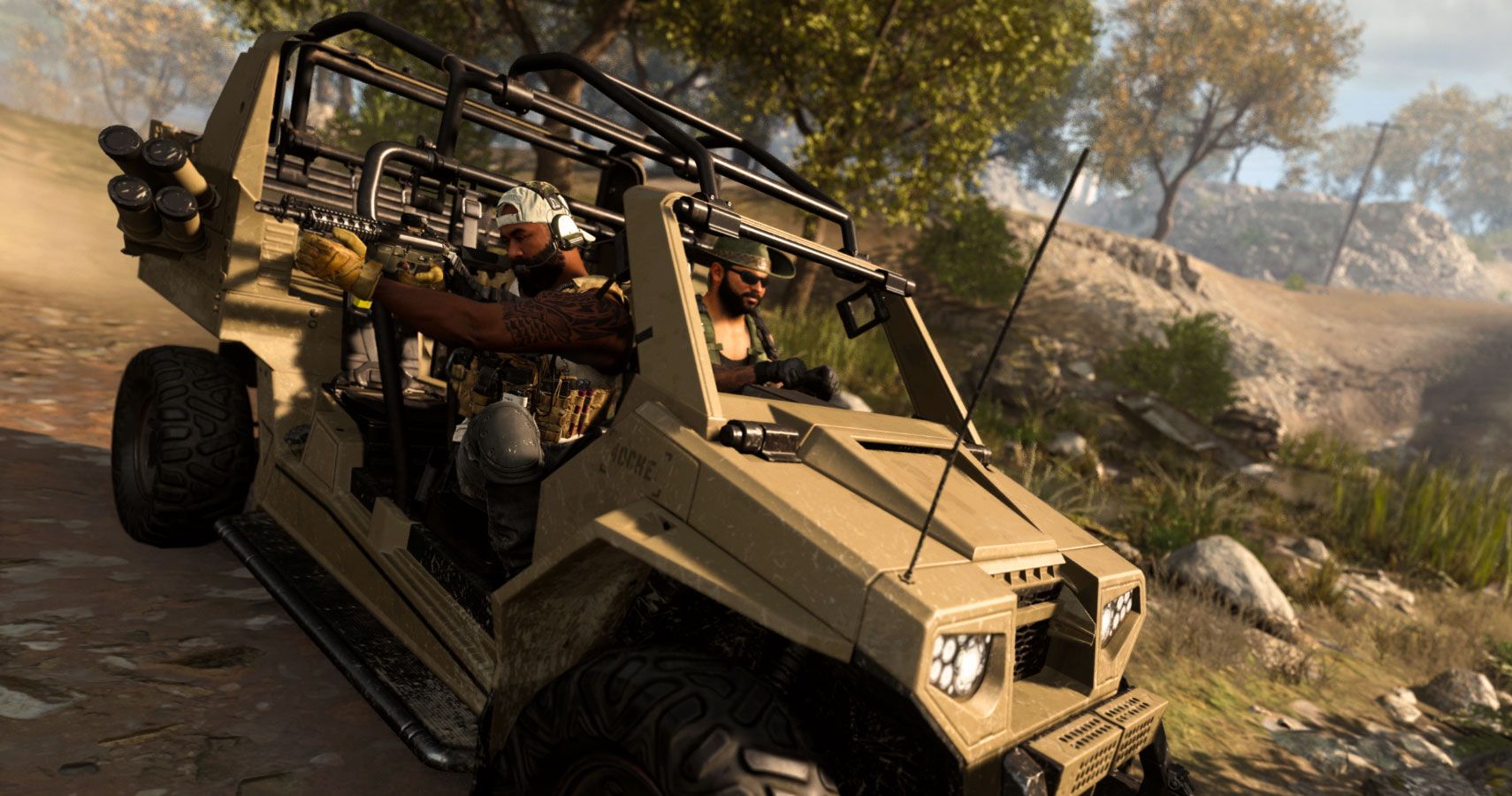 Players should beware before piling into a Tactical Rover. It does have ample seating for an entire team but offers no real protection against anything and is not able to traverse as easily as the ATV. The problem here is that newer players may get a false sense of security because the Tactical Rover looks like it might provide some defensive cover, but any opposing squad that sees this vehicle being driven can unload their weapons and likely score some easily eliminations. Use at your own risk! 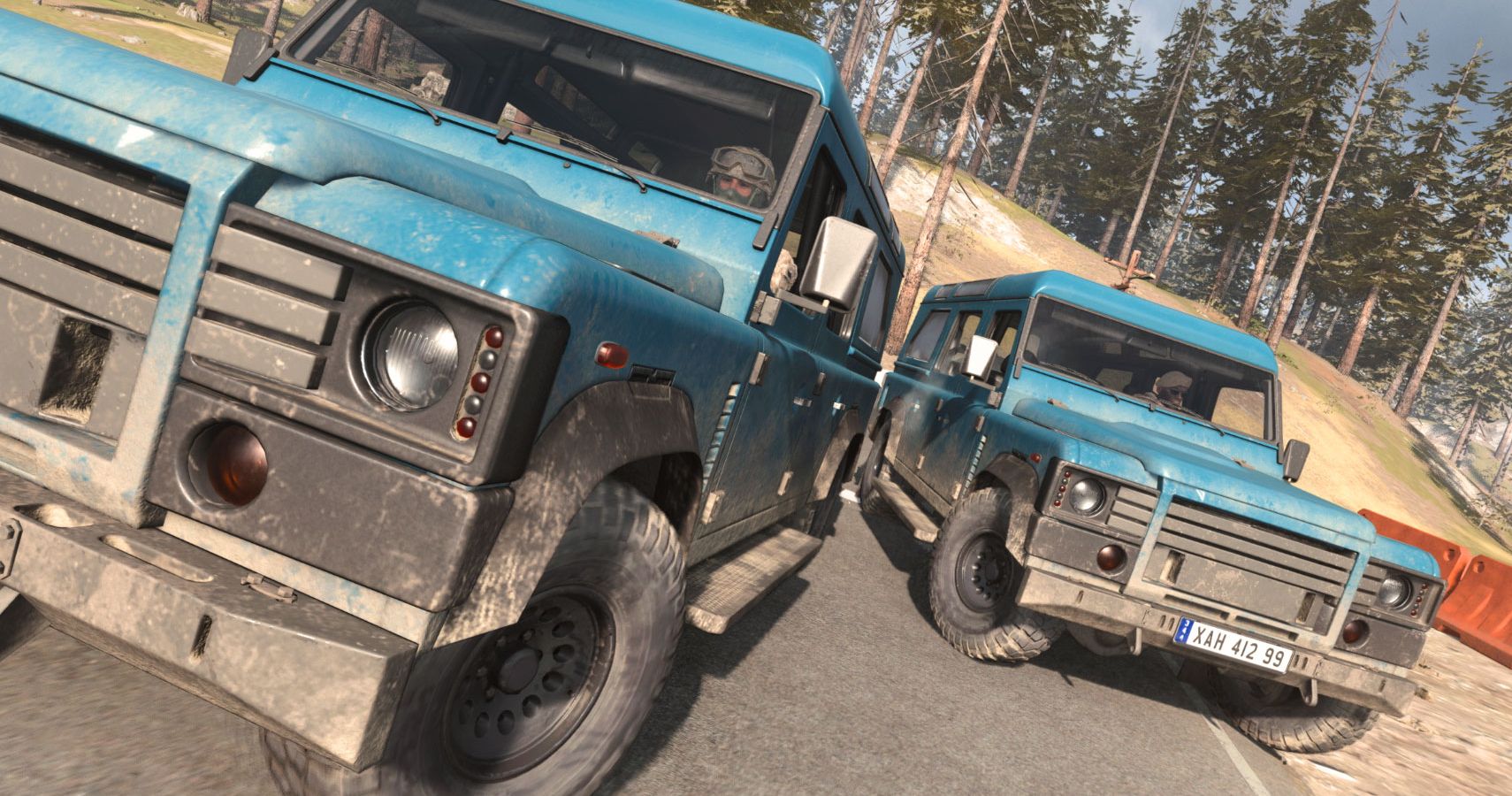 The Sports-Utility Vehicle is one of the most useful for teams of players, even if its comparatively bright colors make it stick out in most places. If spotted, the SUV offers far more protection to its passengers than the Tactical Rover with full doors as opposed to being completely exposed. As a trade for greater defensive capabilities, the SUV is slower than both previous vehicles. Due to its larger size, bright colors, and louder sounds than the previous vehicles, there is no way to use the SUV and expect any sort of stealthy arrival. 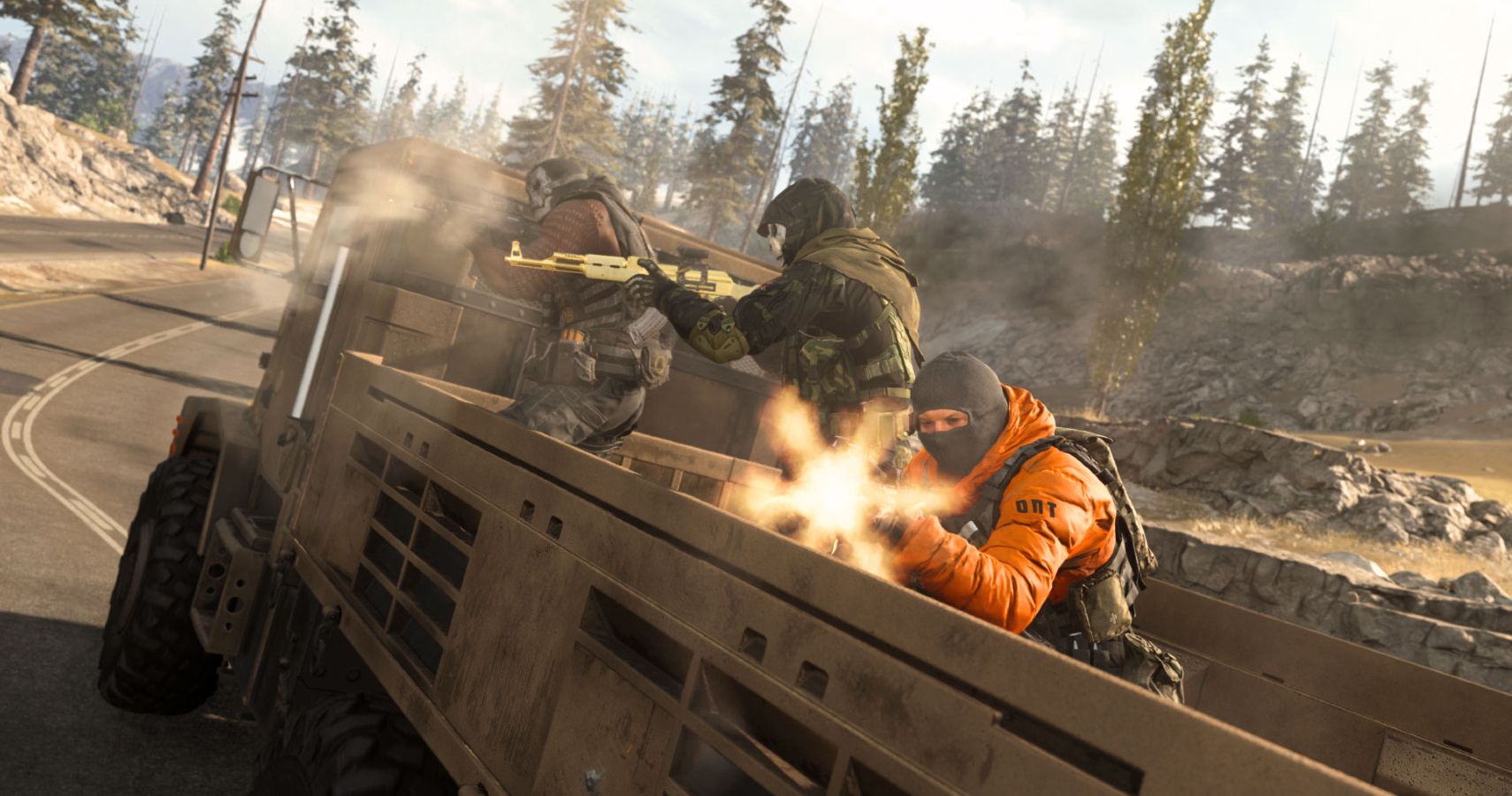 The Cargo Truck is one of the more interesting options. As the largest and loudest vehicle in the game, it offers some of the best defensive coverage since fighting from the flatbed slightly elevates the passengers compared to their targets. As the slowest option for ground travel, players should be confidant in their ability to defend themselves, since any other vehicle will easily catch up and bring the fight with them.

As the Cargo Truck is so large, players can also use it to transport a secondary vehicle – a single ATV, Tactical Rover, or SUV can fit on the flatbed. 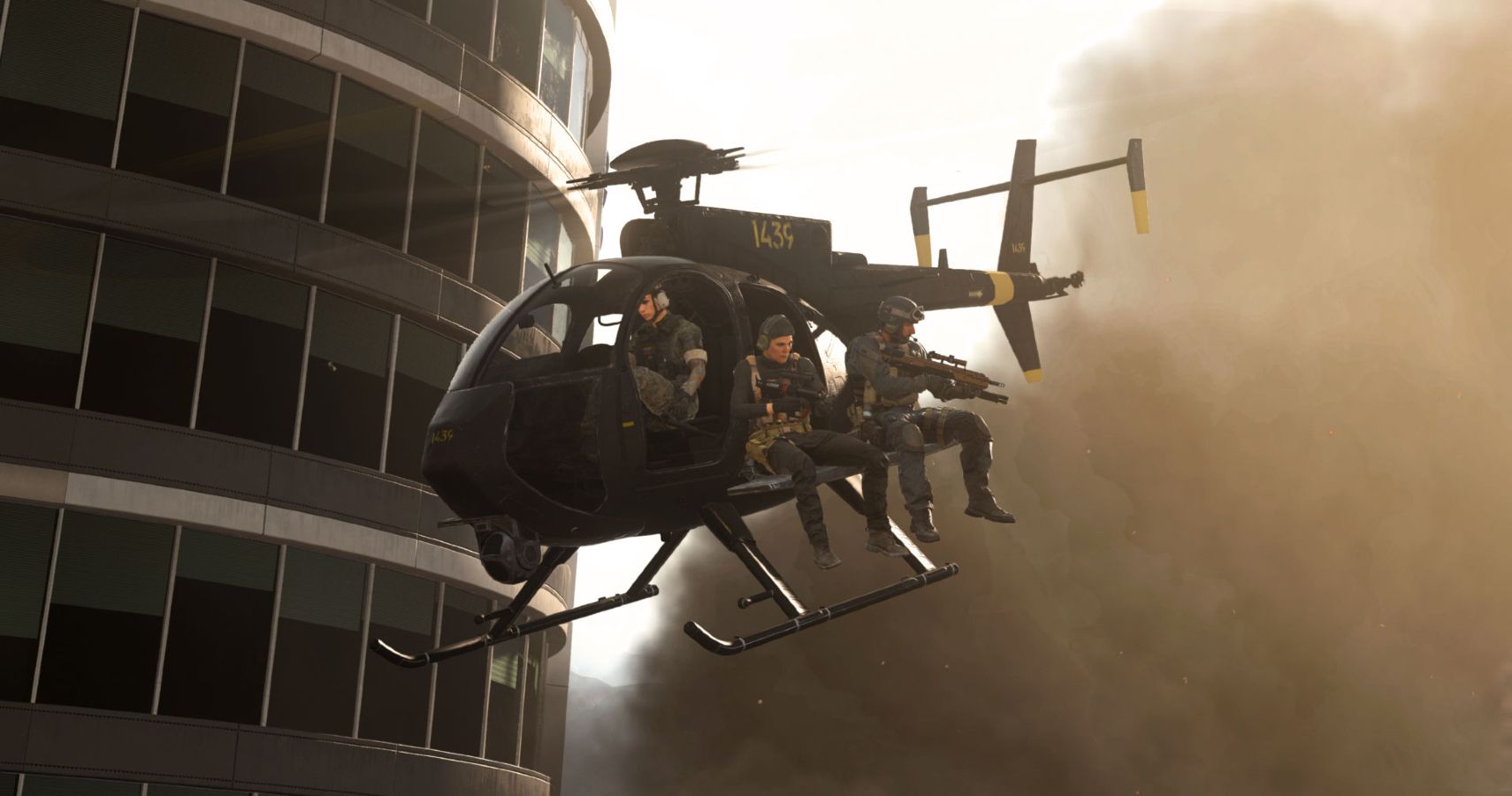 The Helicopter is in a league of its own, allowing for up to four players to ride inside, and is able to traverse the entire map in the fastest way possible. The ease with which players can move vertically makes it a simple matter to relocate from rooftop to rooftop. While it is by far the most efficient way of navigating the map, it is also the most conspicuous.

Opposing players will spot a Helicopter from afar and can try to take it down with little to no risk to themselves. A missile can quickly destroy a Helicopter, and there is little protection from bullets as players are literally sitting on the outside. The Helicopter takes the top spot but is certainly a high-risk, high-reward vehicle.

1 Available In Plunder And Battle Royale

All of the vehicles listed above are available in both modes available in Warzone. Ultimately the preference for which vehicles to use will be limited by availability, as players often take whatever they can get. Strategy also plays a part, since both modes have different goals. For Solo mode Battle Royale players, a viable strategy may be to use an ATV to move quickly and avoid all confrontation; Meanwhile in Plunder, a dominating team that is nearing the end of the game with enough points may want to take a stand with the best defensive option.

At the end of the day, each vehicle has its merits and flaws, and it is up to players to determine how best to use each.