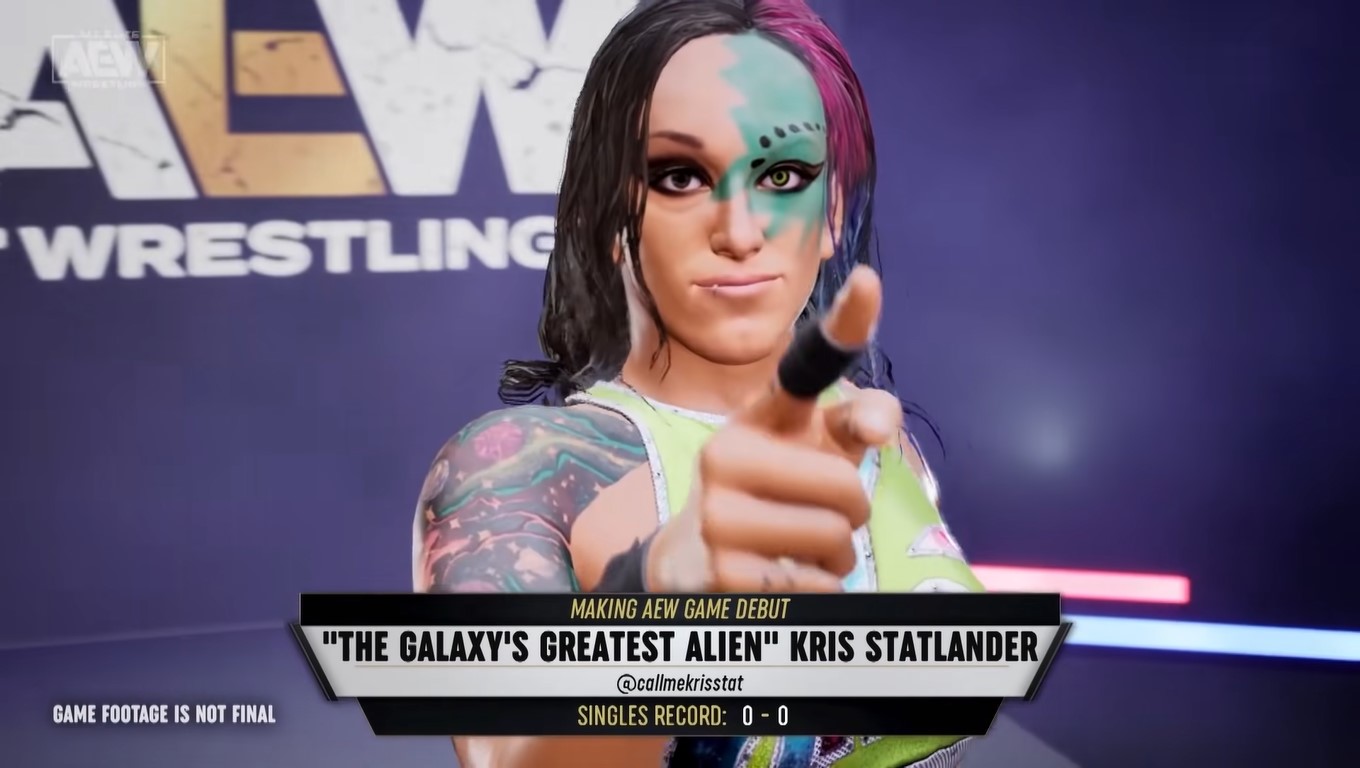 Rumours that former WWE developer Yuke’s is working on a new AEW wrestling game have been confirmed true, as the first footage is unveiled.

It’s been a roller-coaster few years for wrestling fans looking for a decent video game tie-in, with long-time WWE developer Yuke’s exiting the franchise in 2019 and the subsequent game from new developer Visual Concept being so bad it caused the series to be suspended for over a year.

The big comeback with WWE 2K22 was, surprisingly, worth the wait and now it’s hoped that Yuke’s will have a similar reversal of fortunes, as they tie their mast to that of WWE rivals AEW (All Elite Wresting).

According to Yuke’s, the problems with the last few WWE games were because of interference from publisher 2K, so they’ve been keen to get back into the business and AEW does seem the perfect vehicle for them.

There’s not much to learn at the moment, other than the new game is called AEW Fight Forever and the first tease of footage focuses on Nyla Rose and Kris Statlander.

It’s only a few seconds long but the action is definitely reminiscent of the Smackdown games, from back when Yuke’s WWE games were still fan favourites.

There’s no indication of a release date or formats (just PC and consoles at the moment) but rumours, which have been right so far, suggest it will be out sometime this autumn.

Whether or not it’s intended to become a yearly franchise is not yet clear and the fact there isn’t a year in the title suggests that Yuke’s is waiting to see how things go first.

Japanese studio Yuke’s has been making wrestling games since the mid-90s, starting with New Japan Pro-Wrestling, which is based on Japan’s top wrestling promotion and which they now own a majority share in.